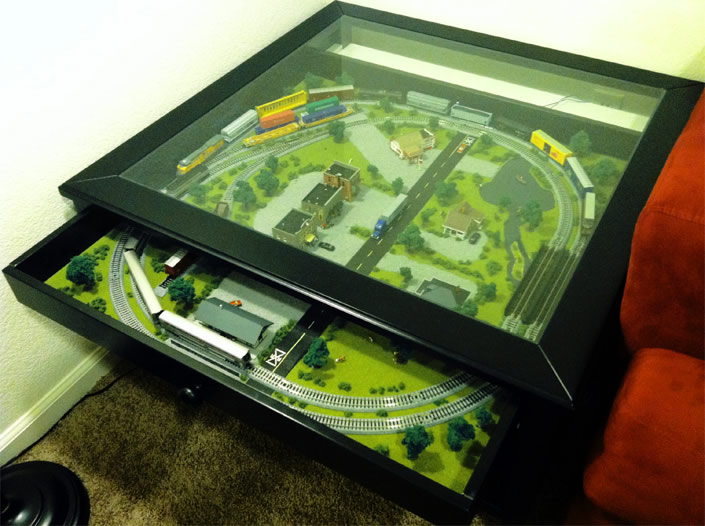 A man named Jaxan built a miniature train set into an IKEA Liatorp coffee table. It is such a great idea!

After assembly, the only thing left to do is design the train layout. I used a program called AnyRail available at anyrail.com. Once the layout is set, it’s just a matter of purchasing the engines, cars and scenery that you like to complete the look. Since this was my first attempt, I spent a little more than I probably would have liked but I think it was worth it. It’s definitely a conversation piece and fun to look at. 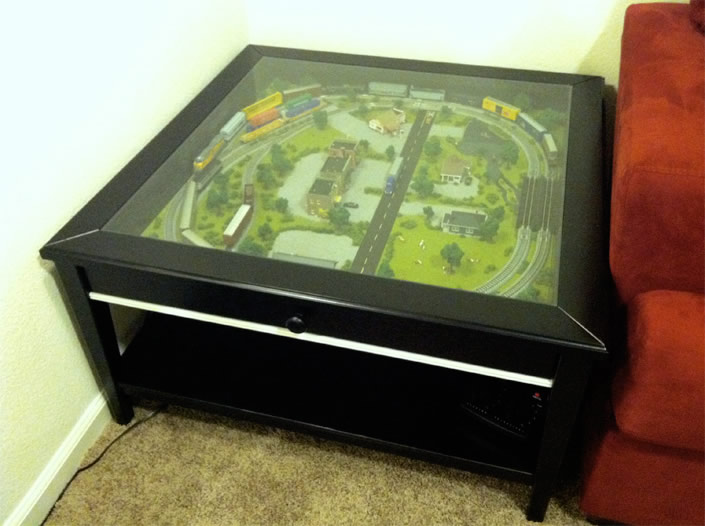