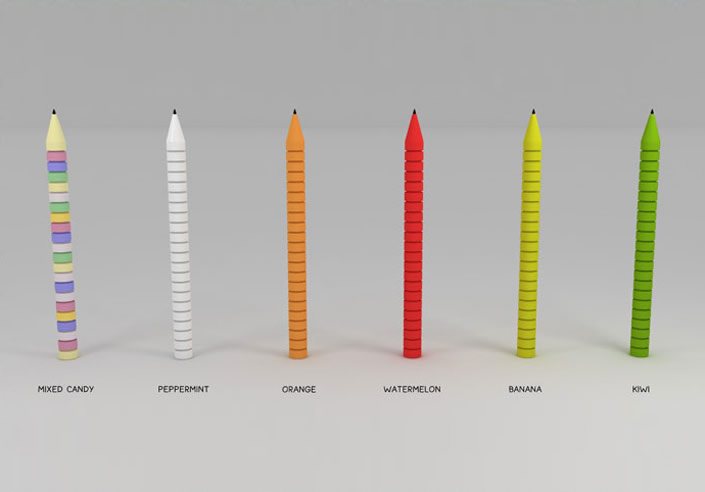 “Edible Pen” is a product design by Dave Hakkens. Instead of chewing on a plastic pen, eat some candy!

I first wanted to make something so I could chew on my pen without making it dirty. When looking at the pen I noticed that you only use the ink, the other stuff is just there to hold filling more comfortable. Isnâ€™t it possible to eat the whole cover? That was my goal, a pen where you can chew on and entirely eat. First gathered at a lot of pens and looked what makes it good to chew on.

With that information I made 3 different molds and started testing out different types of candy, the breaking point and which chew the best. When I found the shape and candy I made a final model in peppermint flavor. The candy which is used doesnâ€™t stick on anything and doesn’t melt when it’s in your hands. (To get an idea: It has the same texture as candy bracelets.) It contains 22 pieces and is filled with edible ink. The only thing which isn’t edible is the small point where you write with. When finished you throw it away or put in in a new re-fill pen. 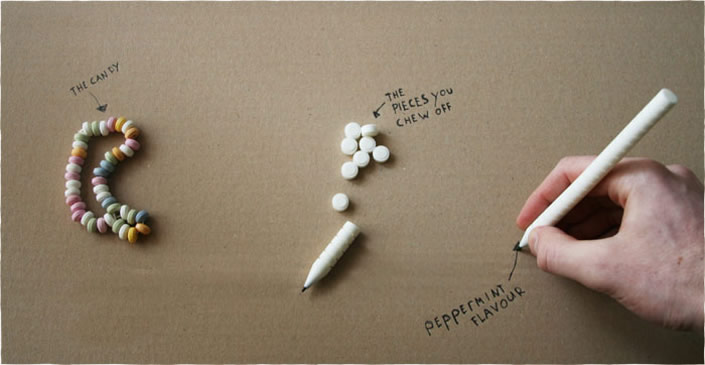 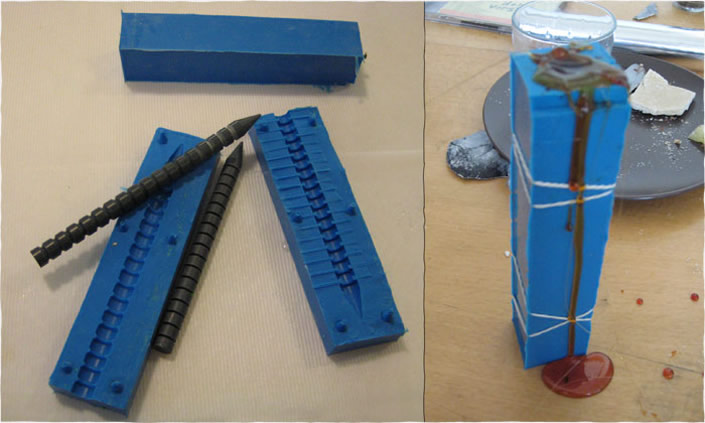 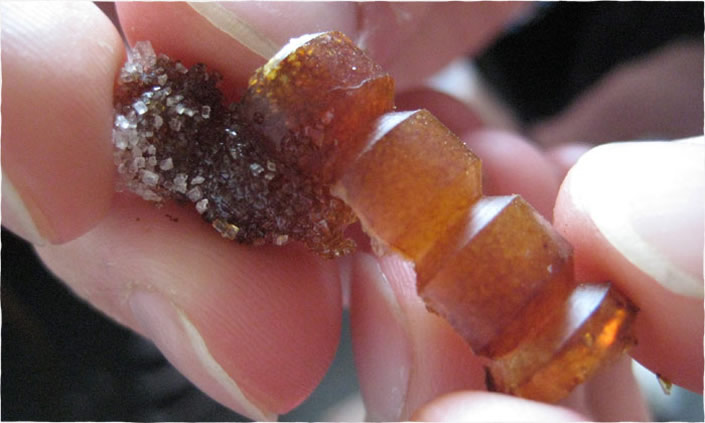 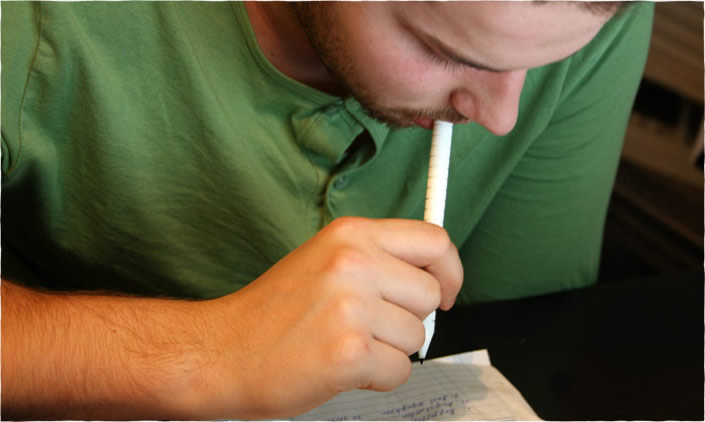