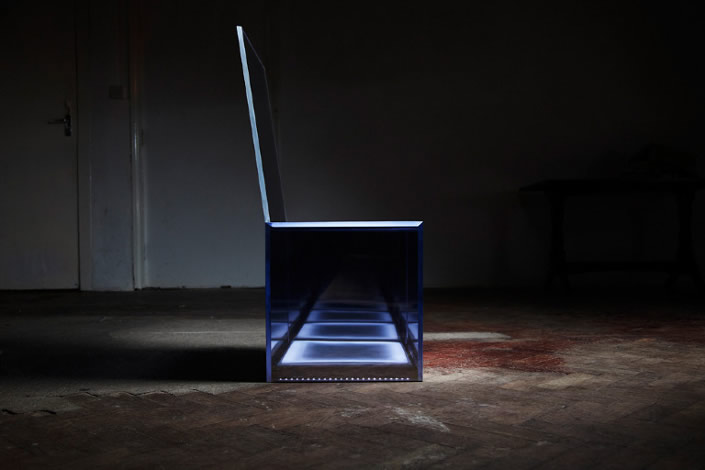 It is actually called the “Affinity Chair,” which explores our relationship with light and space. It was designed by Ben Alun-Jones, who built it using materials such as acrylic, mirror film, LED, ultrasonic sensor, and custom electronics.

Official notes about the “Affinity Chair” (from the designer’s website):

Born out of an attempt at the impossible, the Affinity chair explores our relationship with light and space. When alone, the chair merges into the background becoming almost invisible as it cloaks itself in its environment. However when approached, the chair wakes, becoming transparent, revealing hidden depths and creating an almost infinite space beneath. As the sitter comes closer to the chair, the chair’s heart rate increases reminding us that even though it wants to escape, it is firmly and almost painfully stuck in front of us. 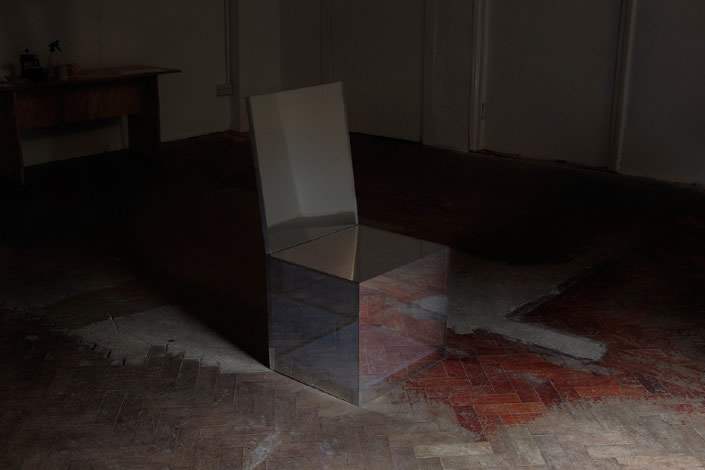 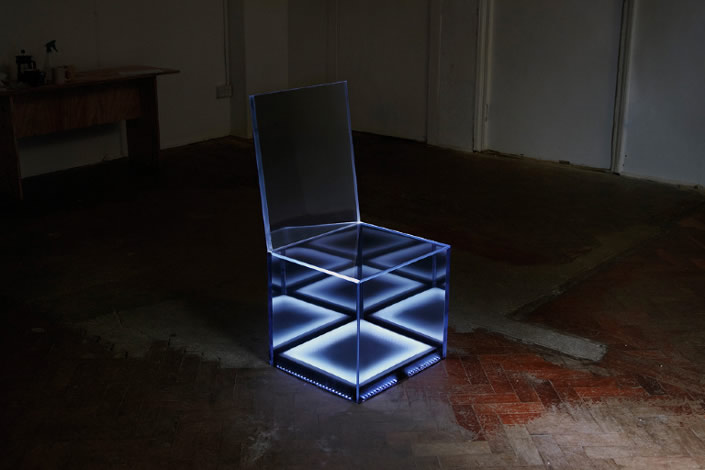 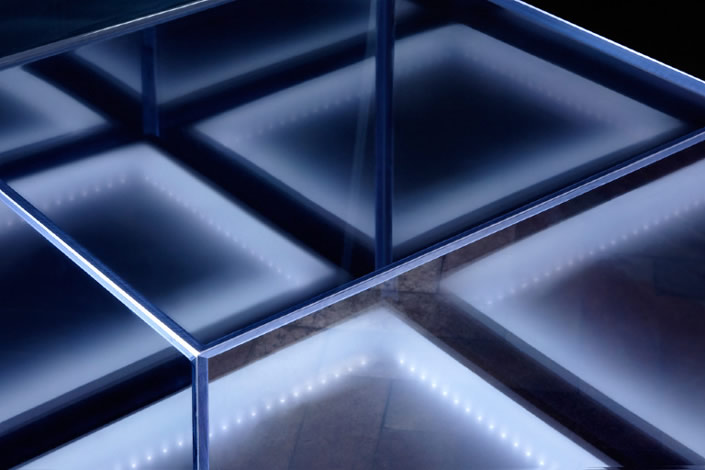