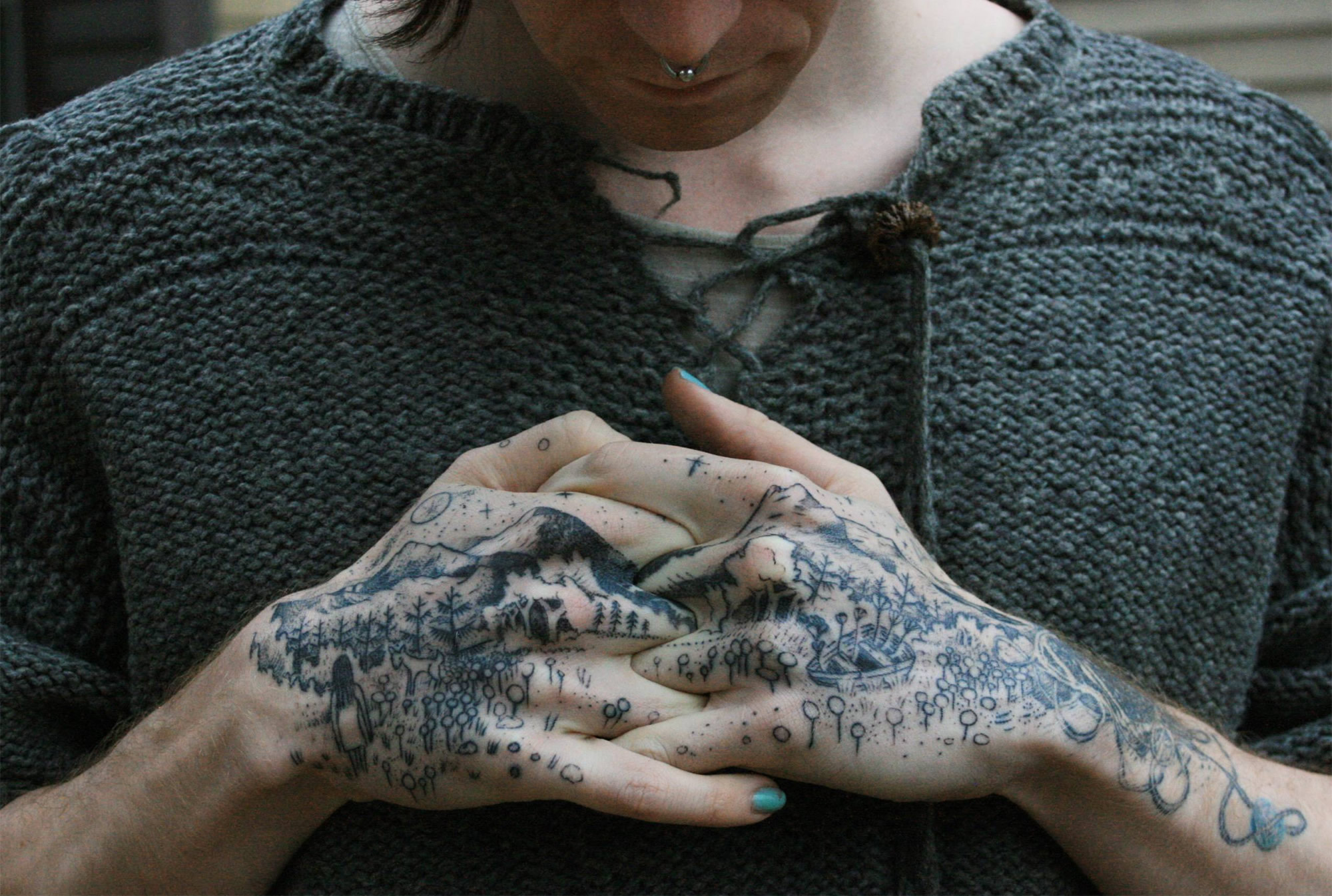 When considering a tattoo, many people turn to hot trends for inspiration. And there are plenty of interesting styles that come and go.

But for such a permanent purchase, it‚Äôs more important to find an artist who speaks to the most stable parts of your identity. Ignoring what‚Äôs in and focusing on what‚Äôs you is the best way to avoid regret down the road.

Today, we take a look at some new and growing artists with clear points of view. Still carving out their niche in a crowded marketplace, they all share one philosophy in common: tattoos should be driven by passion, not fashion. 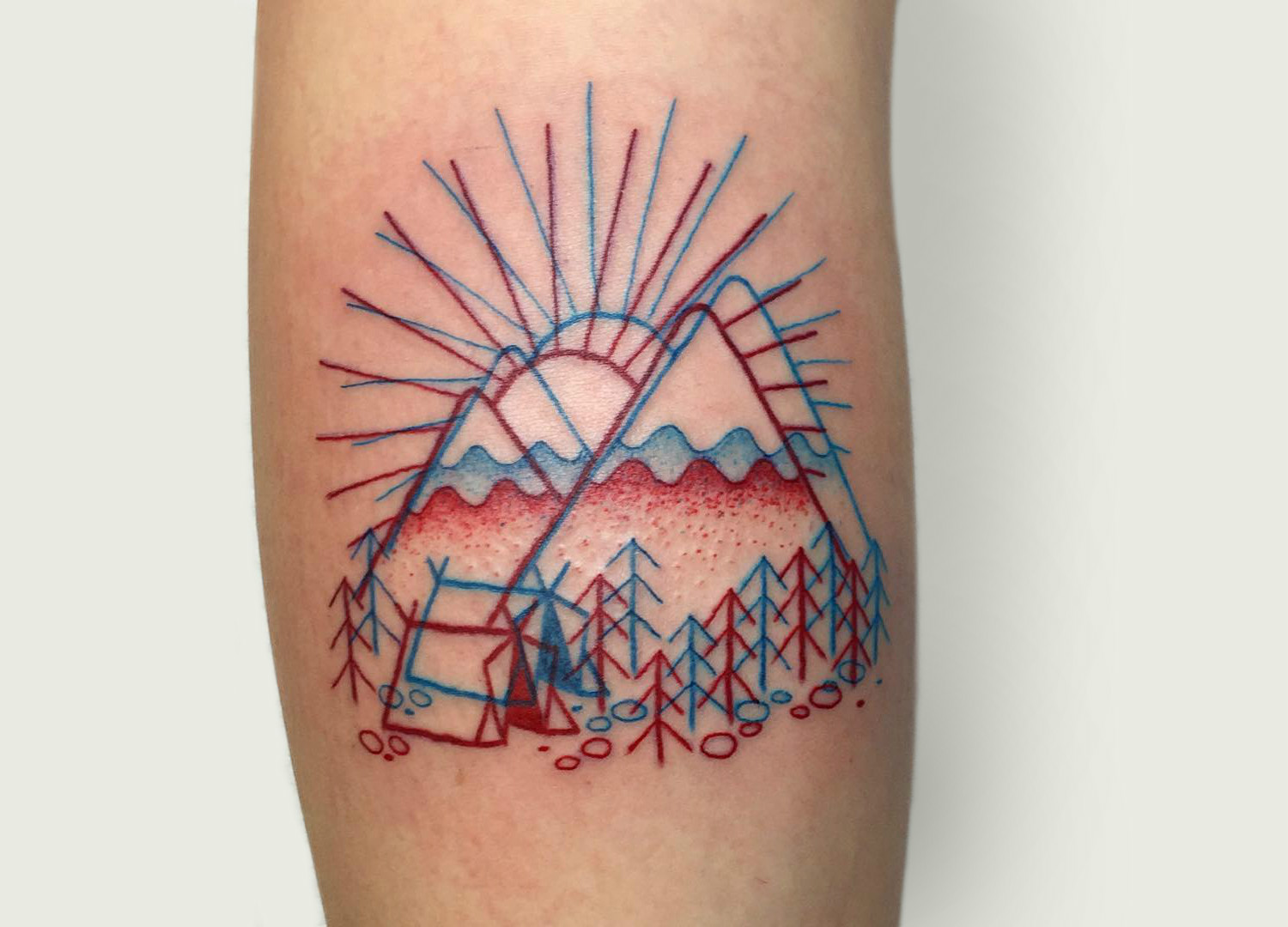 Oregon-based tattooer Dave “Winston the Whale” loves classic motifs that span generations. “My approach is to mix some traditional themes with more contemporary concepts,” he explains. He finds balance between vintage and modern trends, then strips away details to boost impact. “I‚Äôm really attracted to mid-century design and architecture; the whole ‚Äòless is more‚Äô look with maximum functionality.” After sharpening his skills at Portland‚Äôs Sideshow Alley Tattoo, he‚Äôs now flying the coop with his own private studio. 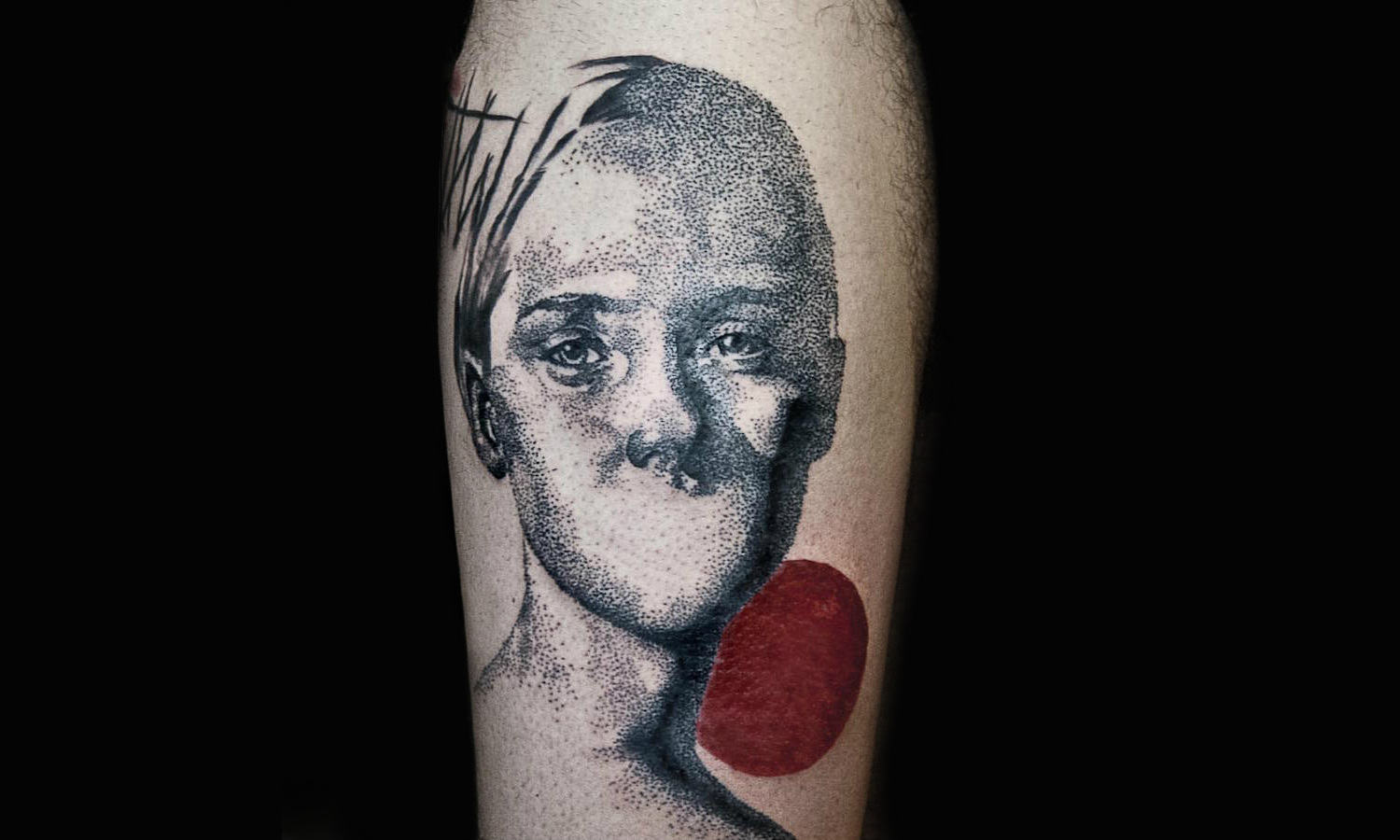 “Silence is Golden” by Nick Avgeris.

Greek painter and illustrator Nick Avgeris is a new addition to Athens‚Äô Luv ‘N Roll team. His tattoo portfolio runs just six months deep, but what he lacks in longevity he makes up for in creativity. With expressive portraits and high concept surrealism, his sketchbook is full of interesting ideas for adventurous collectors. 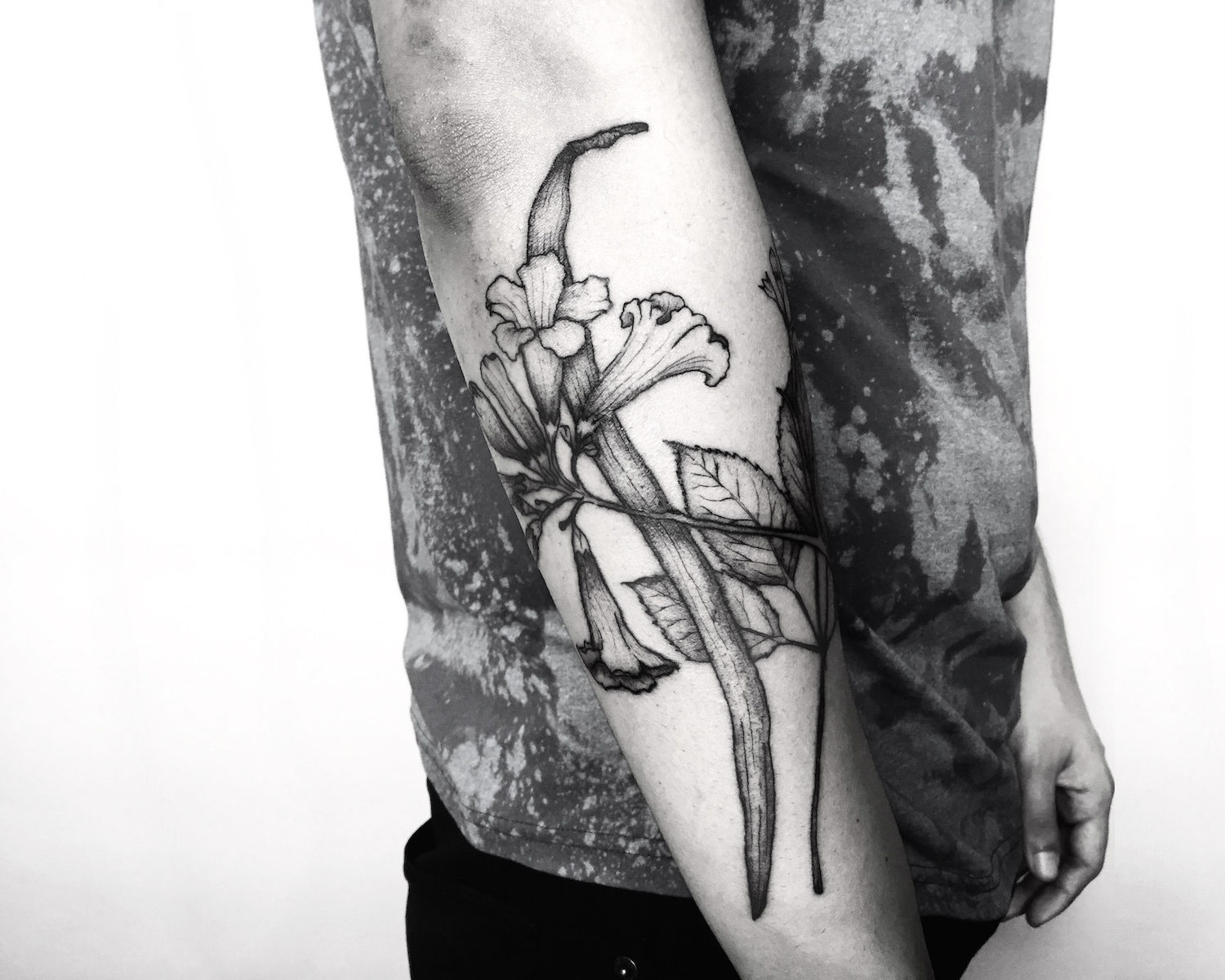 Recently taken under the wing of Maxime B√ºchi, Jorge “Errance” Ramos is an ambitious illustrator and tattooer from Puerto Rico. He specializes in black and grey hand-poked tattoos, adding the occasional muted color tones. He pulls inspiration from botanical illustrations, German Expressionism and Soviet Constructivism, and will be traveling the world for guest spots through 2017. 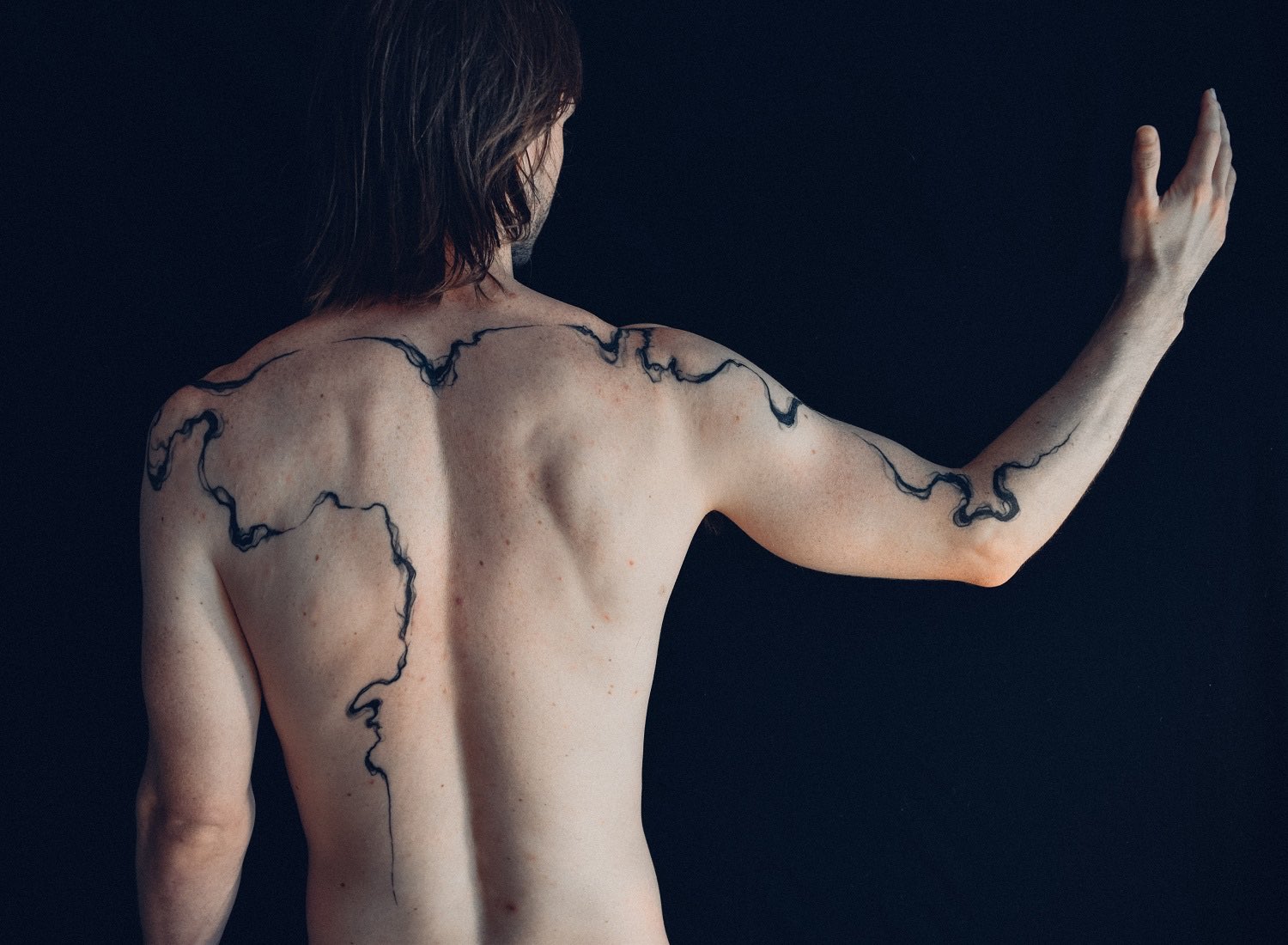 A musician and master woodworker for years before she started tattooing, Melanie Steinway‚Äôs best work embraces rhythm, movement and body contouring. This Colorado-based artist is trying different styles on for size, navigating where her voice meets the American tattoo market. Her goal is to move into abstract and experimental tattooing full time, an area where she naturally thrives. 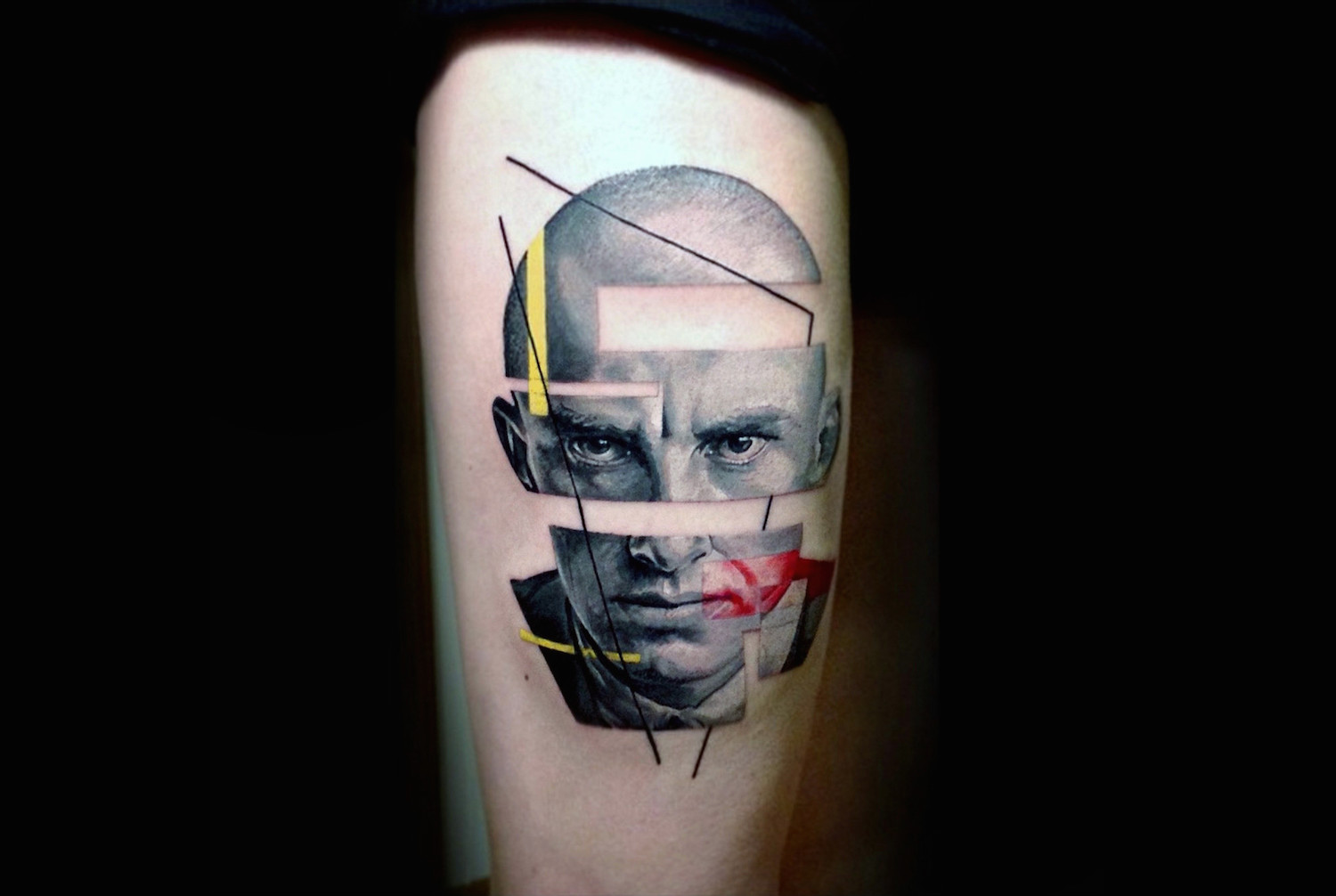 Moscow‚Äôs Vlad Tokmenin splits his time between a few tattoo studios and different art styles. Now he‚Äôs having fun mixing pop art with realism, using bright color swatches and simple shapes to lighten up the gravitas of photoreal portraits. His new ideas and diverse skills should make his portfolio an interesting one to watch this year. 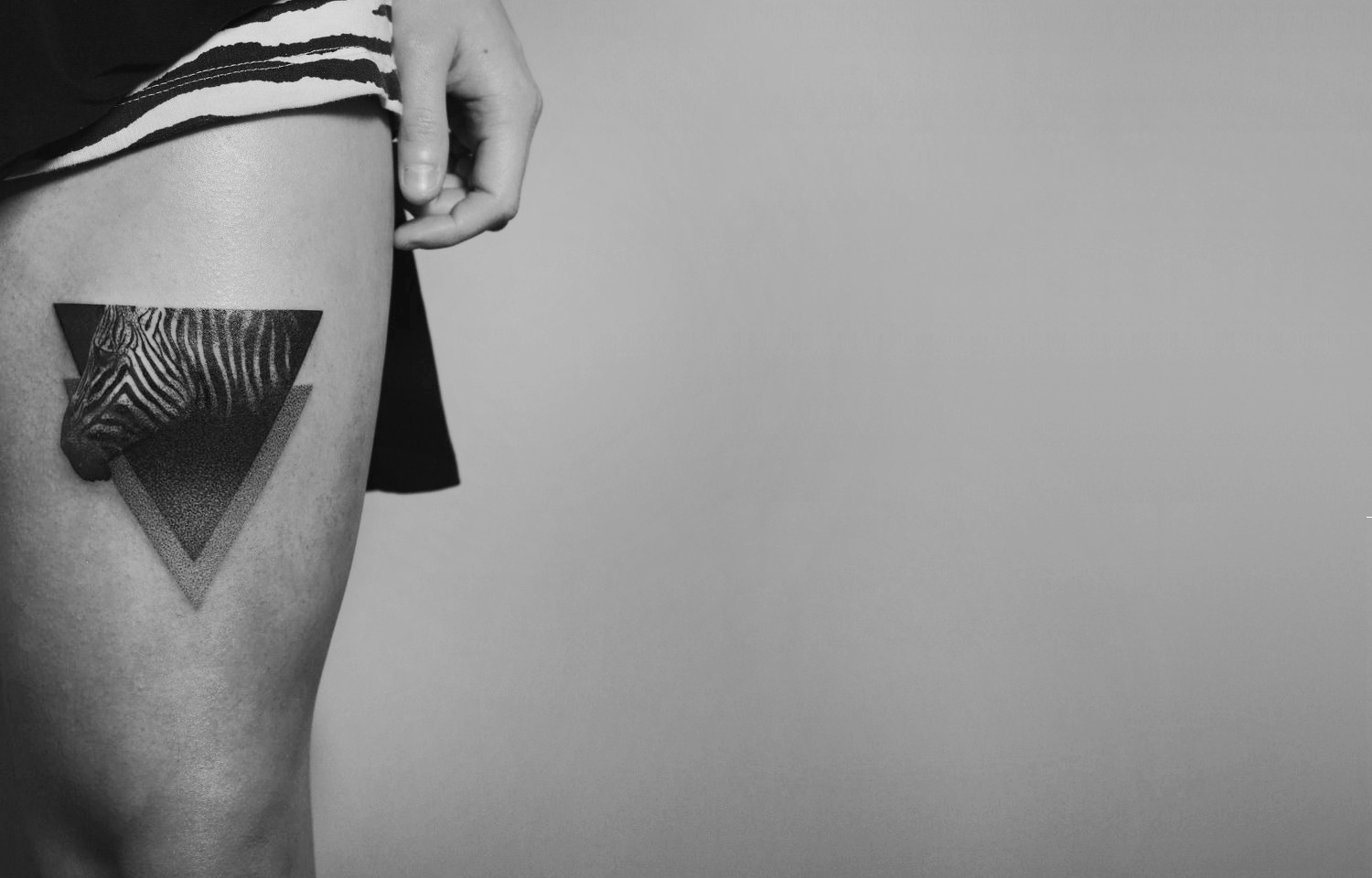 Bold yet subtle at the same time, Pawe≈Ç “Dotyk” Indulski blends his work with customers‚Äô skin tones using dotwork gradients, only to punch up the contrast with pops of negative space. Dotyk surprises and seduces his audience with film noir silhouettes, photorealism, and re-creations of classical paintings. 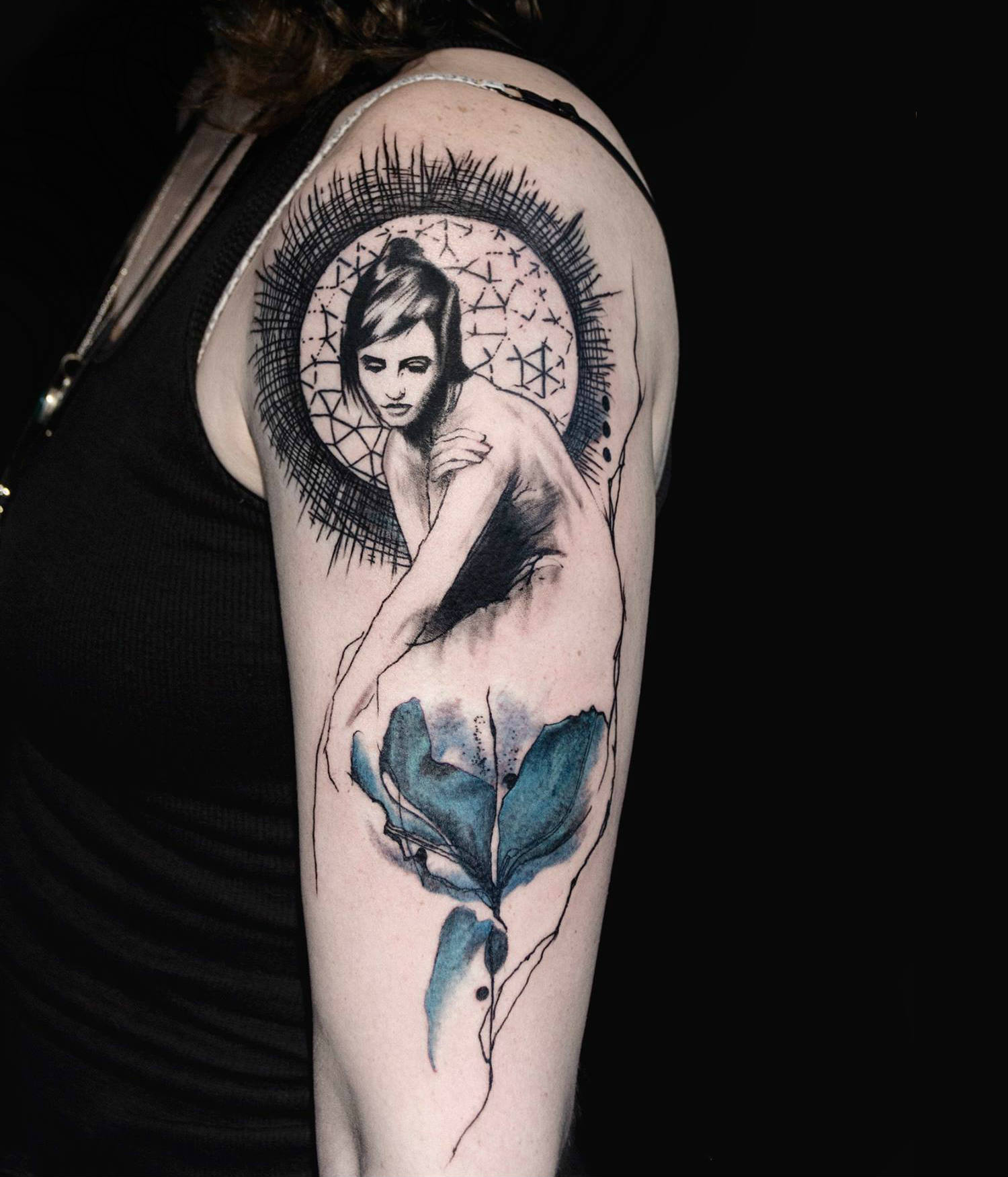 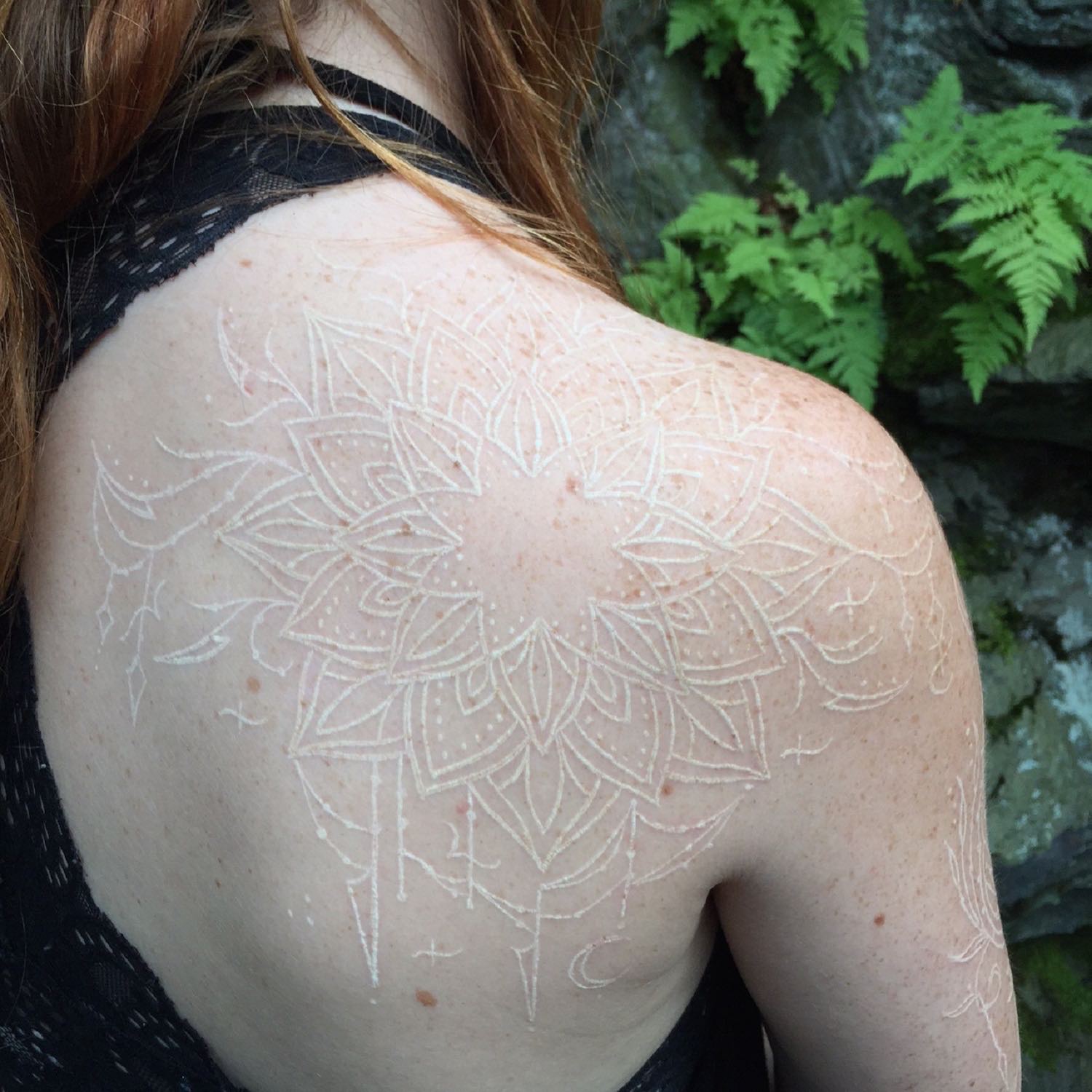 “Tattooing is a sacred act,” a motto Tai Van lives by. He‚Äôs an energetic spirit, a self-described ‚Äúforest creature” who just opened a shop in the Colorado mountains. Mentored by Watson Atkinson for years, a master of blackwork and white ink tattoos, Tai Van feels “blessed to be united with countless kindred souls and teachers.” This new venture is “an electric and intensive passage,” but he can‚Äôt wait to see what tomorrow will bring. 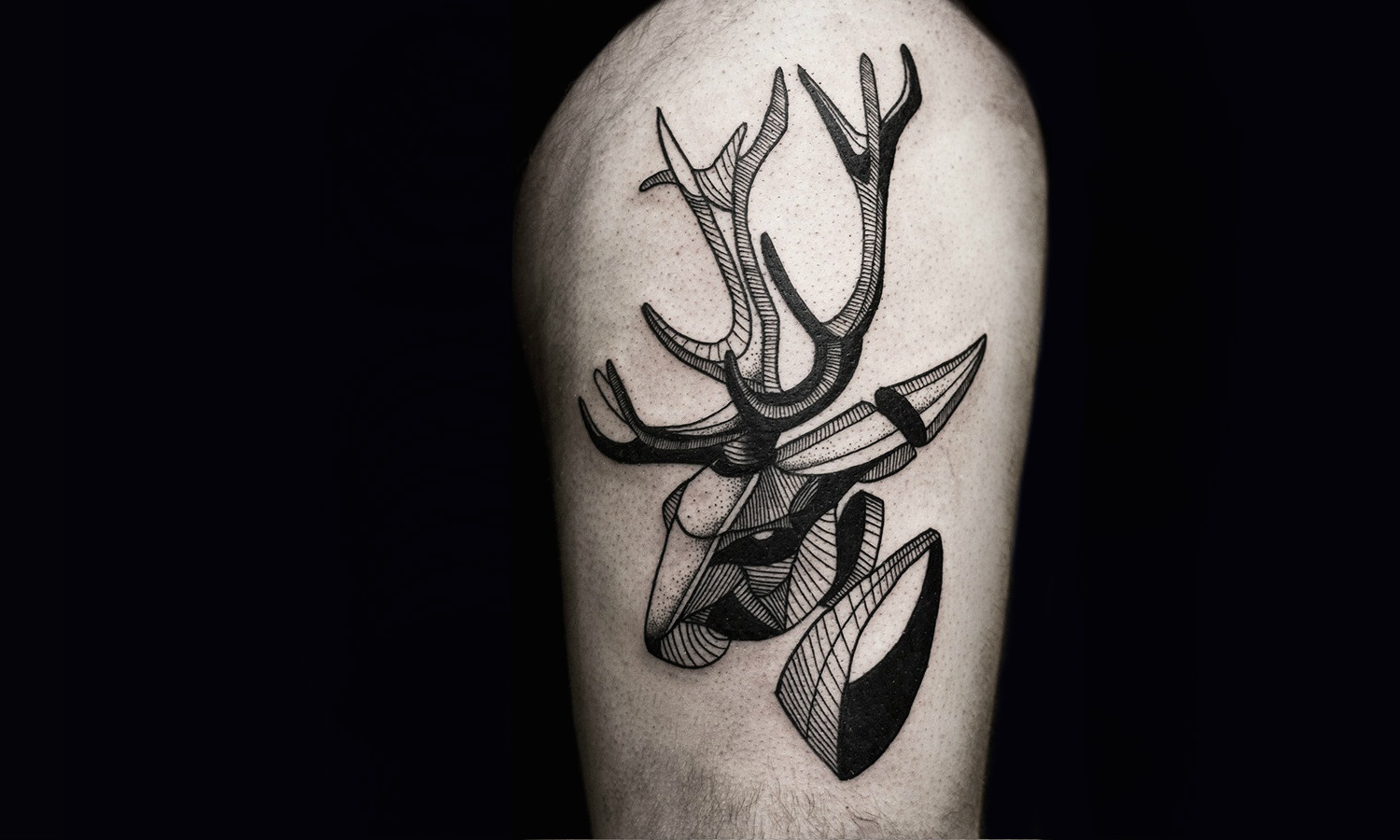 In less than a year, Evel Qbiak‚Äôs tattoos are already cohesive and clean, inspired by op art and distorted perspectives. Her background as a graphic designer and illustrator for children‚Äôs books laid the groundwork for this new career. In 2015, she took an apprenticeship with Rock’n’Ink Tattoo, one of Poland’s top shops for modern art. Whenever an artist‚Äôs voice is so distinct right away, it‚Äôs a sign they‚Äôll be a strong player down the road. 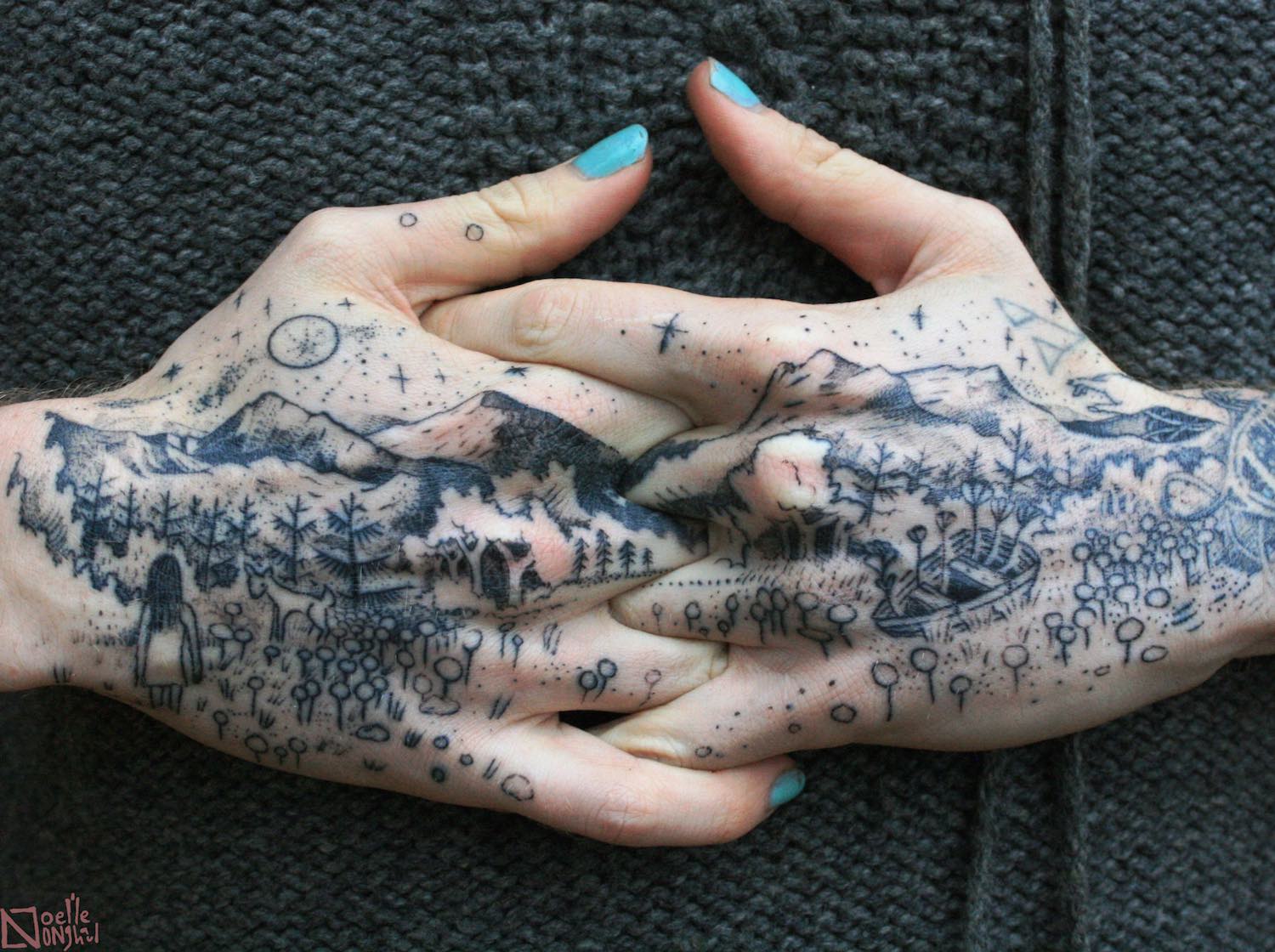 A closer look at Noel’le Longhaul’s piece. These tattoos are intended to degrade and soften with time.

Interdisciplinary artist and self-proclaimed ‚Äúskin witch‚Äù Noel‚Äôle Longhaul splits their time between music, art installations and body modification. Tattooing came about organically, along with gender identity (Noel‚Äôle embraces she/they pronouns). What began as a tool to explore their embodiment soon turned into a healing practice for others, a way to help anyone feel more comfortable in their skin.