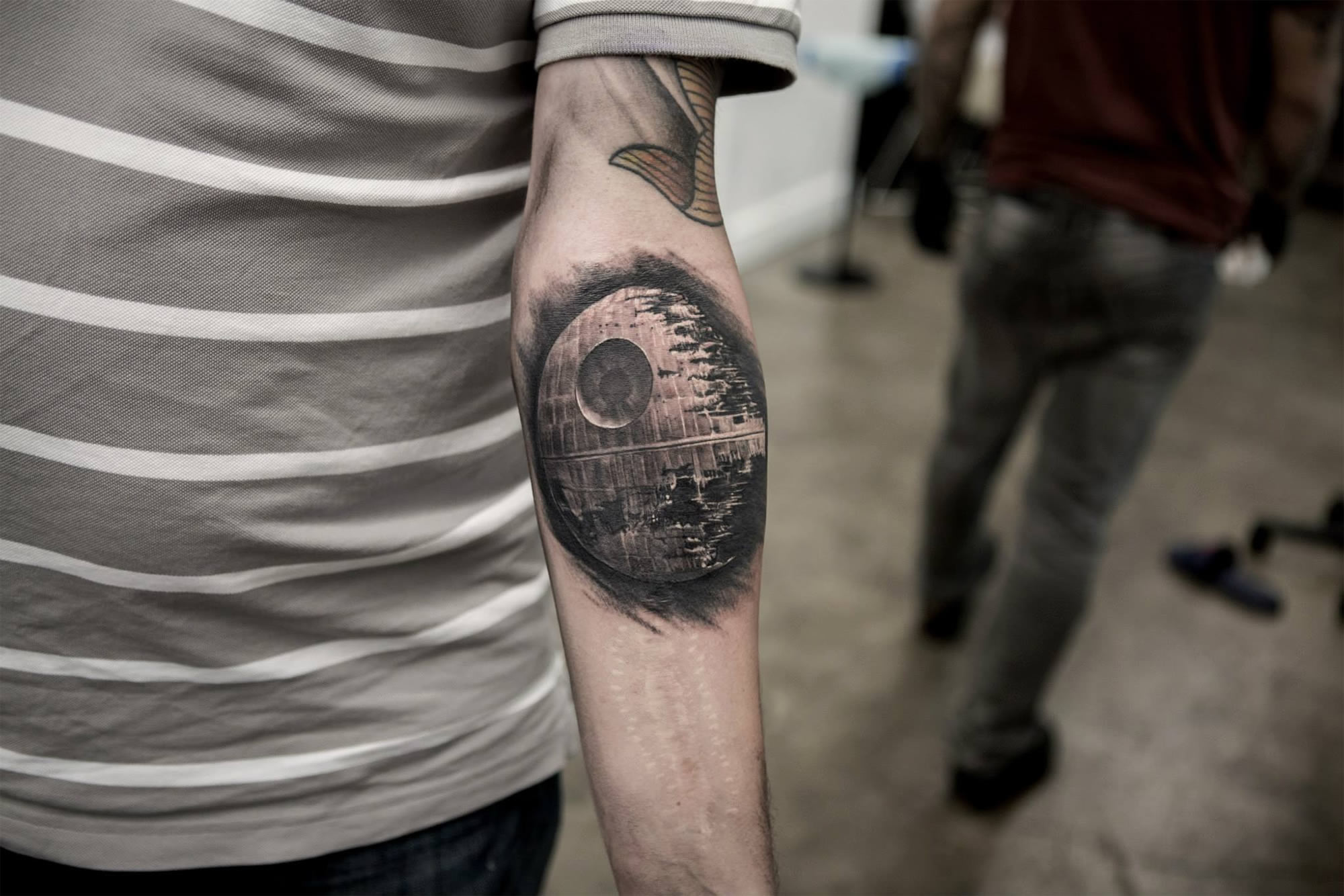 Ralph McQuarrie is no longer with us, but he was the designer who created the look for many Star Wars characters including Darth Vader, Stormtroopers, Chewbacca, R2-D2 and C-3PO. Then you have poster artist Drew Struzan who hand painted a lot of the iconic one sheets. There are plenty of creatives who collaborated in the making of this sci-fi empire, and something so well-thought-out, graphically beautiful, should not be ruined with a bad tattoo tribute. Star Wars is serious stuff!

After reviewing many thousands of Star Wars tattoos in the course of six months; I have selected 15 of the best and newest ones from various tattooers, including one of BB-8 (an astromech droid) from “The Force Awakens.”

The mobile space station gets a photorealistic veneer by BANG BANG. 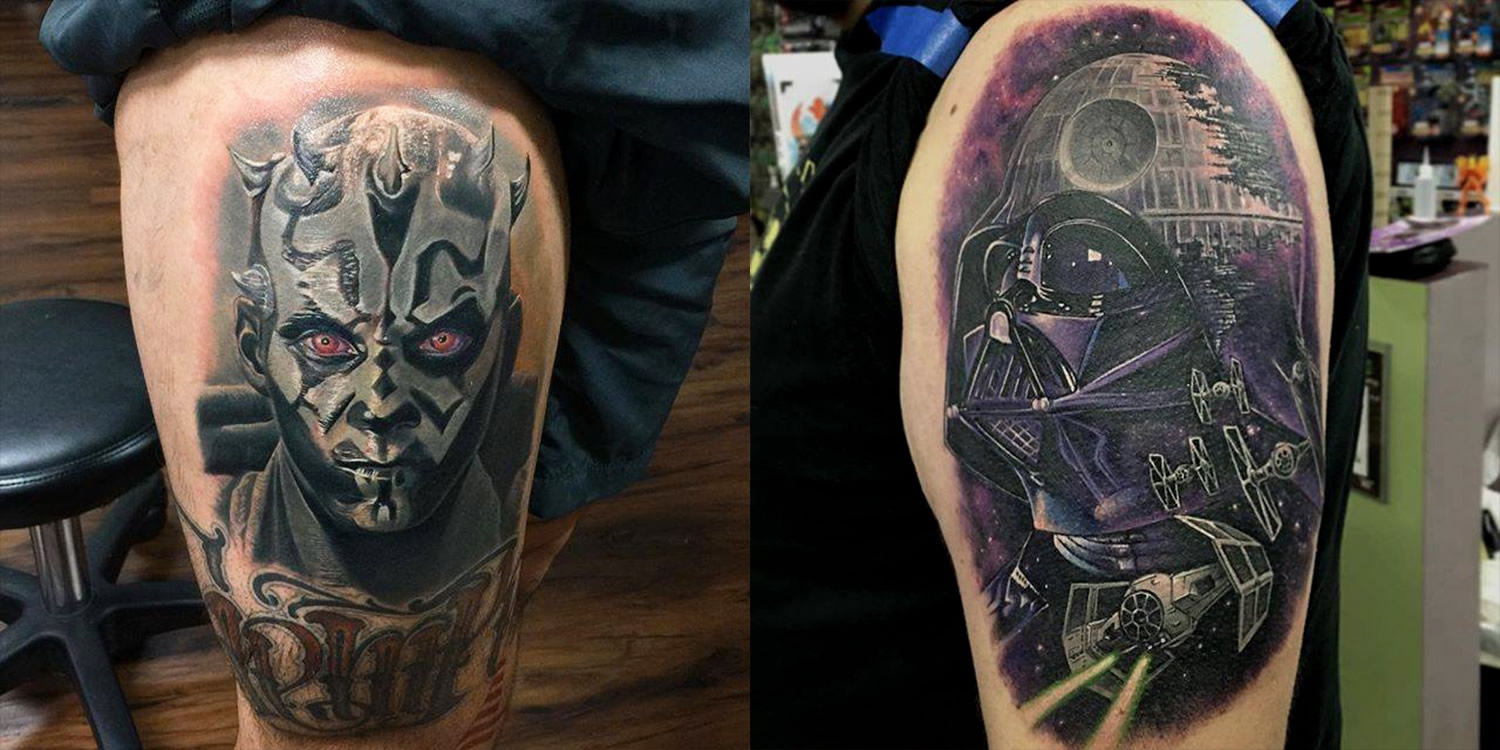 Rember Orellana tattoos Darth Maul, one of the popular villains. And Chris Jones uses a double exposure technique to create the action-packed scene in “Return of the Jedi.” 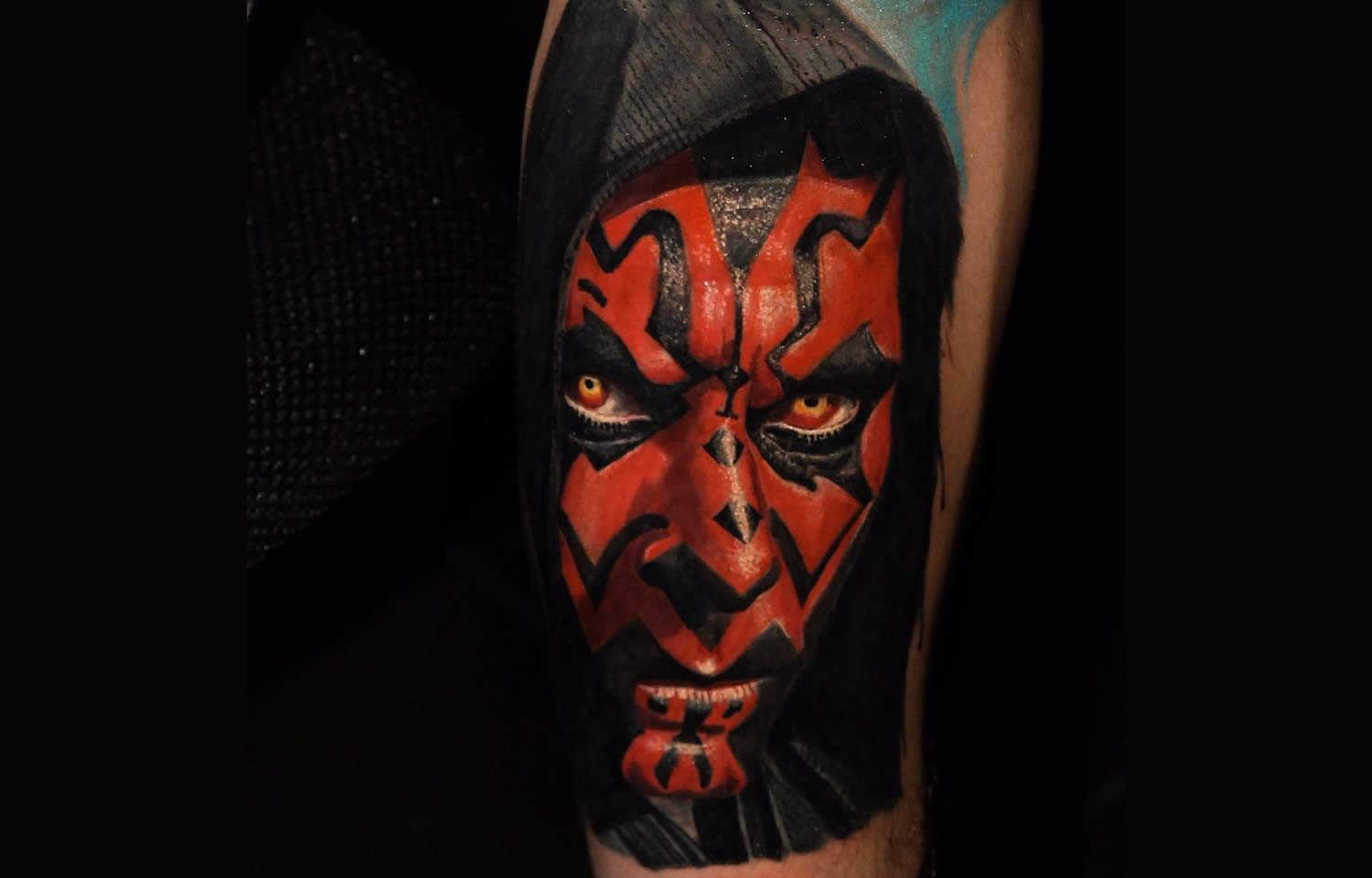 The apprentice of Count Dooku is tattooed once again; this time by Alan Ramirez. 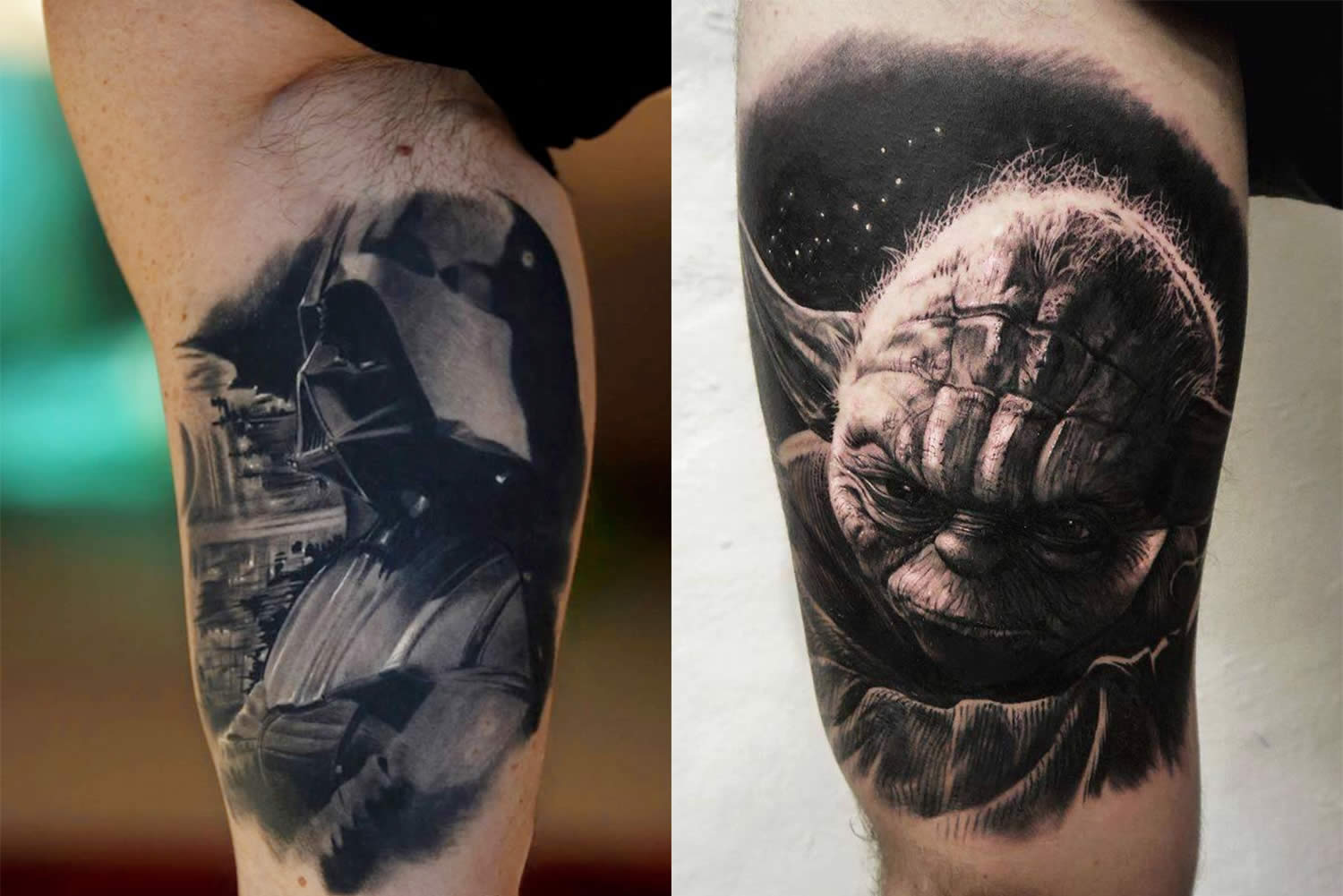 Darth Vader, the personification of the dark side of the Force; inked by Silvano Fiato.Â  The wise and powerful master Yoda by Oscar Akermo. 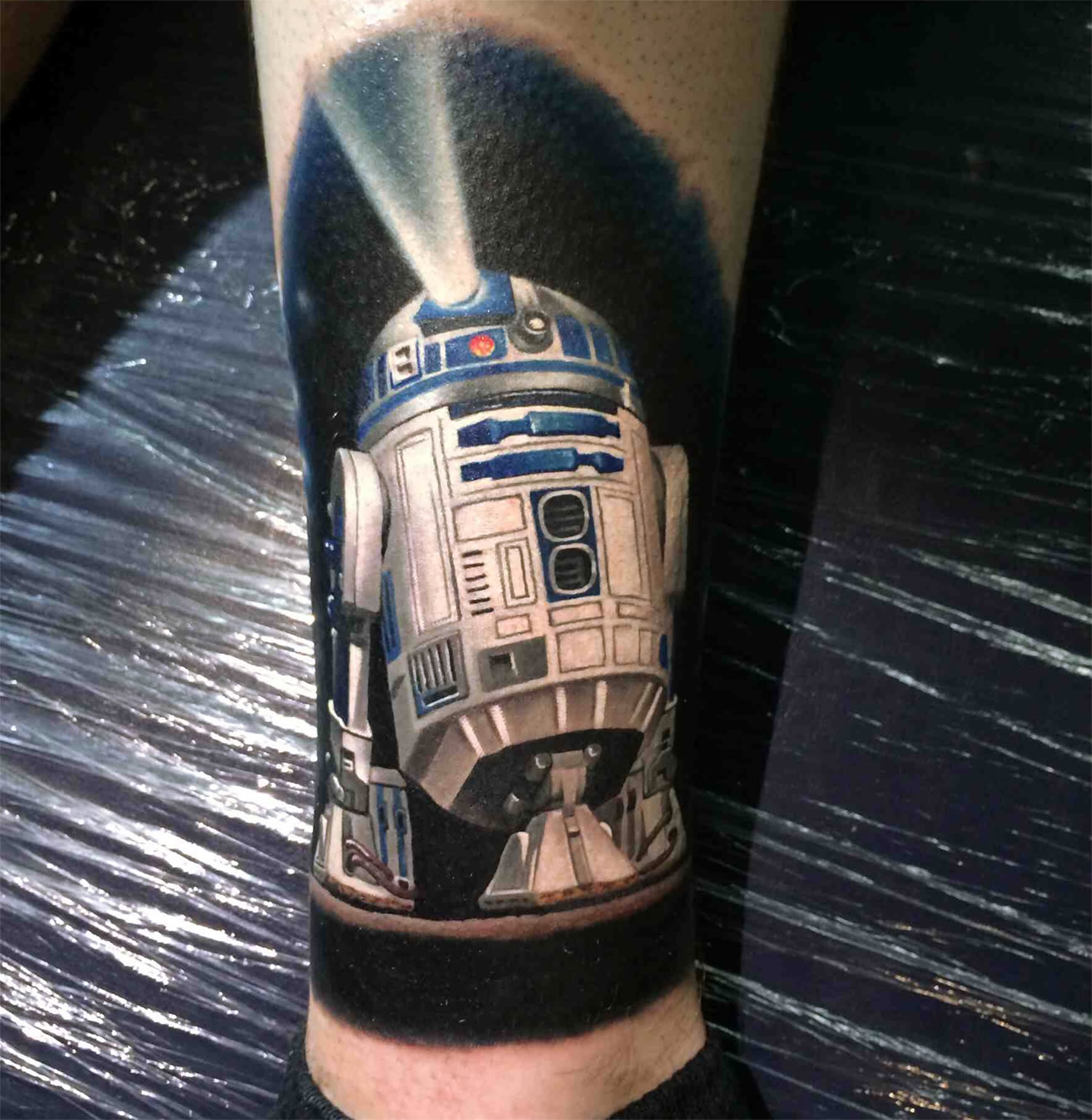 R2-D2, the cutest droid (since the appearance of BB-8) by Kegan Hawkins. 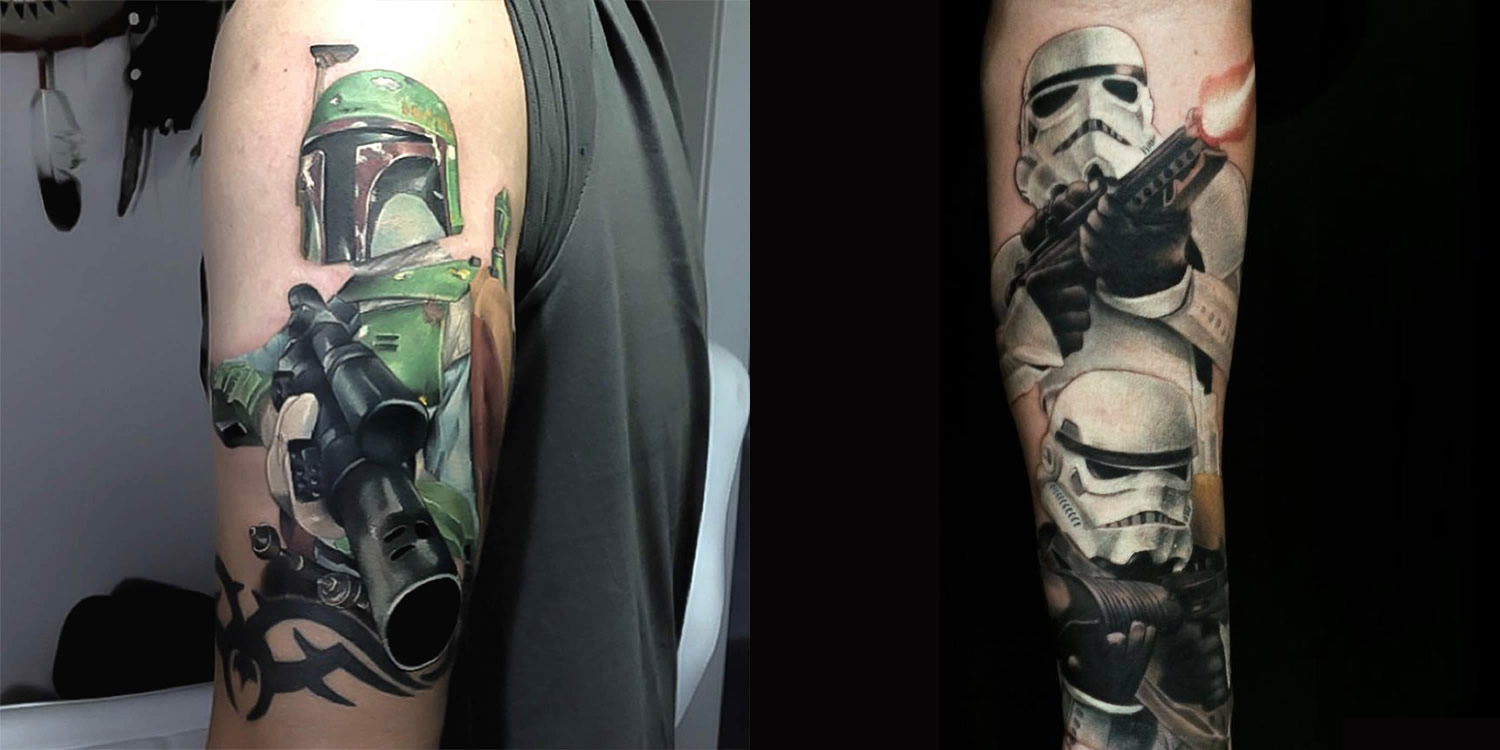 The mercenary Boba Fett and Stormtrooper sleeve by Dean Lawton. 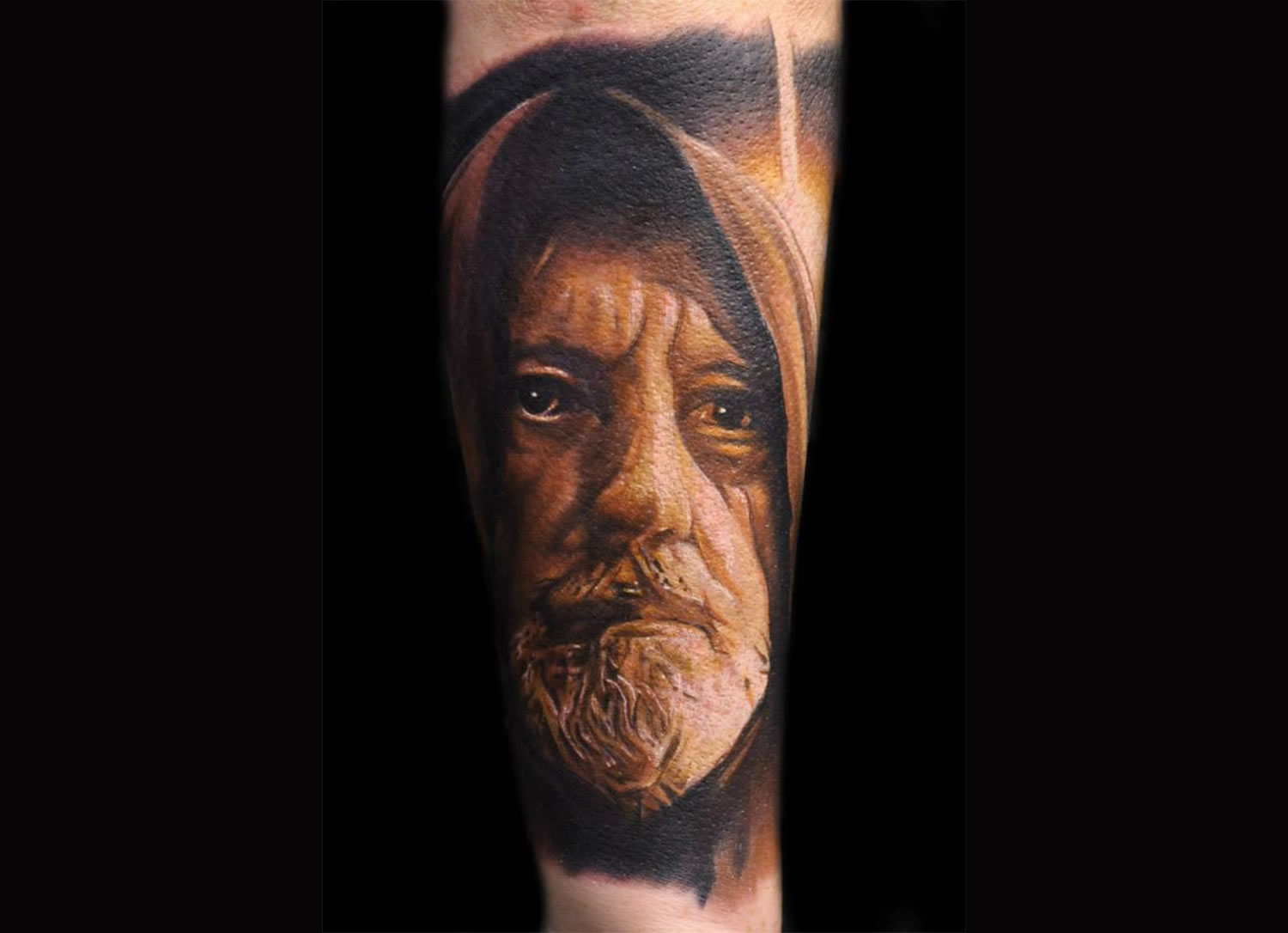 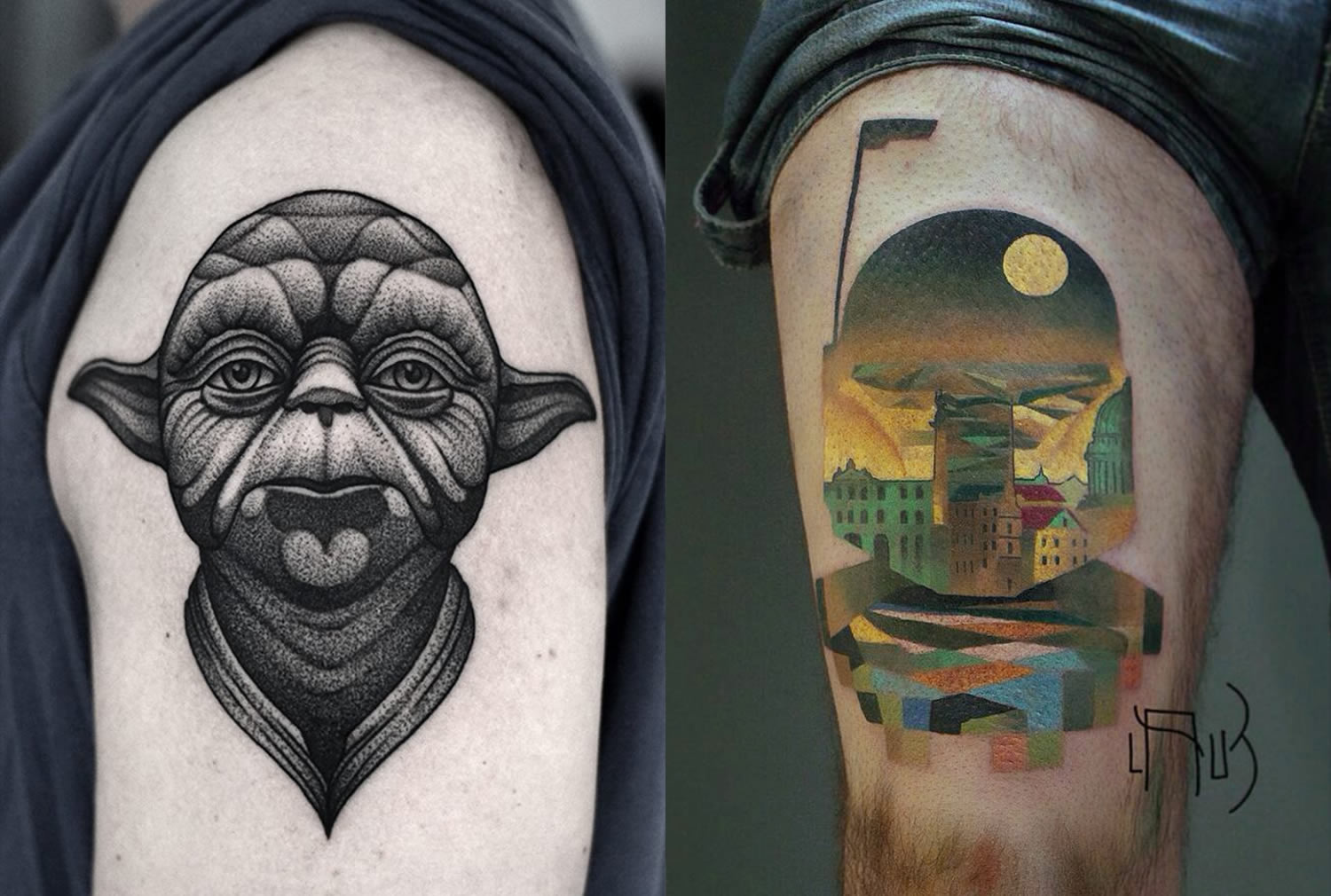 A modern adaptation of Yoda by Kamil Czapiga and Boba Fett by Alexey Lauz. 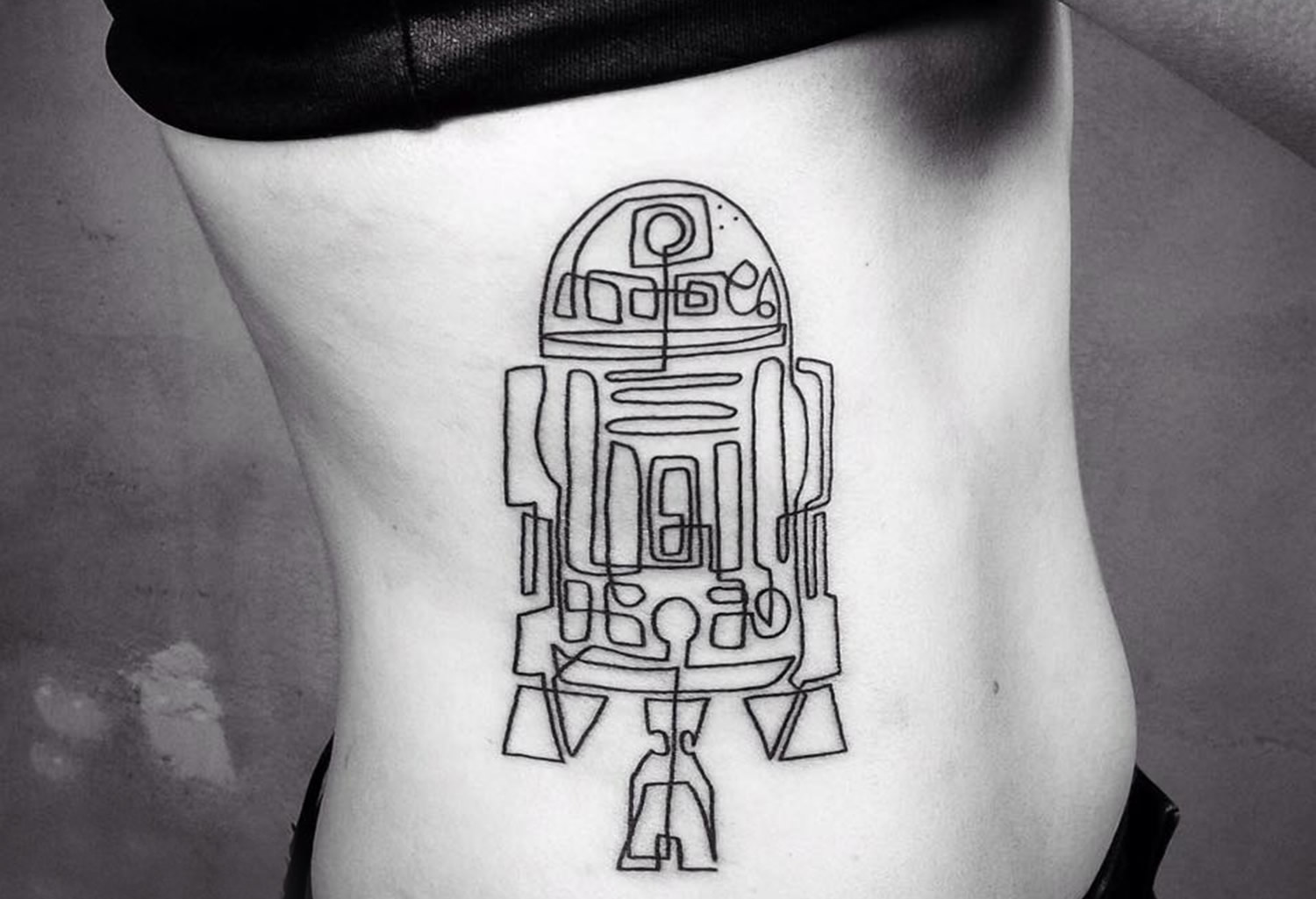 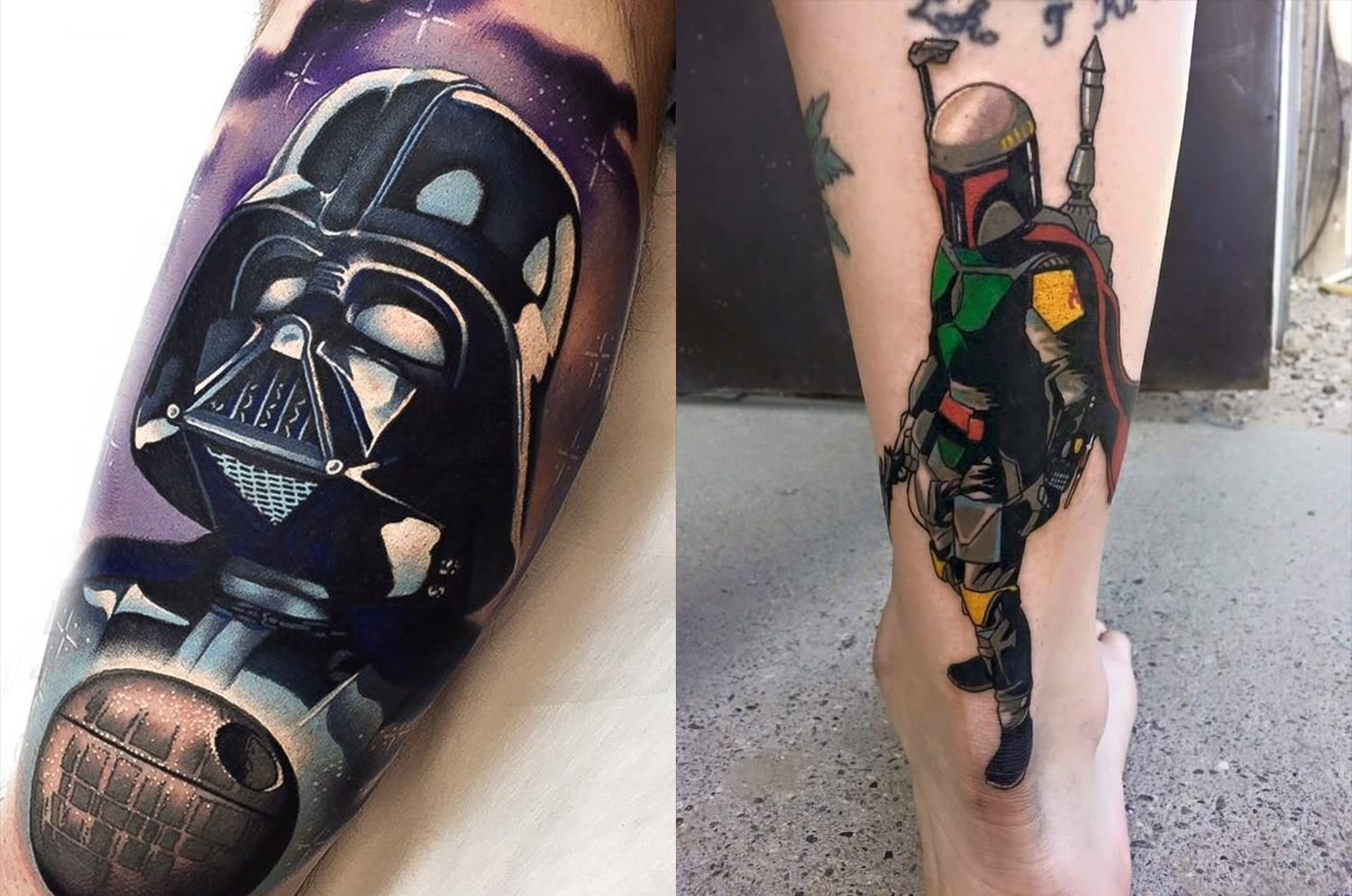 Tattoo by Levi Barnett of “the grandest screen villain of them” (left), and Boba Fett in comic book style by Cody Meyer. 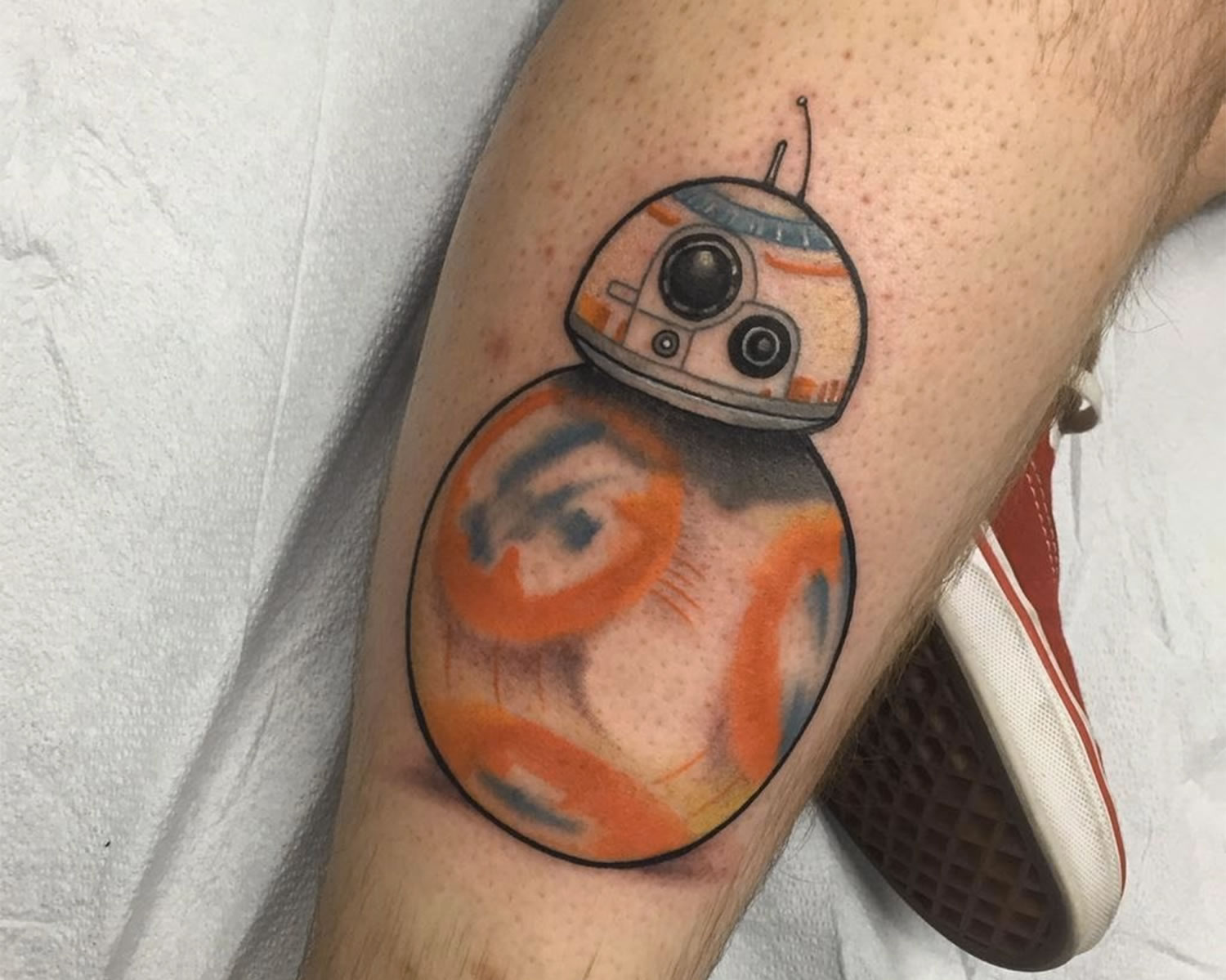 BB-8 is the newest (droid) cutey from “The Force Awakens.” By Tyler Nealeigh.