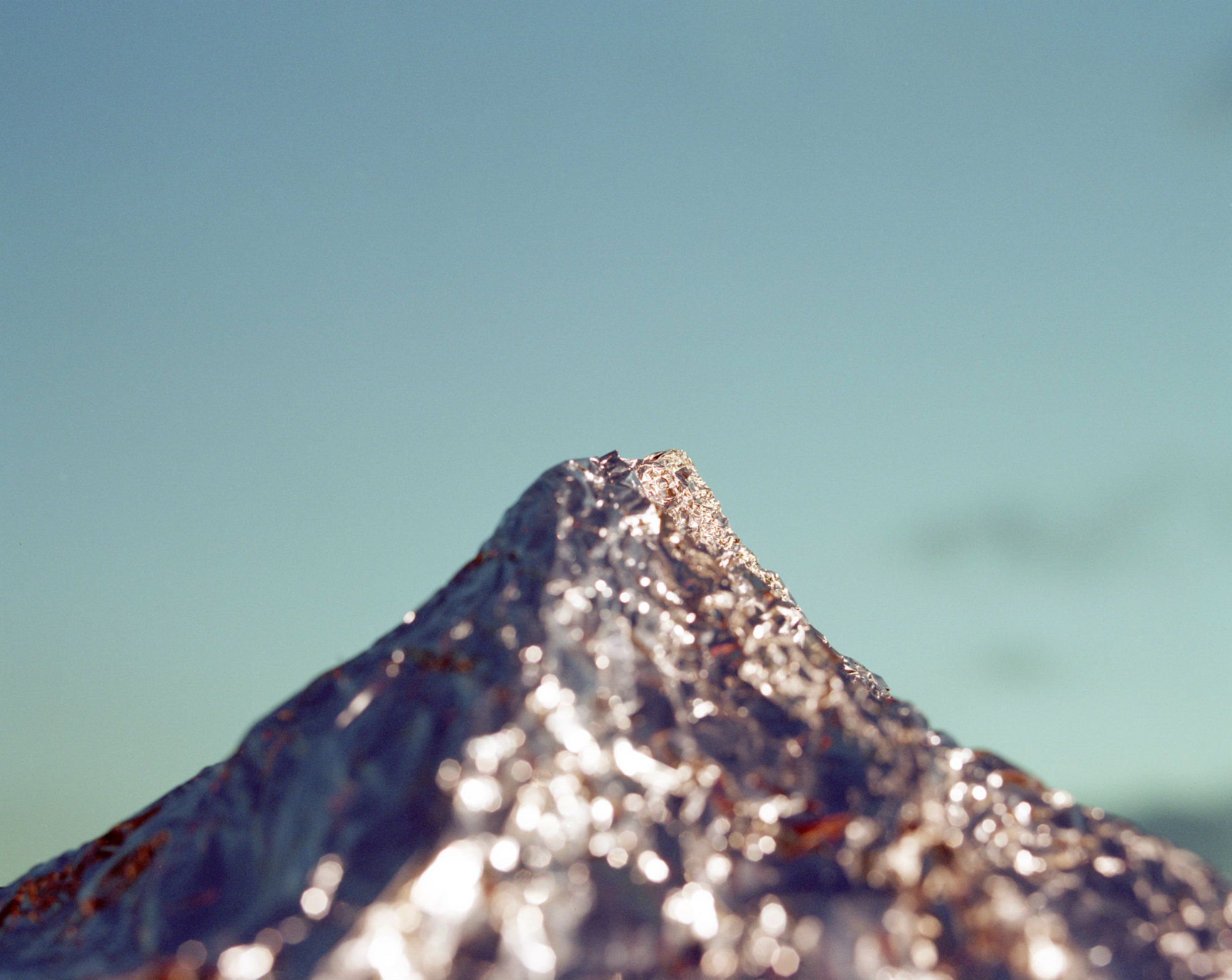 Japan has a rich history in photography. Think back to the hazy and dislocated black and white imagery that came out of Tokyo in the 60s, a time that was defined by a younger generation struggling with their country’s past and future.

Presently, there are numerous names that have made their mark both at home and abroad in the US and Europe in fields such as fashion and fine art. Here I‚Äôll be looking at a wide range of contemporary photographers, who with their own unique visions have influenced the world in different ways.

Top: Mt Fuji made out tinfoil by Yuji Hamada. 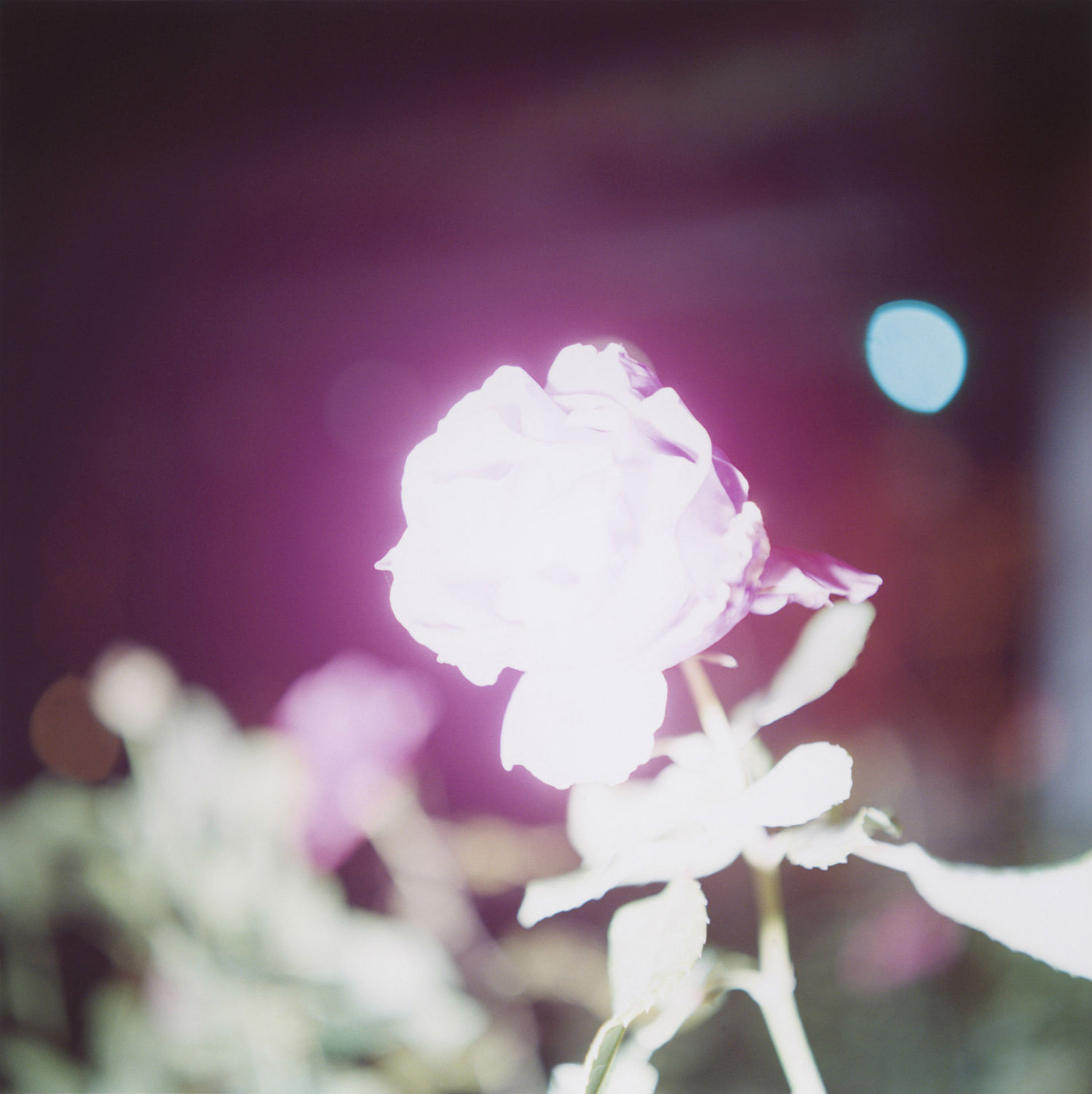 The delicate layout and subtle shades mark out the photographs of Rinko Kawauchi.

The dreamy and ethereal photography of¬ÝRinko Kawauchi can be seen everywhere from book covers to the inside of New York galleries. Her work uses soft colours and simple compositions to draw the viewer into her pictures. Zen-like and minimalist, she is not to be ignored. 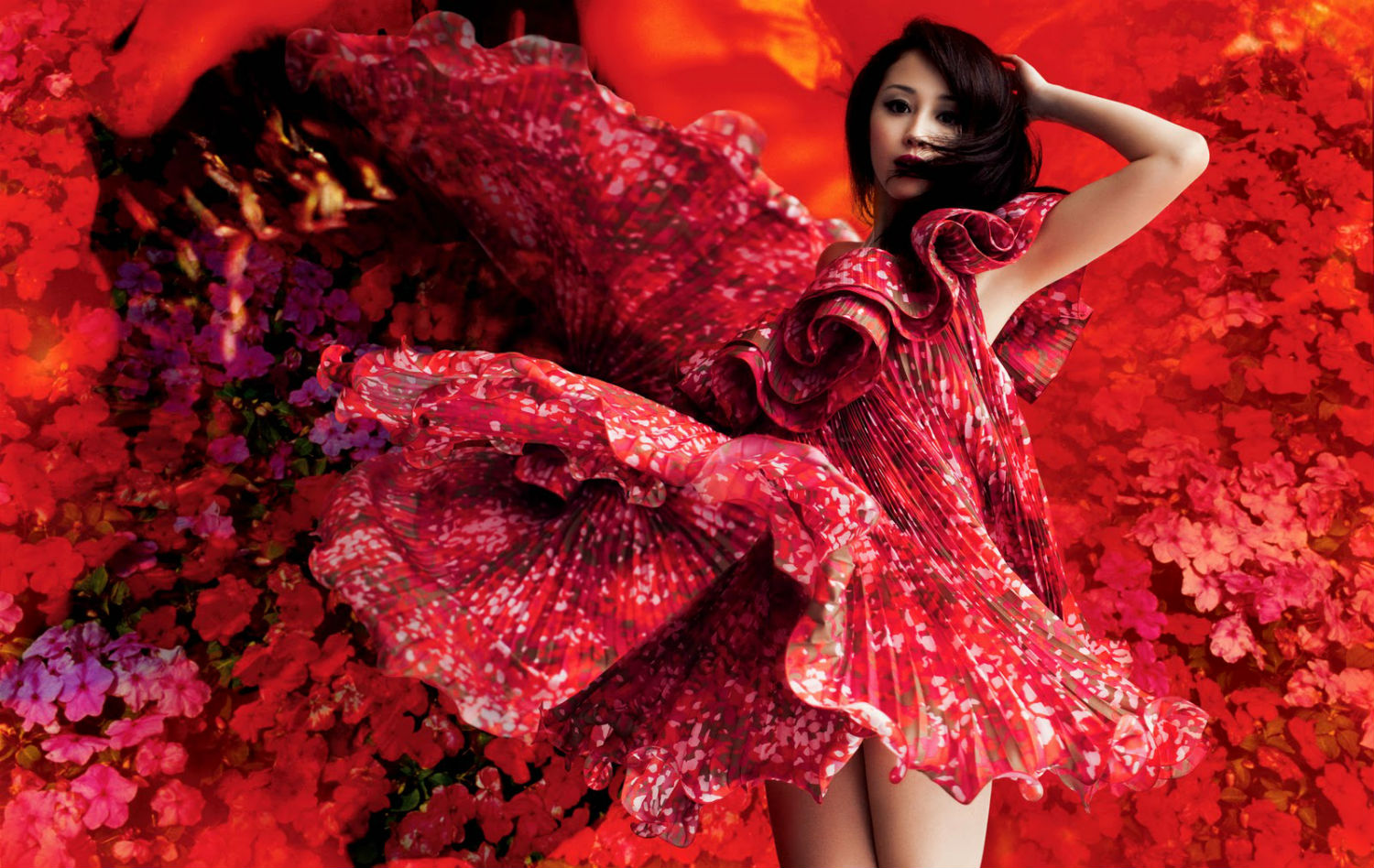 A riot of florals and colour by Mika Ninagawa pays tribute to Japan’s rich culture.

With her heavy use of saturated colours and floral imagery, the photographs of Mika Ninagawa are intoxicating creations. Shooting mostly in the fashion industry, her art is simultaneously a traditional and ultra modern view of Japan. 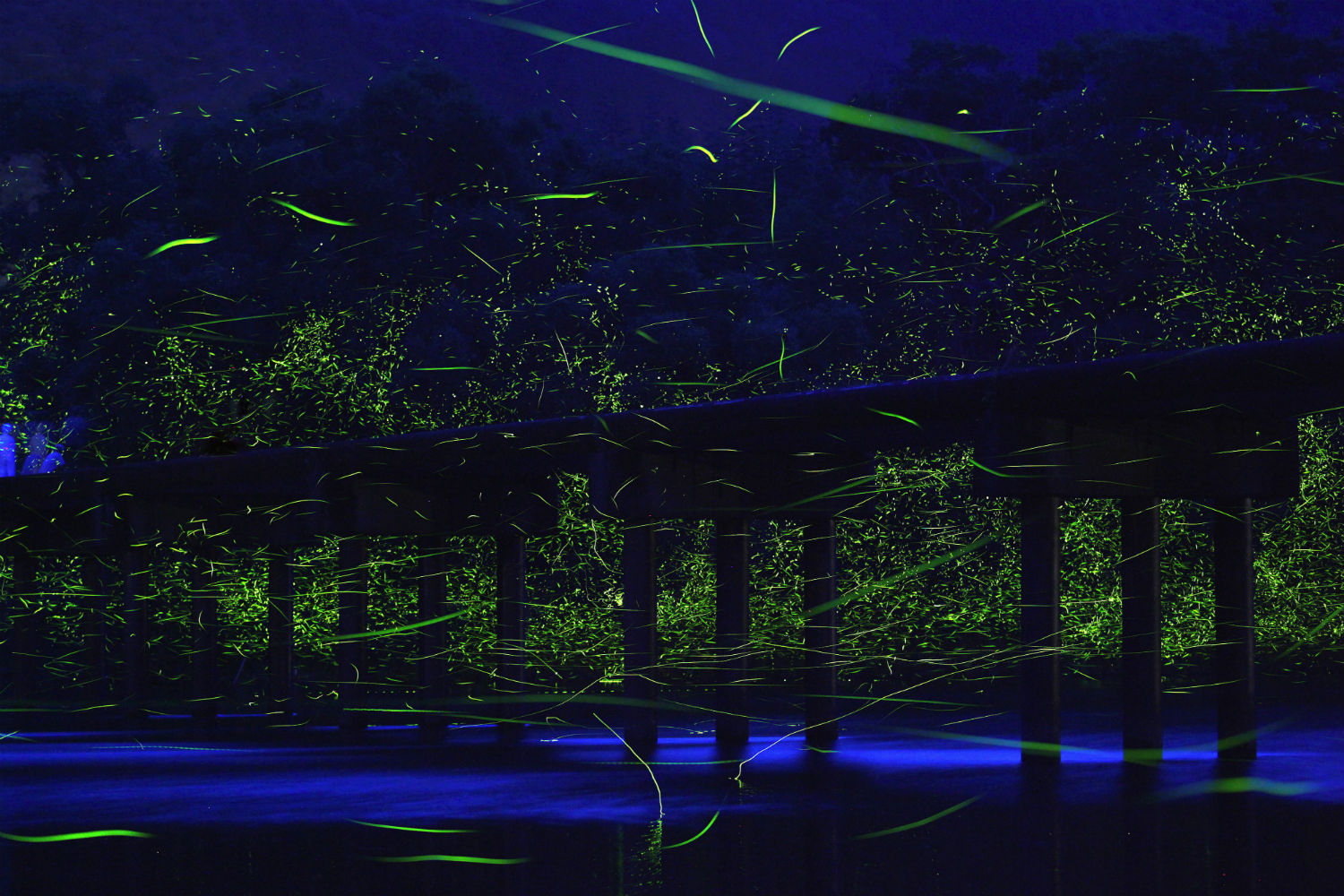 Dances of light across a deep blue river: the spellbinding artistry of Takehito Miyatake.

Takehito Miyatake¬Ýis a Japanese photographer whose¬Ýbeautiful landscape imagery has an air of poetry about it. Whether he is shooting a forest alight with golden fireflies or a volcano in the midst of an eruption, he finds the magic in the natural world. 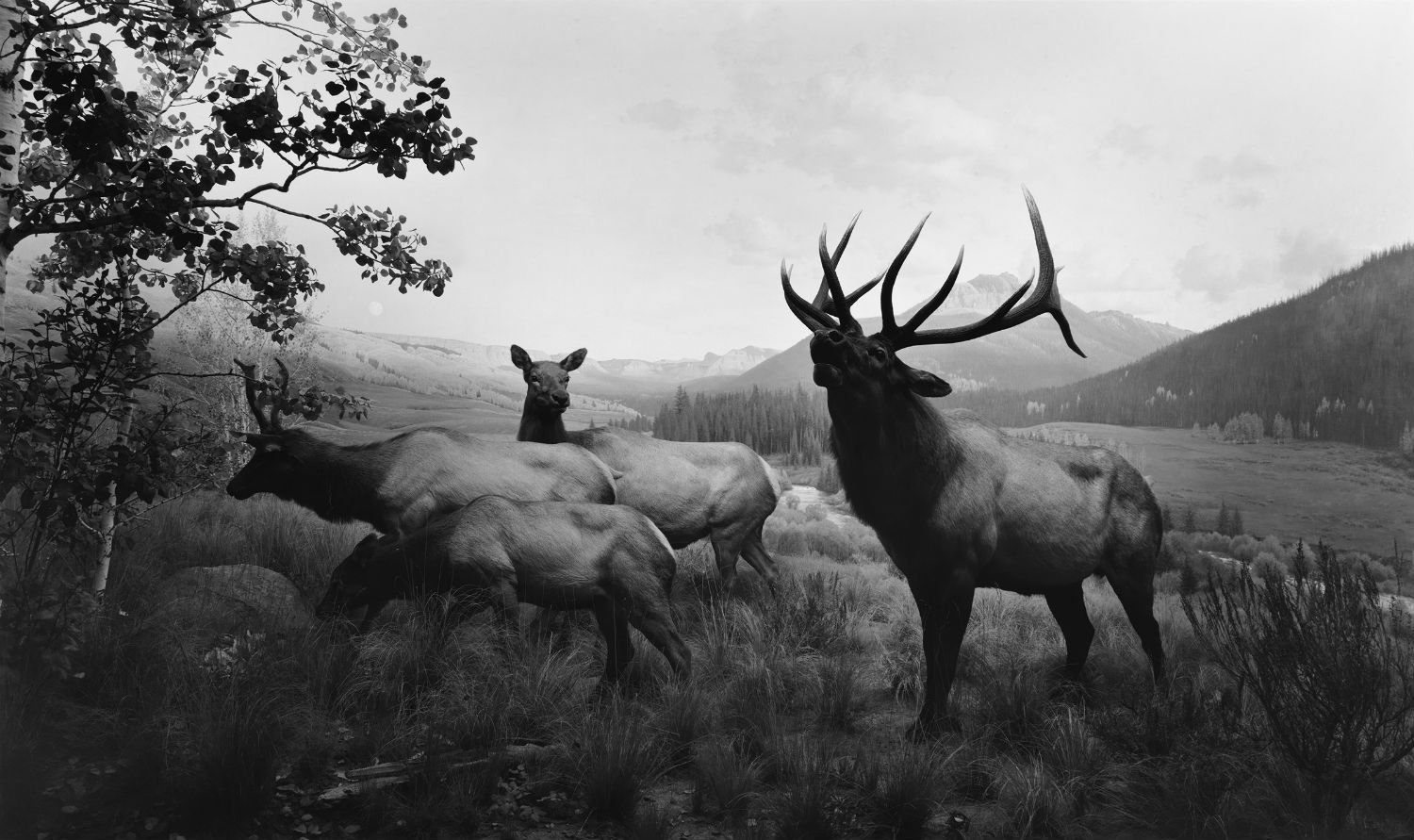 The diorama series of Hiroshi Sugimoto is a visually ravishing project shot within the world famous Natural History Museum in New York. The choice to shoot in black and white¬Ýcovers the primordial imagery (think cavemen and prehistoric landscapes) in a further layer of nostalgia. 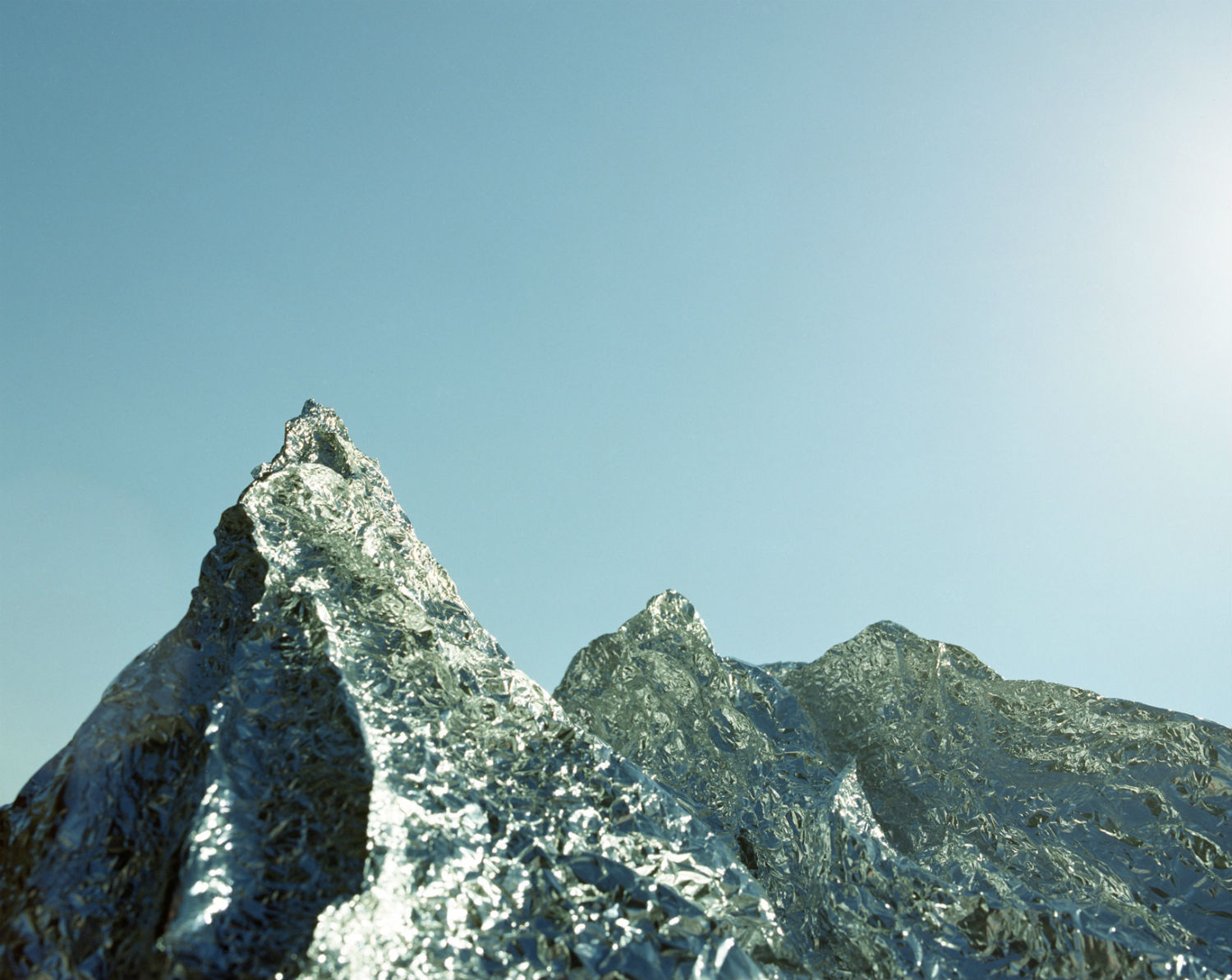 Hamada created his “Primal Mountain” photographs after getting inspiration from a postcard a friend in Switzerland sent him of a picturesque snowy mountain.¬ÝAfter finding the¬Ýright raw materials near his home in Tokyo, he then composed the shot against a real sky, so as to blend the real with the fake, the foreign with the home. 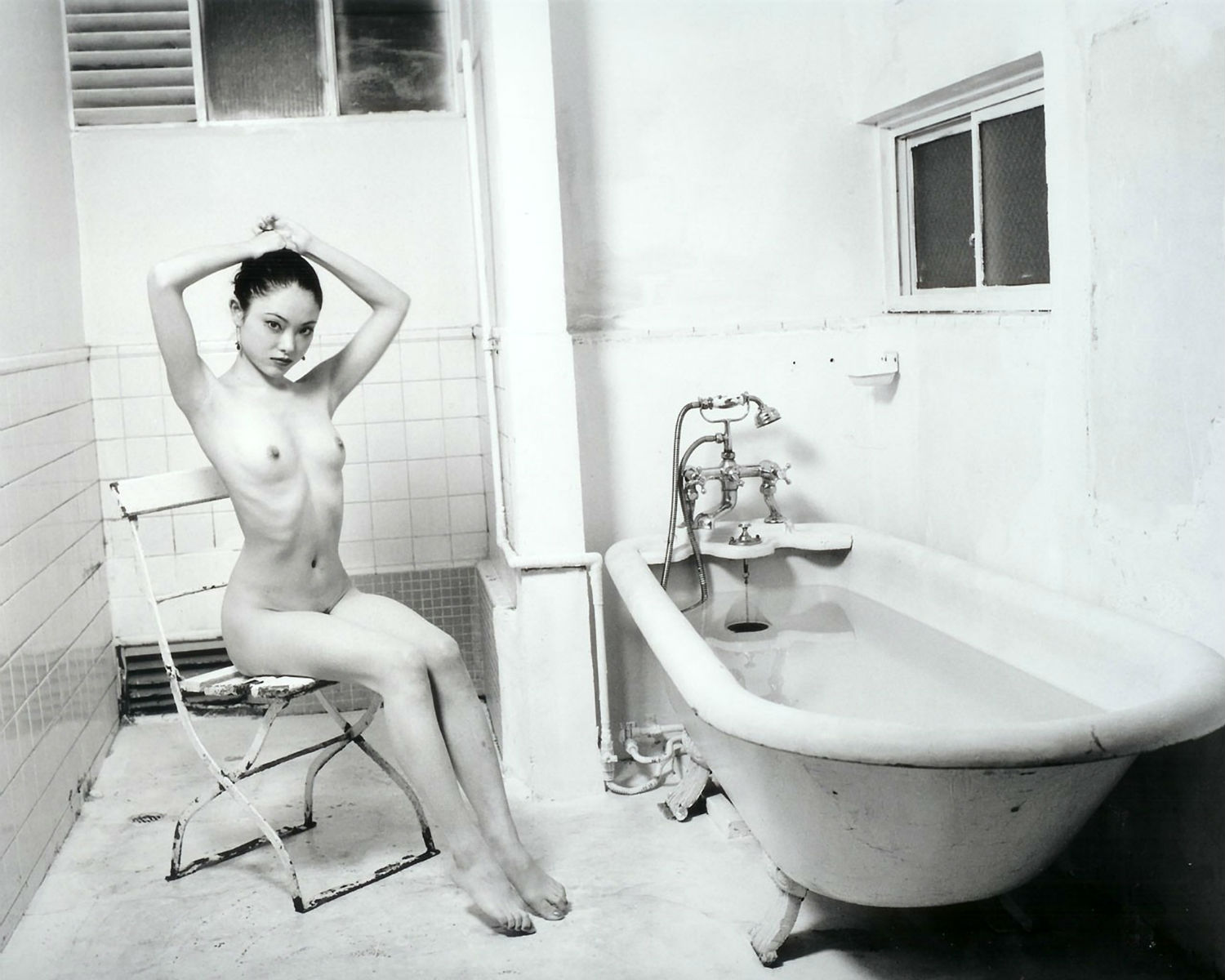 An example of the often shocking and fearless art of¬ÝArƒÅkƒ´.

Often called by his nickname ArƒÅkƒ´, this controversial Japanese snapper has been photographing seductive nudes and exploring sexuality with his camera for many decades. Shooting almost exclusively in black and white, his work can be analysed in the same light as Nan Goldin: both capturing natural and flash-heavy images of nudity. 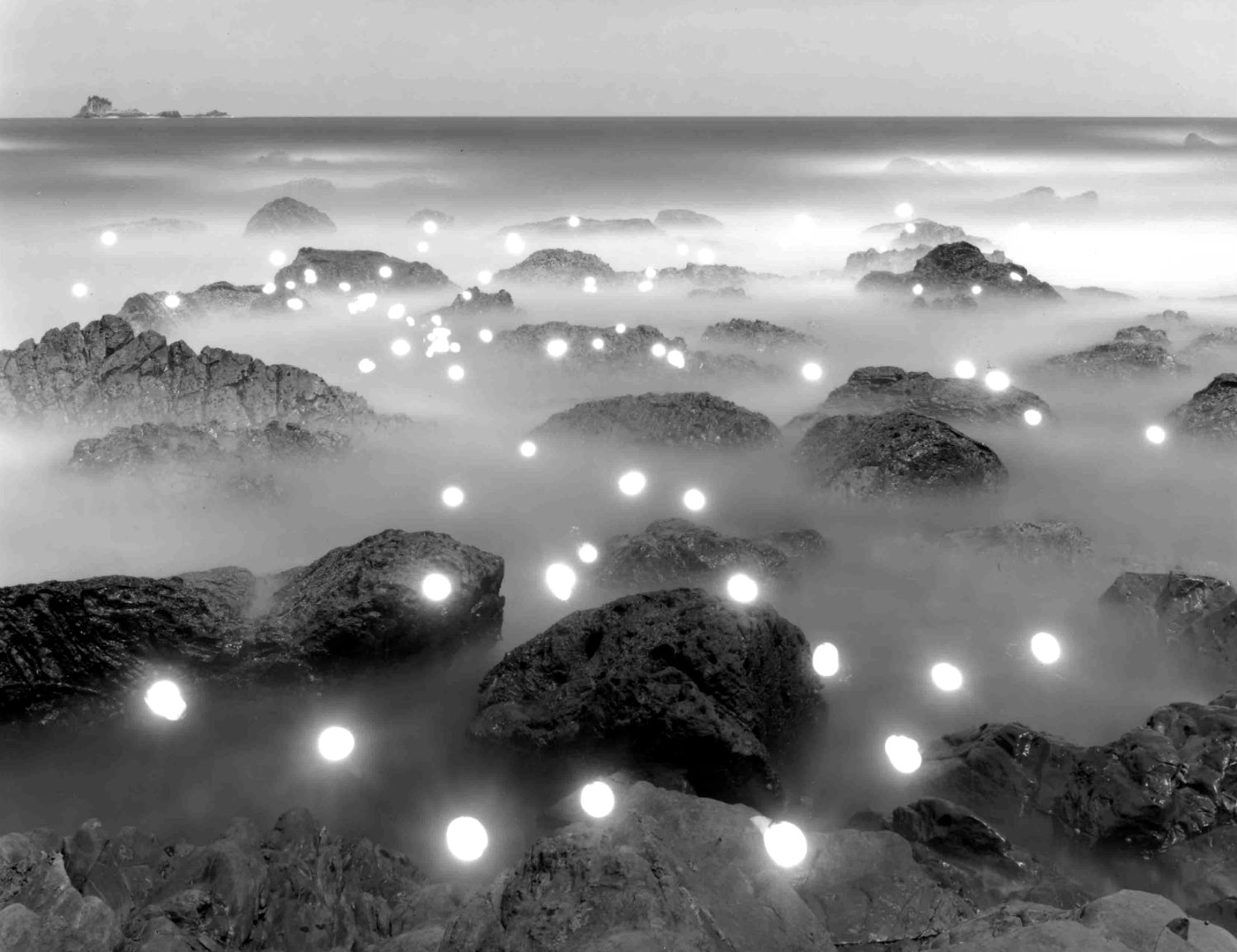 Sato lights up our world with a little bit of enchanting magic.

Known and admired for his captivating interpretations of light and space in his black and white pictures, Tokihiro Sato is without a doubt a master photographer. Filling mythical landscapes with different means of light, he fuses the human and the natural world in spellbinding fashion. 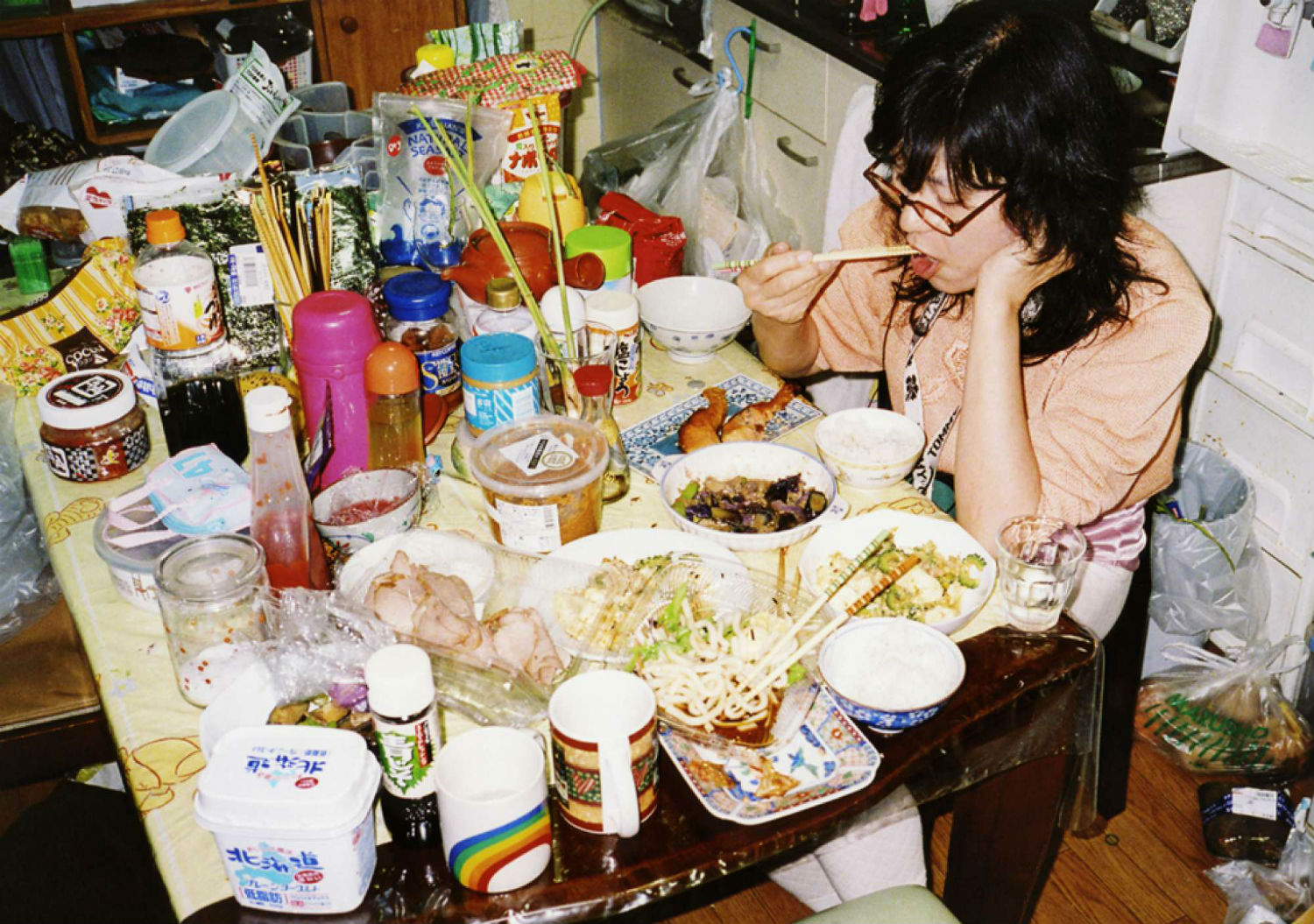 Born in Tokyo in 1985, Daifu¬Ýis part of a new wave of young photographers challenging the establishment¬Ýthrough their own brand of exuberant non-conformity. He stuffs his frames with as much colour and objects as possible. For example, he documents his family life in full exposure with nothing hidden from view. 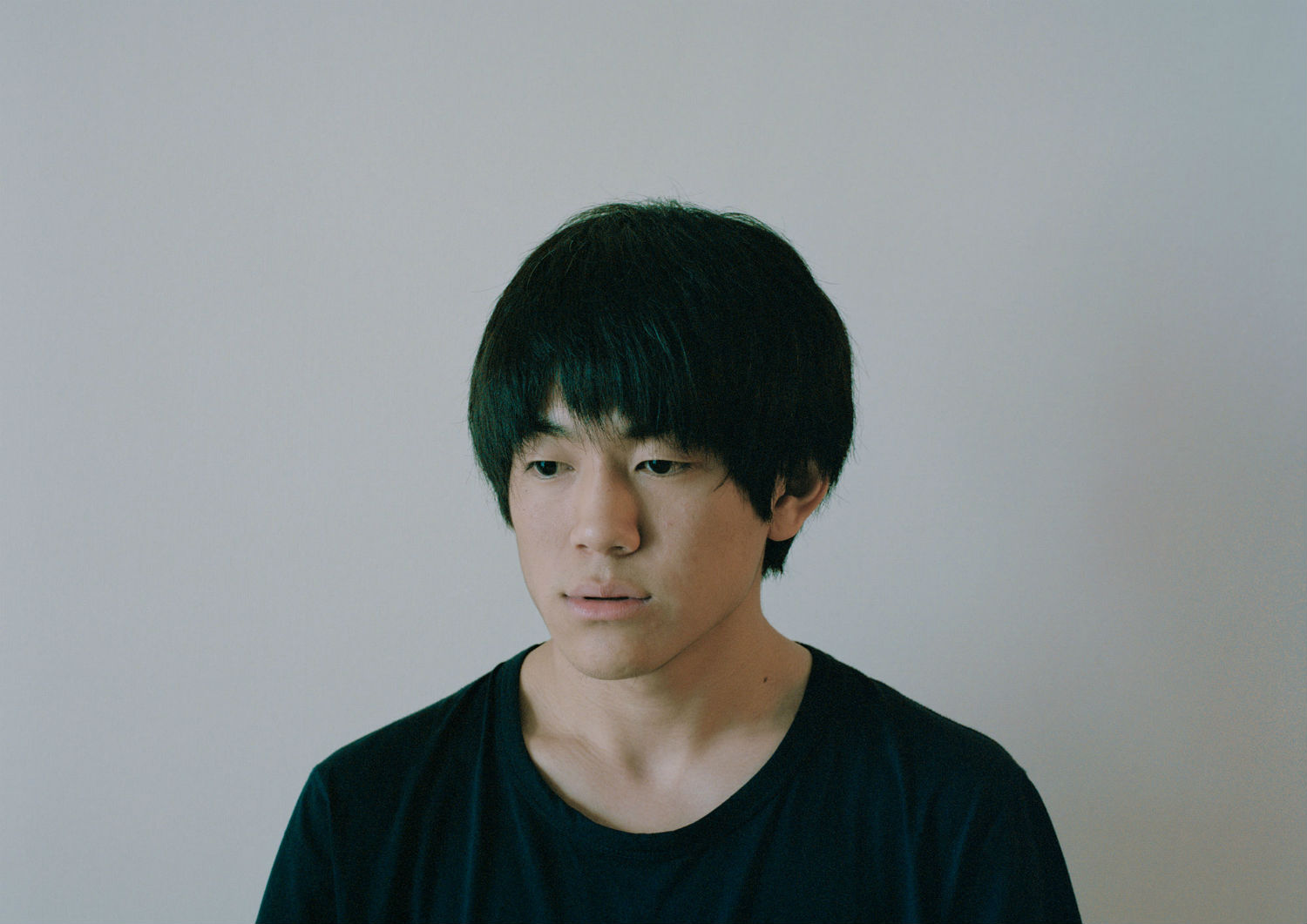 Photographer¬ÝYosuke Yajima has a strong minimalist aesthetic to his work. The portraits in particular stand out for the way Yajima strips them back. He goes in for subtle lighting, drained and neutral colours and expressionless looks on the subjects‚Äô faces. Very interesting stuff. 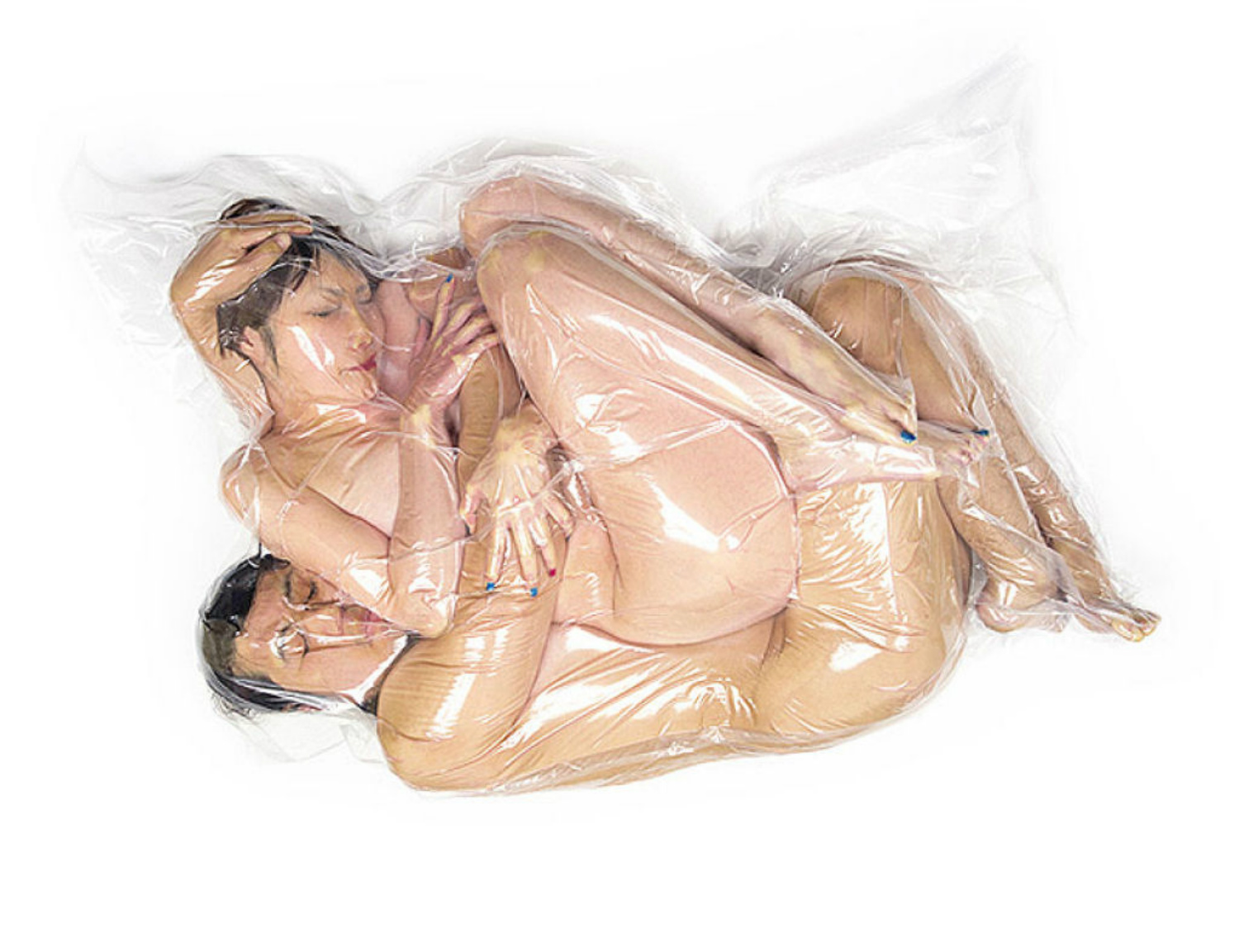 Kawaguchi captures the restricting aspect of love and relationships.

It‚Äôs near impossible to mistake the work of Haruhiko Kawaguchi for any other contemporary photographer. The Tokyo artist has made his name by asking strangers back to his studio to be shot in claustrophobic plastic bags. The resulting imagery is quite shocking, and in the process he is making interesting points on the oppressive¬Ýnature of love.