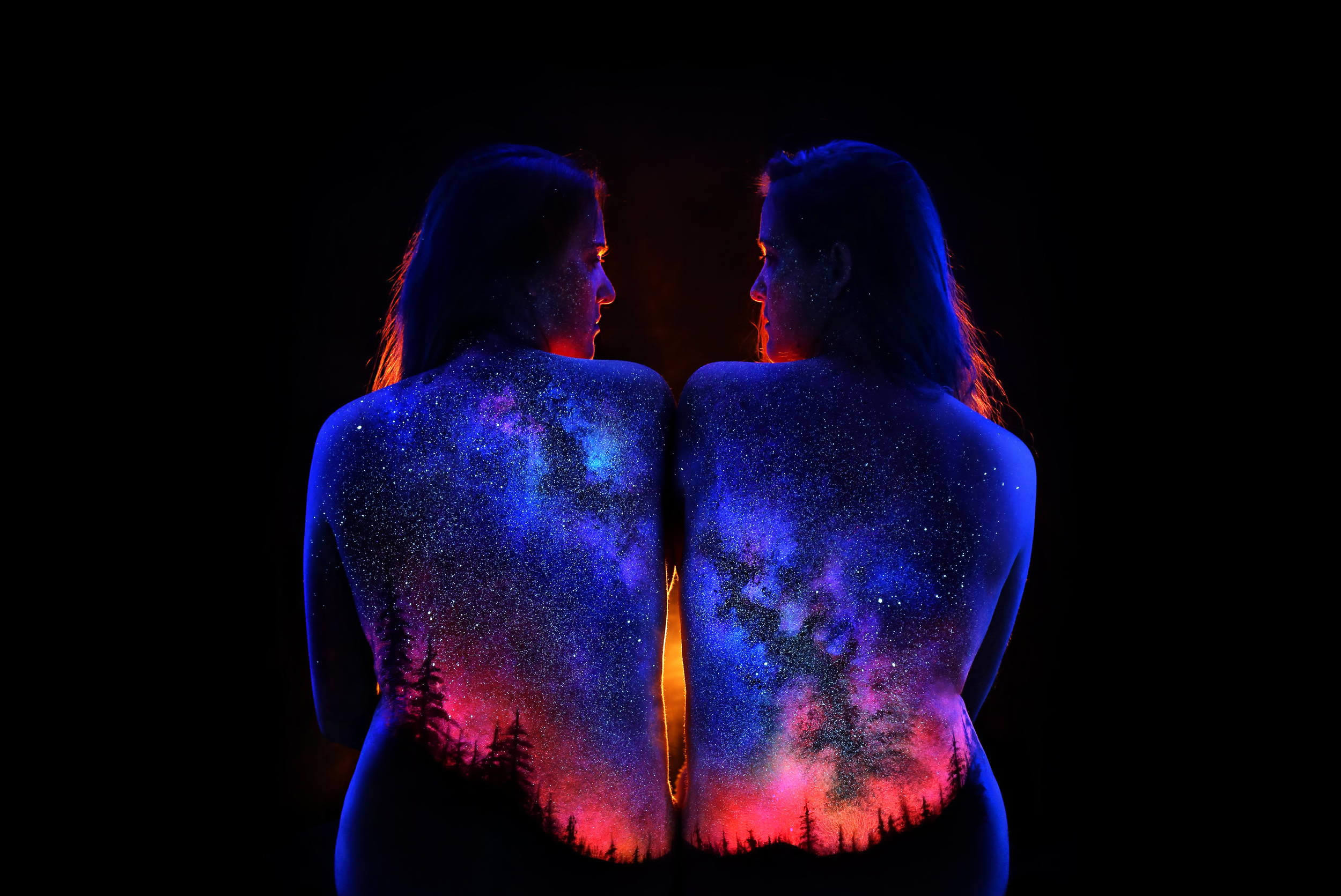 These bright-colored visuals could have been projection mappings on bodies, but that would be too simple a task for photographer John Poppleton. Instead, he uses UV paints to illustrate auroras, nebulae, and Californian dreaminâ€™ sunsets on various female models. His work is striking for its cosmic color palette and high-contrast images which magically come to life under black light. “The fourth dimension of photographic lighting,” as he calls it. “[…] an invisible light source that is turning your subject into the actual light source.” [1] 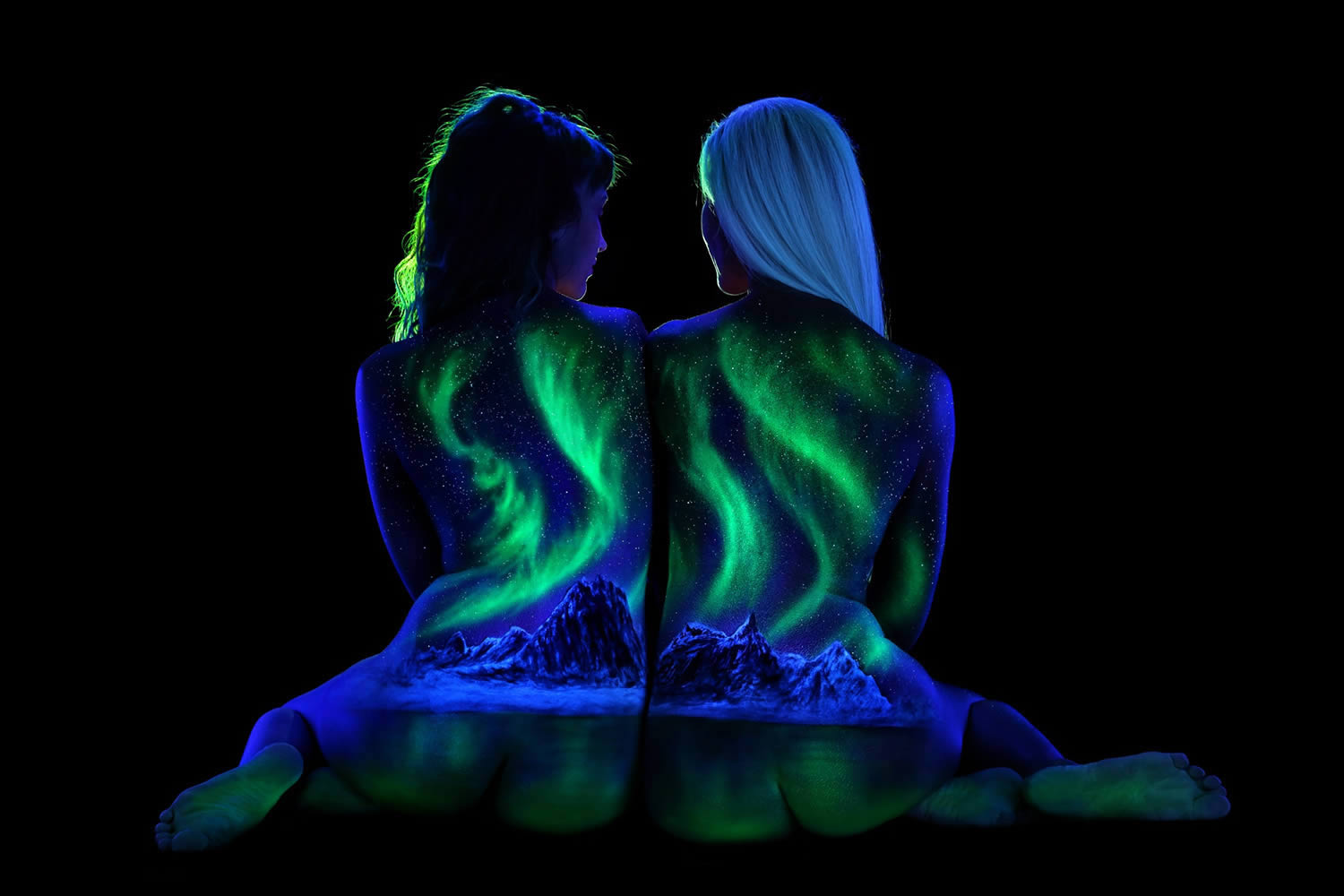 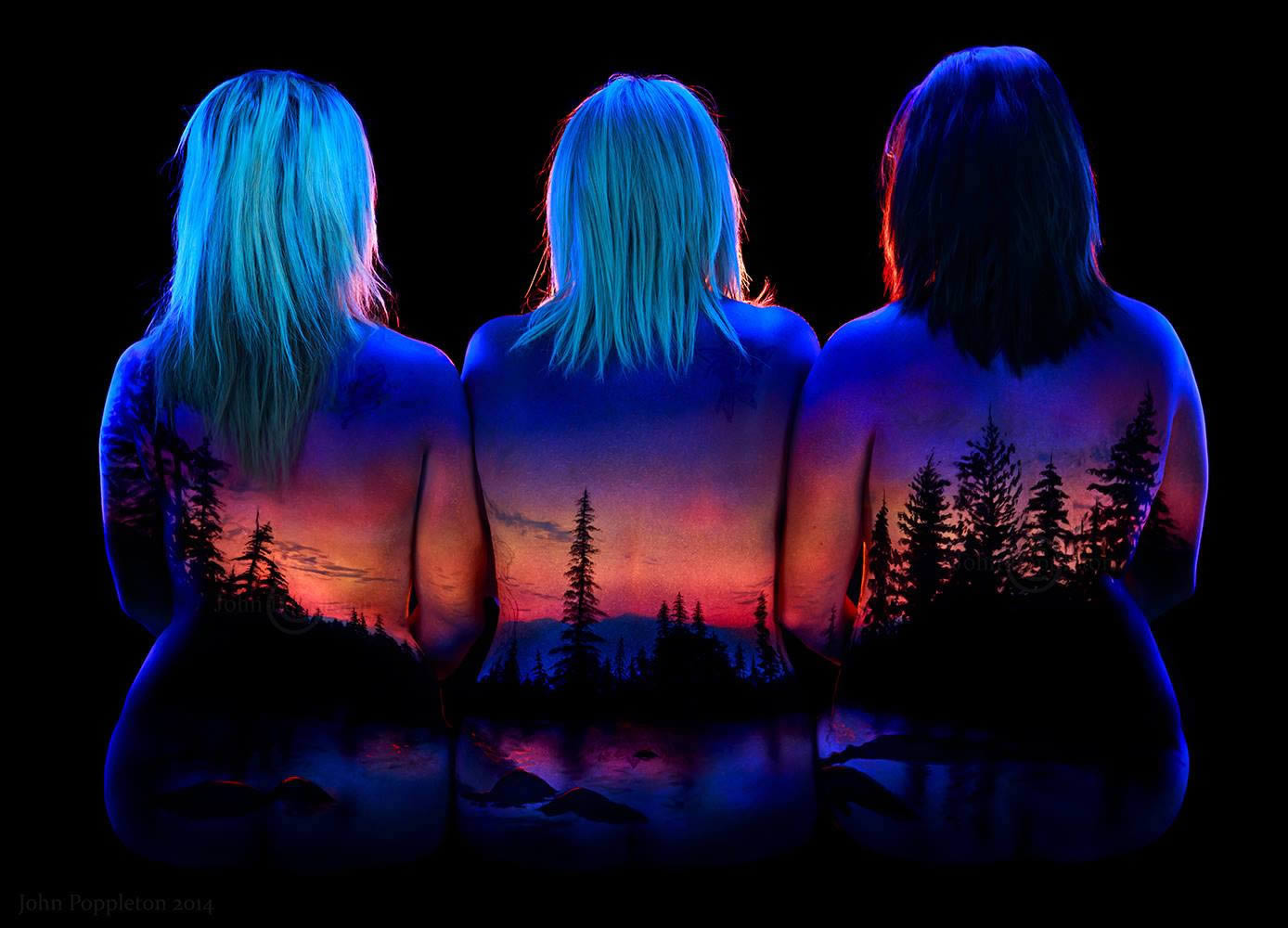 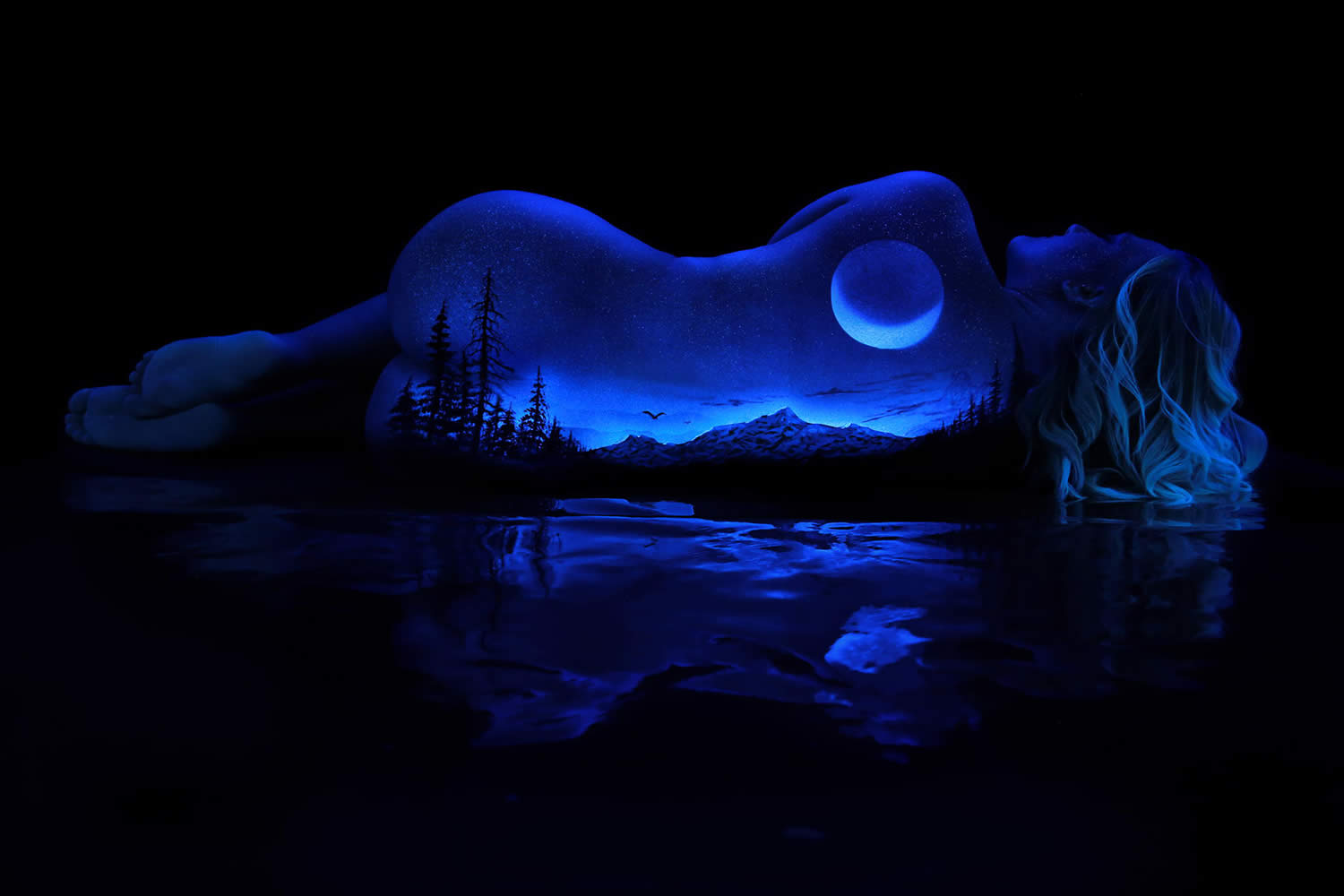 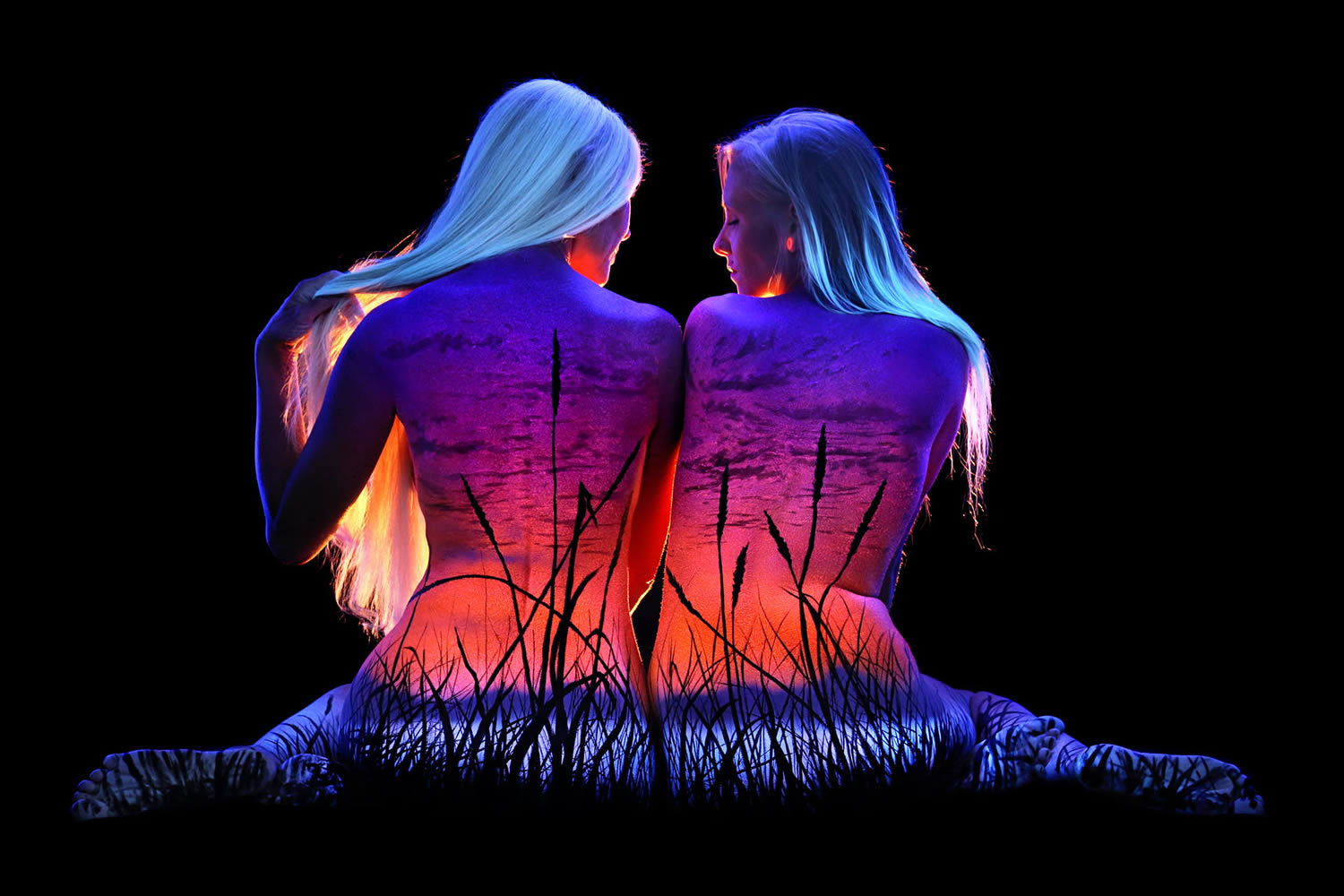 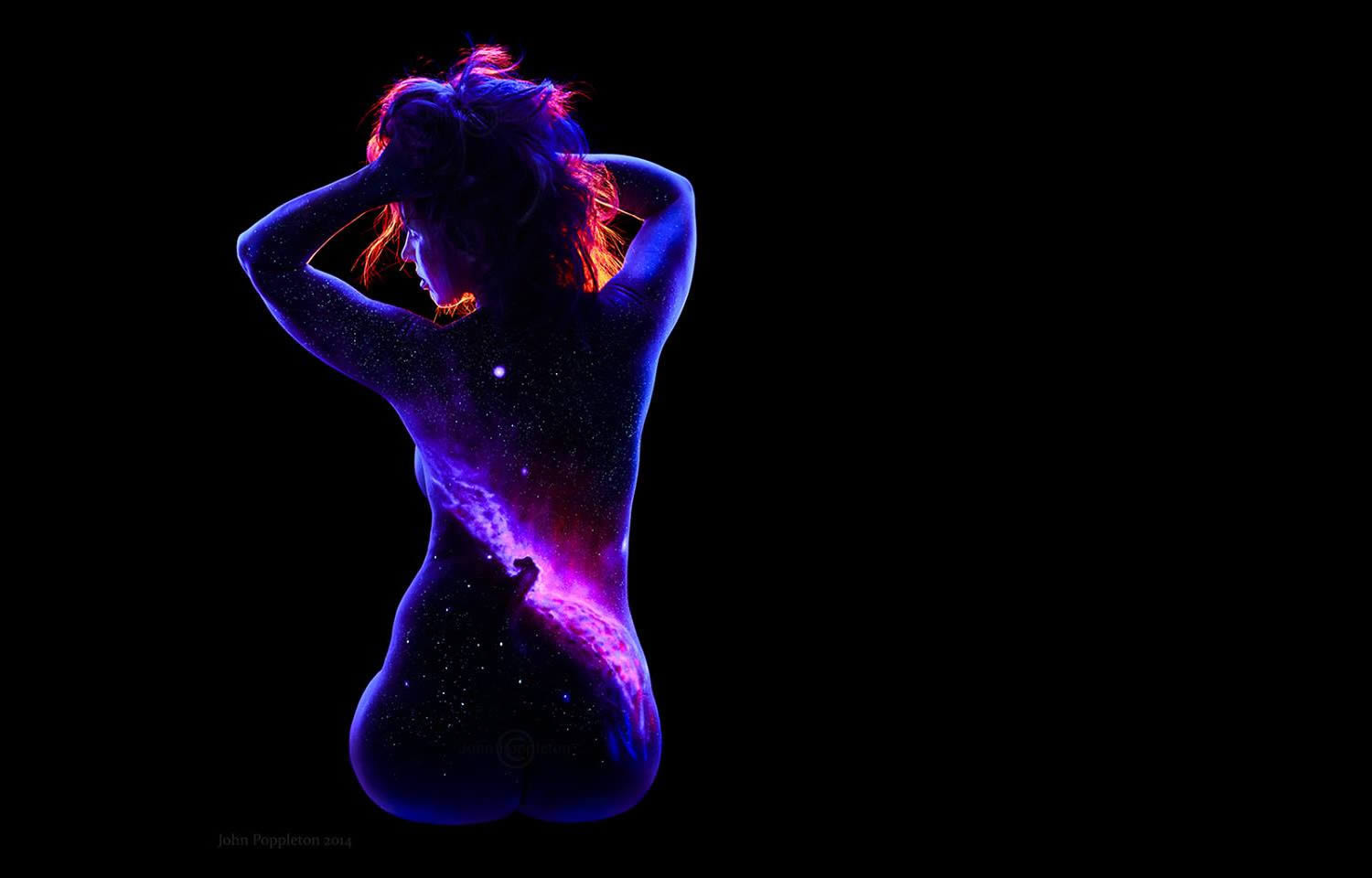