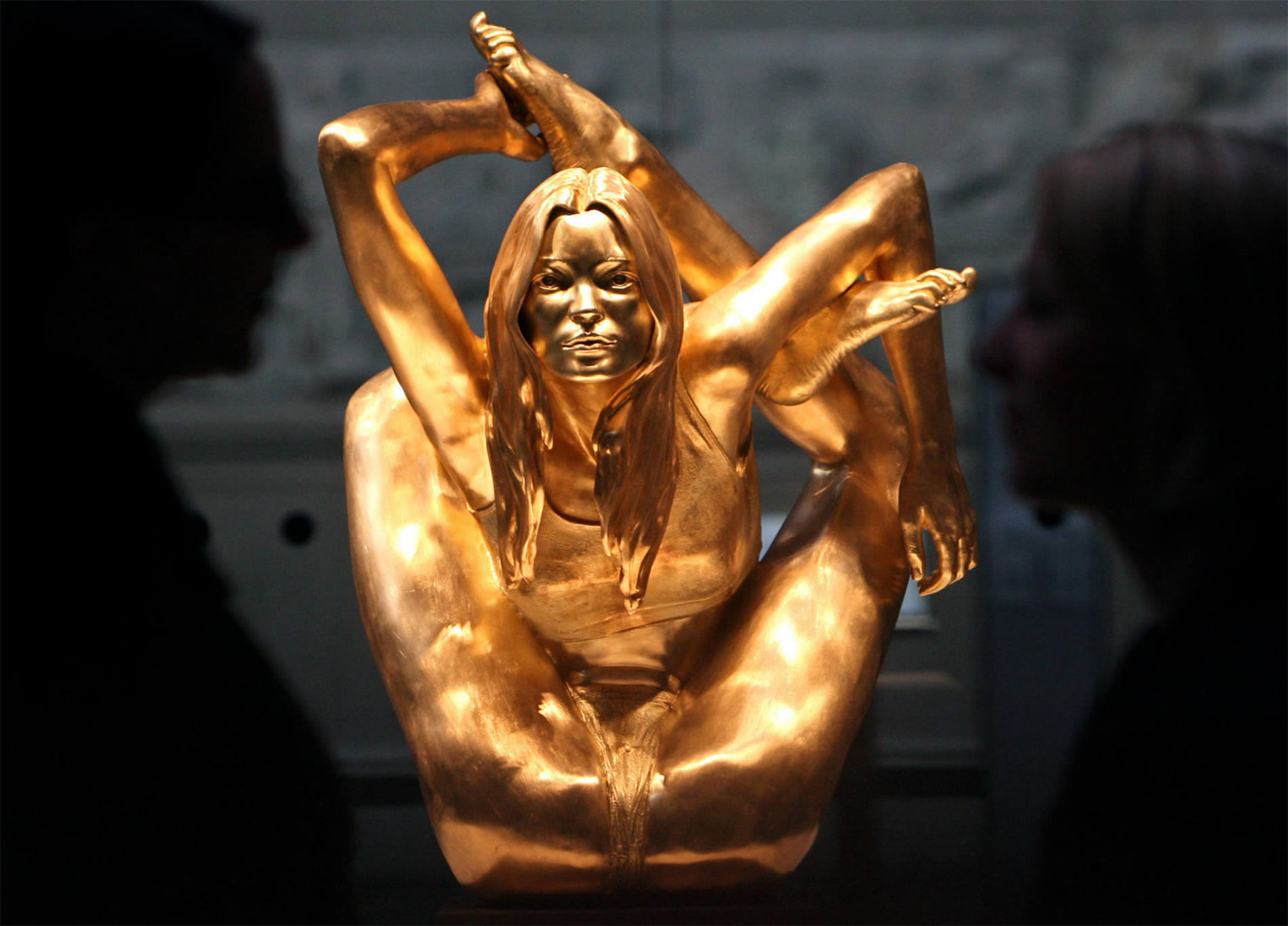 What makes art controversial? Could be politics, or perhaps itâ€™s to do with the subject portrayed or the themes explored. But very often it is because of nudity. There is something about seeing the human body in all its naked splendour that whipsÂ elderly churchgoers into a frenzy.

This is very often the case when it comes to sculpture. Glorifying the human form in marble may go back to the ancient Greek and RomanÂ period, but we donâ€™t seem to have gotten any better at dealing with it. The modern period is littered with controversial nude sculptures, as you will see from my selections here.

Top:Â Kate Moss is glazed and stretched all kinds of ways by artist Marc Quinn. 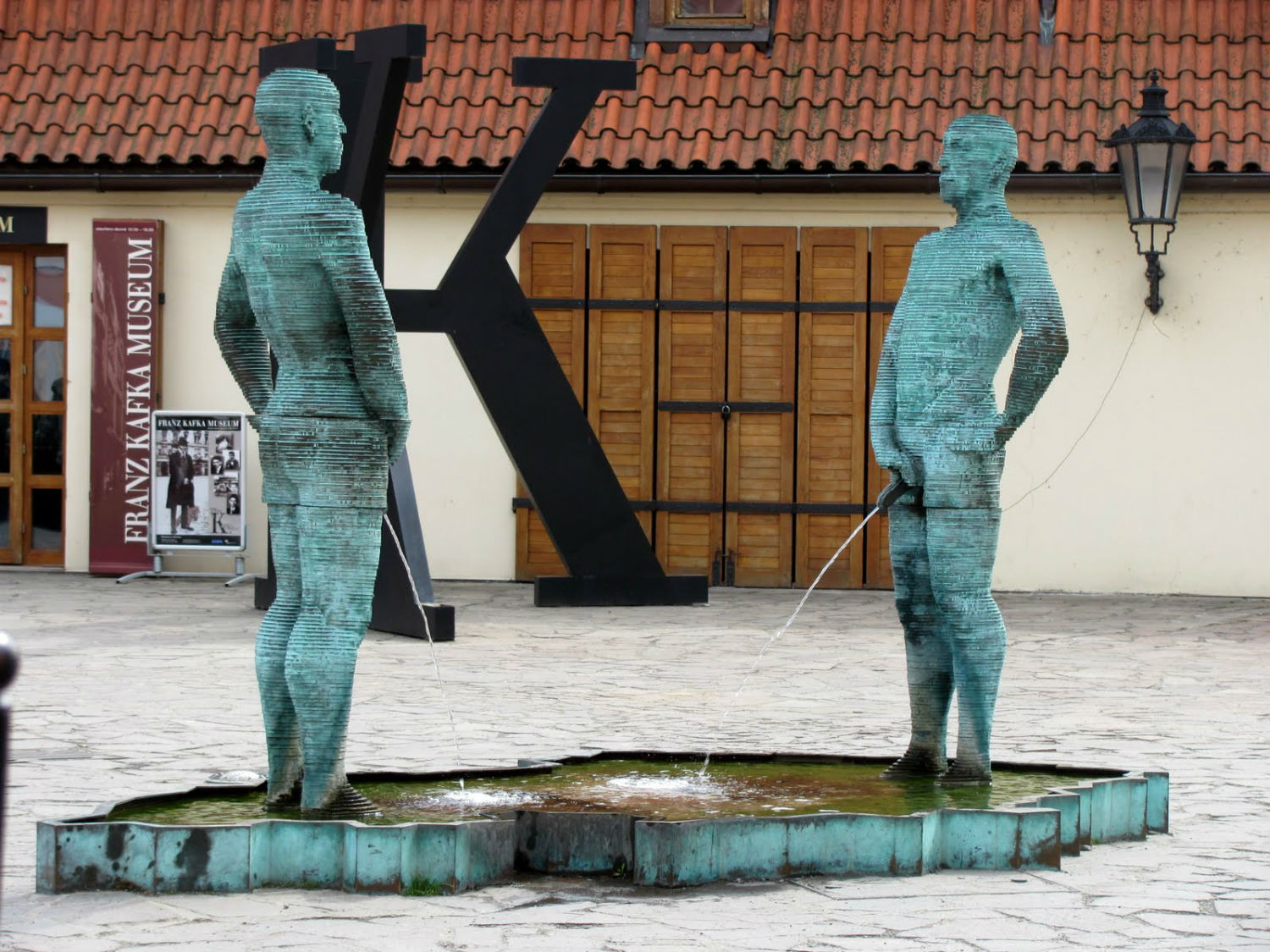 Czech sculptor David Cerny has always been a contentious figure in his country. He notoriously painted a Soviet Tank bright pink as a war memorial: an act which landed him in hot water with the Law. His sculptures regularly portray the nude human form in strange ways. Case in point: “Piss,” which shows two naked men taking a leakÂ into a pond. A marvelously surreal and twisted creation. 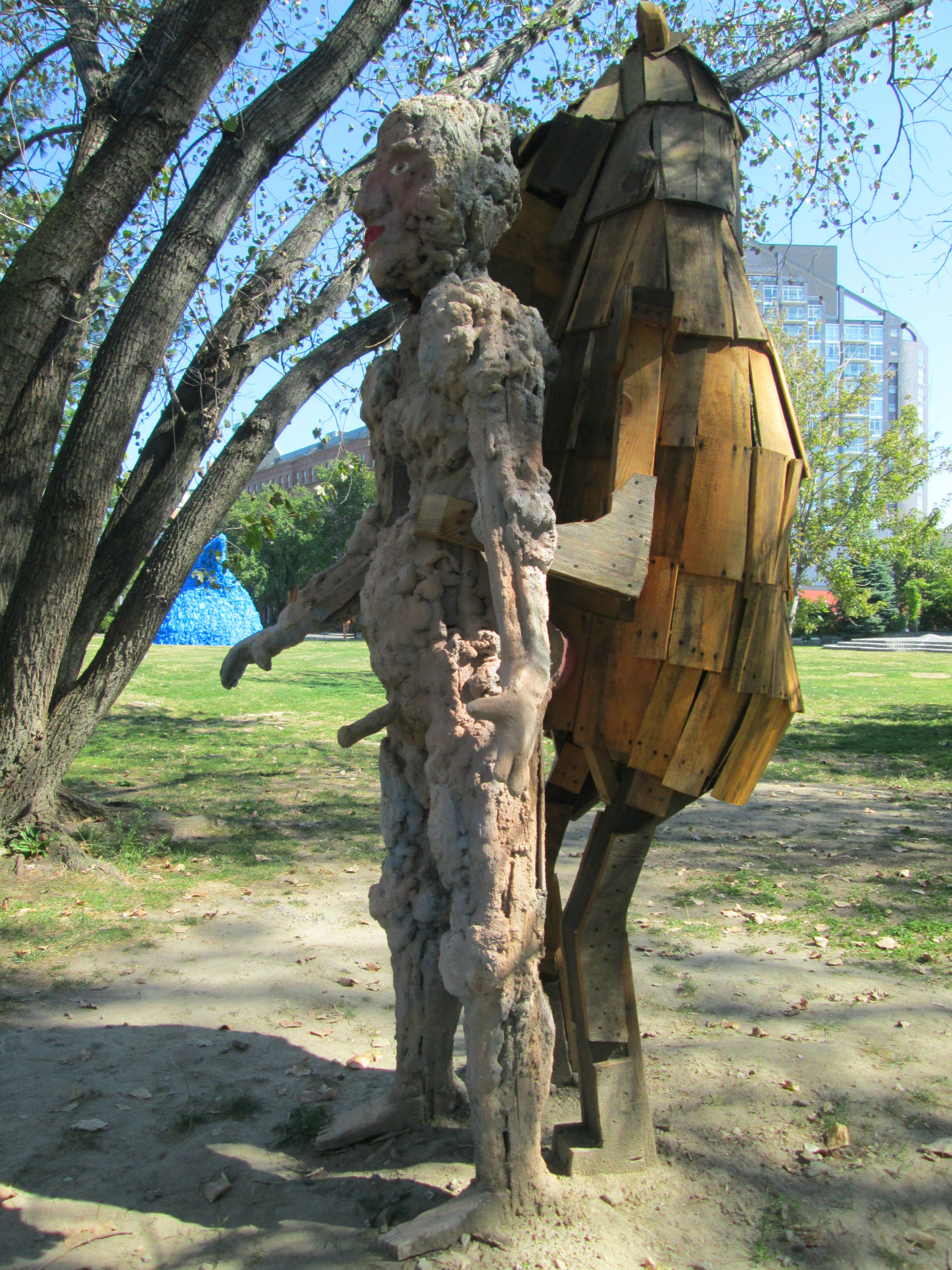 Here is a sculpture that got so much slack from the public, it had to be fenced in by the council. I am talking about the wonderfully titled “Bear Eats Man” by Icelandic sculptor and artist Thordis Adalsteinsdottir. Situated in the Socrates Sculpture Park, New York, it is done in a Folk Art style and has a real child-like, though slightly creepy vibe to it. Residents clearly thought it was more of the latter. 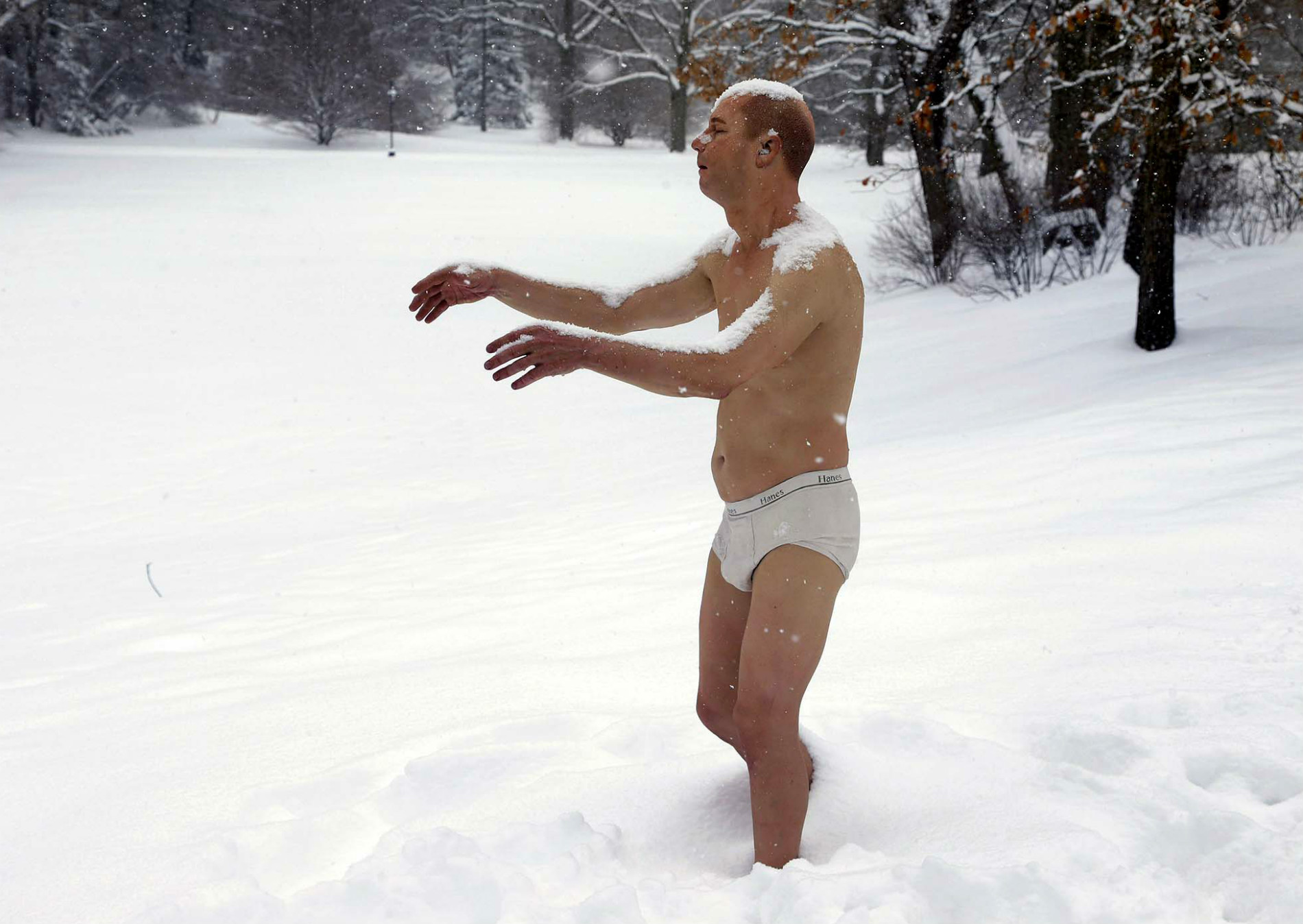 The creepiest sleepwalking statue ever?

Among the manicured lawns and crisp New England scenery of Wellesley College in the United States, a statute by the American artist Tony Matelli has caused quite a stir. MaybeÂ because some felt a sculpture of a half-naked, sleepwalking man was not the best choice of public artÂ forÂ an elite womenâ€™s liberal art college. And they might have a point. 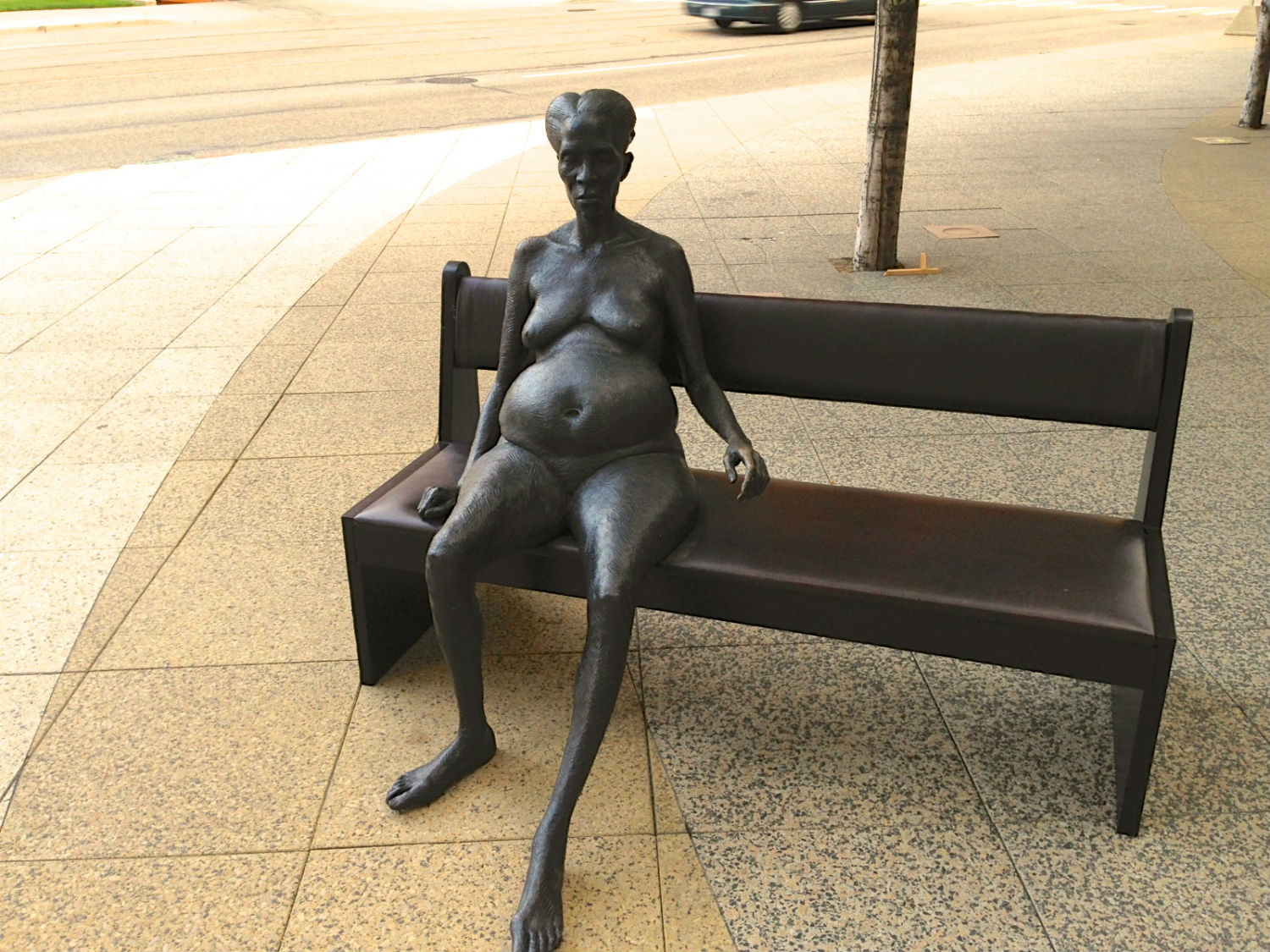 The sculptor Patrick McKearnan has courted plenty controversy over his career. As part of an entry to ArtPrize, the South Haven artist gotÂ tongues waggingÂ as to how appropriate it is as public art. It features a heavily pregnant woman sitting on a bench. The frankness of the nudity explored is what could have triggered the outcry. 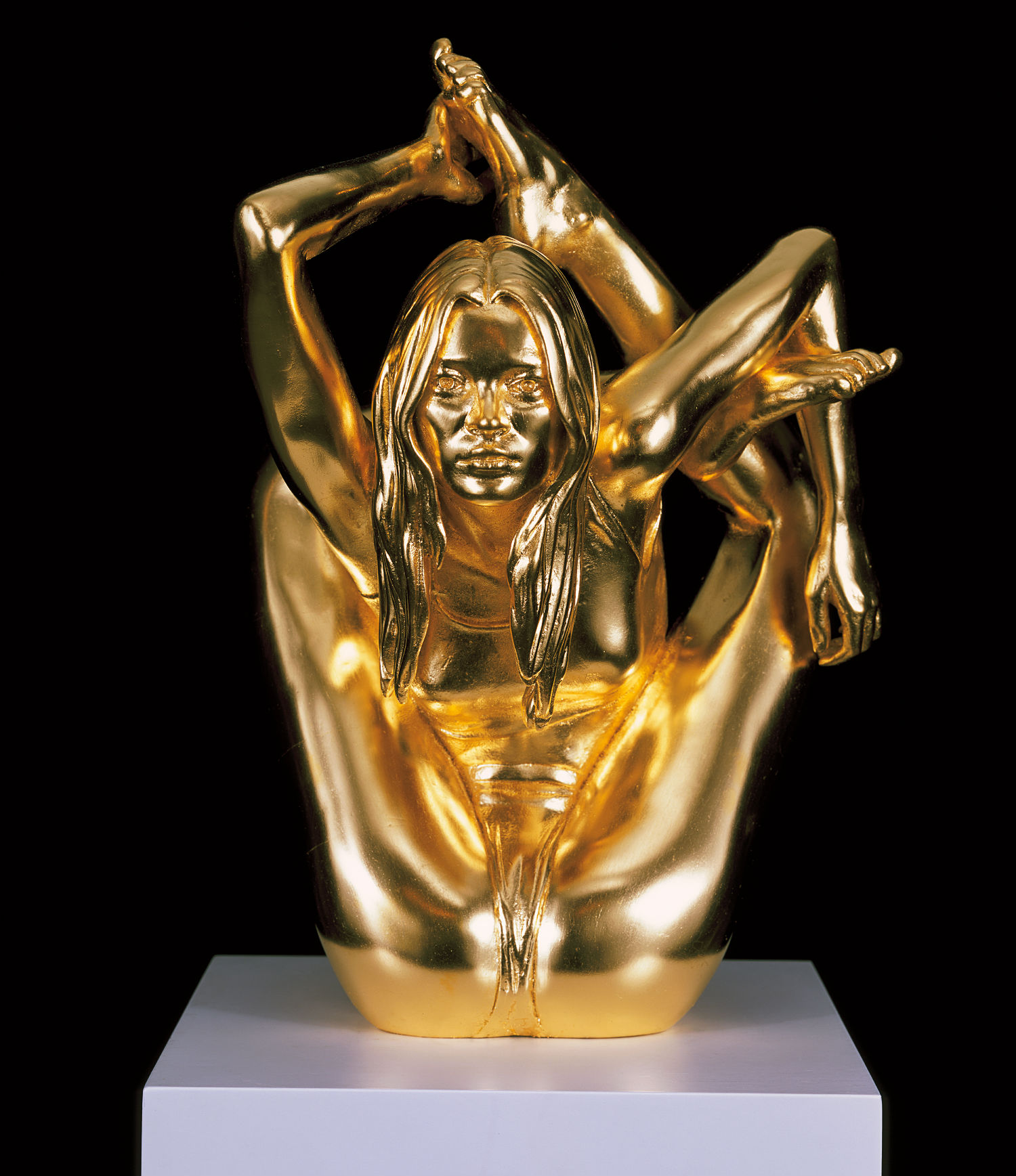 British artist and YBA member Marc Quinn has a brash, colourful style which is not to everyoneâ€™s taste. He is aÂ sculptor who has flirted with themes of celebrity in our modern age. This is most obviously captured in “Siren” which depicts a contorted, nude Kate Moss glazed in a golden finish. Take from that what you will. 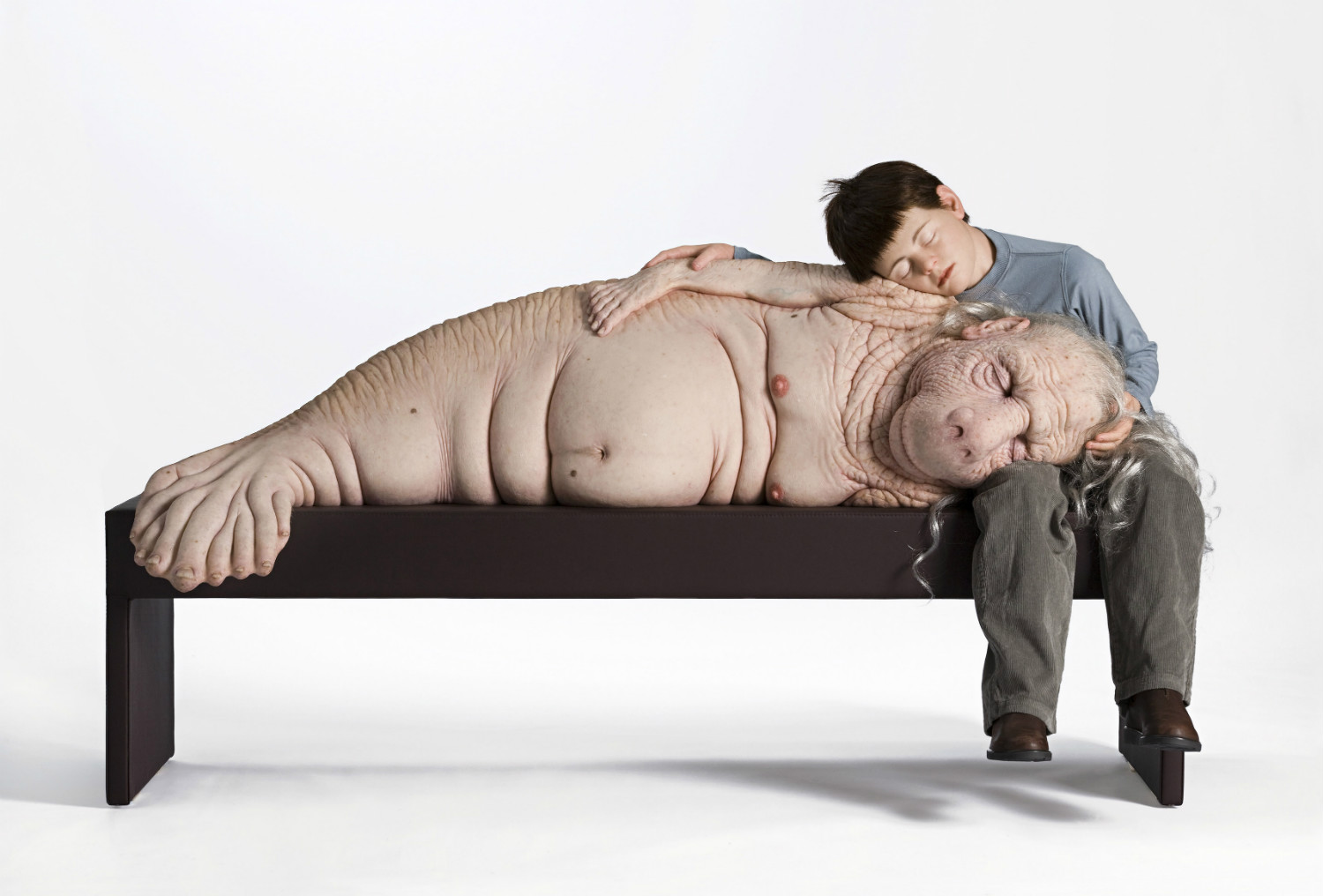 Anyone else feel like they are going to throw up?

You could pick any one of the grotesque, misshapen creatures in the back catalogue of Australian sculptor Patricia Piccinini for modern pieces of art which garneredÂ a lot of attention. Iâ€™d hate to see what this womanâ€™s dreams are like, if this is how she chooses to see and interpret humanity. Her naked, monstrous vision of sculpture makes me feel sick. 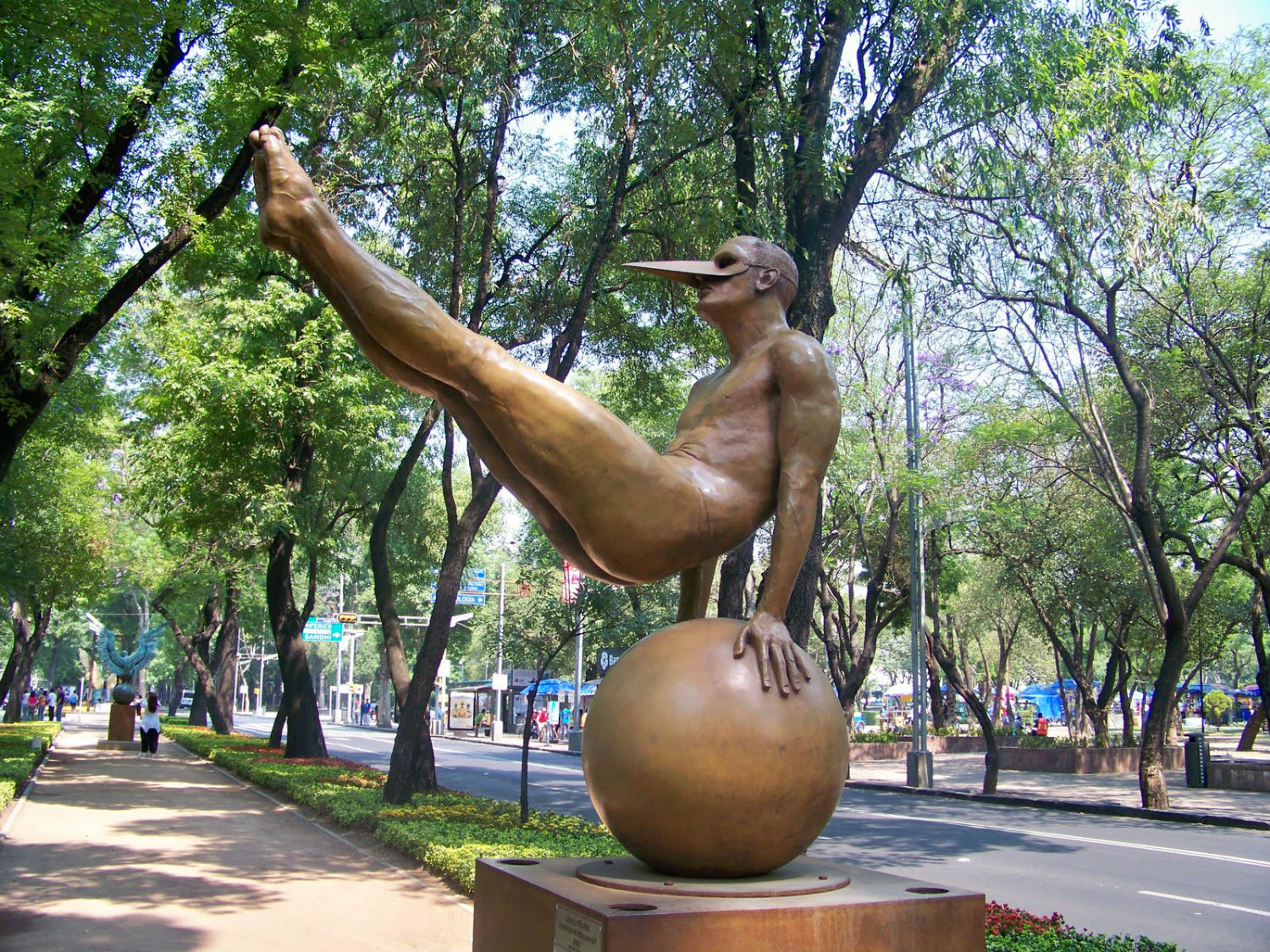 Wings of the City

The Discovery Green park in downtown Houston recently hosted an exhibition of nine sculptures by esteemed Mexican sculptor Jorge Marin, “Wings of the City.” All the works shown feature visions of the human body in their naked form, very often in a religious context, for example as distorted representations of angels. Spellbinding stuff. 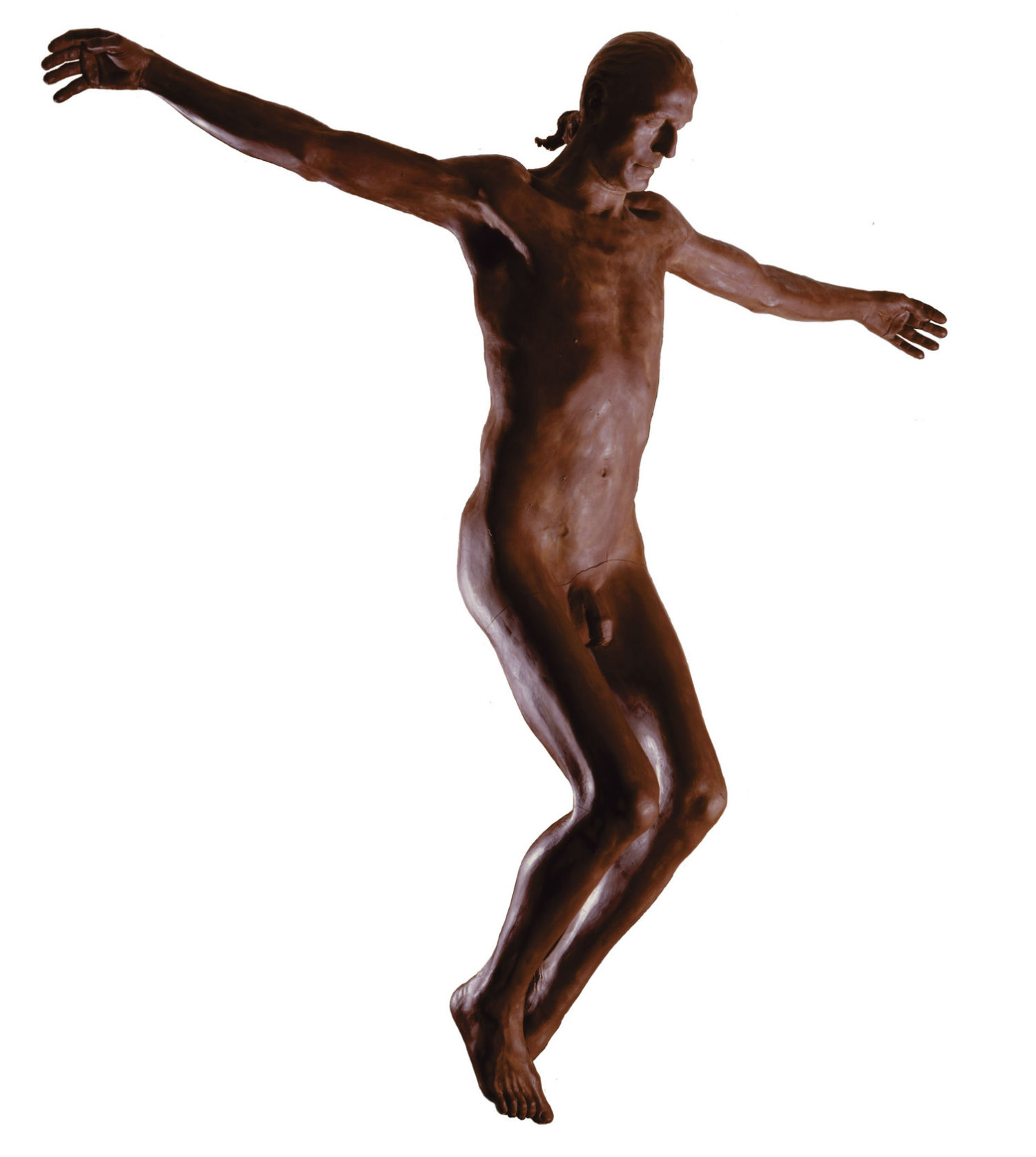 Italian-Canadian sculptor and visual artist Cosimo Cavallaro is someone who likes to use unorthodox materials on his art. He once covered a downtown New York hotel in melted cheese. But it was his “Chocolate Jesus” that courted the most outrage as youâ€™d imagine. Without Cross or loincloth his vision of Jesus is serene and somewhat at odds with the choice of material. 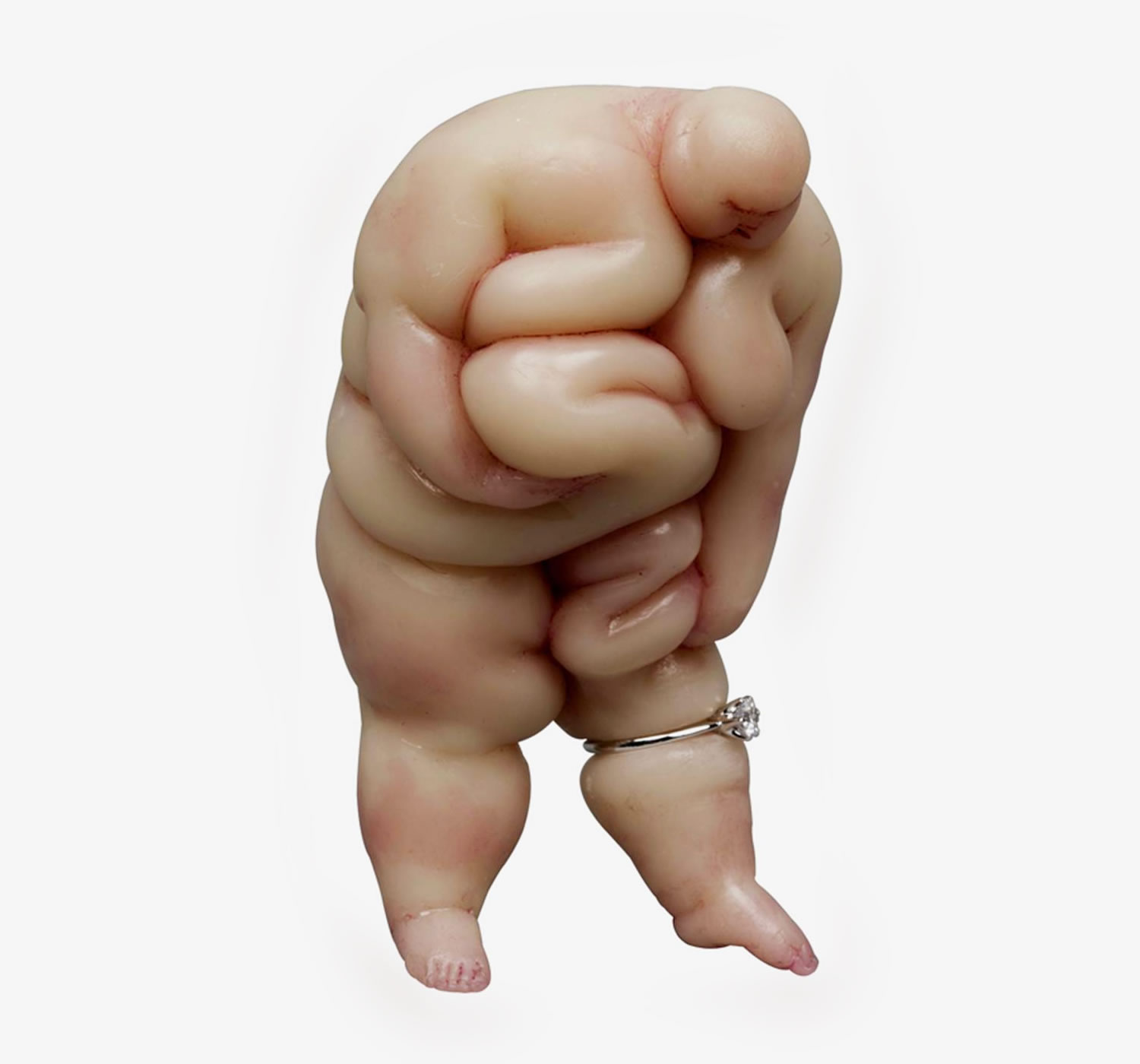 Mu Boyan plays with the image of overweight sumo wrestlers in his work.

The sumo sculptures by Chinese artist Mu Boyan are interesting pieces of modern art for a number of reasons. Visually they are as striking as they come, as youâ€™d expect a giant oversize sumo wrestler sculpture to be. But Boyan is engaging with that old East versus West cliche as in China and other parts of the continent, obesity is connected to extravagant wealth. 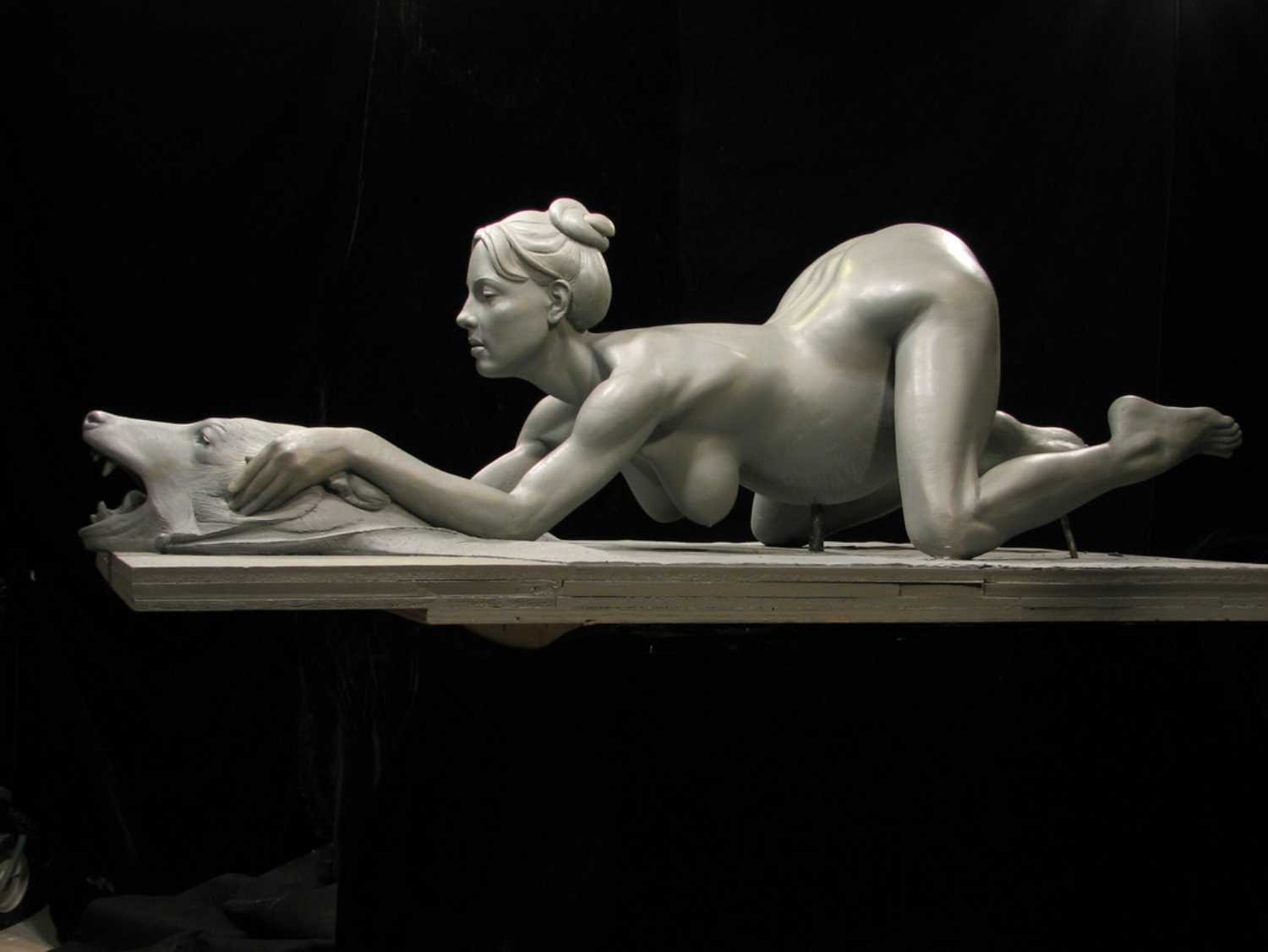 Monument to Pro-Life: The Birth of Sean Preston

It doesnâ€™t get much more controversial than Daniel Edwardsâ€™s graphic sculpture of pop singer Britney Spears. He is a contemporary artist who engages with the concept of celebrity in order to create striking pop art pieces. The sexualised nature of this work, which depicts Britney giving birth is naturally the source for its unpopularity in middle America.