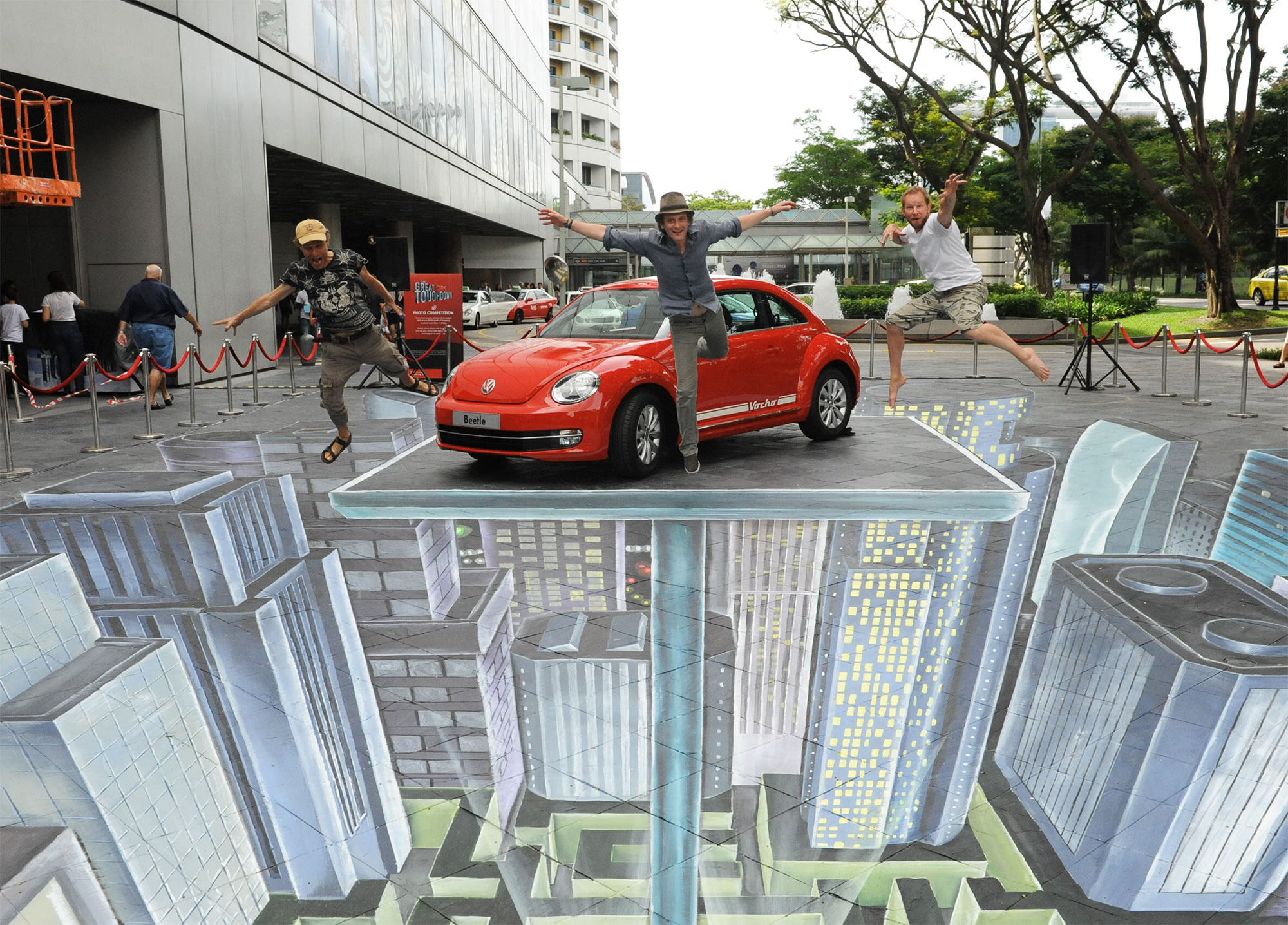 For six straight days, street artist Leon Keer worked on a chalk drawing that included images of childhood attic objects (like old teddy bears and a baby doll) laying on the floor, and a big hole leading to an underground city. All of this was colored on the wood floor of an exhibition room in the Museum Arnhem in the Netherlands, which you can see in the sixth image within post. This was done this August, and he also created another anamorphic piece for LEGOLAND Amusement Park in GĂĽnzburg (Germany), and in July, did a few more such as a girl in a fish bowl and toy robot parts in Trondheim, Norway. 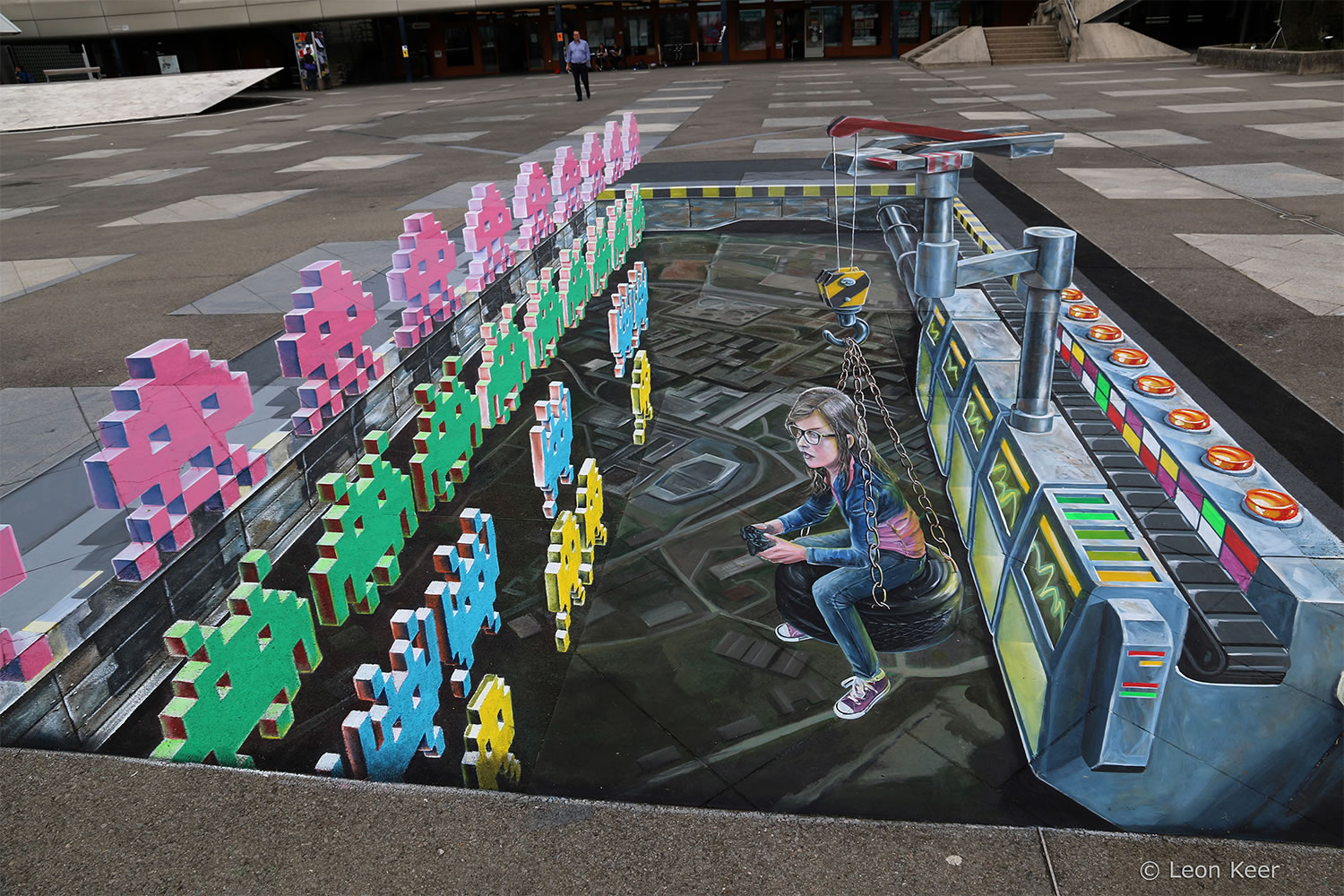 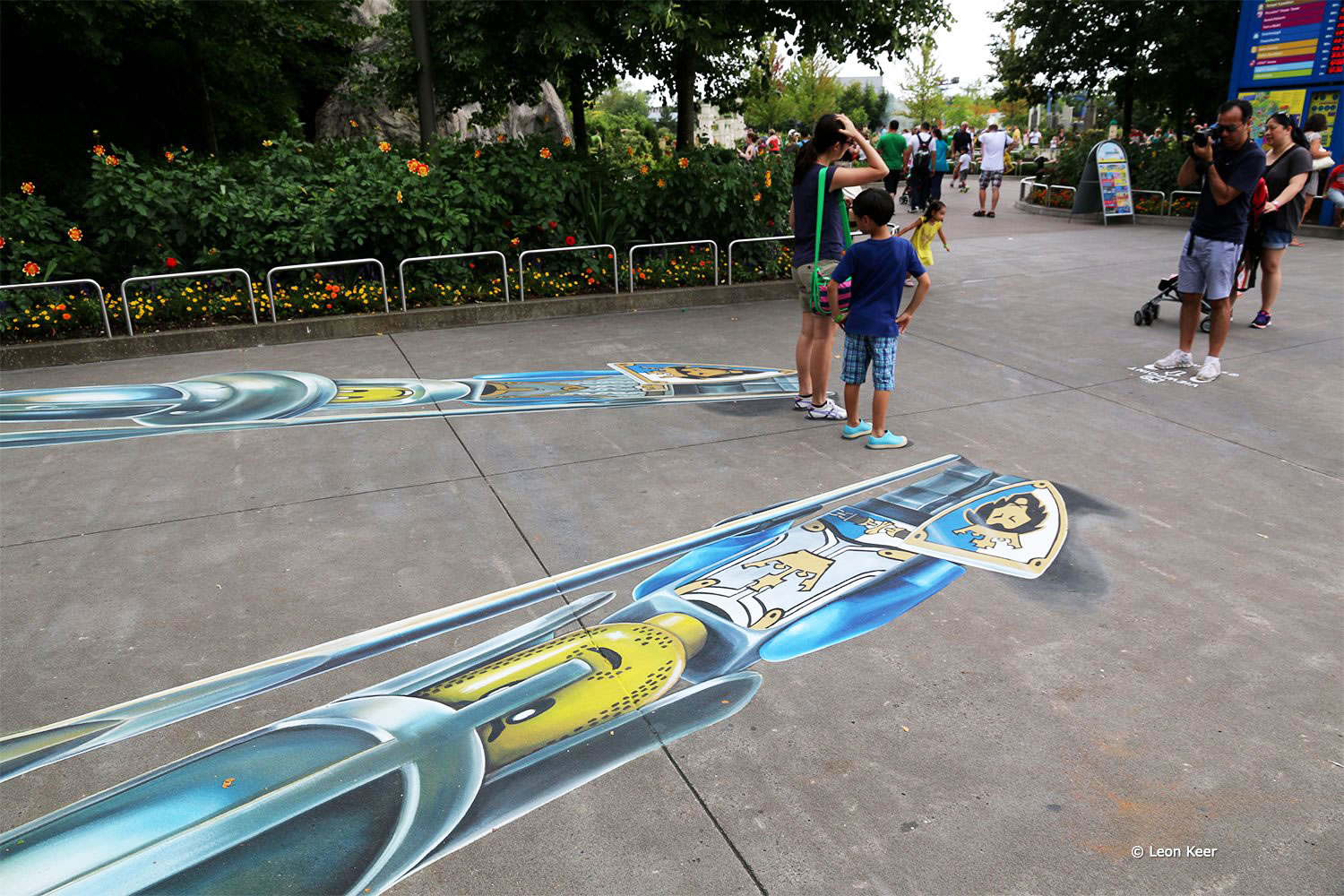 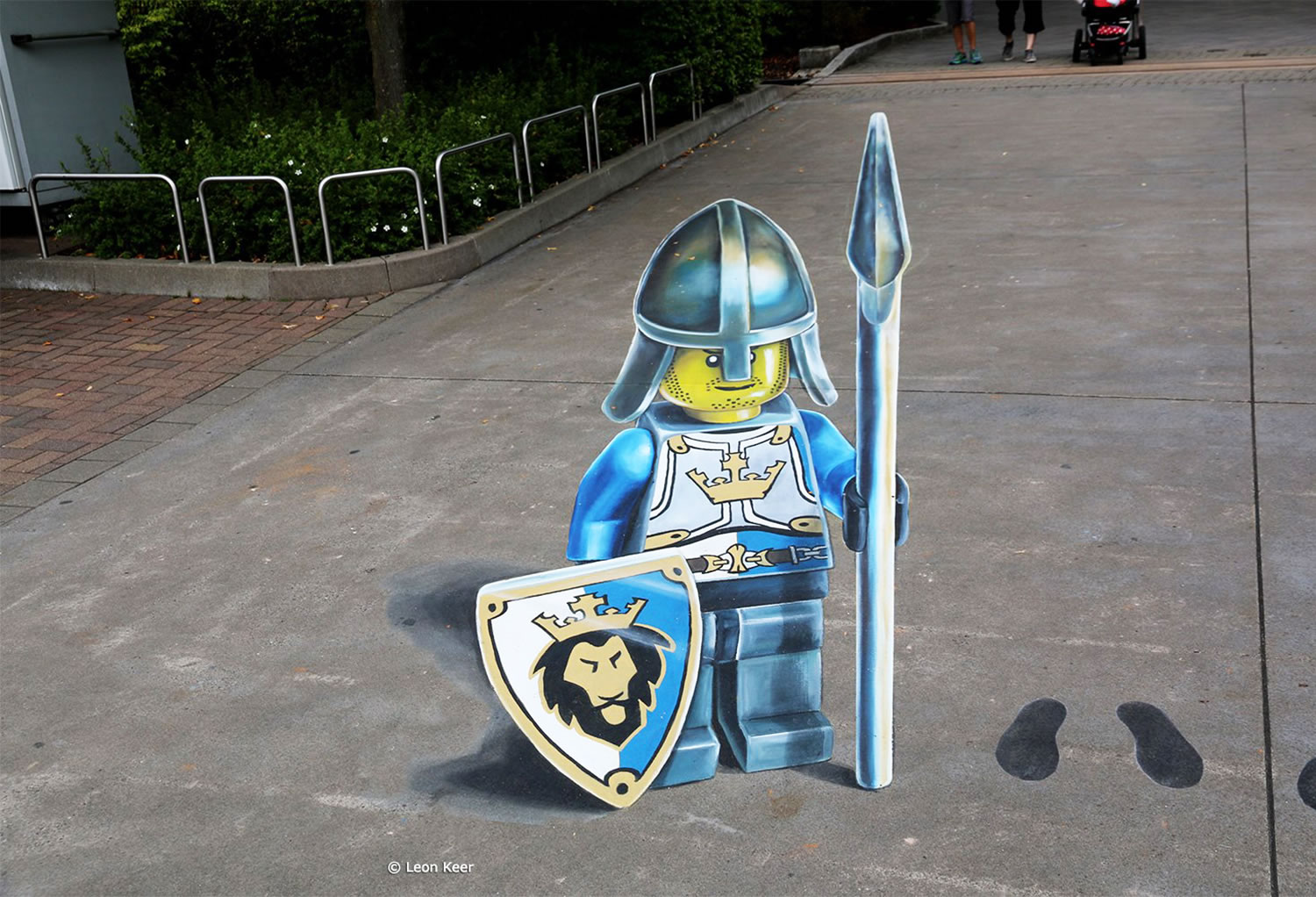 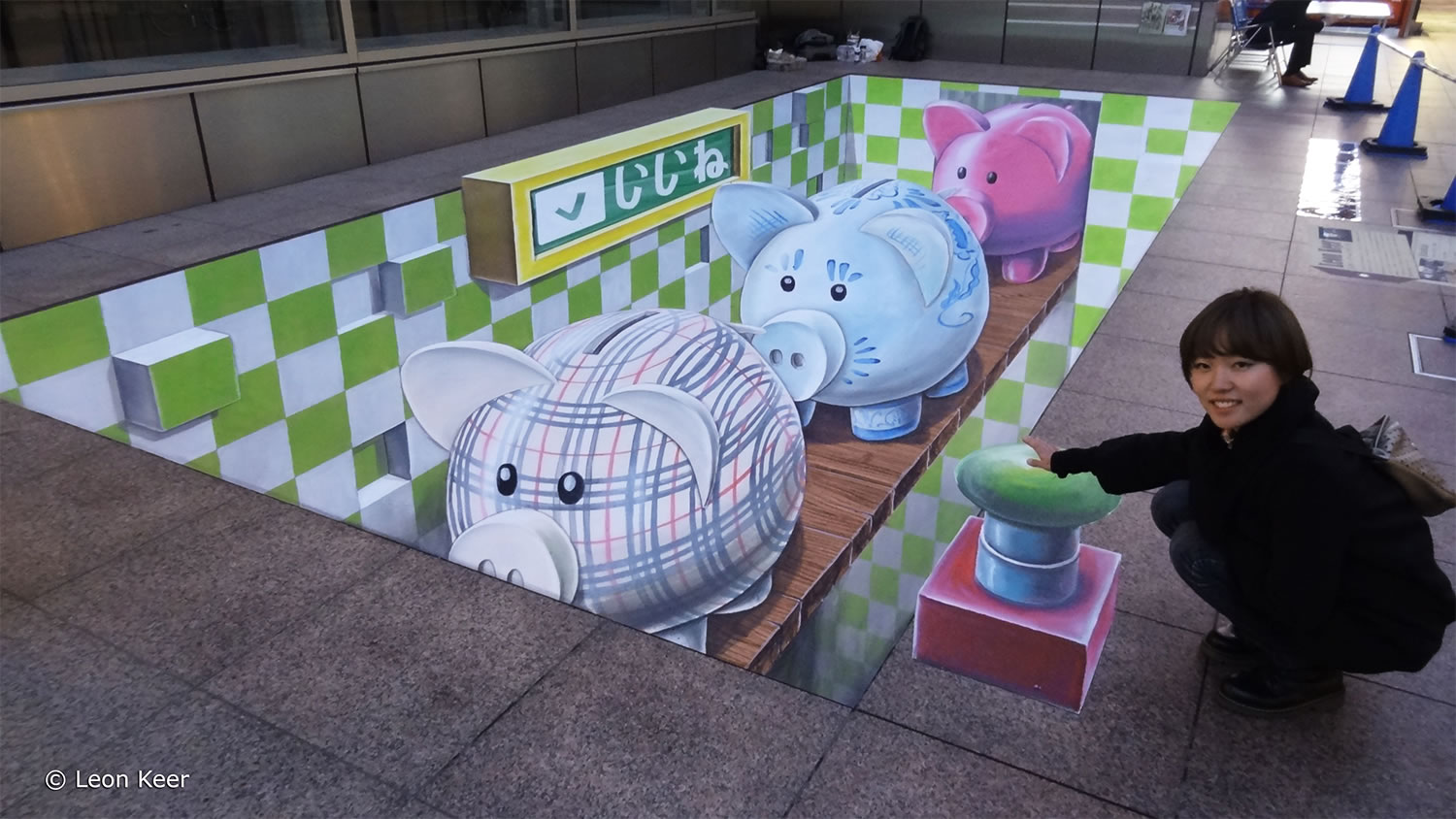 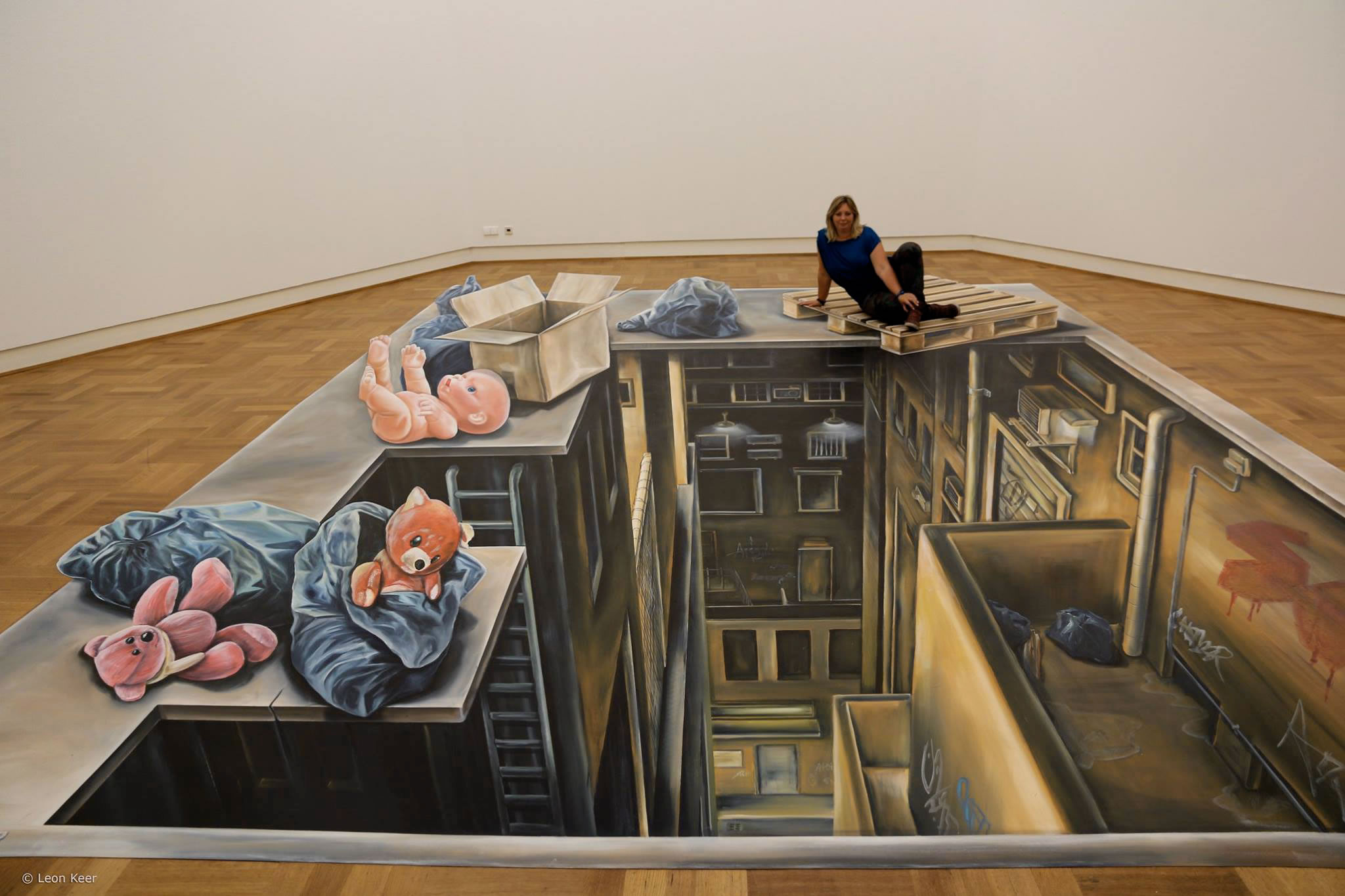 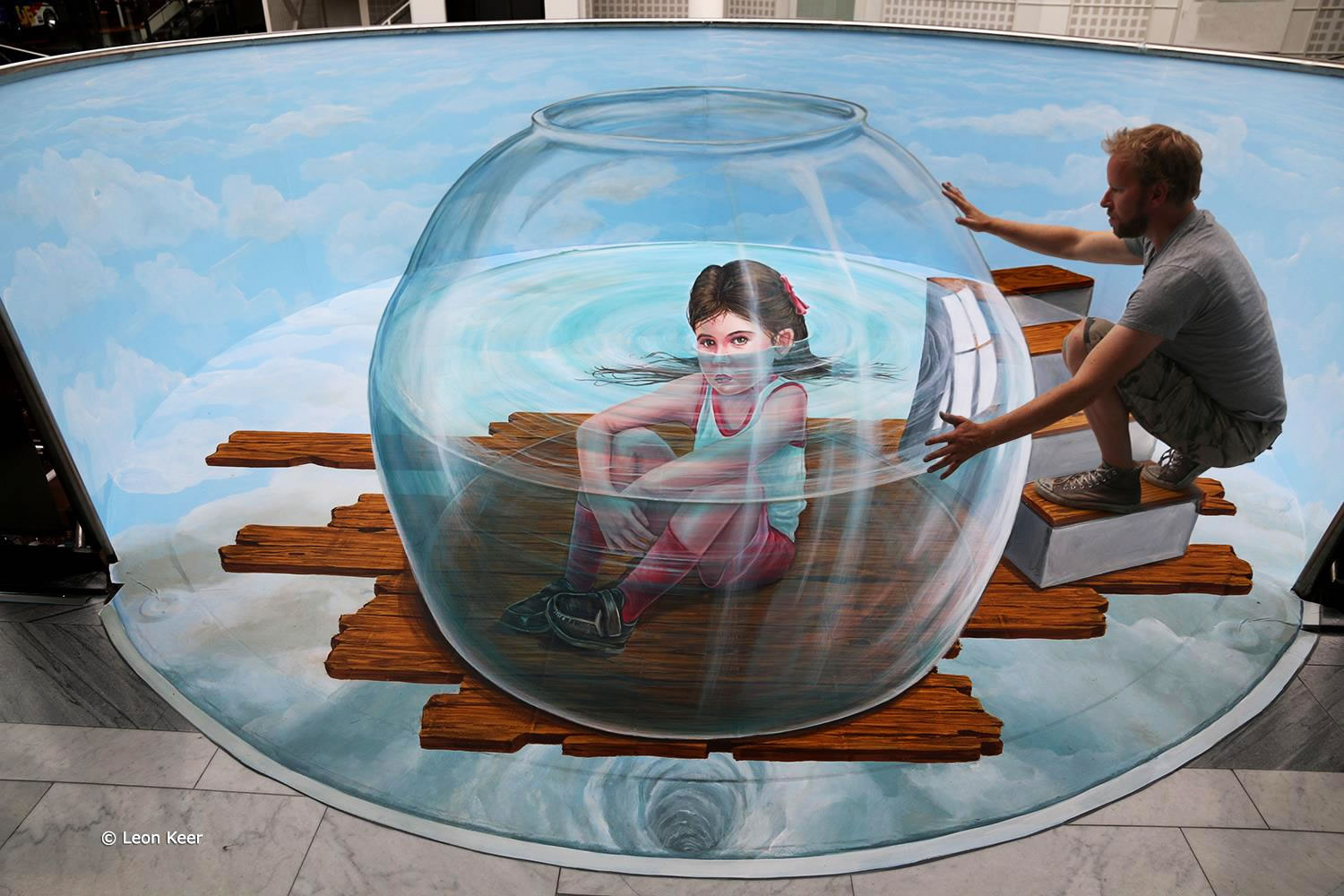 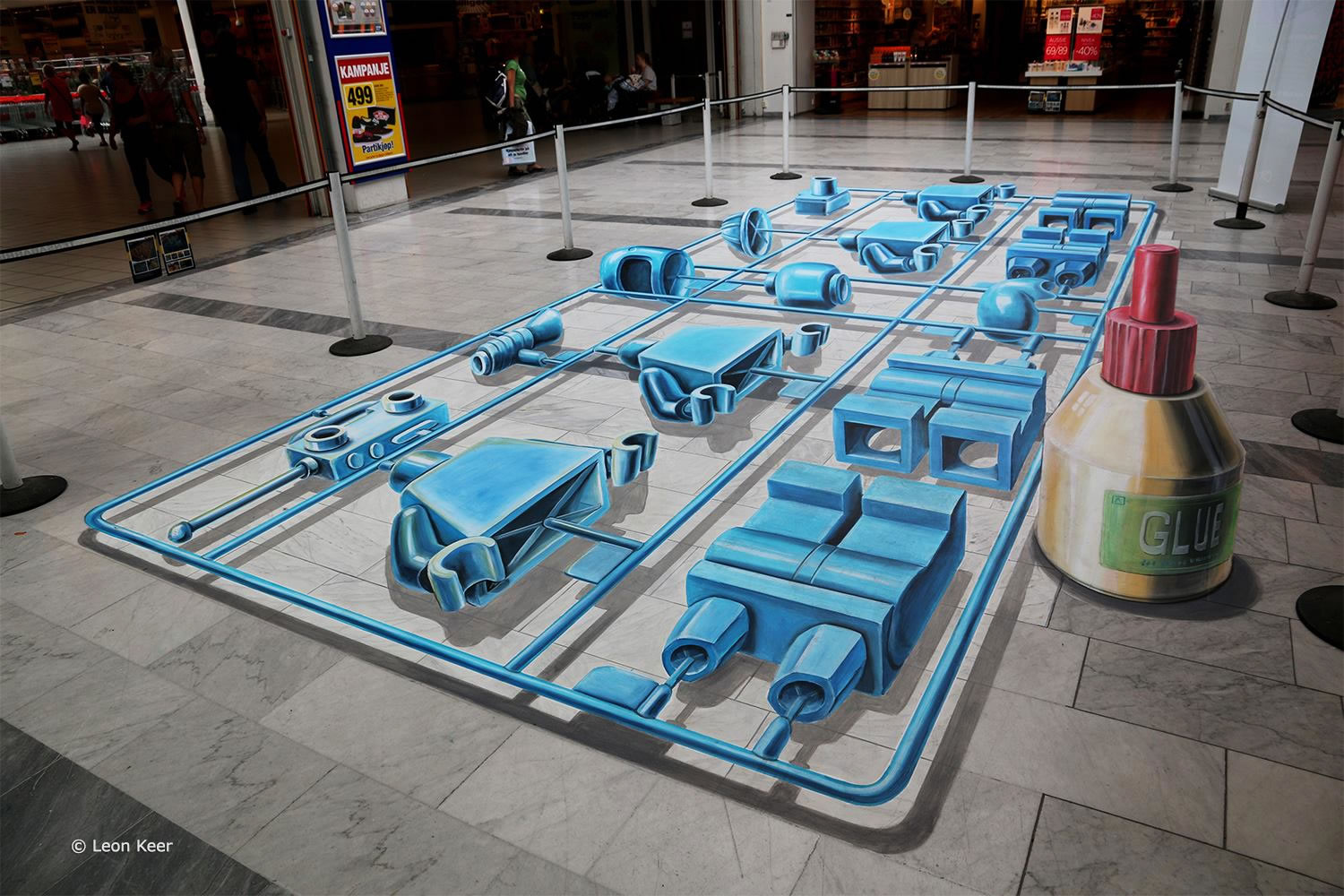 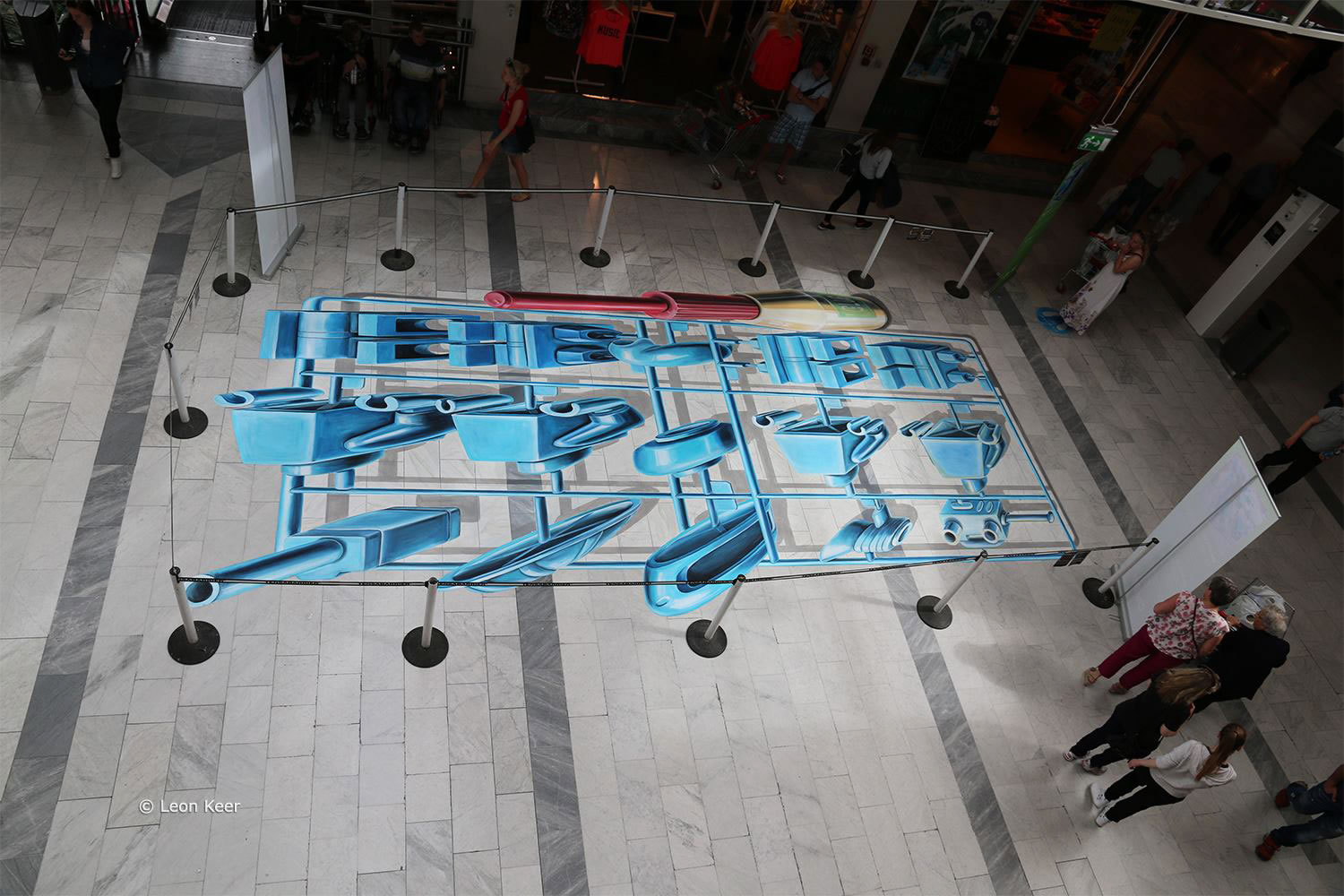