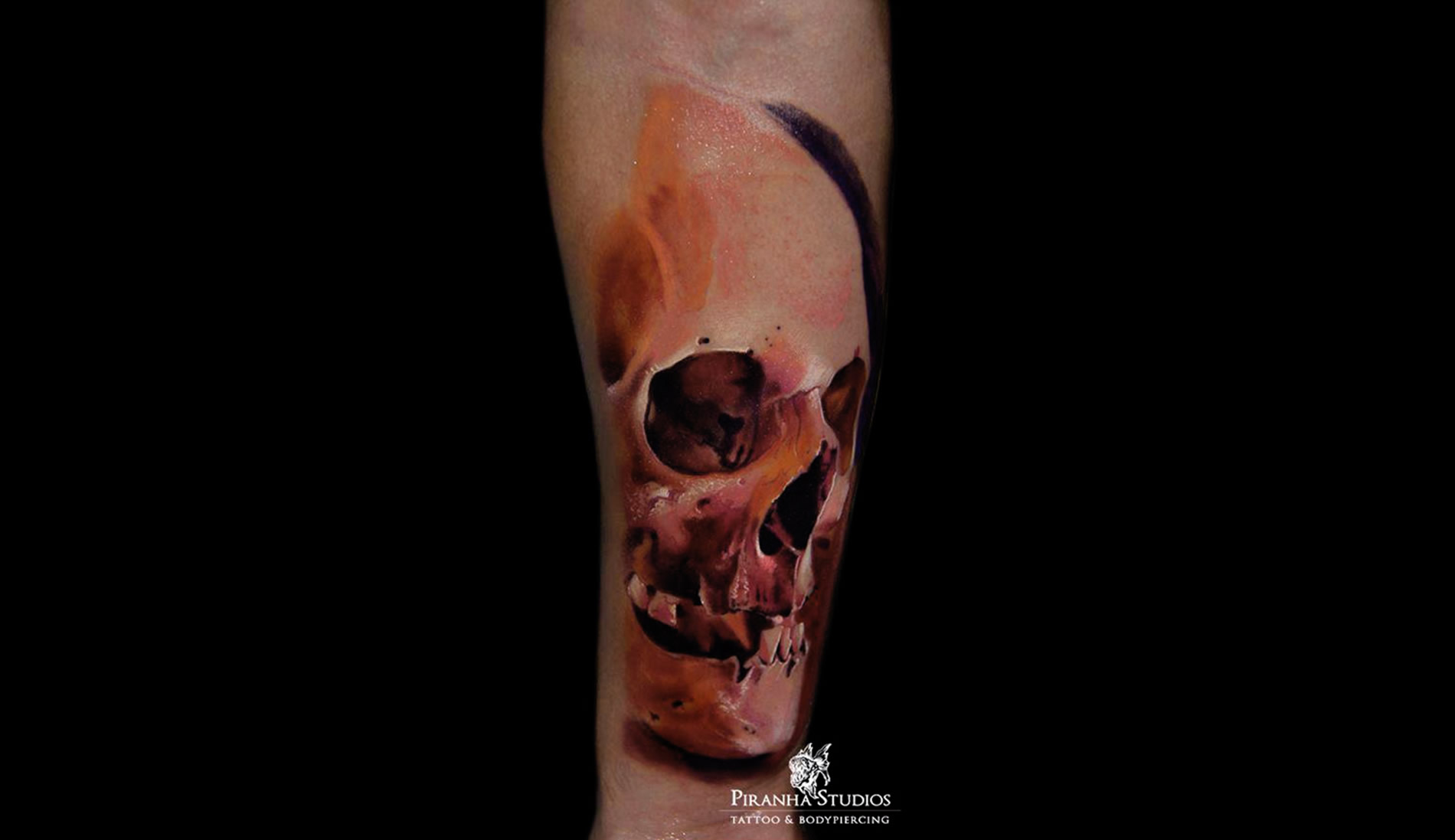 Last February, Piranha Tattoo Studios won second place for “Best Color” at the 19th Milano Tattoo Convention. It is no wonder they did so well because they have a good group of artists in their shop like Robert Zyla, Sergey Gas… plus guest artist Pavel Krim. If you have something to cover-up or looking for a realistic skull, tiger or flower, make an appointment at this studio in Viseu, Portugal. 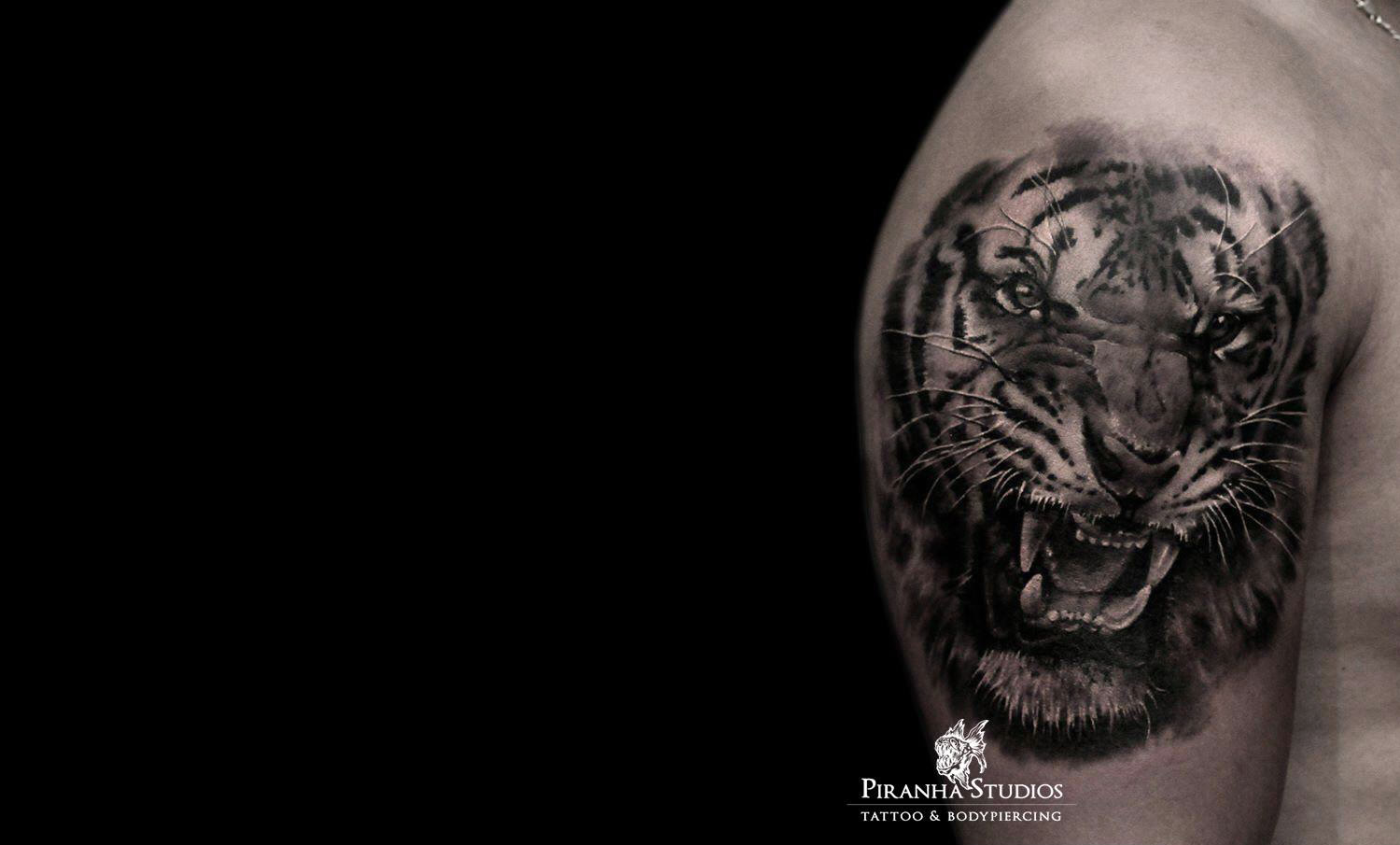 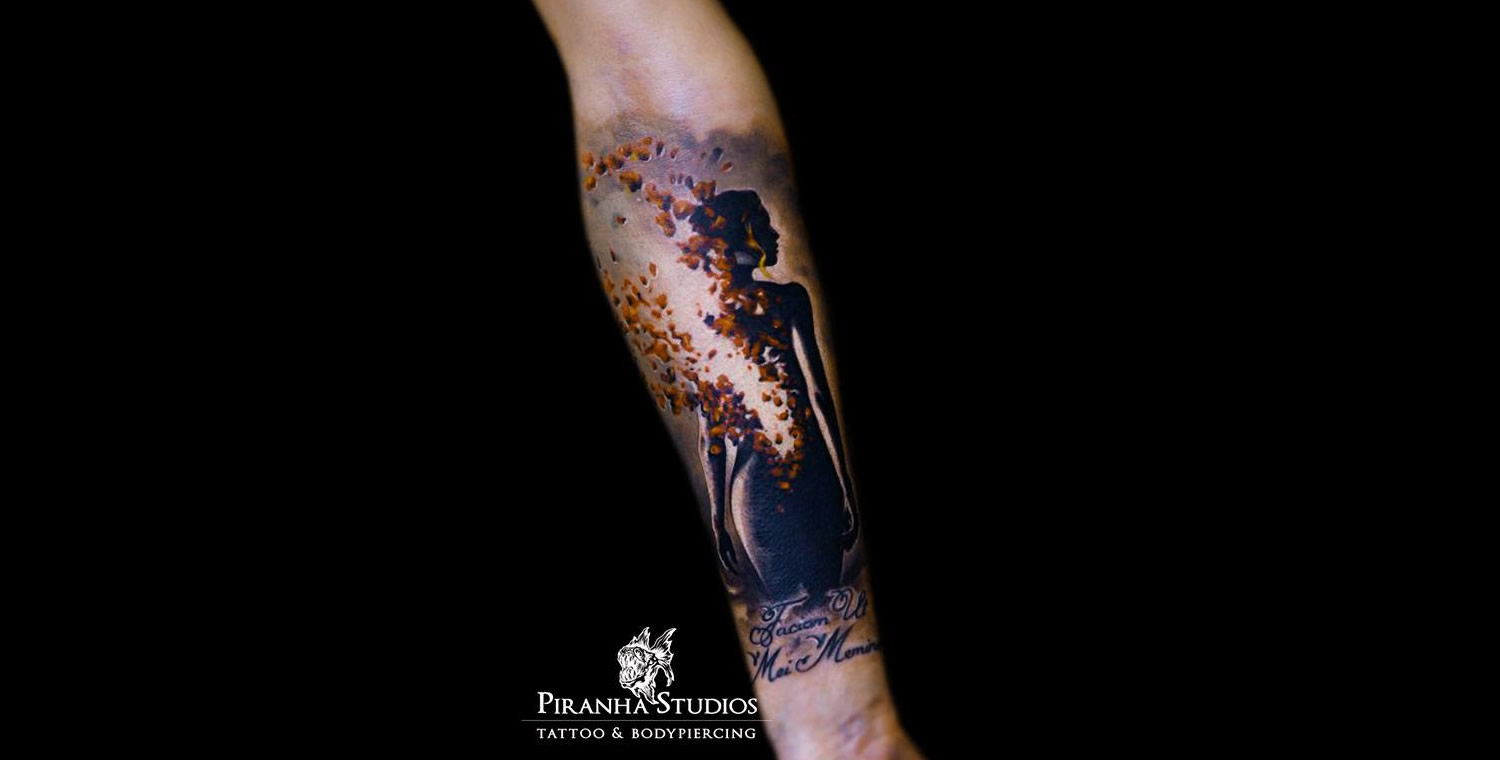 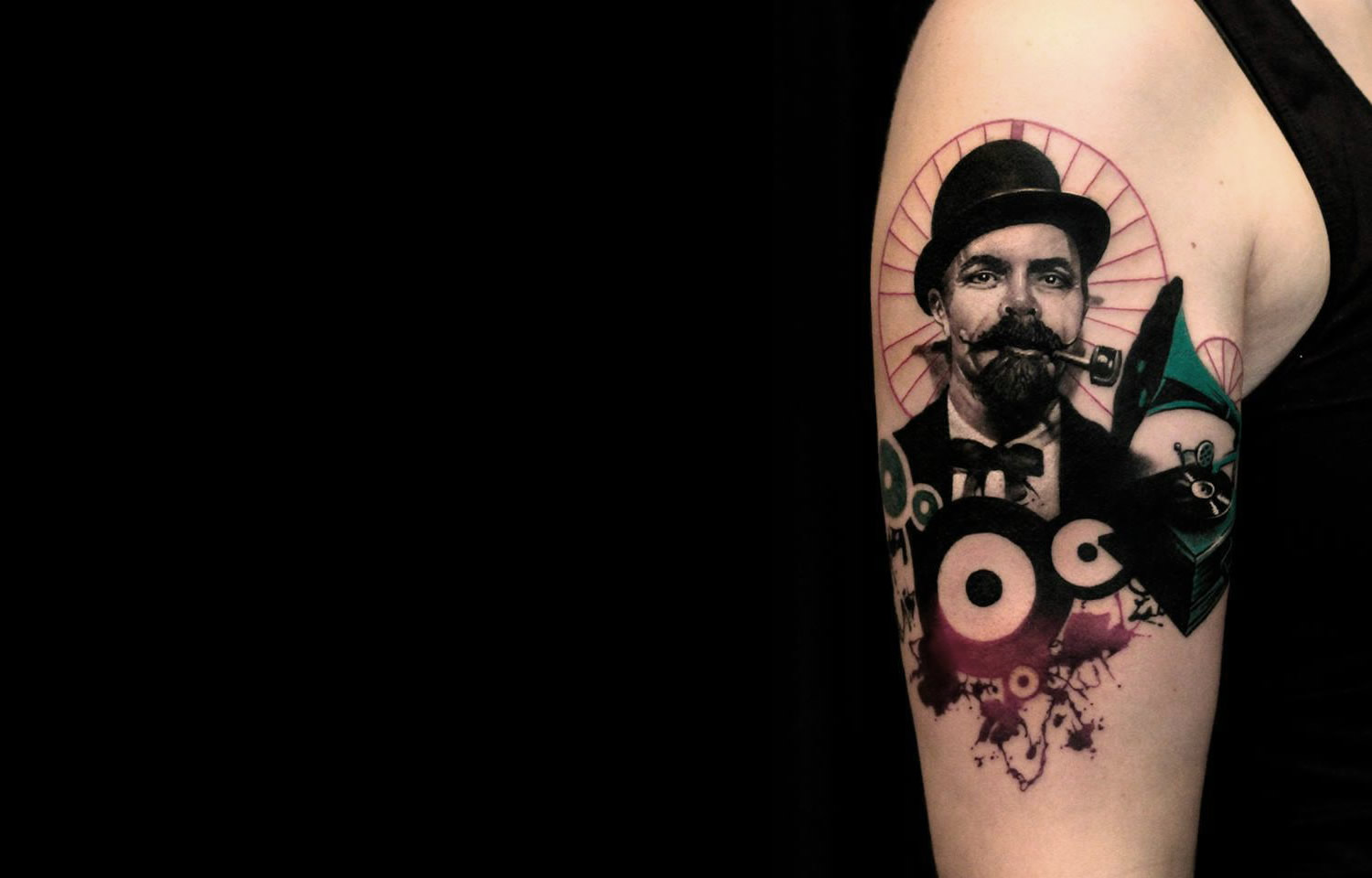 The pipe man by Pavel Krim. 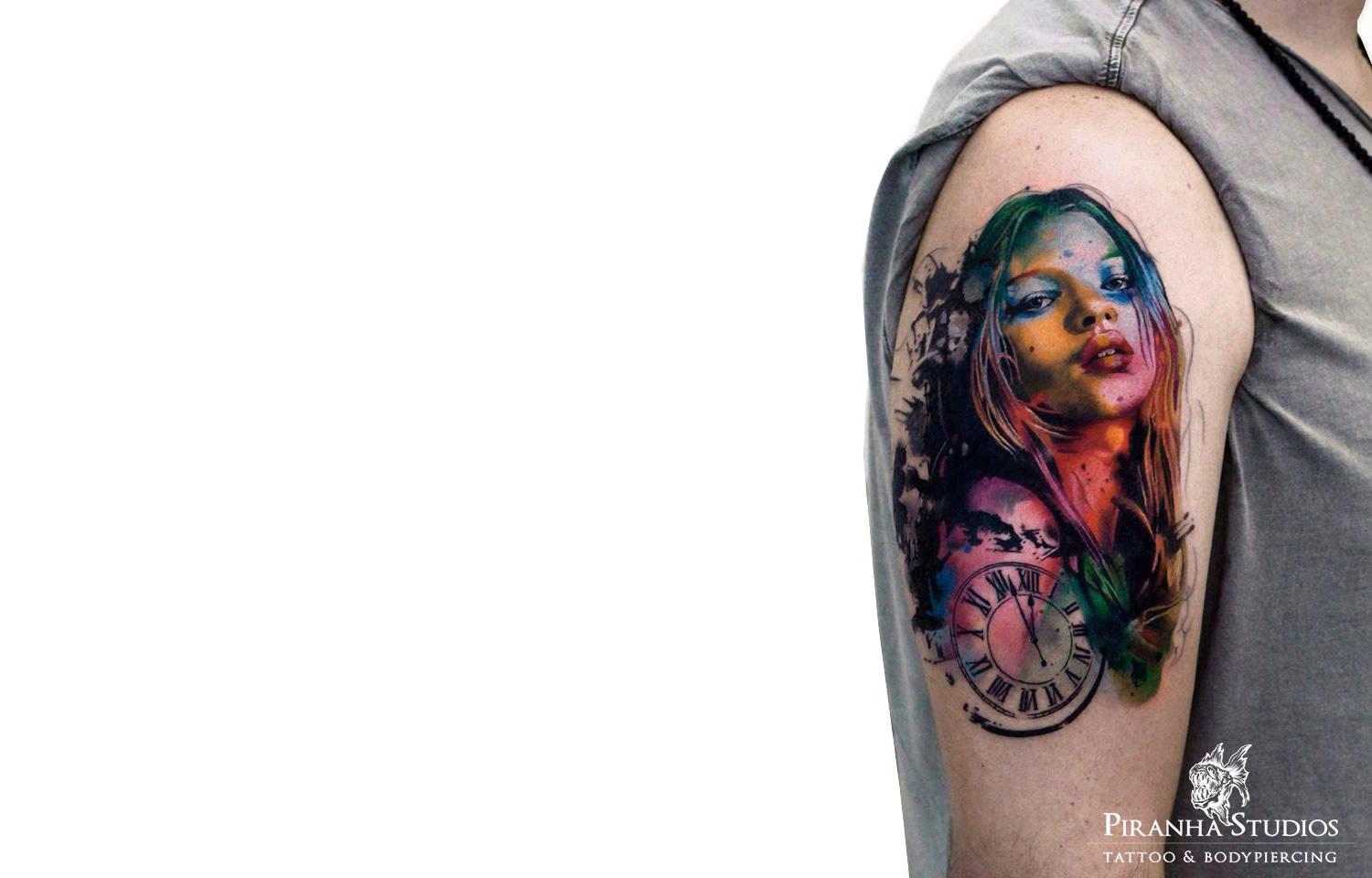 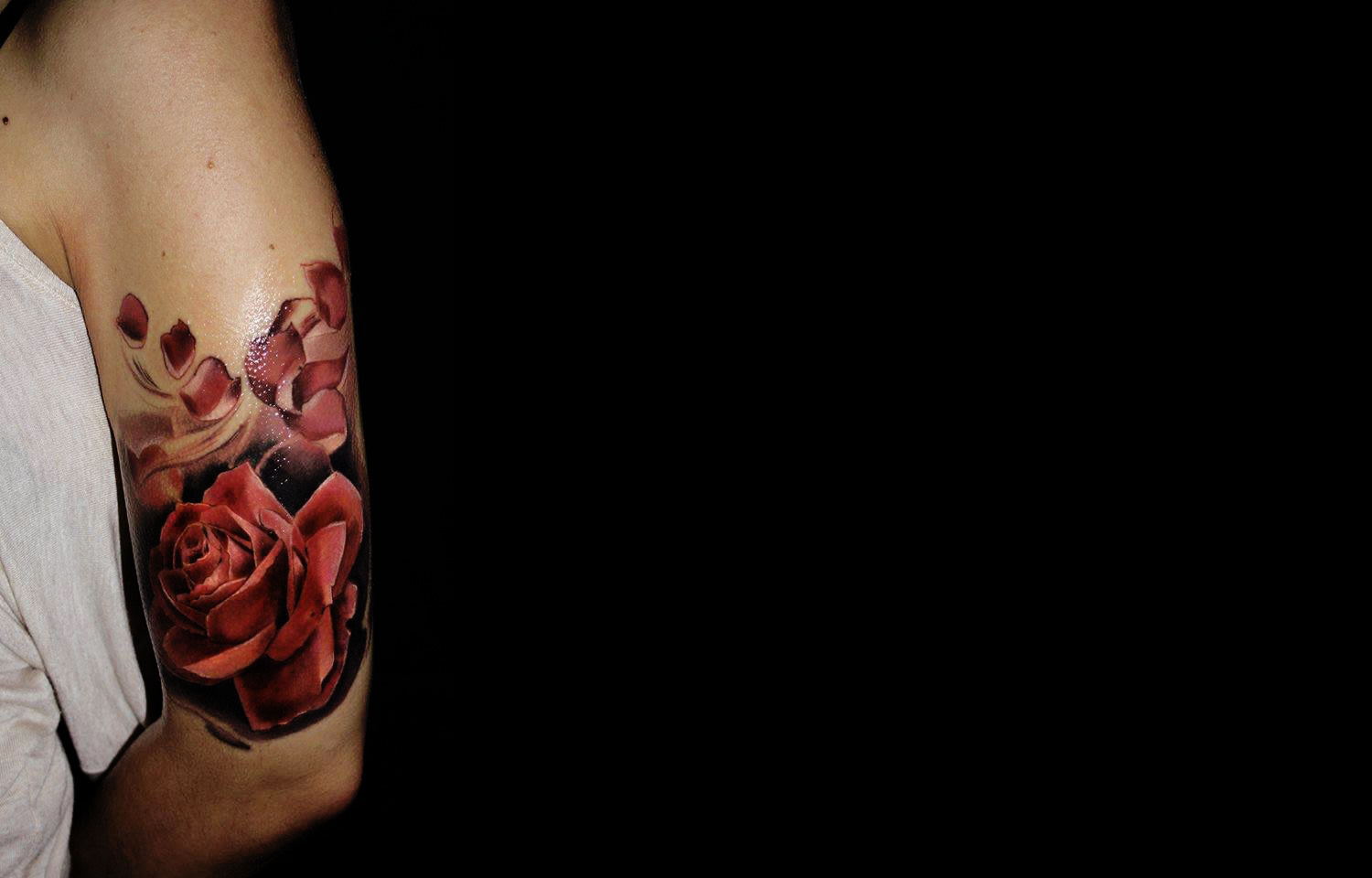 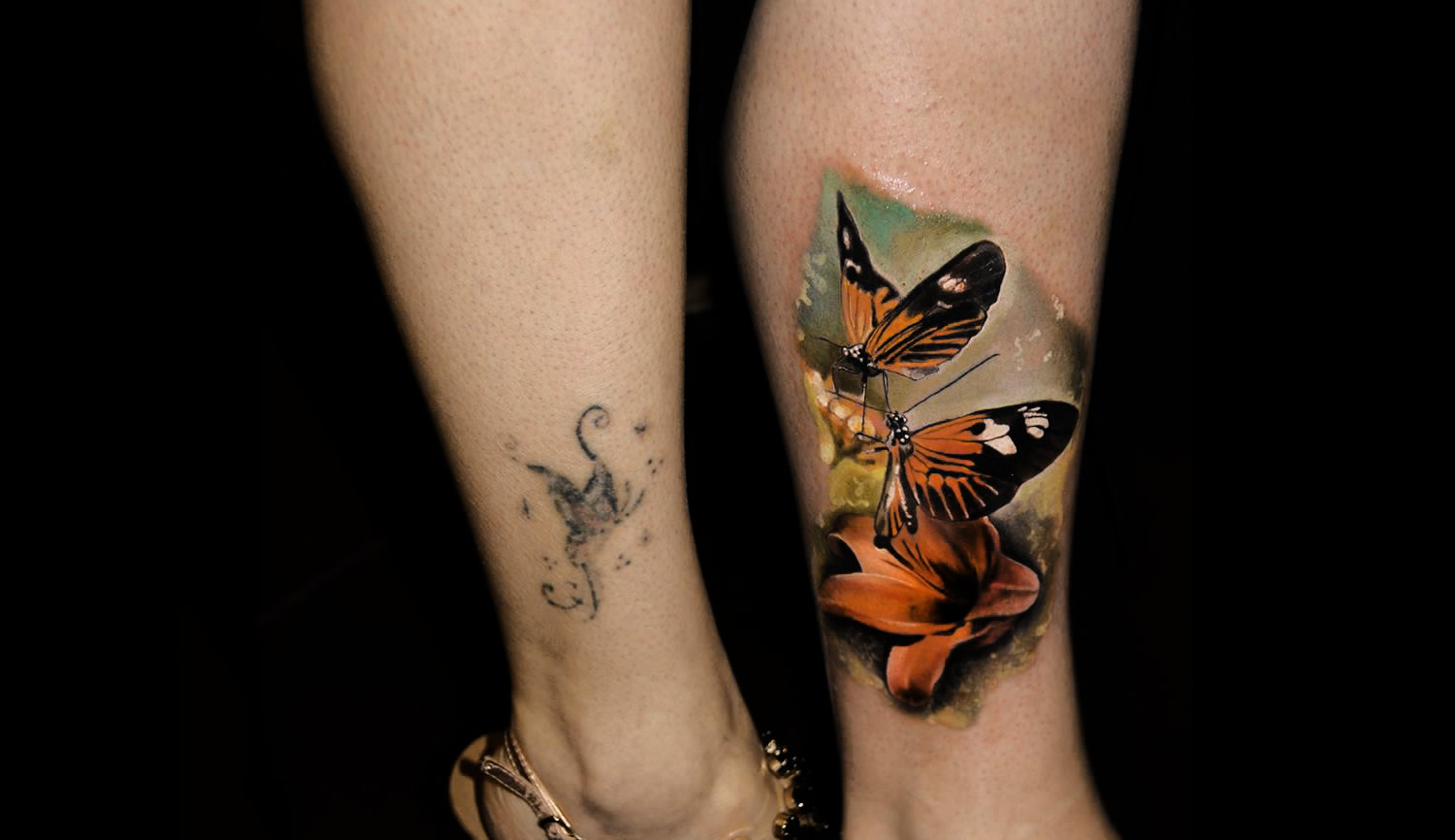