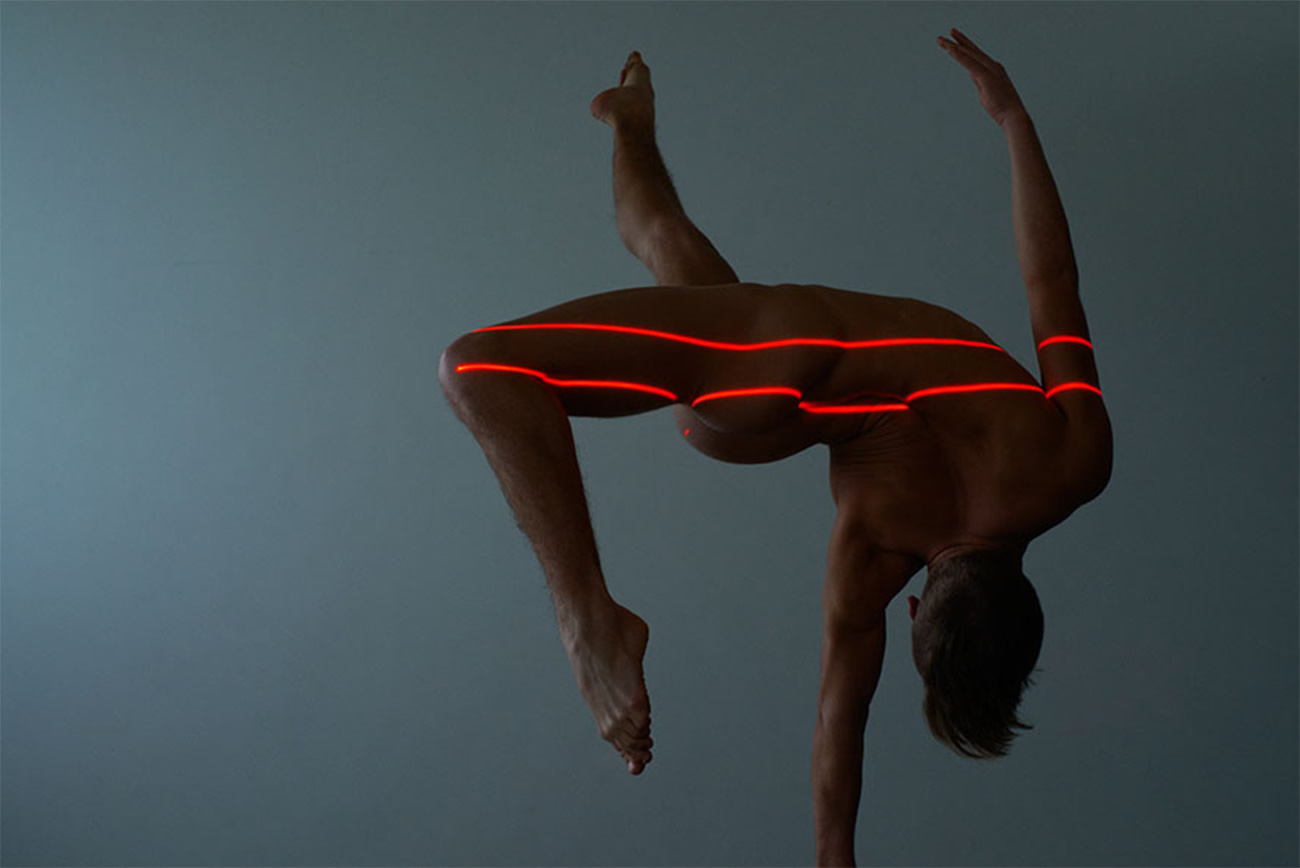 Bertil Nilsson has just released two new photos from his “Luminescence” series, which includes laser beams screened on the body of acrobatic gymnast champion, Edward Upcott. Nilsson has focused on capturing pictures of the human body in motion, from artistic shots of athletes and dancers to circus performers. Another great example of this is, “Naturally,” an on-going project that explores order and chaos, color and form in relation to nature. The artist sprinkles red powder on each performer, a color that contrasts with the beach and forest floor, but at the same time there is harmony and connection to the environment. 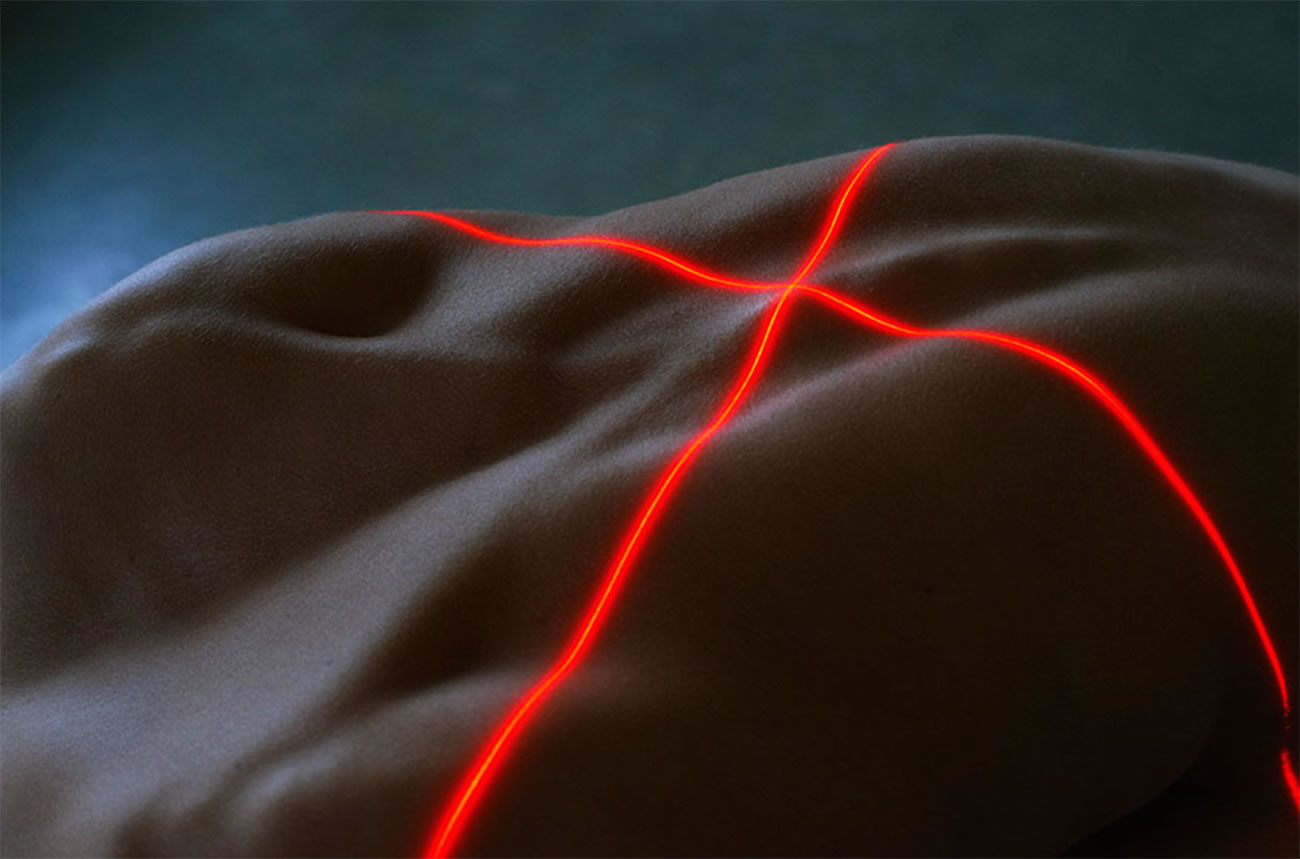 Top: Images from the “Luminescence” series. Below: Photos from “Naturally” by Bertil Nilsson. 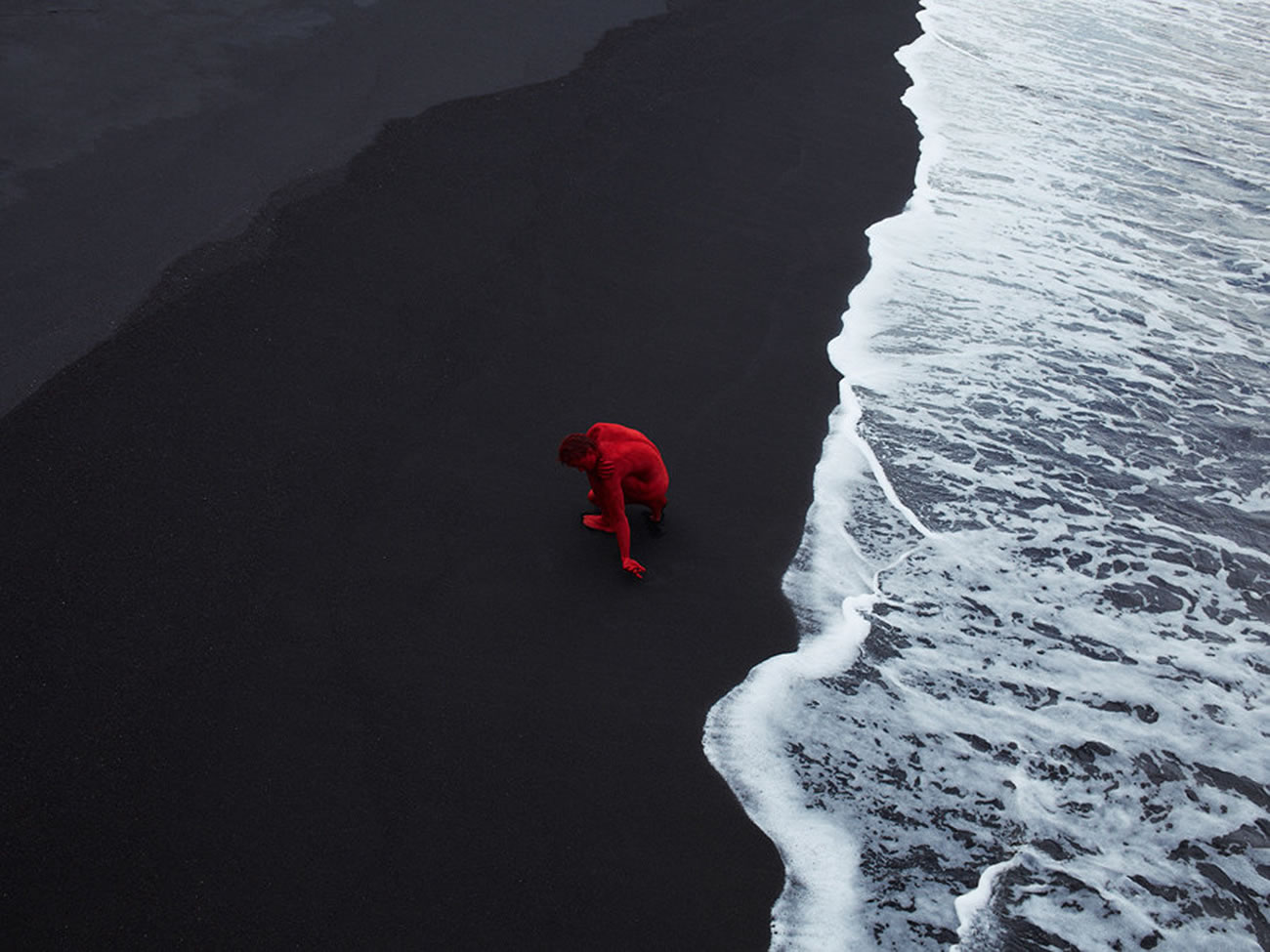 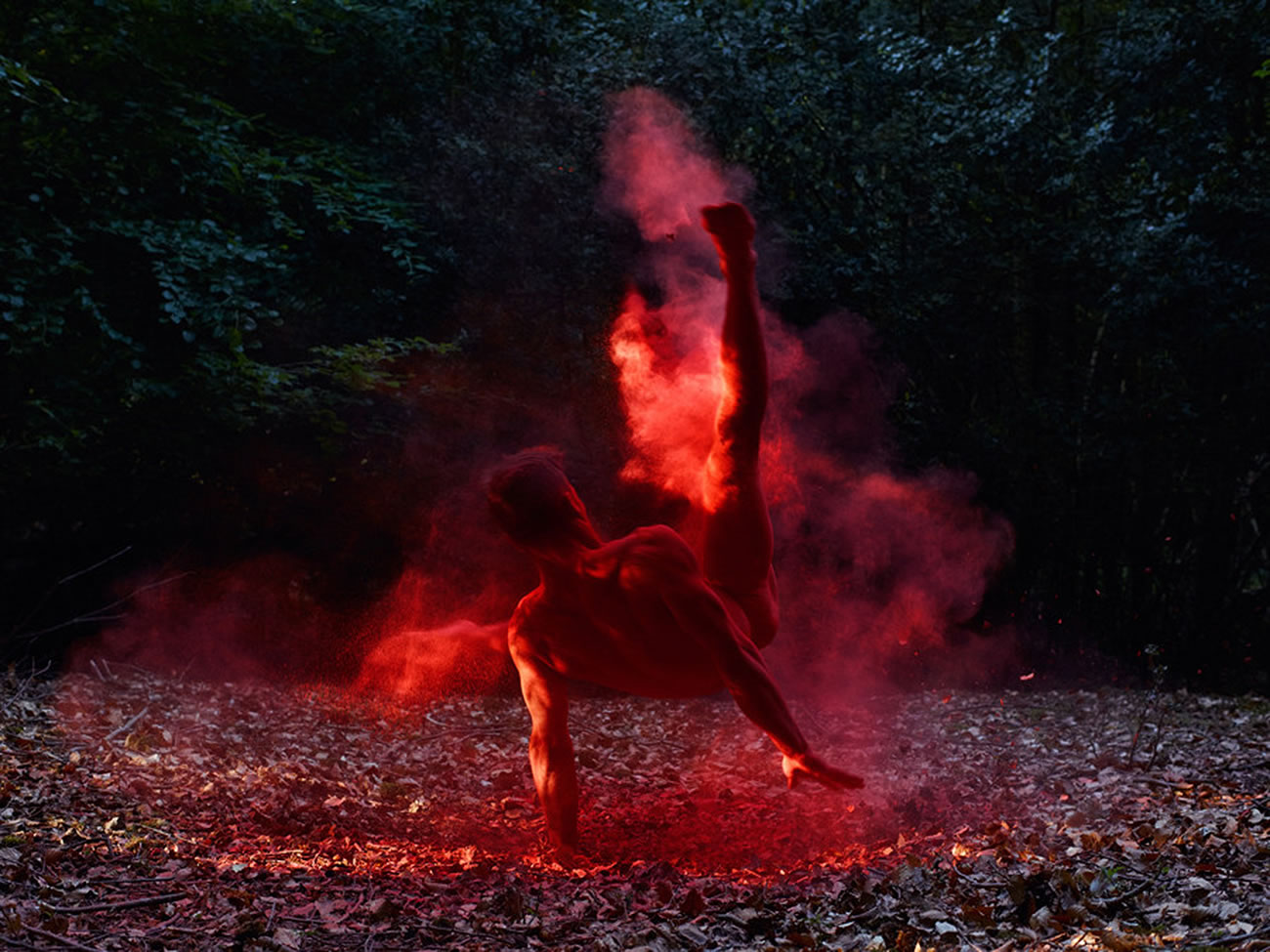 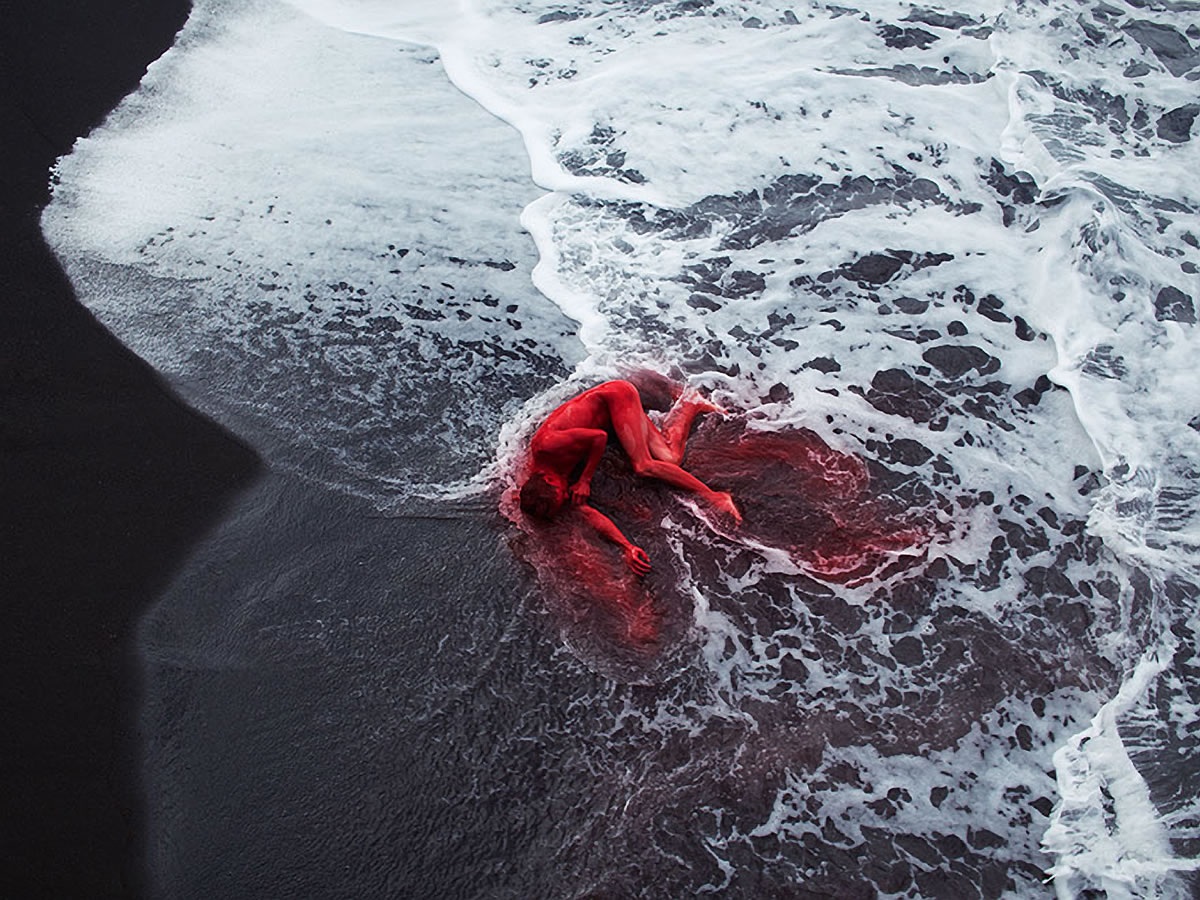 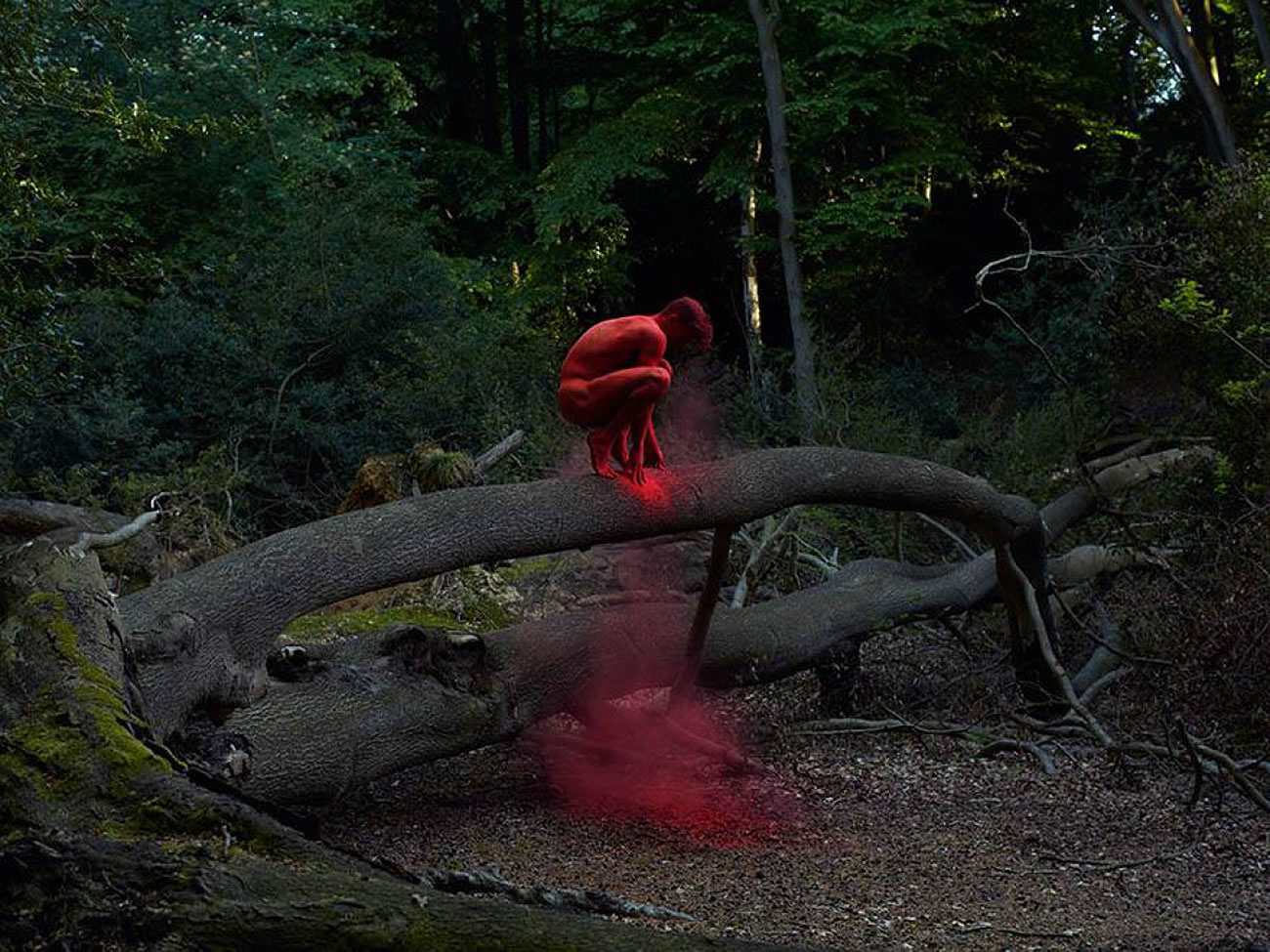