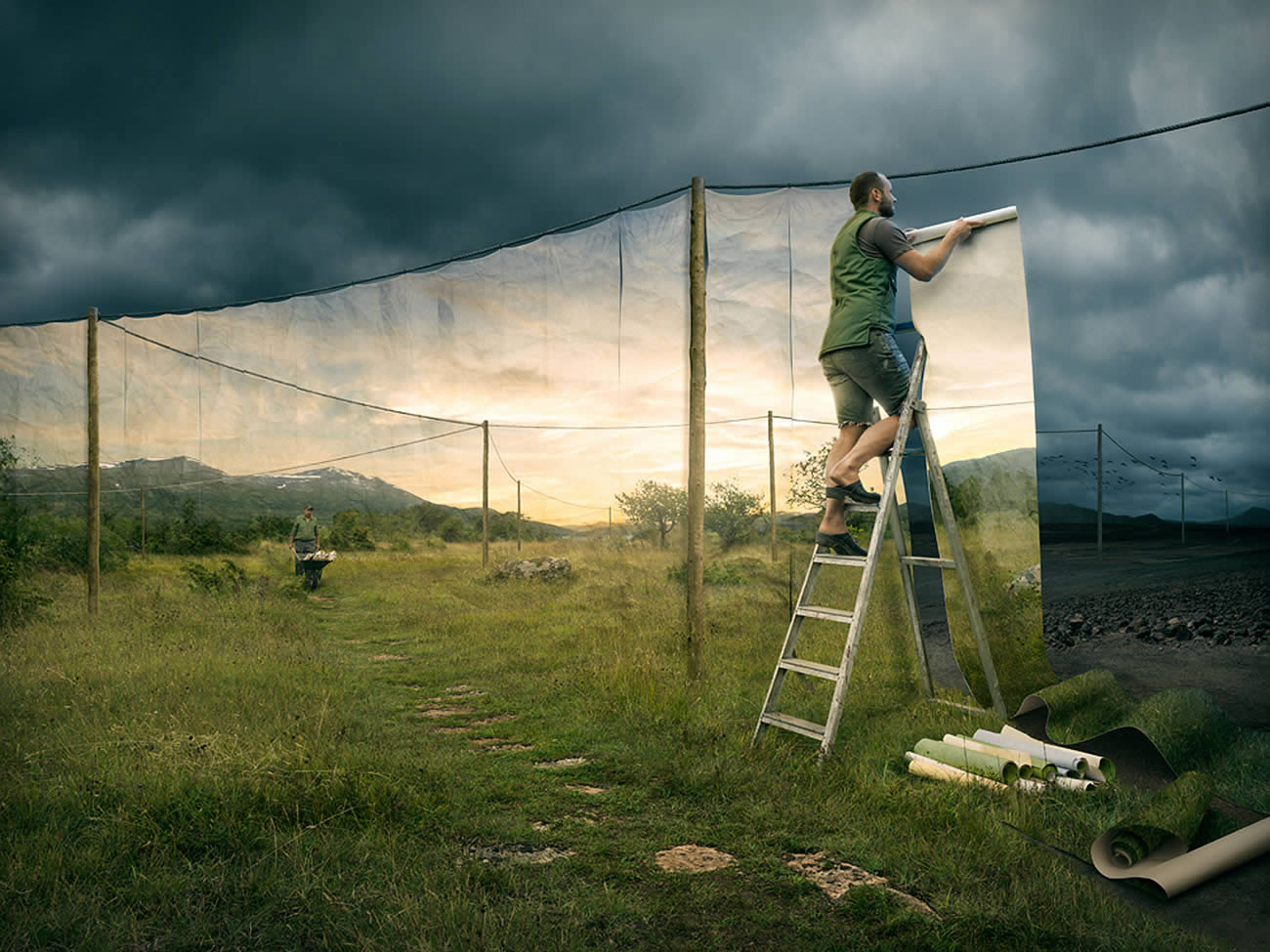 An image that went viral on the web is “Go Your Own Road” by Erik Johansson. Since 2009, this Swedish artist has become internationally acclaimed with a large following on Facebook, commissioned by companies like Adobe, Microsoft and Google, and invited to speak at TEDSalon in London.

Johansson is more inspired by painters like Dali and Magritte, and of course graphic illusionist Escher, than actual photographers. Because his interest is making the picture, not just capturing it. Johansson carefully plans each concept, which can take months as he selects locations to photograph. Those pictures then go through a digital montage process via Photoshop, with plenty of layers to create a single, realistic looking shot. 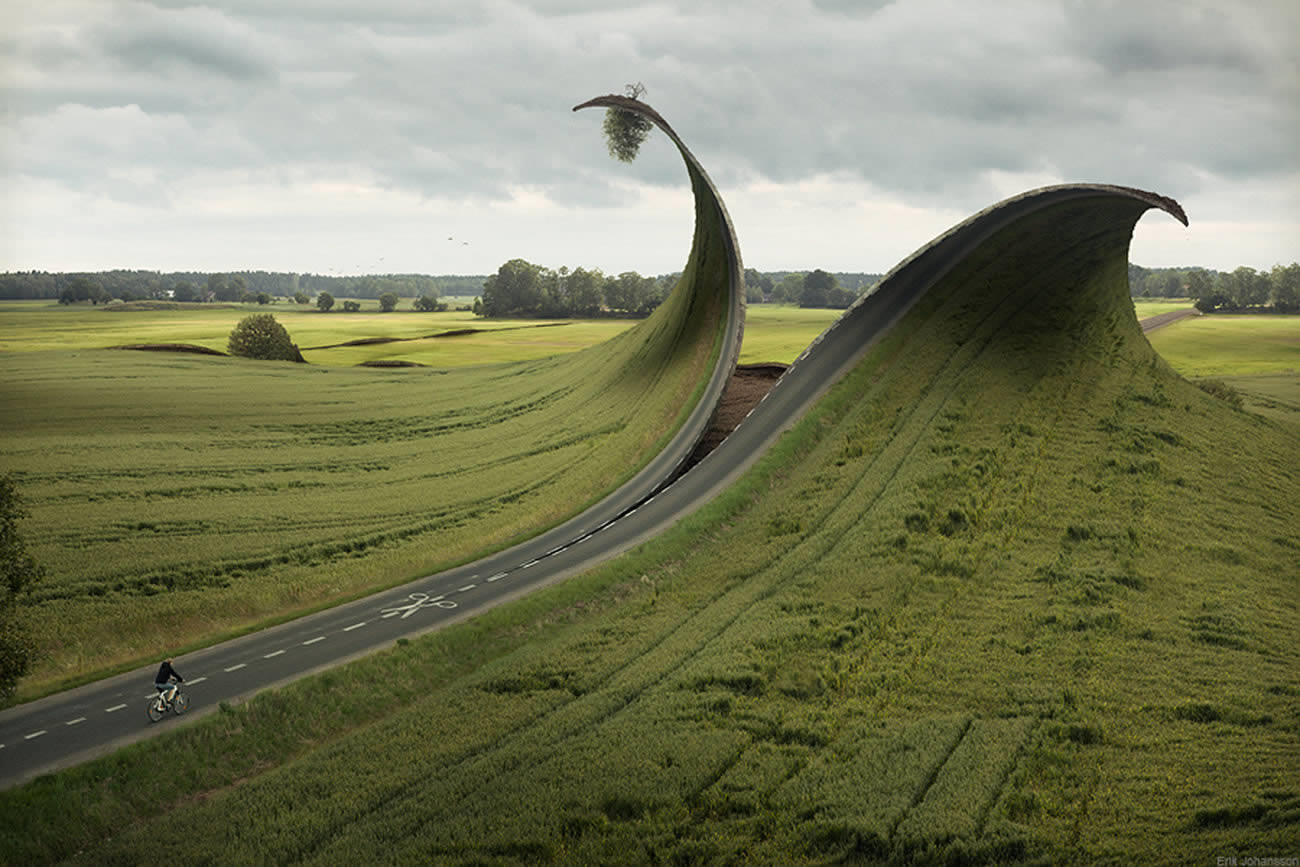 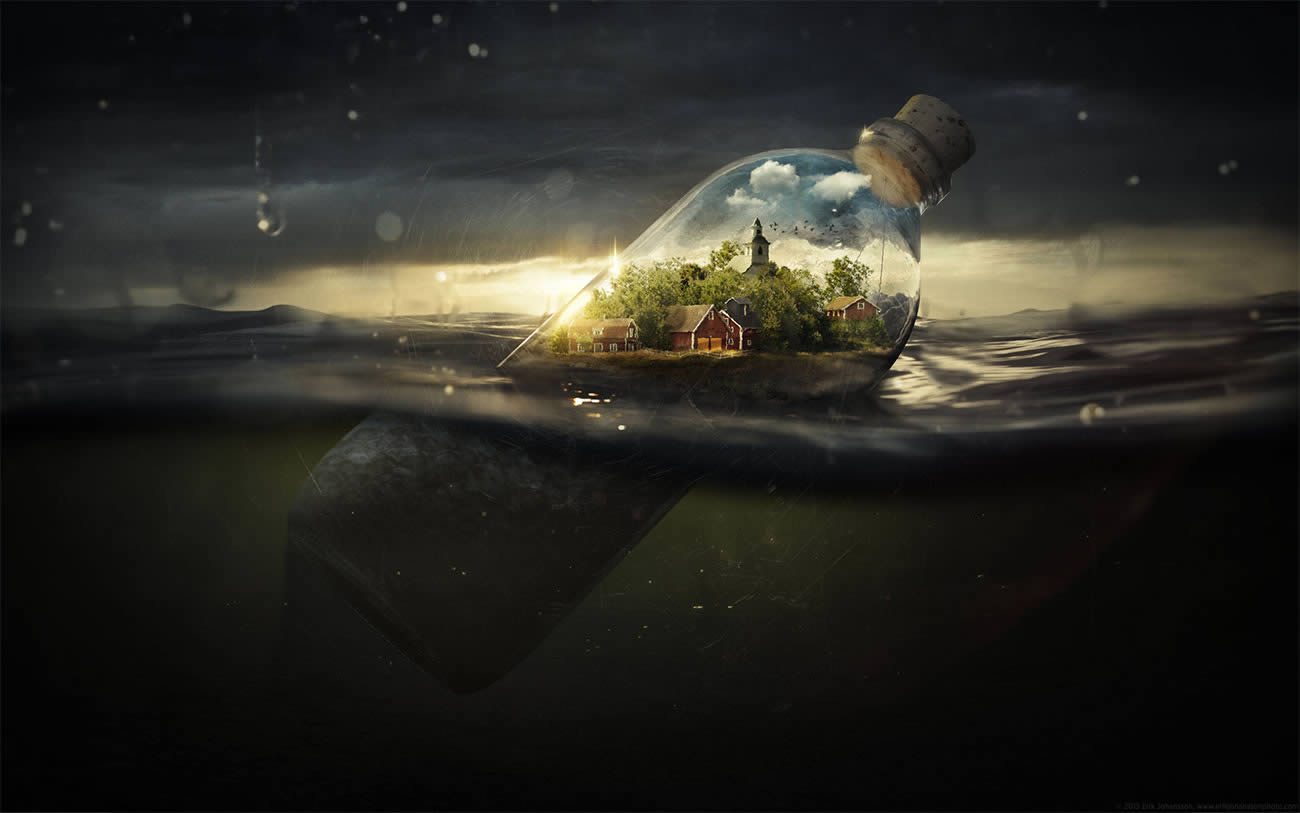 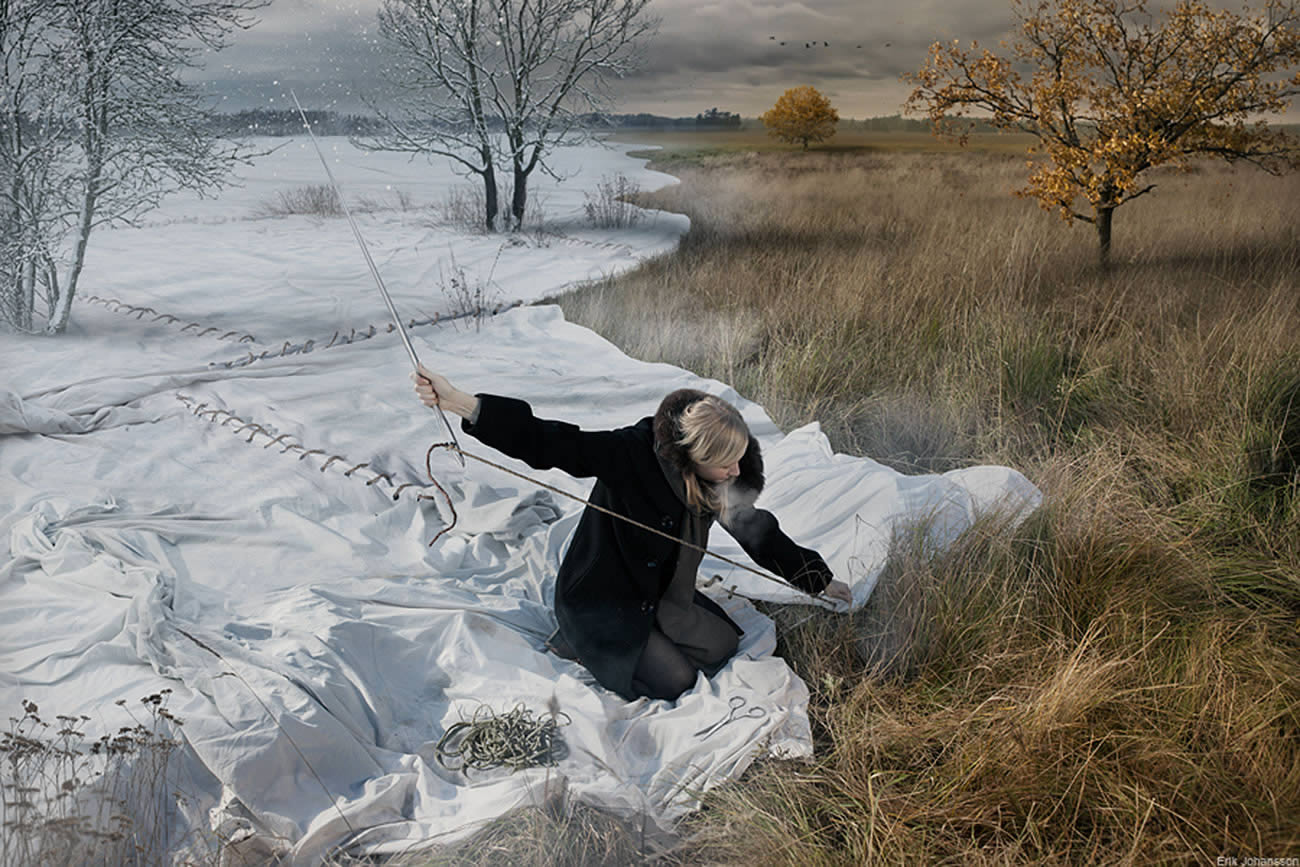 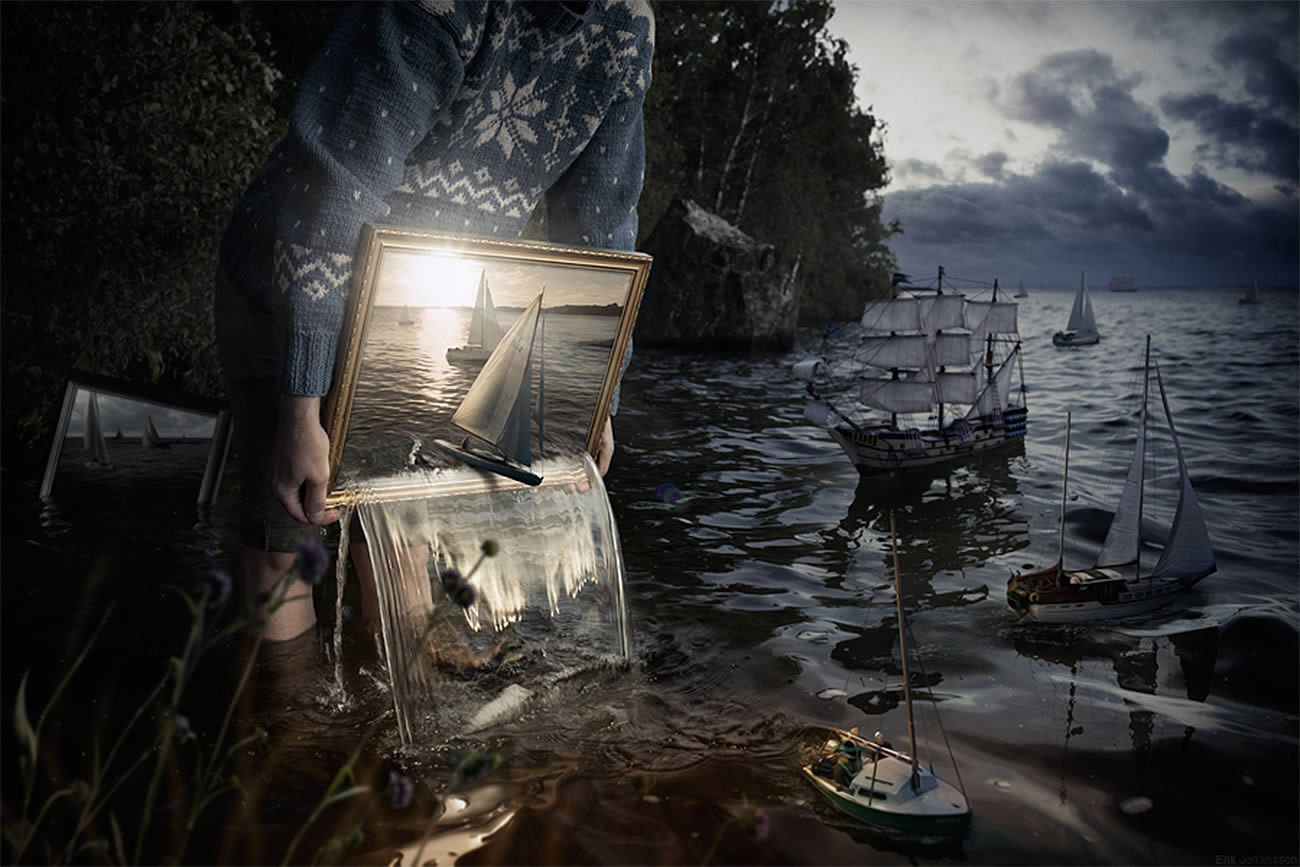 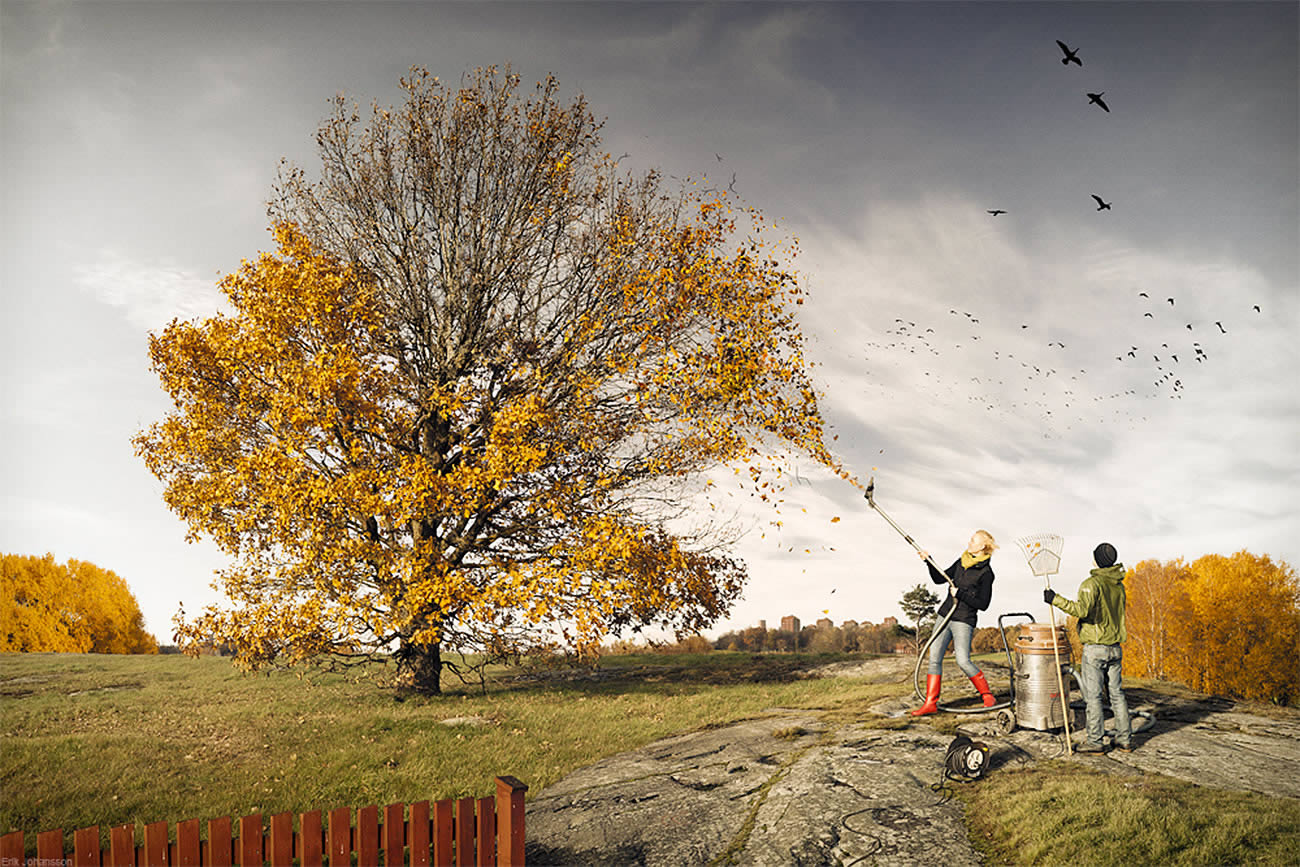