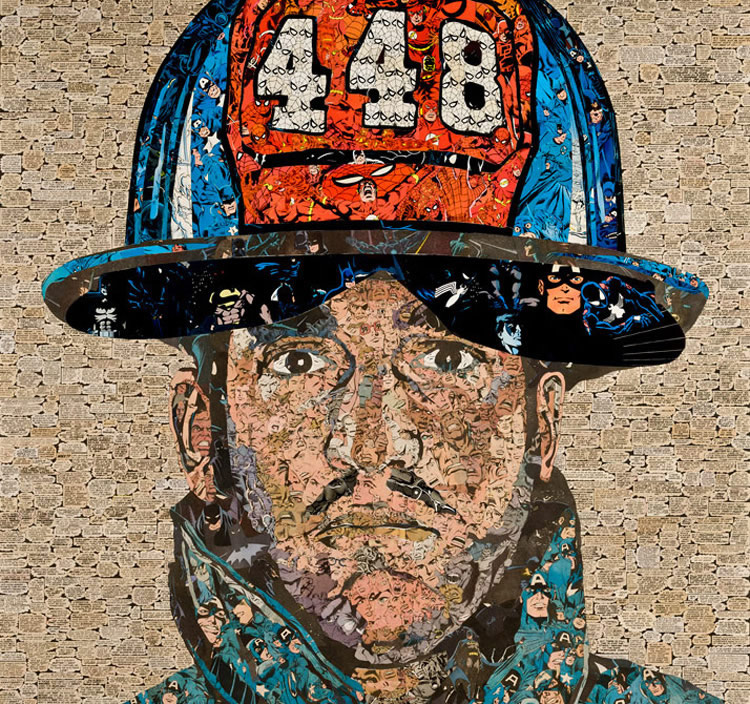 Notes about the exhibition (press release published at Eleven):

Eleven is delighted to present a new series of collages by Ben Turnbull, entitled Supermen, which constructs modern day heroes from collaged fragments of vintage comic book idols. On the advent of the ten year anniversary of 9/11, Turnbull celebrates the real life heroes, the firemen, and policemen who protect us everyday, in iconic new images meticulously constructed from fragments of fictional superheroes including Captain America, Daredevil, and The Fantastic Four as well as Batman, Spiderman, and the Hulk. The palette of red, white and blue that predominates in the work and gives form to these figures reflects the depth of their patriotism and willingness to serve.

Turnbull celebrates the real heroic strength which exists outside the pages of comic books and examines who we look to for protection from an early age to adulthood. He comments, ŌĆśthe life changing events of 9/11 led us all to believe in the need for real life superheroes. Superman didnŌĆÖt fly down to save the falling buildings, there was no Caped Crusader ready to do battle with the arch-enemy and Spidey didnŌĆÖt spin his web. Without the need of a phone-booth or a revolving door these true patriots donned their iconic costumes and sacrificed life and limb for what they believed in. With every cut-comic hero and dialogue I hope to bring out the true merits of the Brave and the Bold in their fight for Truth, Justice and the American Way.ŌĆÖ 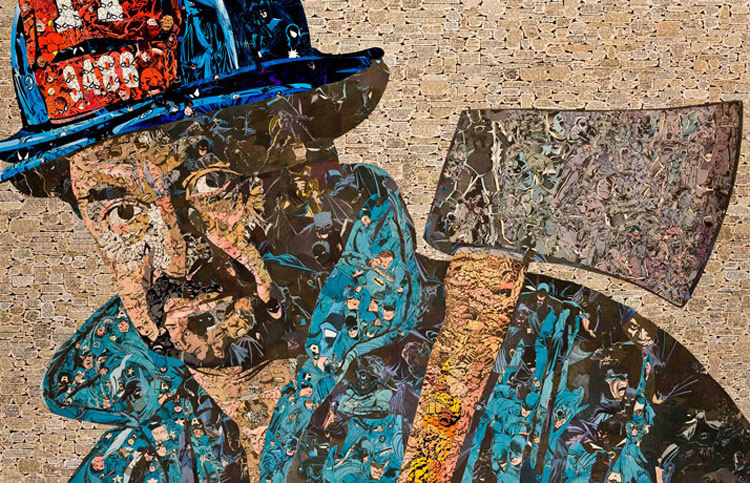 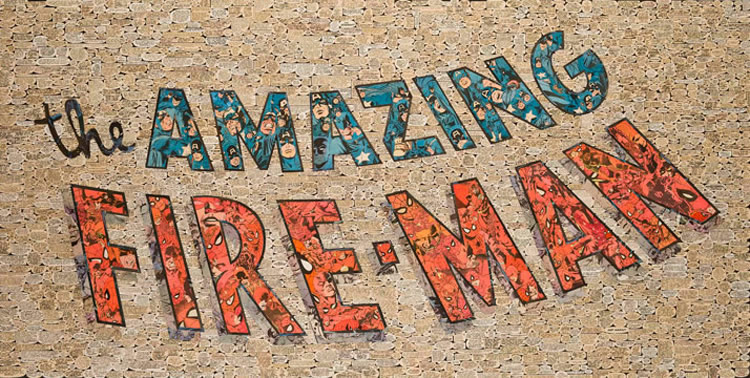 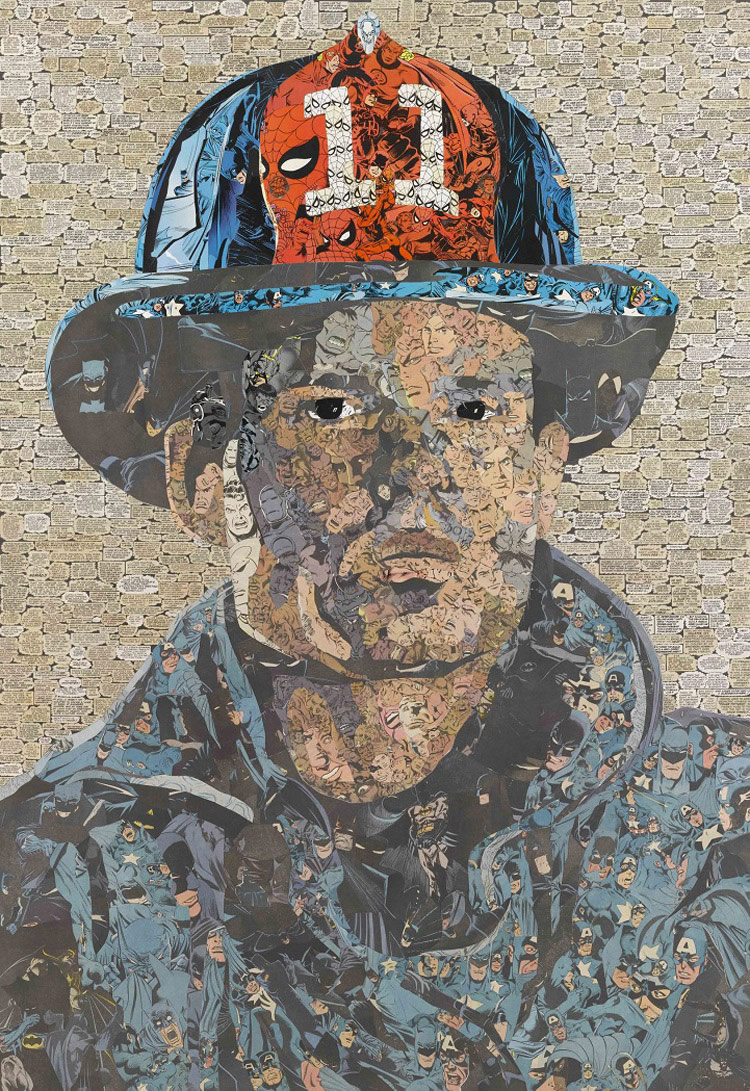 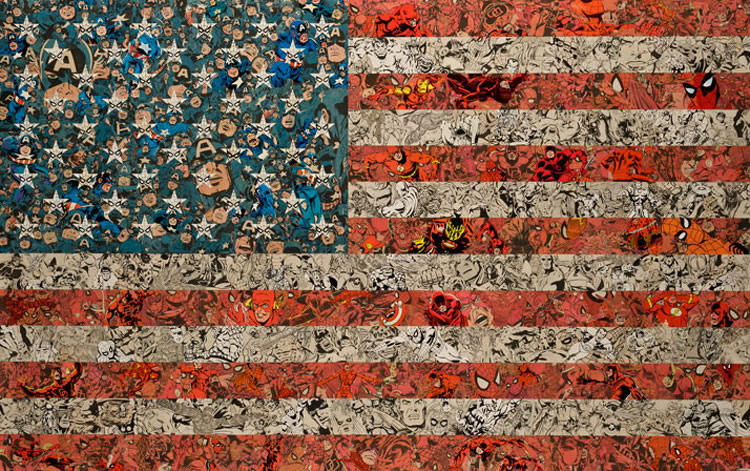 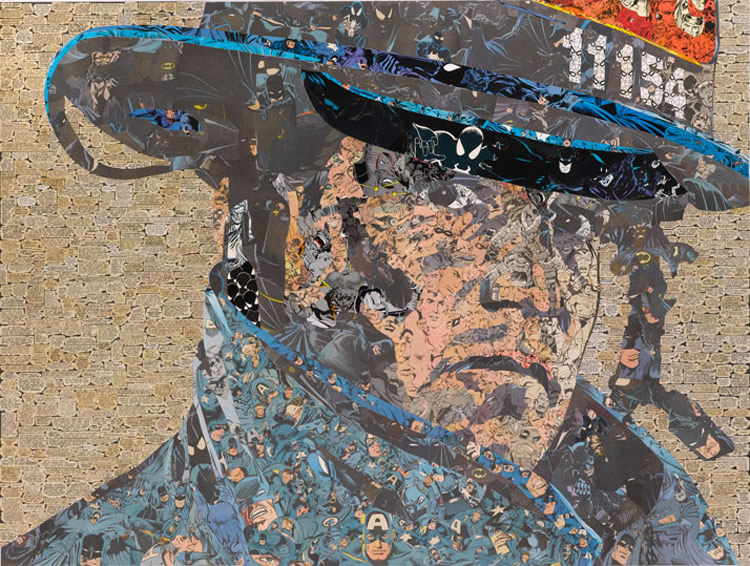