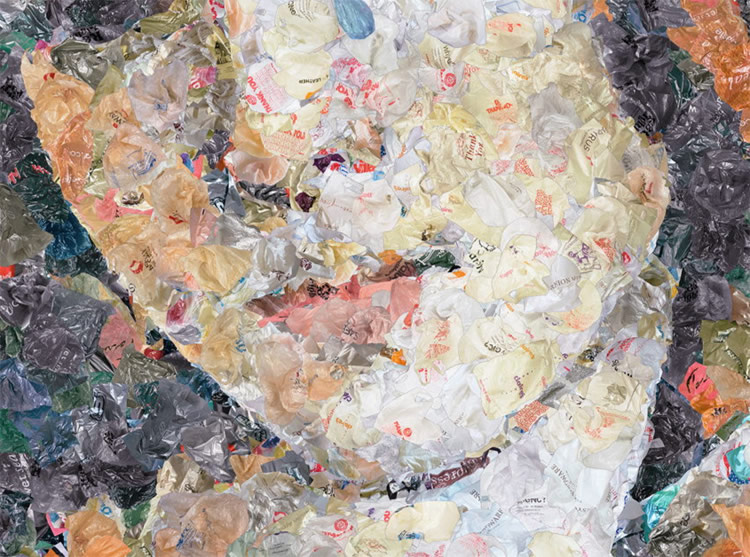 “Running the Numbers I: An American Self-Portrait” and “Running the Numbers II: Portraits of Global Mass Culture” are thought provoking art series about pollution and its consequences to our Planet’s environment. Artist Chris Jordan “[…] visually examines these vast and bizarre measures of our society, in large intricately detailed prints assembled from thousands of smaller photographs.” [1] 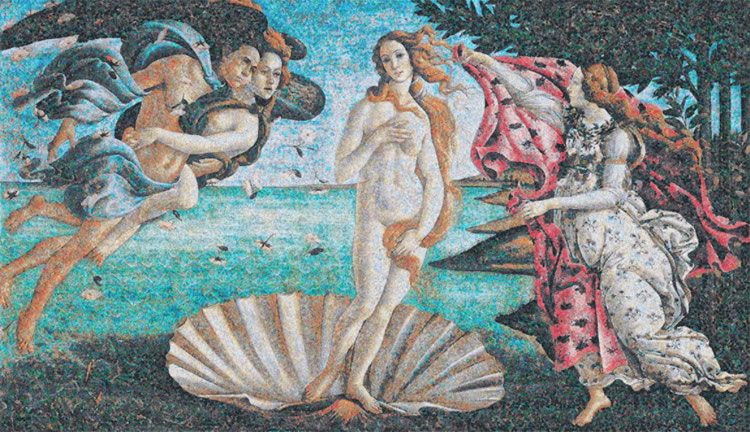 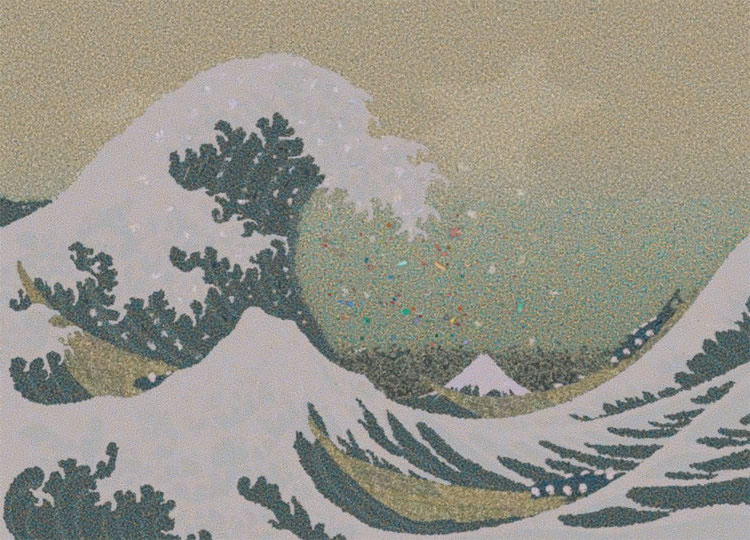 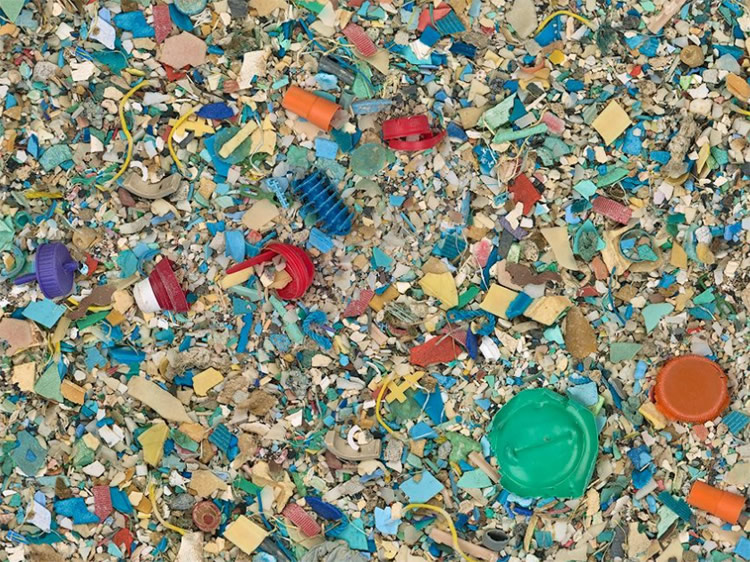 Gyre, 2009. 8 x 11 feet in three vertical panels.
“Depicts 2.4 million pieces of plastic, equal to the estimated number of pounds of plastic pollution that enter the world’s oceans every hour. All of the plastic in this image was collected from the Pacific Ocean.” 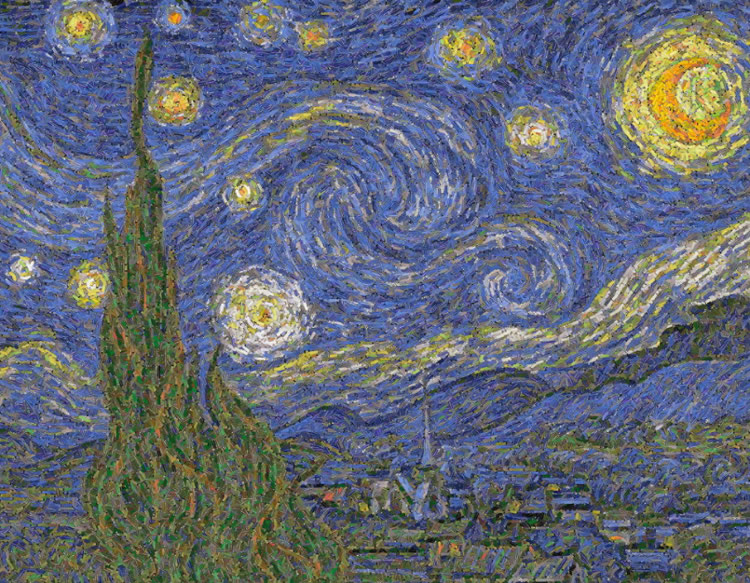 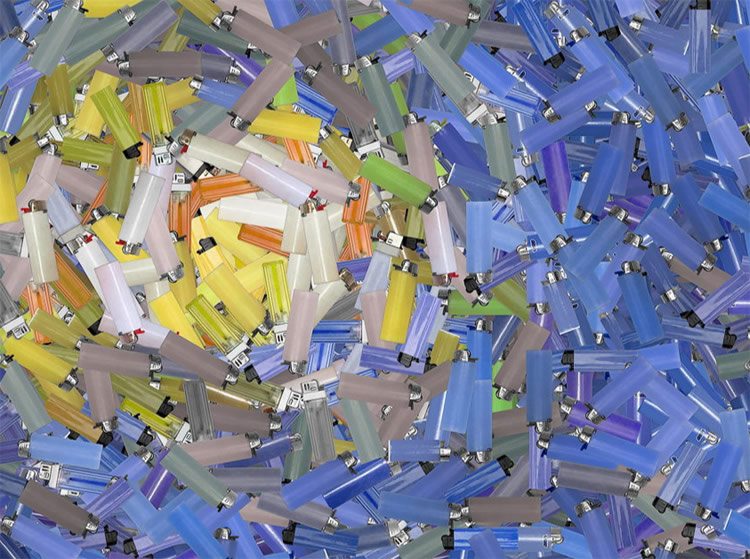 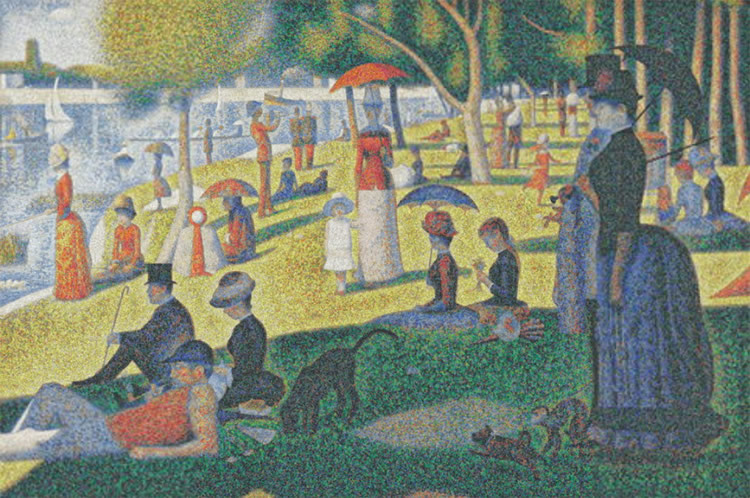 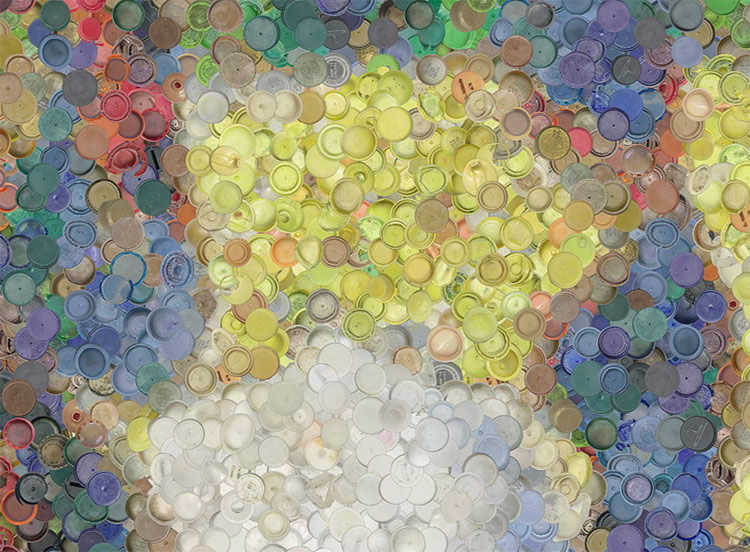