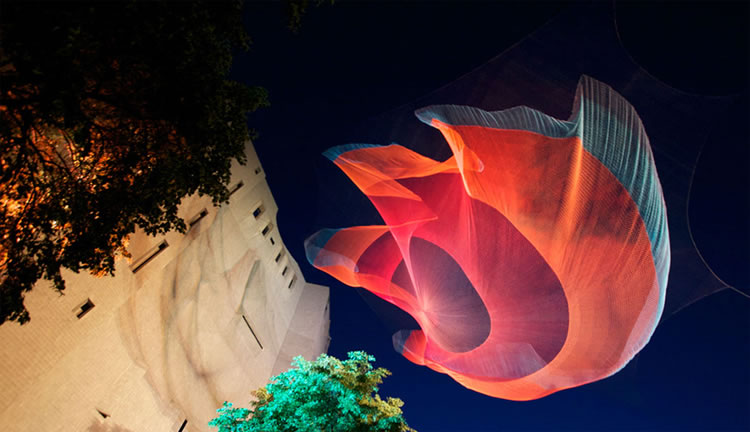 Artist Janet Echelman is known for her large-scale sculptures made from fishing net. With light directed to her art installations, the colors become vibrant at night.

Janet Echelman builds living, breathing sculpture environments that respond to the forces of nature ŌĆö wind, water and lightŌĆö and become inviting focal points for civic life. Exploring the potential of unlikely materials, from fishing net to atomized water particles, Echelman combines ancient craft with cutting-edge technology to create her permanent sculpture at the scale of buildings. Experiential in nature, the result is sculpture that shifts from being an object you look at, to something you can get lost in. 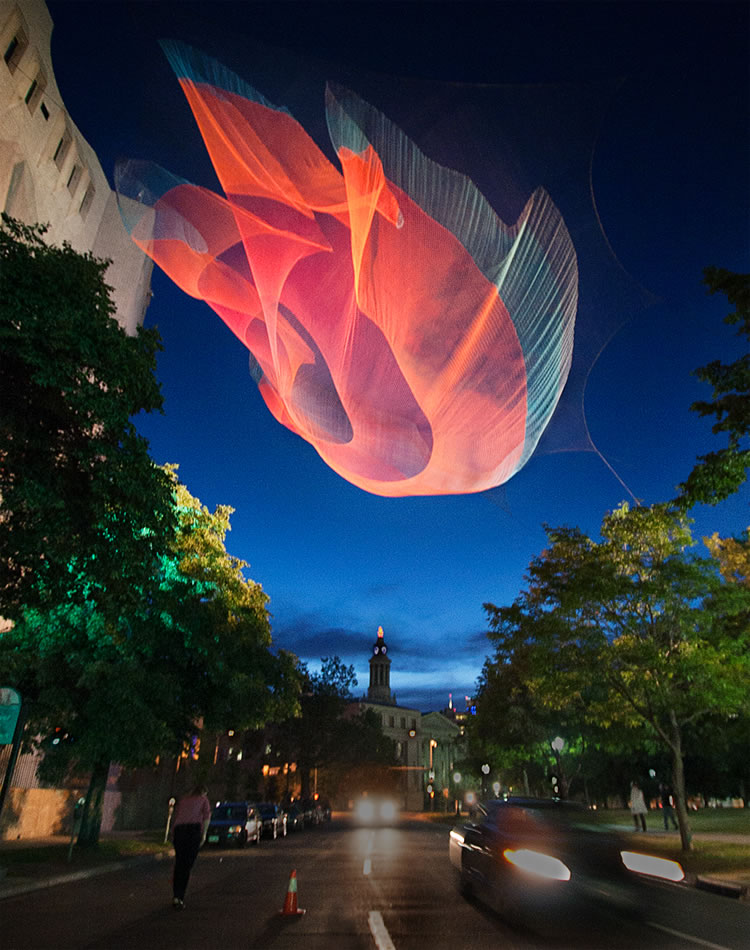 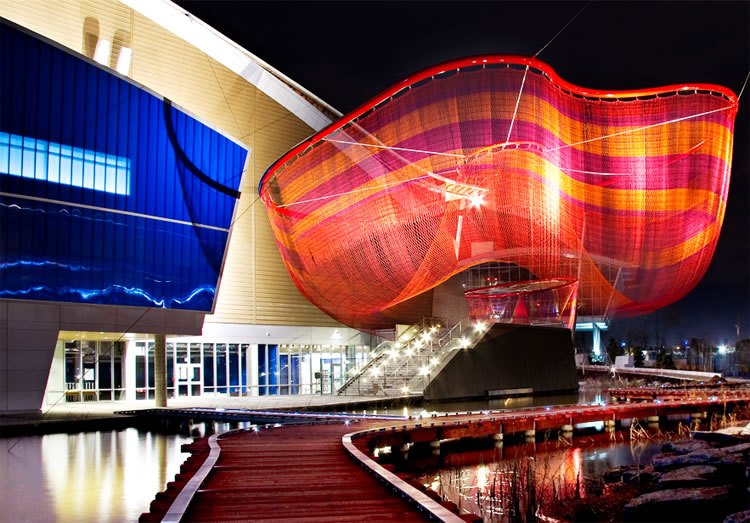 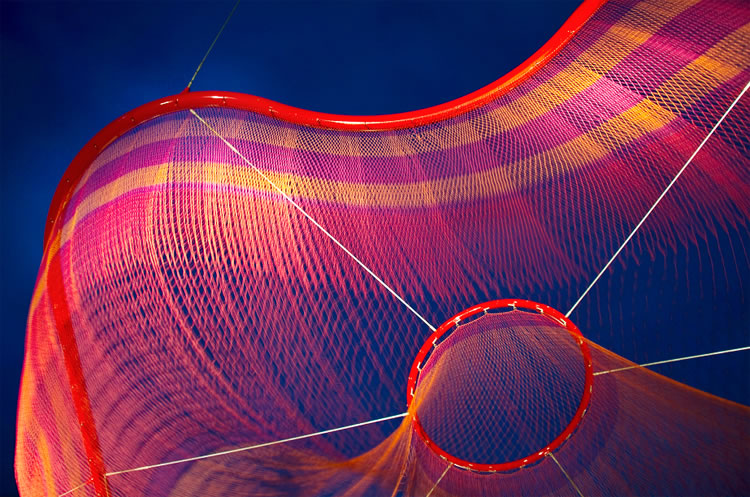 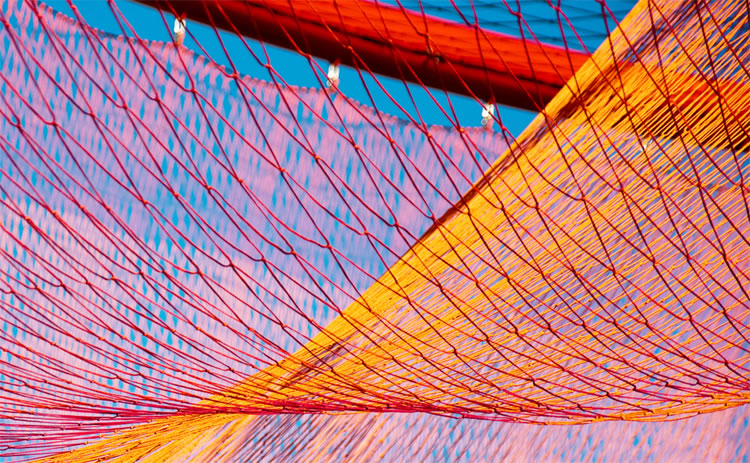 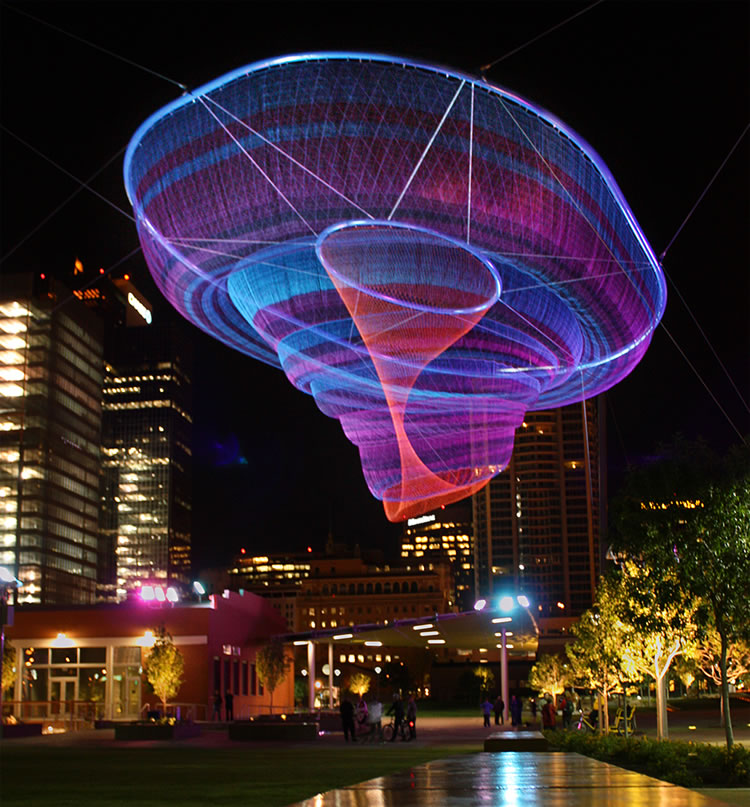 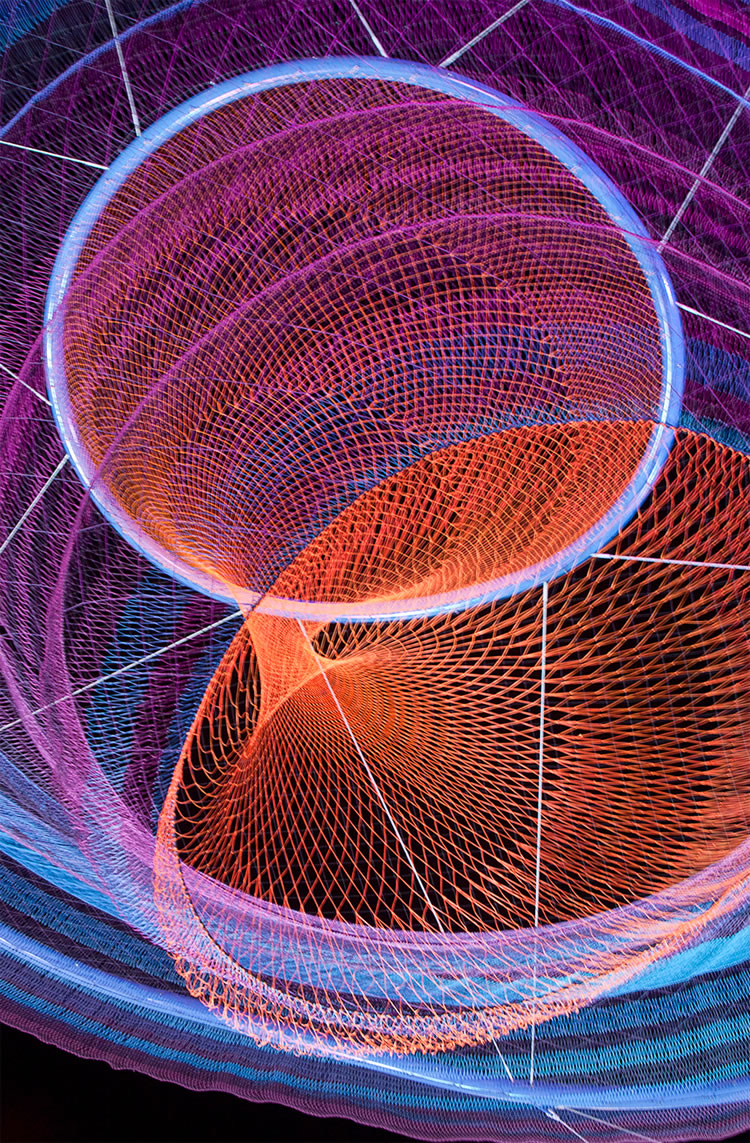 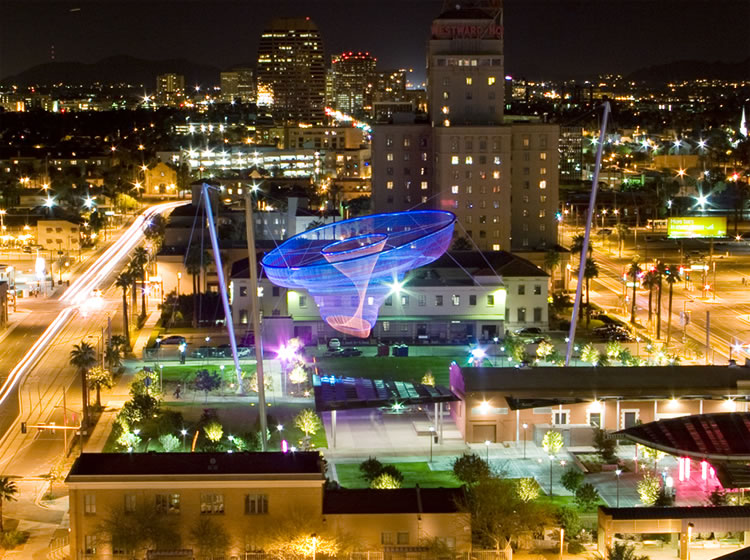