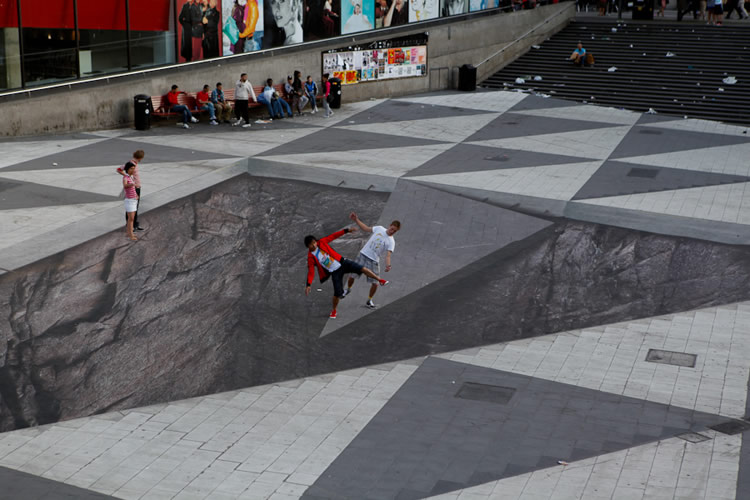 “Mind Your Step” is a large-scale optical illusion placed in a public square by Erik Johansson.

Notes about the project by Johnasson (published on his website):

[…] For a long time I have been doing creative retouch and surreal montages. Iâ€™ve always been quite fascinated by perspective illusions in my images and some time ago I got an idea of trying to realize one in a public space somewhere. My idea was to put a photo in an environment and actually trick people that it would have depth. Street illusions isn’t something new, but I wanted to try to make it as a photo instead of drawing and painting the streets. Photography is my medium and I wanted it to look as realistic as possible, just like my photos.

I was introduced to a project called Generation 7 where seven young creative people get to realize their dream project. This was a perfect opportunity to actually realize this idea for real using my imagination, camera and PC. I choose the heart of Stockholm, Sergels torg. 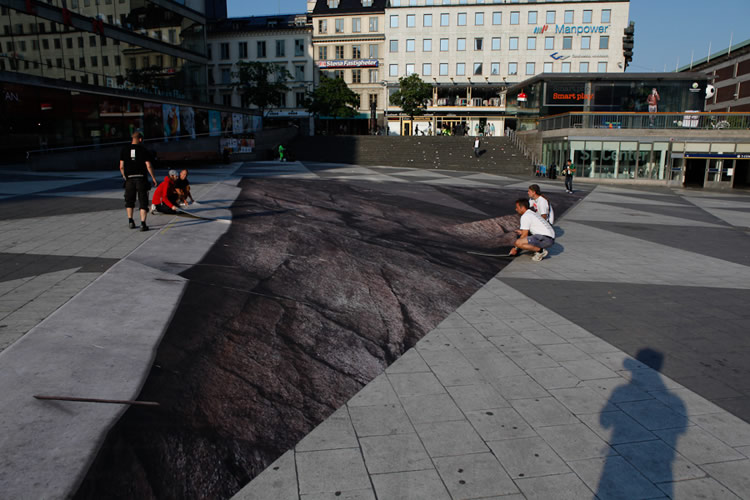 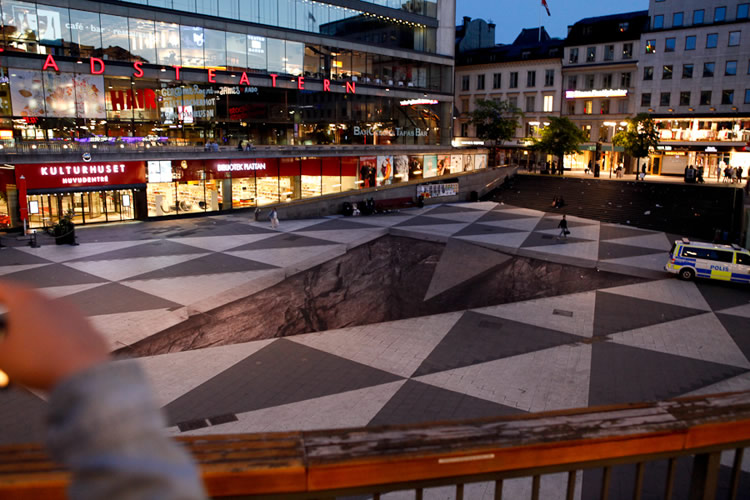 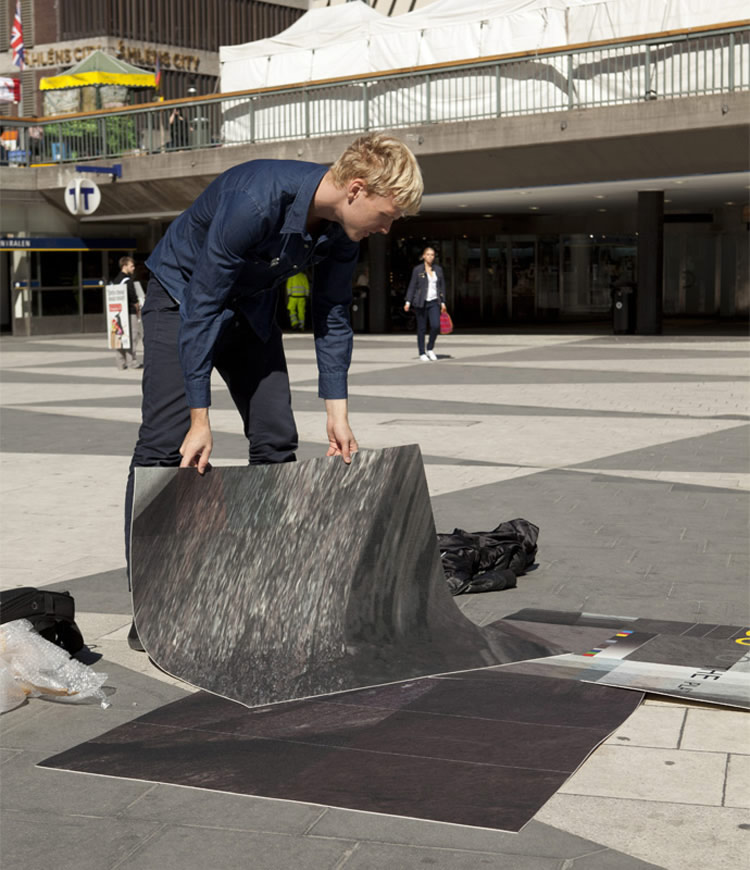 Above: Test Print – “My goal is to make the illusion as realistic as possible. In order to make sure that the print has the right saturation, hue and brightness I made a testprint of 3 square meters. That is about 1 % in size compared to the final print, so I canâ€™t really use the testprint to see the actual illusion. I wanted to see if the resolution would be ok and if I need to make any other adjustments.”