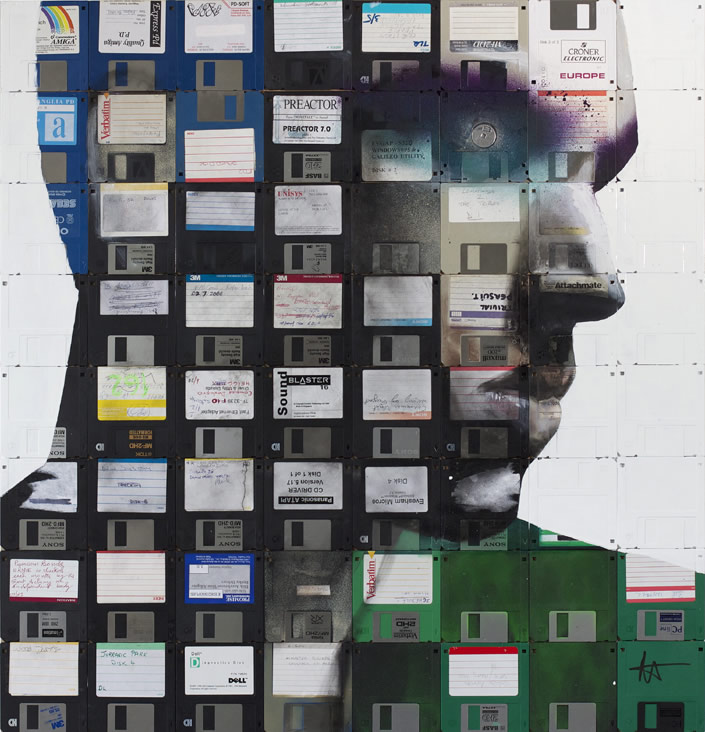 The art of Nick Gentry has been featured at Illusion in the past, however, here is a glimpse at his new work.

Notes about Gentry (from bio):

Nick Gentry is a British graduate of Central St Martins and has exhibited in the UK, USA and Europe. As part of a generation that grew up surrounded by floppy disks, VHS tapes, polaroids and cassettes, he is inspired by the sociological impact of a new internet culture.

His portraits use a combination of obsolete media formats, making a comment on waste culture, life cycles and identity. Using old disks as a canvas, these artefacts are combined to create photo-fits and identities that may draw connections to the personal information that is then forever locked down underneath the paint.

This has led to an exploration of the ways in which humankind is integrating with technology. As it reaches a tipping point, this new movement is becoming increasingly apparent as a cultural and social transition of our time. Will humans be forever compatible with our own technology? 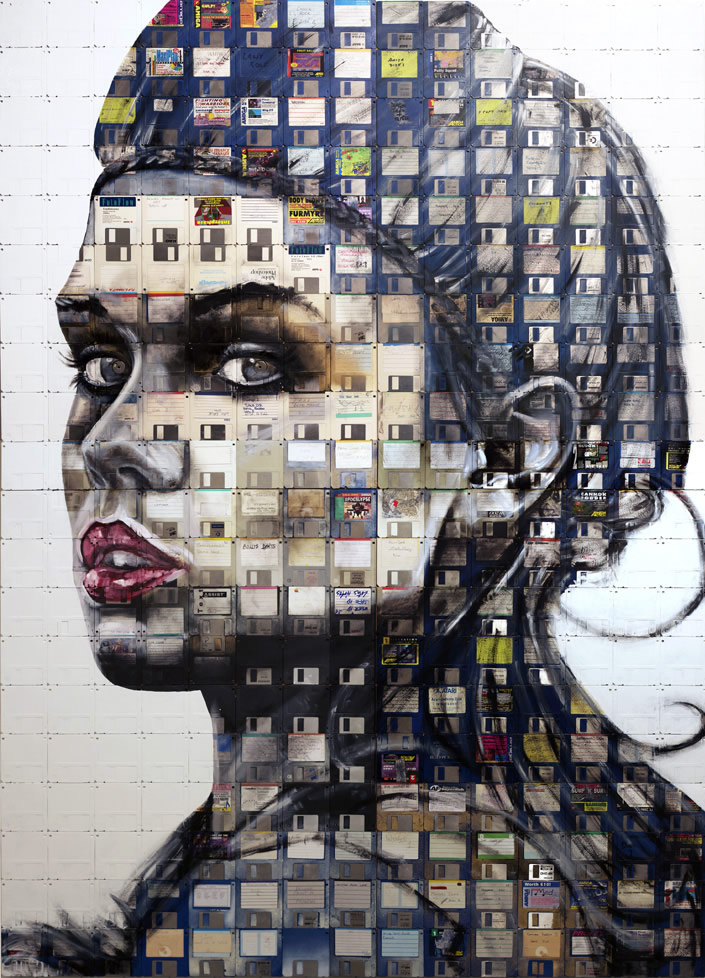 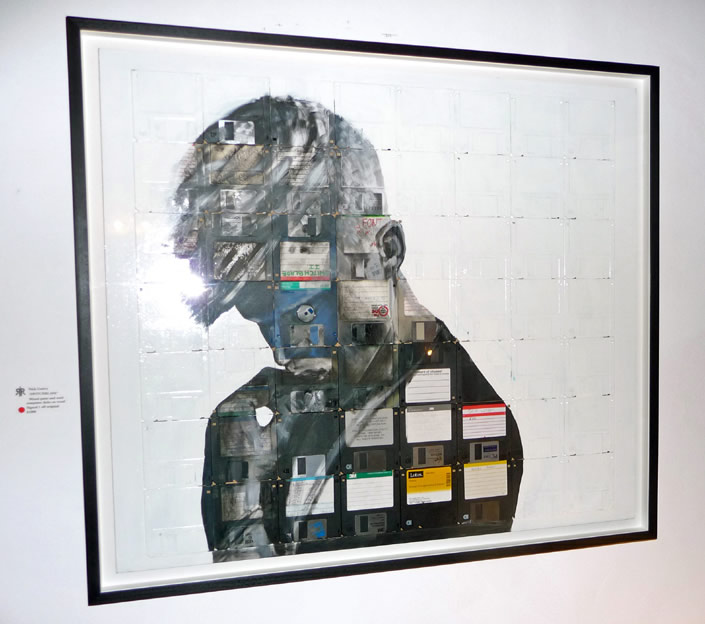 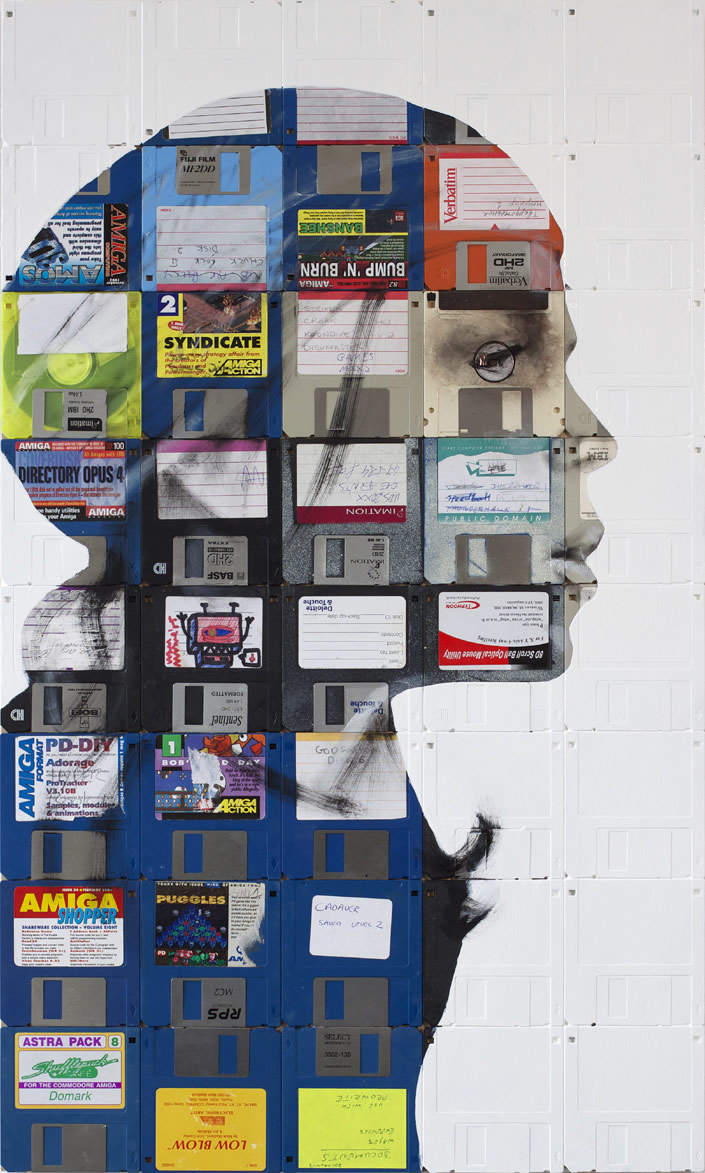 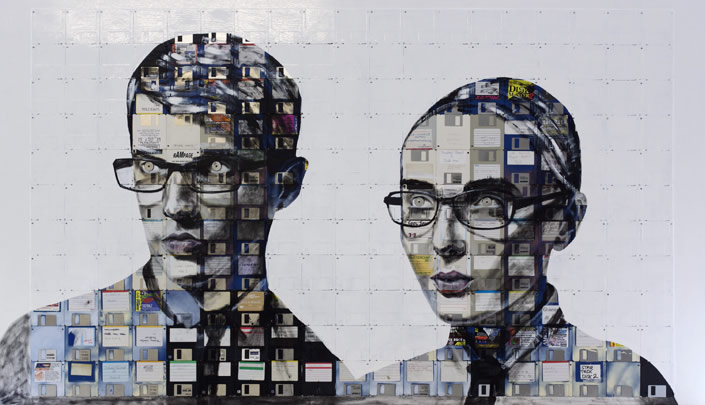 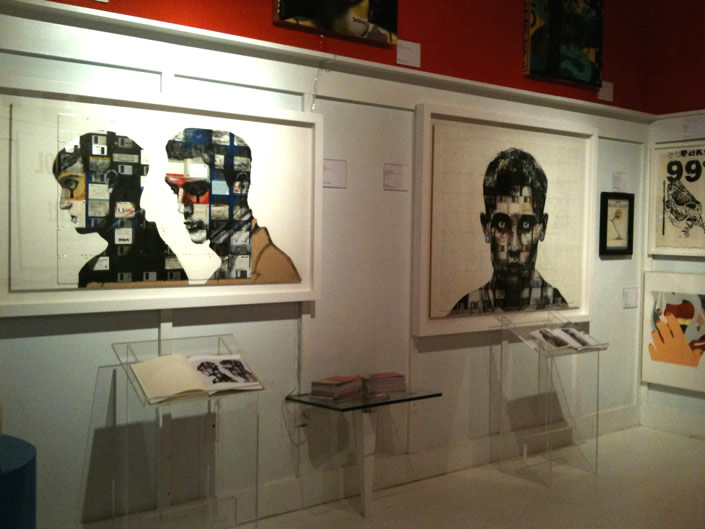