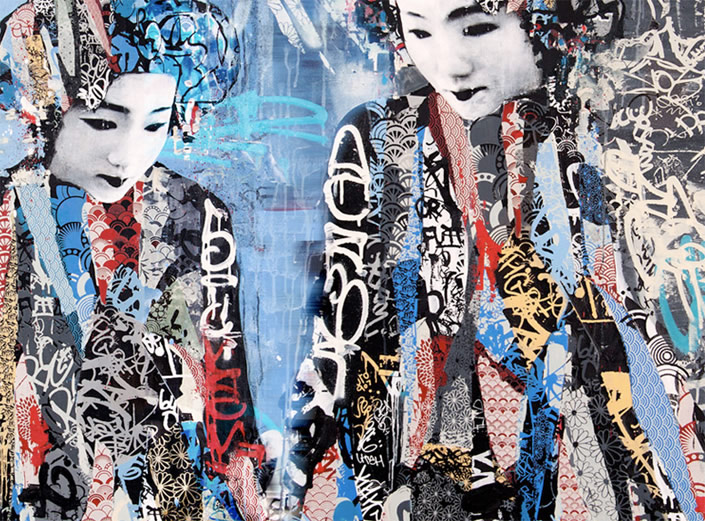 The art of Hush combines traditional painting with street tagging.

Notes about the artist (from “Intro” published at New Image Art gallery):

Having originally trained as a graphic designer and illustrator at Newcastle School of Art and Design, HushŌĆÖs art practice has taken him throughout Asia, Europe and the USA, while simultaneously developing his prominence as a contemporary artist. His immersion in a diversity of cultures has informed his work largely recognized for its portrayal of the amaranthine of the female form while infusing cross-cultural influences and variant genres within contemporary art. A distinguishing facet of HushŌĆÖs work is the complexity of his technique that combines various street approaches with traditional art practices. Through the use of opposing themes and aesthetics, the artist presents contemporary depictions of traditional portrait and figurative imagery.

Absorbing cultural and visual influences from his extensive travels, Hush found a striking connection to the mark making, tagging and graffiti he had encountered along the way. He observed each ephemeral mark as evidence of anotherŌĆÖs action or creative expression, despite its gradual degradation over time. He found the remnants of previous marks left on the ever-changing street surfaces to be progressive where accidental layering often evolved into something beautiful. […] 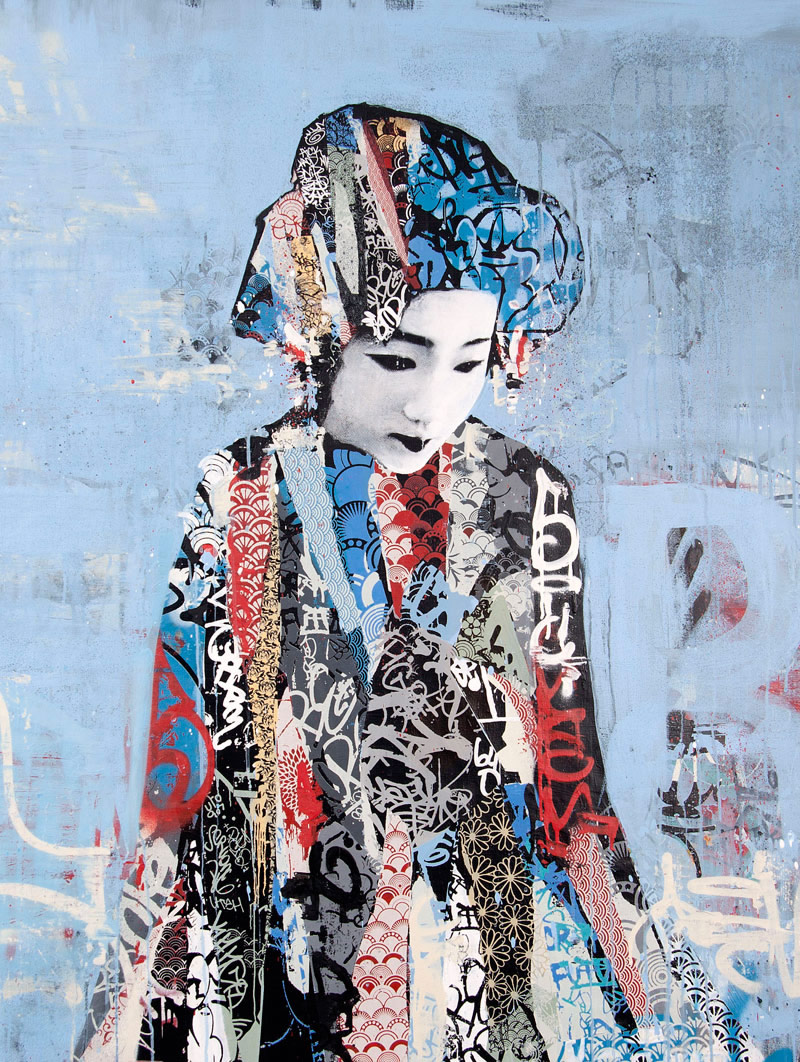 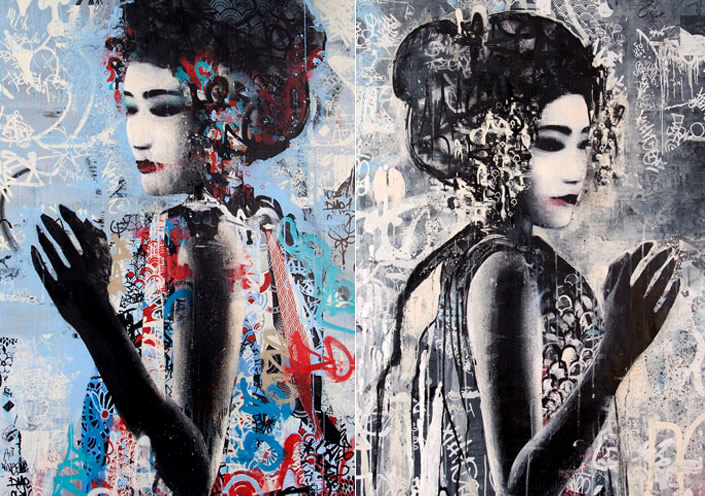 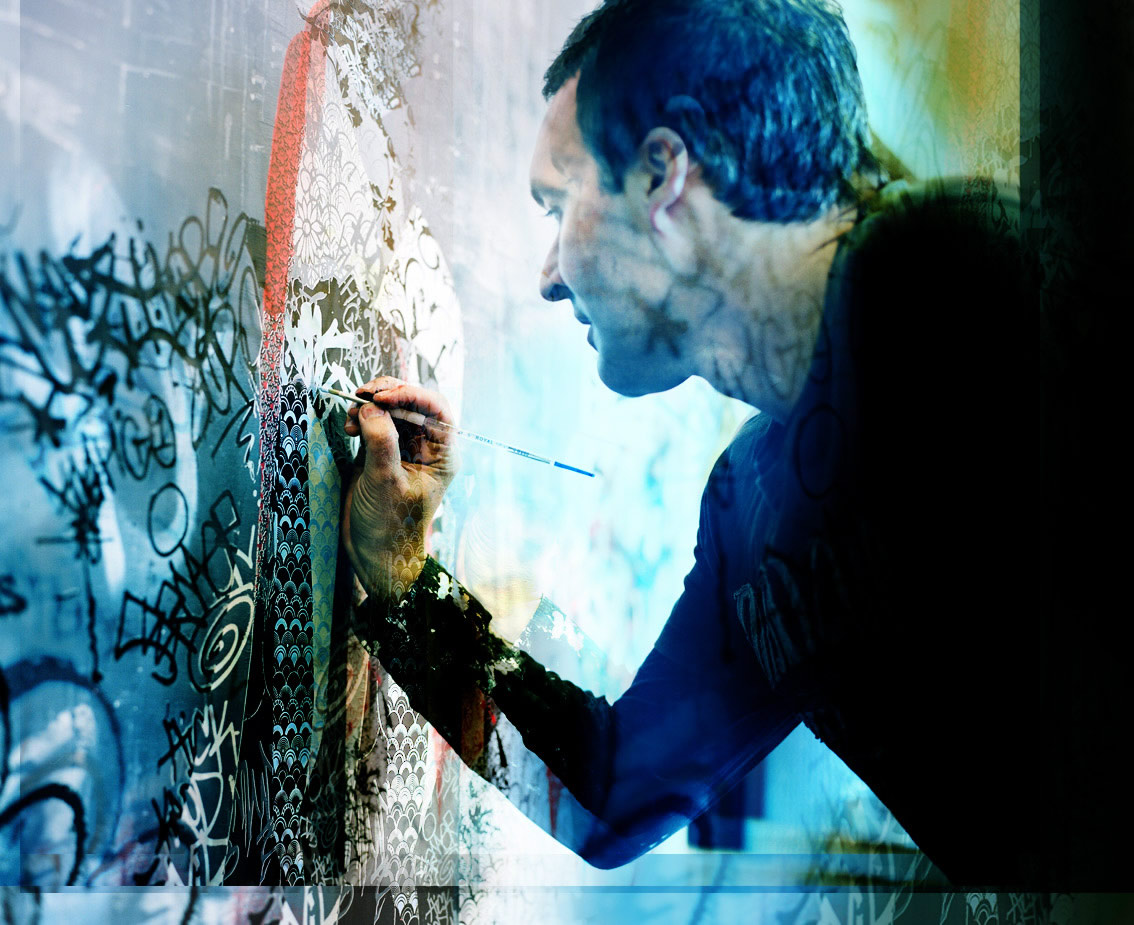 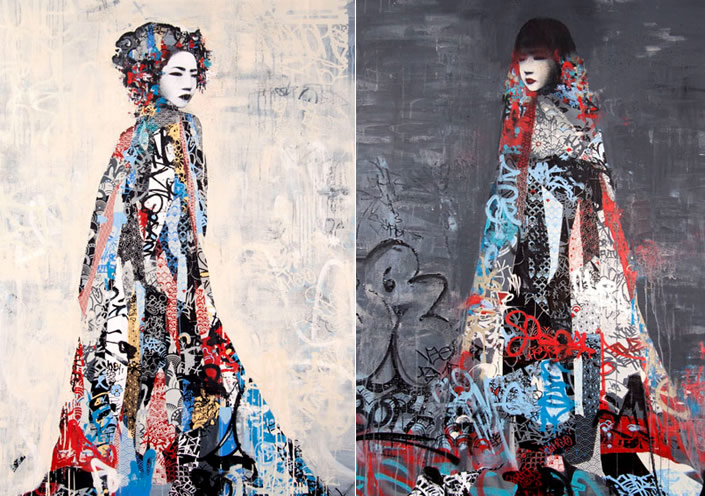 (Below) Warning: the selection of music in the video may be irritating.