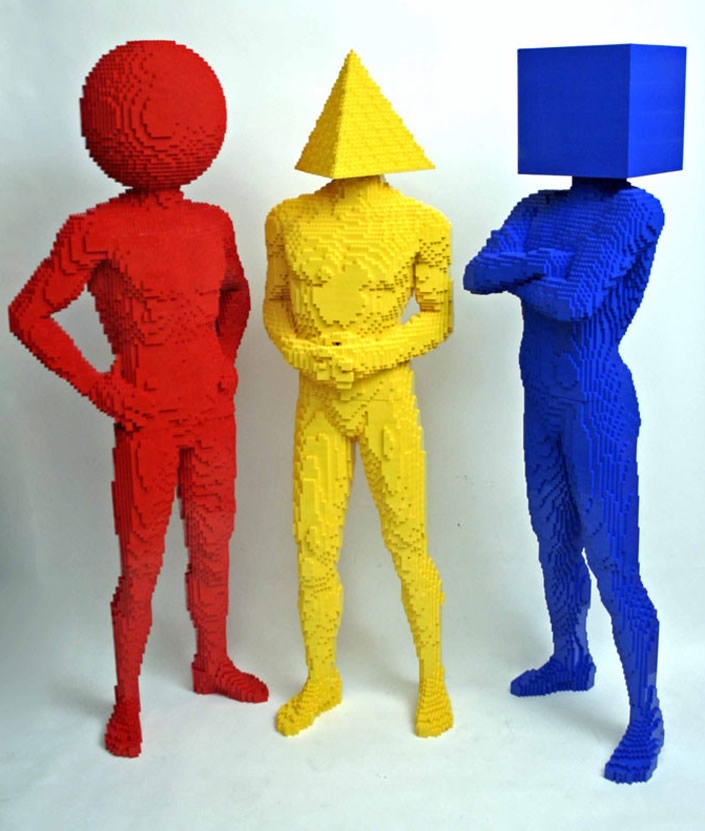 I featured the LEGO art of Nathan Sawaya a few years ago. As time has past, he has launched new sculptures on his website, and some have been selected and posted here.

Nathan Sawaya is a New York-based artist who creates awe-inspiring works out of some of the most unlikely things. His recent North American museum tours feature large-scale sculptures using only toy building blocks. LEGOÂ® bricks to be exact.

[…] Today Sawaya has more than 1.5 million colored bricks in his New York art studio. His work is obsessively and painstakingly crafted and is both beautiful and playful. Sawaya’s ability to transform LEGO bricks into something new, his devotion to scale and color perfection, the way he conceptualizes the action of the subject matter, enables him to elevate an ordinary toy to the status of fine art.

According to journalist Scott Jones, “Sawaya is a surrealist mash-up of forms and artists. Imagine Frank Lloyd Wright crossed with Ray Harryhausen, or Auguste Rodin crossed with Shigeru Miyamoto, and you start to get a sense of where Sawaya is coming from.” 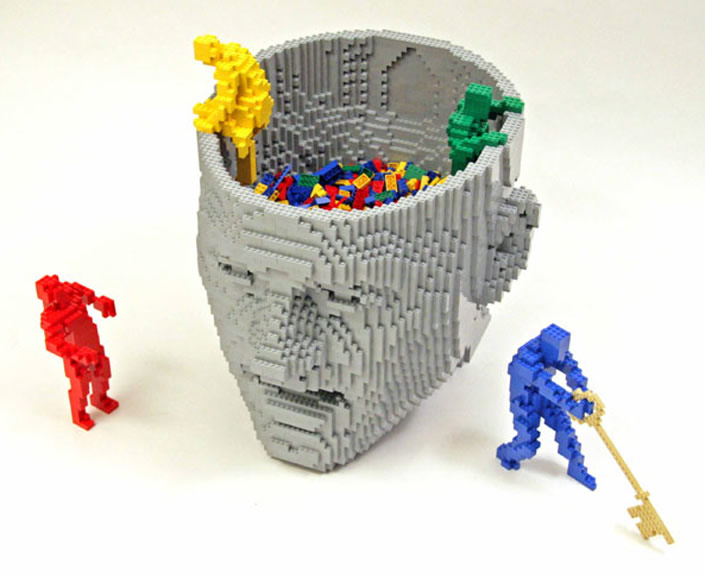 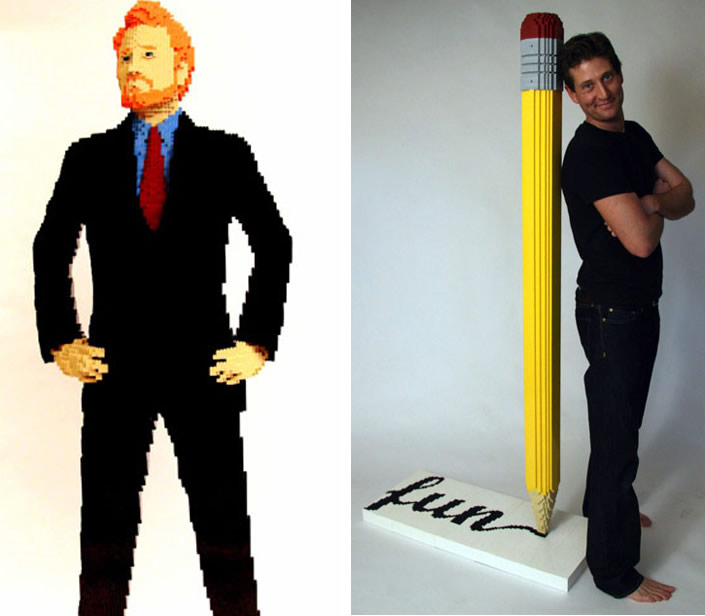 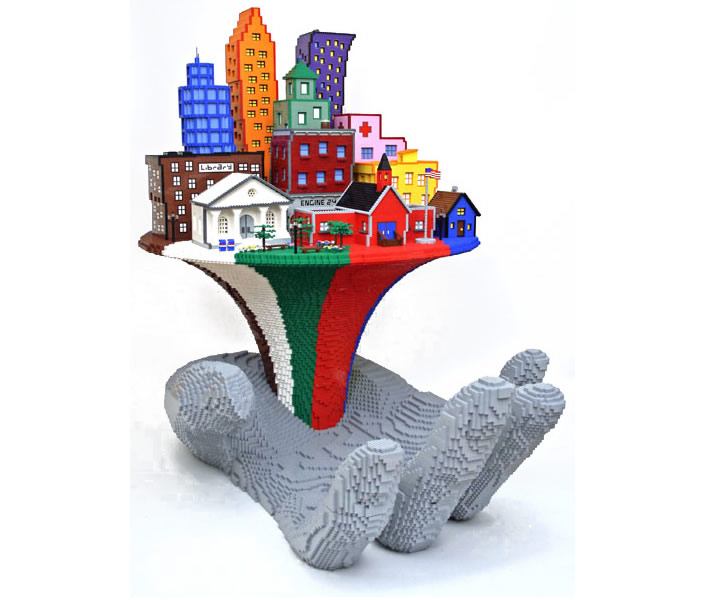 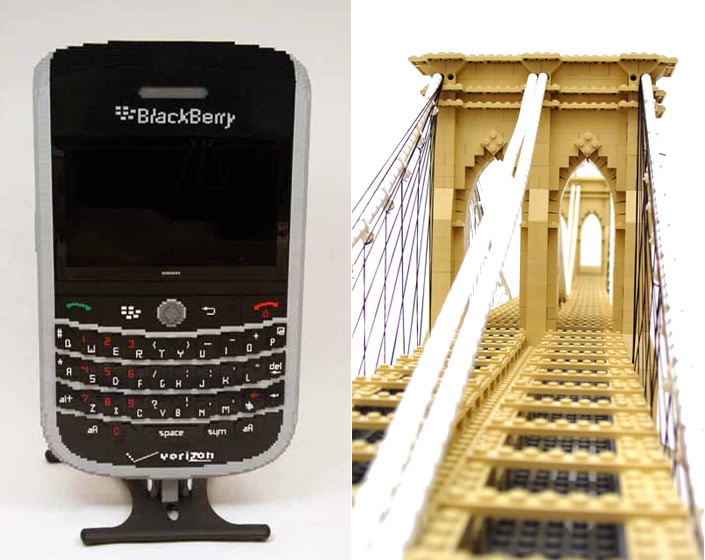 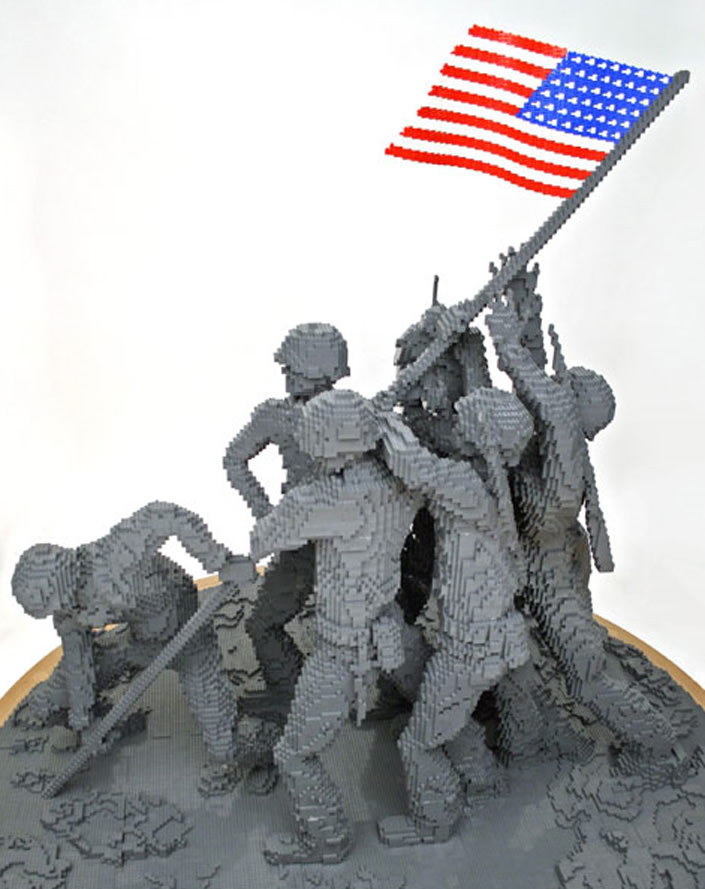 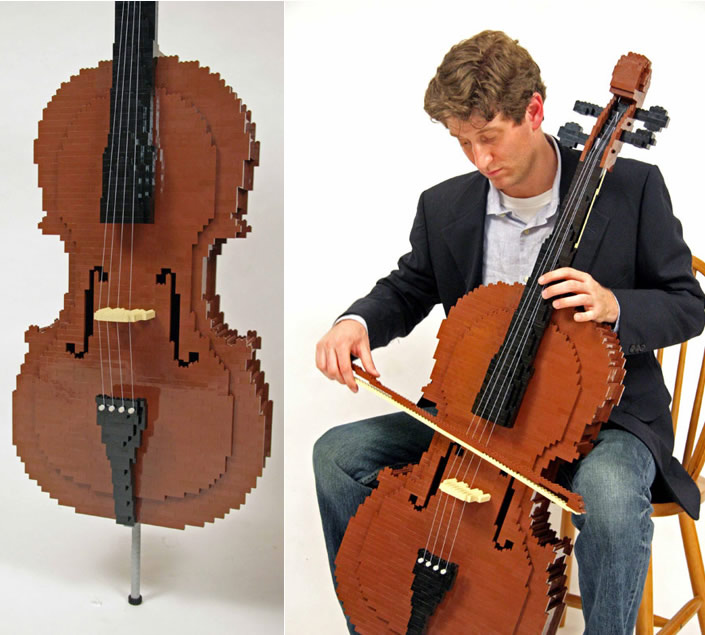 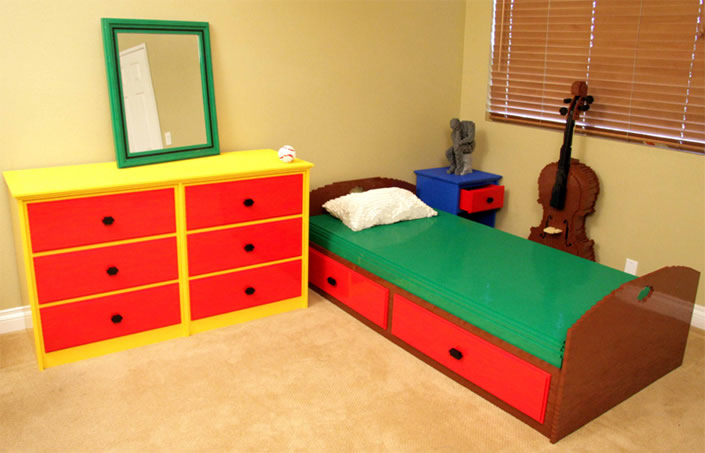 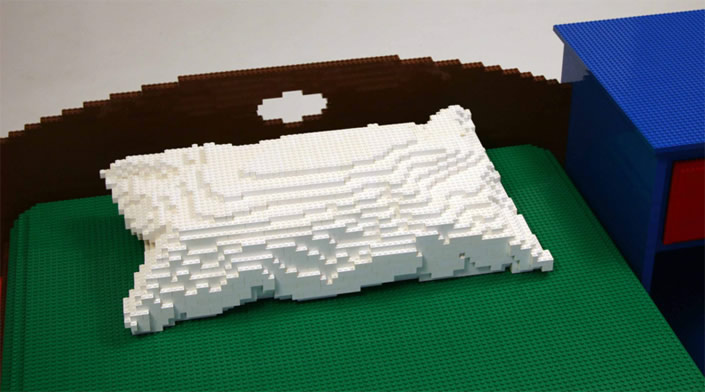 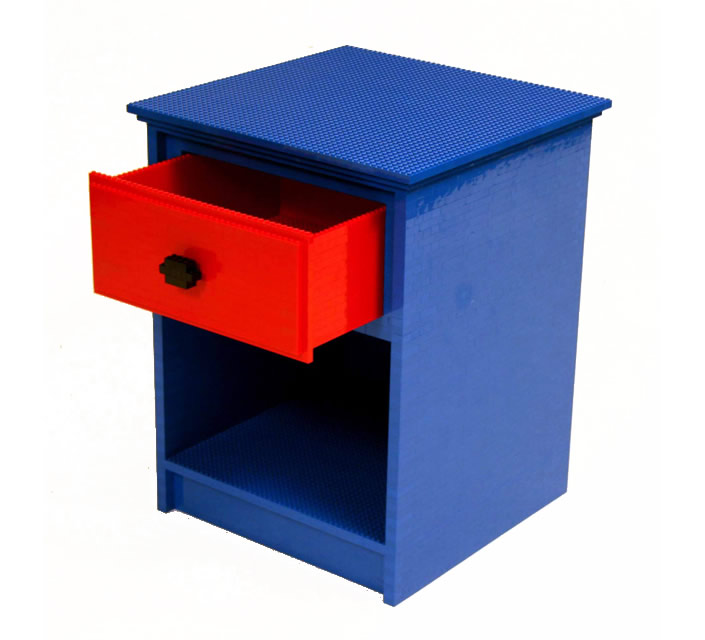