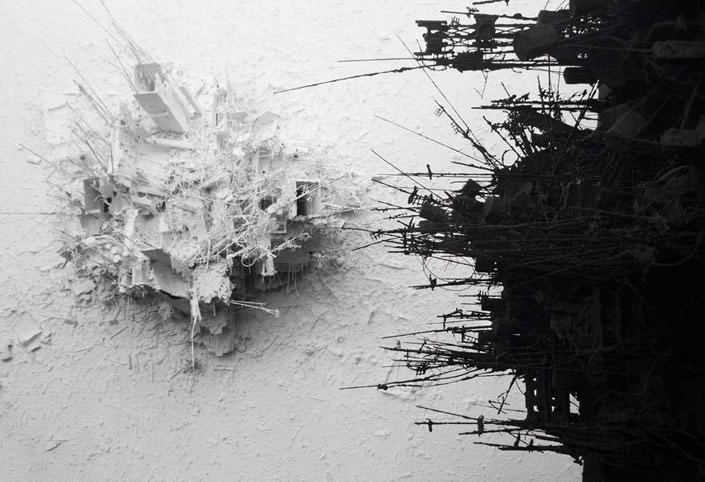 Gerry Judah‘s paintings “are a direct response to conflict across the globe, and the impact of that violence, whether it is the consequence of war or natural disaster.” [1] He’s also interested in altering urban landscape and exploring the dynamic of construction and destruction.

Gerry Judah’s maternal and paternal grandparents came from Baghdad to settle in the already established Baghdadi Jewish community in India and Burma. His mother was born in Calcutta and his father in Rangoon. Gerry Judah was born in 1951 in Calcutta and grew up in West Bengal before his family moved to London when he was ten years old.

As a boy, the dramatic landscapes of India and the ornate architecture of its temples, mosques and synagogues with their theatrical rituals had a profound effect on Judah’s developing psyche. These theatrical elements were to resurface in his own later work. Austere London, still in its post-war drab, was a shock to the young boy, and he chose to spend as much time as possible in his bedroom conjuring up with pencils and paper imaginary landscapes, architectural fantasies and futuristic cars. In short, he became an artist. He left Whitefield Secondary Modern School, London in 1969 and worked in a number of jobs from kitchen porter (Blooms Restaurant, Golders Green, London) to architectural draughtsman (T.P Bennett and Son, London, Richard Seifert and Partners, London and Douglas Scott, the designer of the Routemaster bus) after which he went on to study Foundation Art and Design at Barnet College of Art (1970â€“1972) before obtaining a Double First-Class Honours degree in Fine Art at Goldsmiths College, University of London (1972â€“1975) and studying sculpture as a postgraduate at the Slade School of Fine Art, University College London (1975â€“1977). 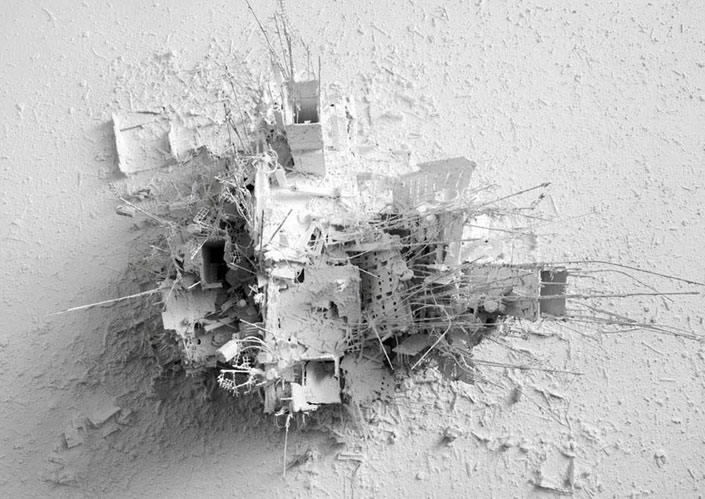 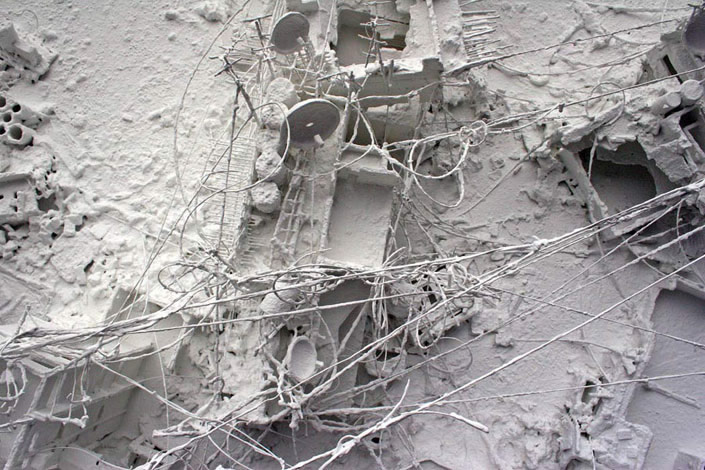 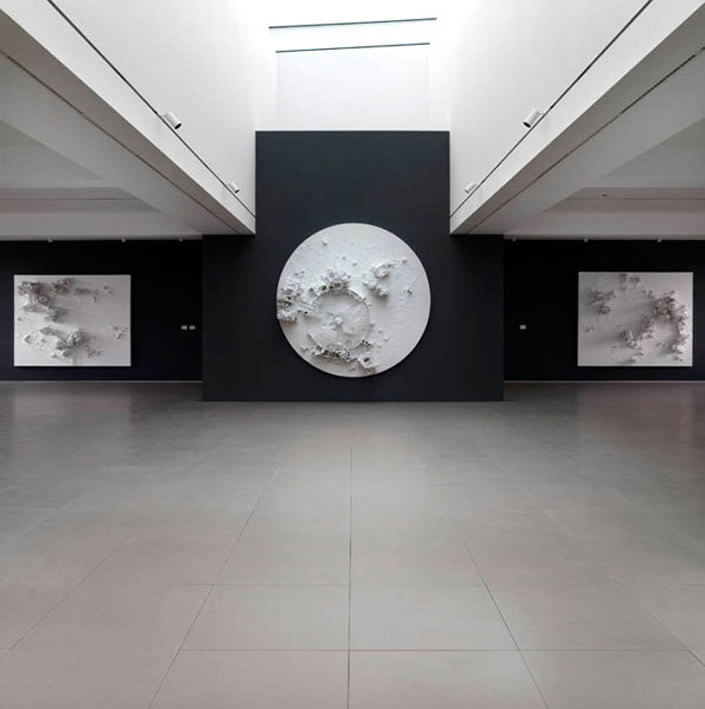 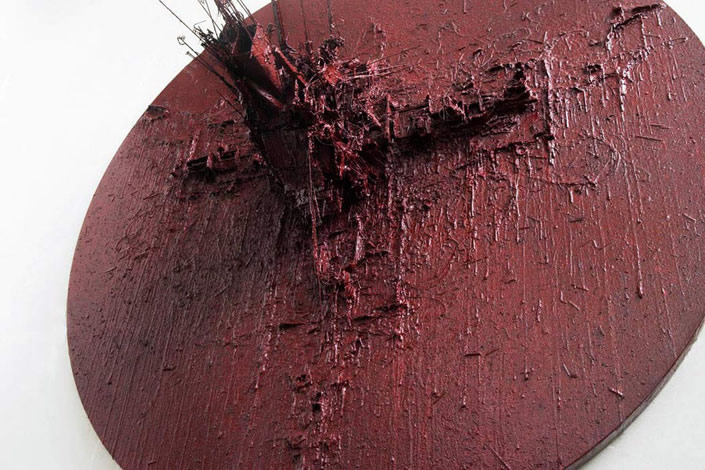