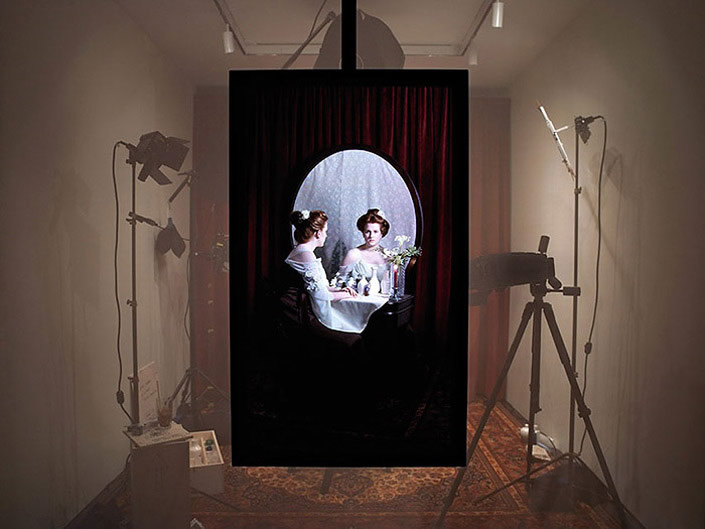 “All is Vanity (Mirrorless Version)” is a remake of Charles Allen Gilbert‘s classic op-art drawing. It is now art installation with a high-definition video and custom built set by Adad Hannah, who has created an illusion within an illusion, i.e. “The artist asks a pair of identical twins to perform a tableau vivant in order to render a mirror where there is none.” [1]

Notes about “All is Vanity (Mirrorless Version)” (from Hannah’s website):

In All Is Vanity (Mirrorless Version) Adad Hannah stages a historical drawing as a video. The artist asks a pair of identical twins to perform a tableau vivant in order to render a mirror where there is none, creating an illusion within an illusion. The source of inspiration for Hannahâ€™s installation is an image made in 1892 by an eighteen-year-old illustrator named Charles Allan Gilbert (1873-1929). Gilbertâ€™s drawing, entitled All Is Vanity, remains one of the worldâ€™s most famous optical illusions. It depicts a young woman surrounded by perfume and makeup, gazing at her reflection in the oval mirror of a wooden vanity. However, the drawing can also be read as a large human skull, the objects carefully arranged so that the vanityâ€™s mirror forms the dome of the skull, the womanâ€™s head and reflection its eye sockets, her toiletry bottles doubling as the skullâ€™s jagged teeth, and the table cloth delineating the jaw line. […] 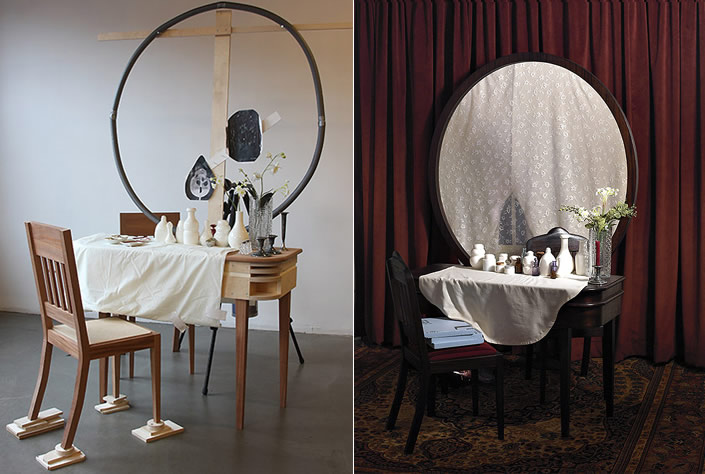 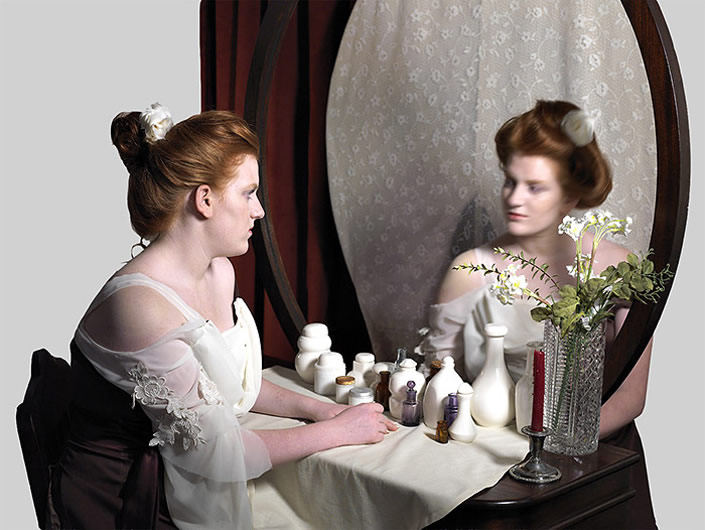 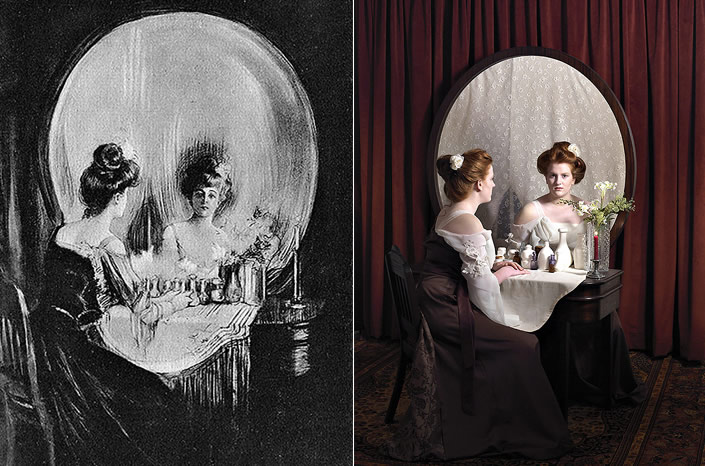 Top Left: “All Is Vanity” (1892), original drawing by Charles Allen Gilbert. Right:Â  “All is Vanity” by Adad Hannah. 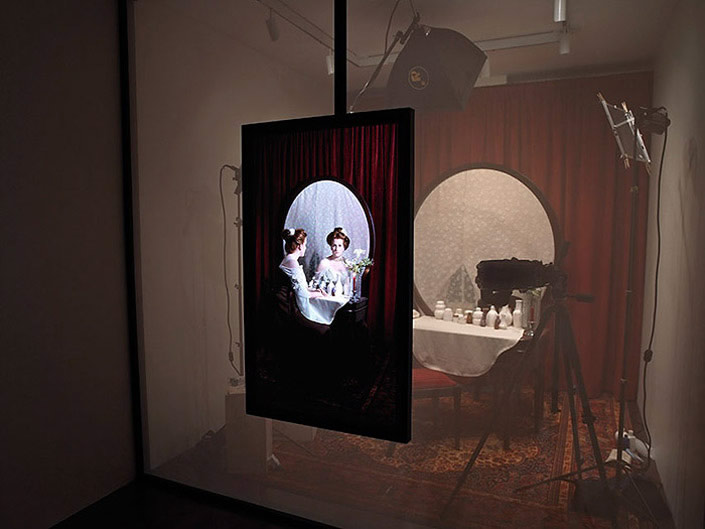