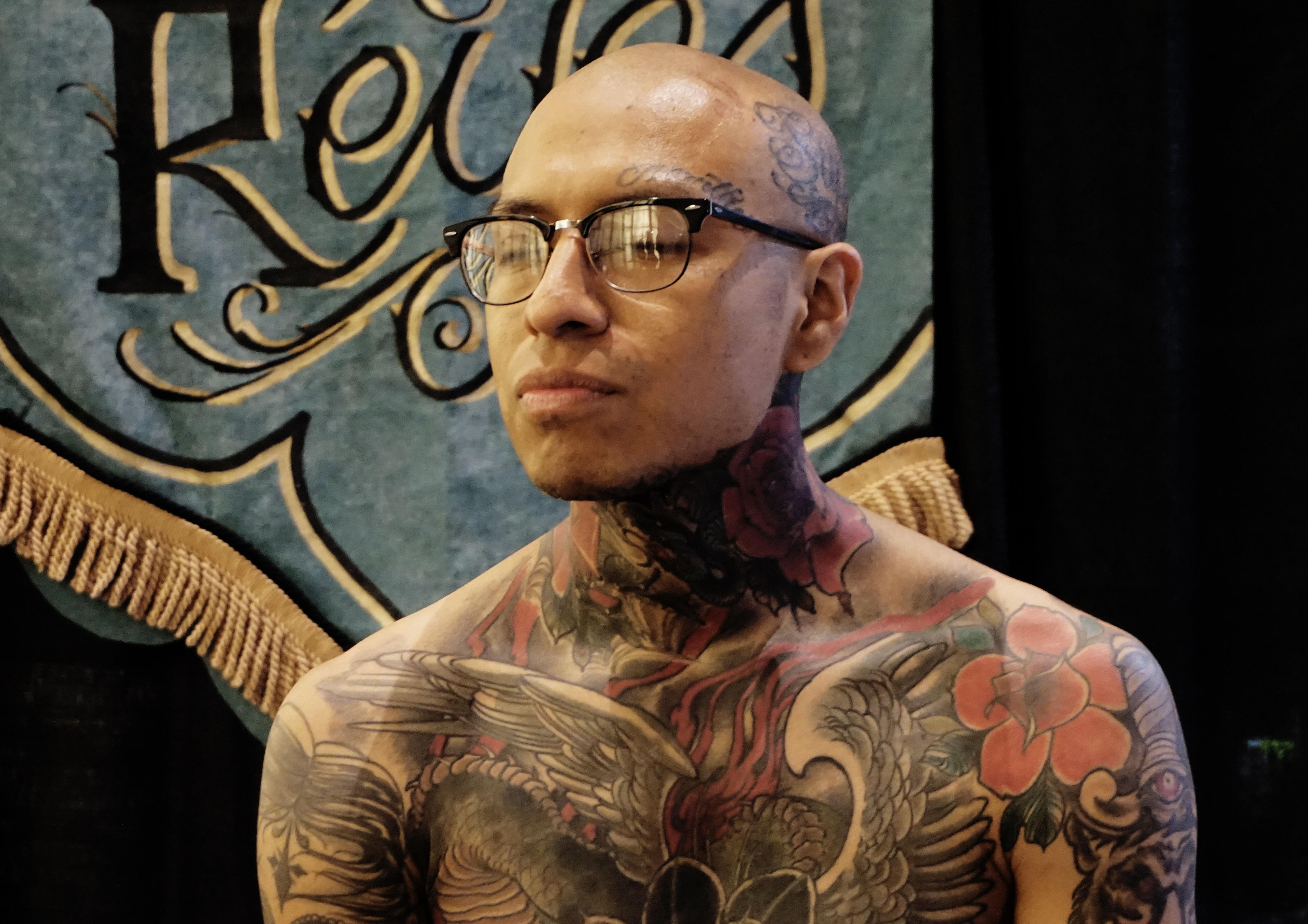 One thing you can expect in California is a chill environment, thatâ€™s the weekend we had in Pasadena at the Golden State Tattoo Expo, organized by Inked magazine and co-hosted by Carlos Torres and Nikko Hurtado. Other headliners were â€śInk Masterâ€™sâ€ť Season 8 winner Ryan Ashley Malarkey and distinguished painter Michael Hussar, the latter instructing a figure drawing class to aspiring artists.

Scene360 hit the three-day event with exclusive broadcasts on Instagram, and interviewed tattooer Michela Bottin about her move from Europe to the United States, in addition to Q&As with Nikko Hurtado who held tattooing workshops at the conference hallâ€”a building next to the Pasadena Convention Center where the expo was running. Many hundreds of tattooists filled the large expo, the majority from North America like Joe Capobianco, Phil Garcia, Deano Cook, and Mark Wade. Russiaâ€™s Mashkow did an amazing portrait on skin, and Australiaâ€™s Chris Showstopper came to impress by winning â€śBest of Showâ€ť for a photorealistic sleeve.

Above: Tattoo artist Jessi Reyes (aka Drahkula) at the Golden State Tattoo Expo. 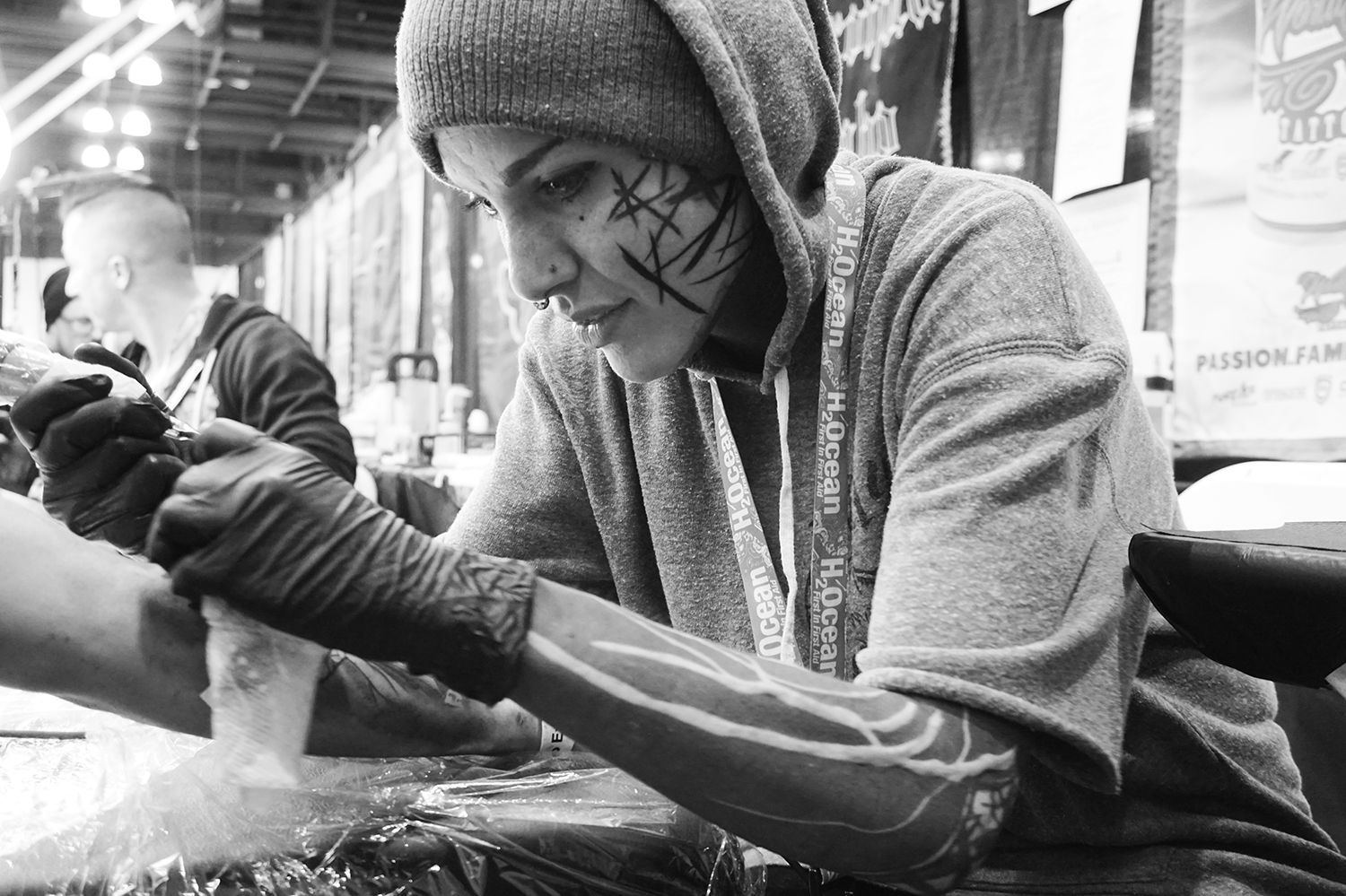 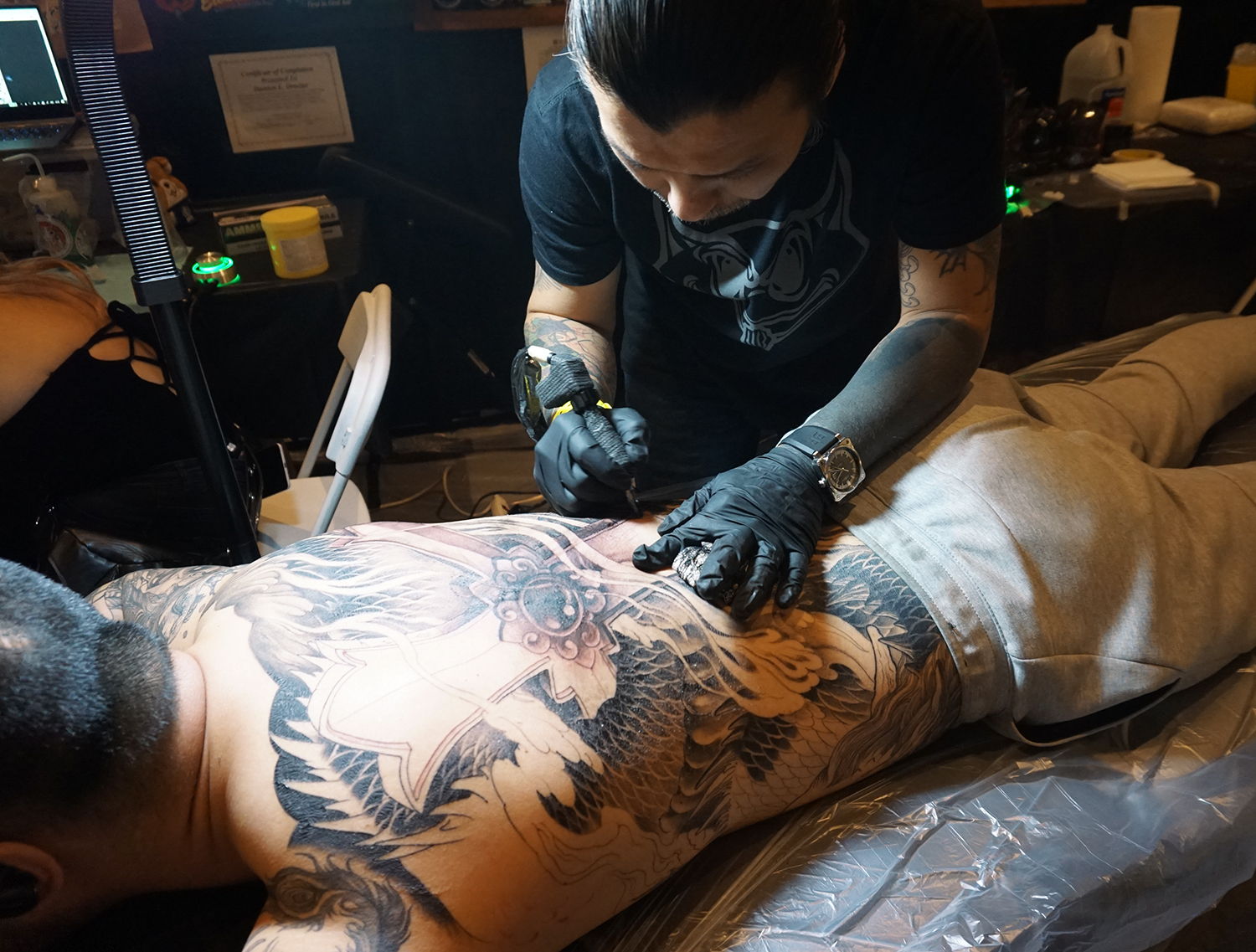 Malaysian Arek inks an elaborate back piece that will take 6 sessions to complete. 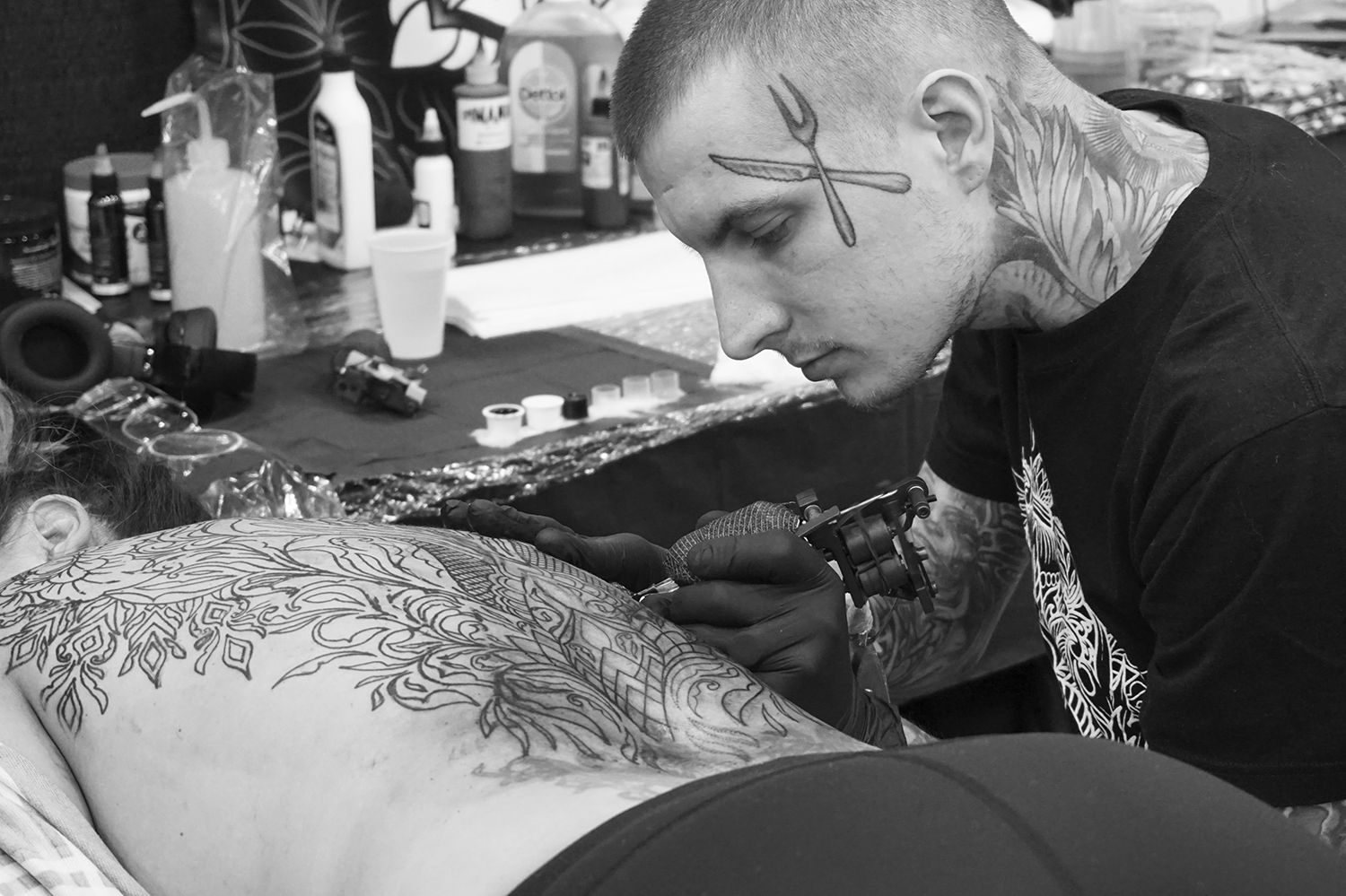 An ornamental tattoo being produced by Tom Maggot. 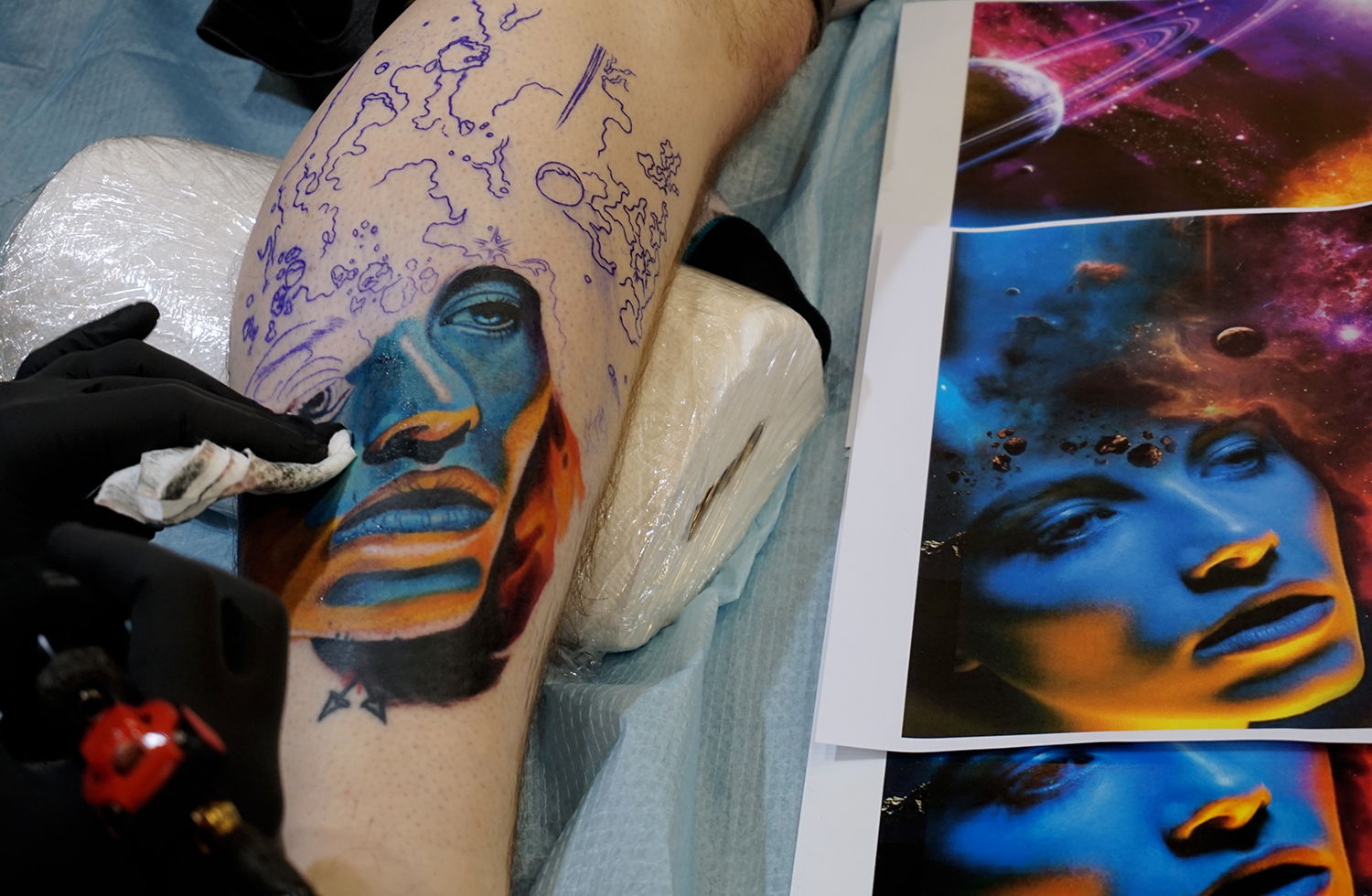 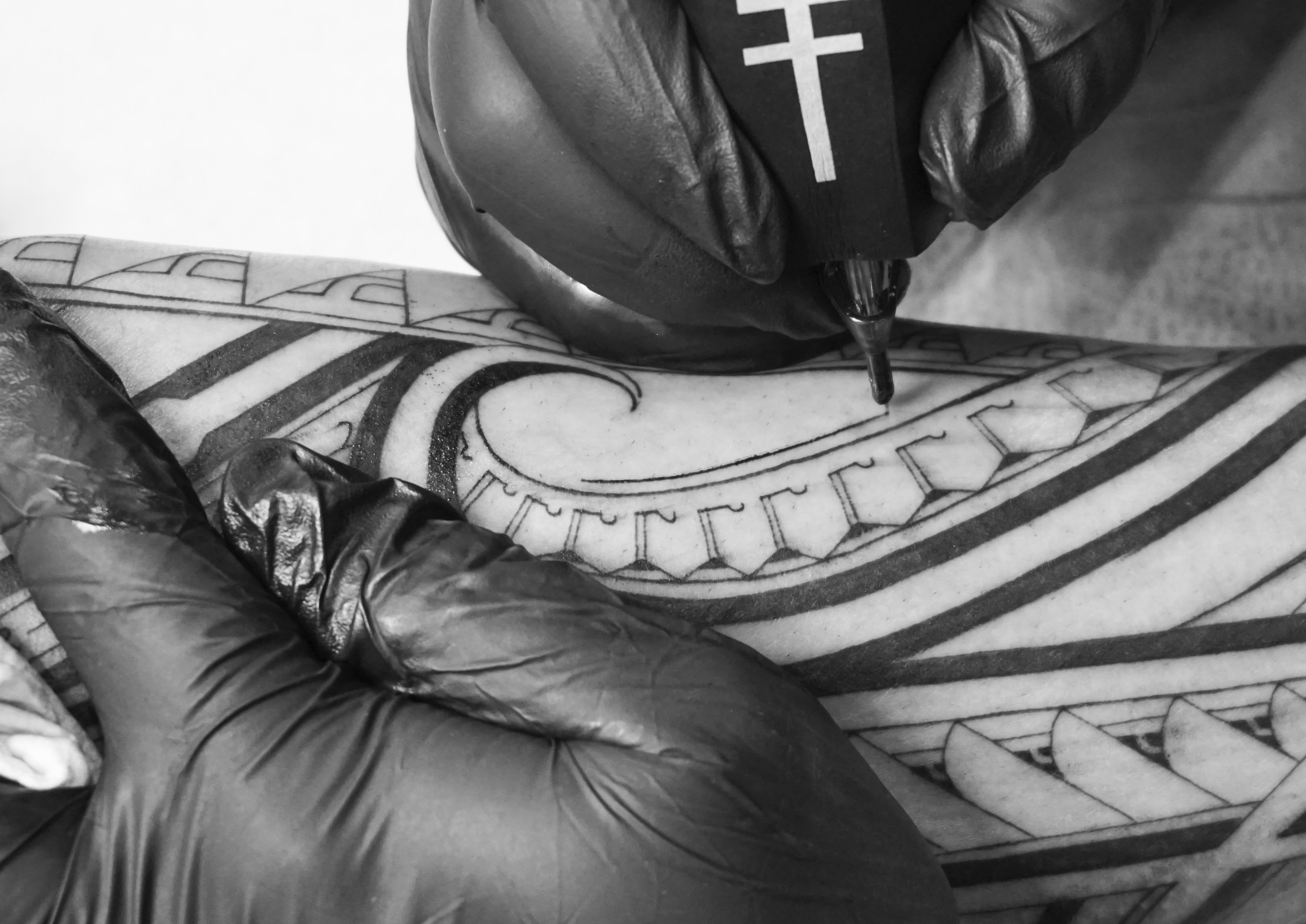 Leland Gomez is from Hawaii and specializes in the neo-tribal style. 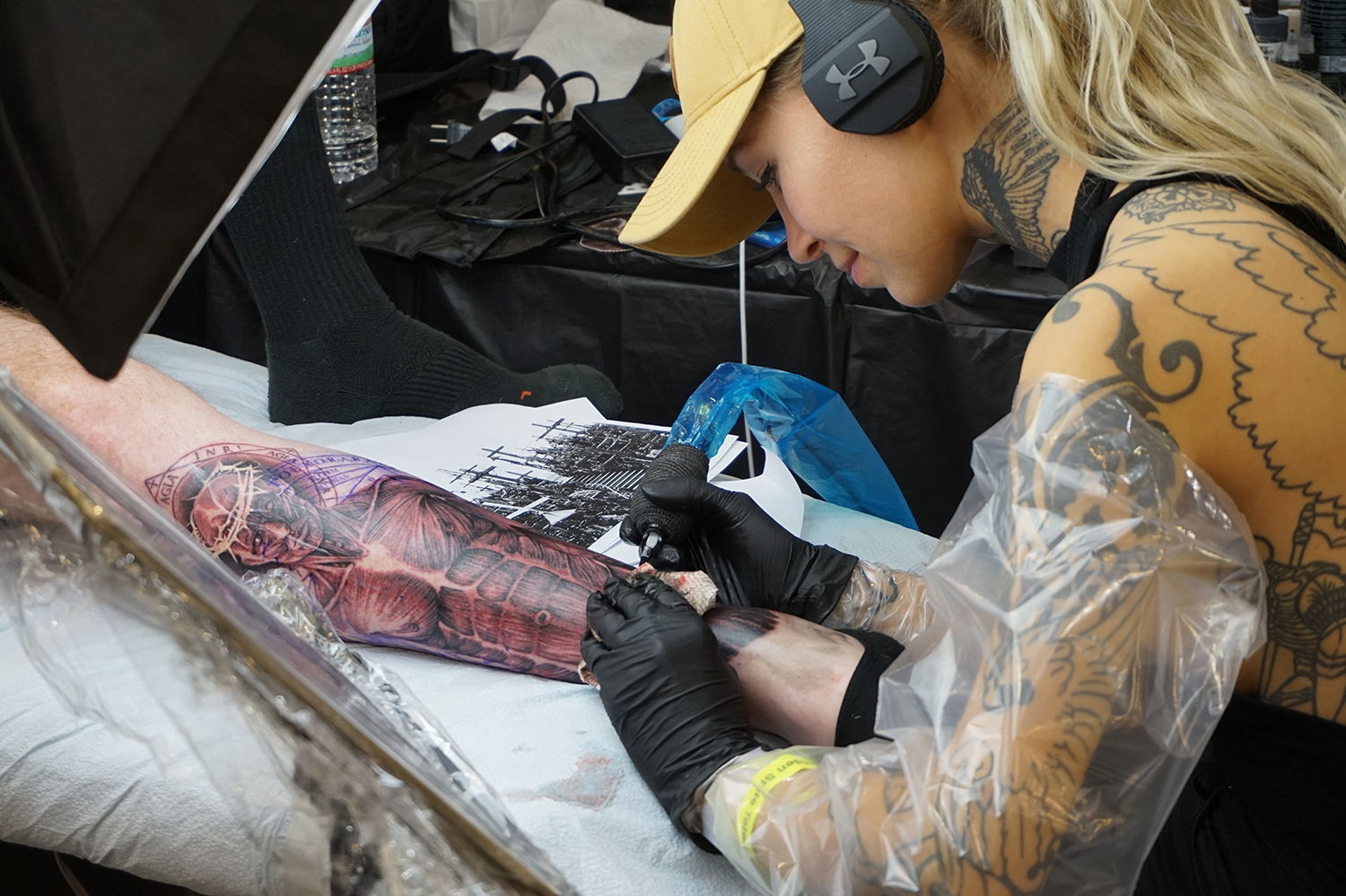 Deanna Smithâ€™s recurring themes are flowers and portraits; at the Golden State Expo she did something completely different. 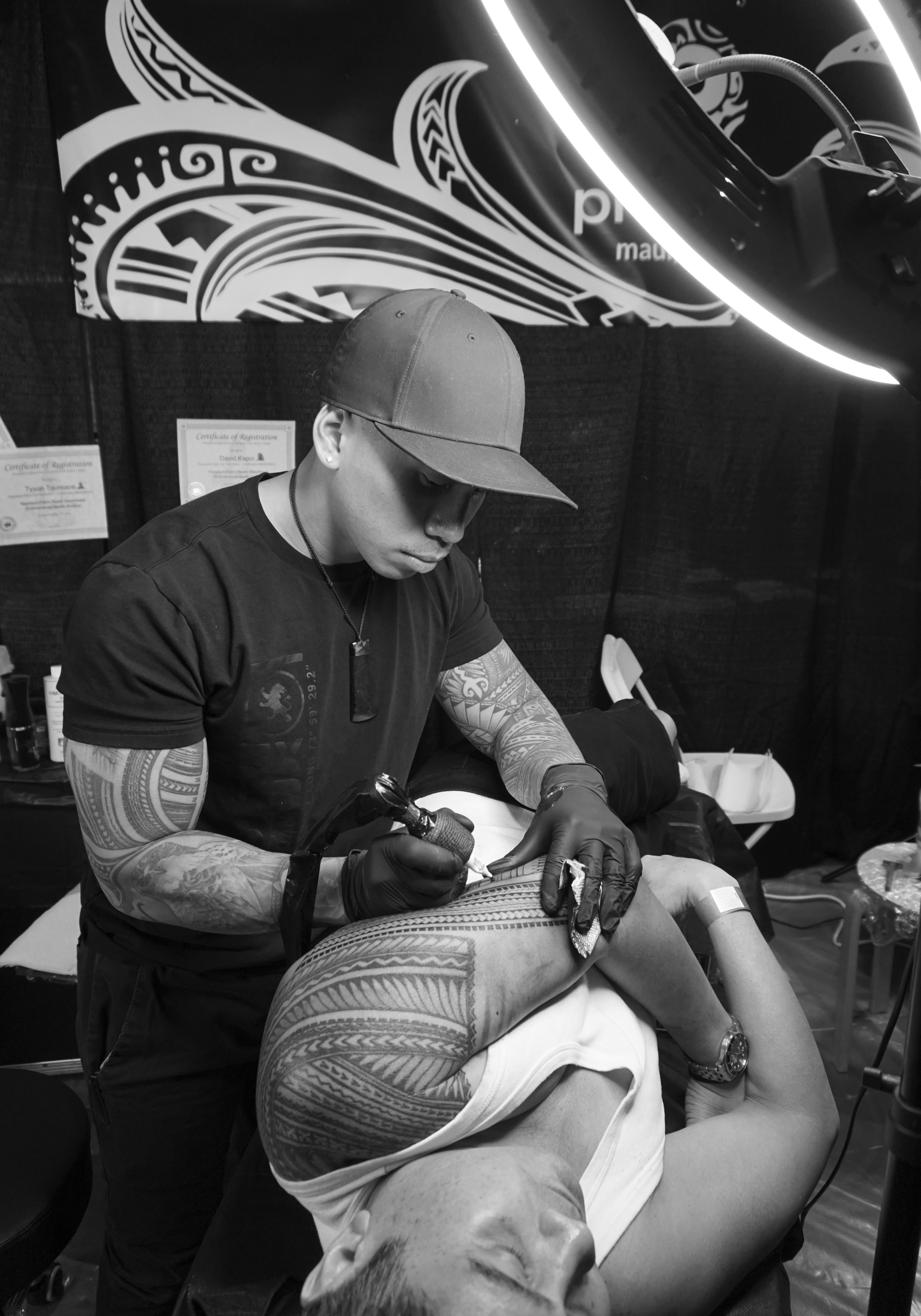 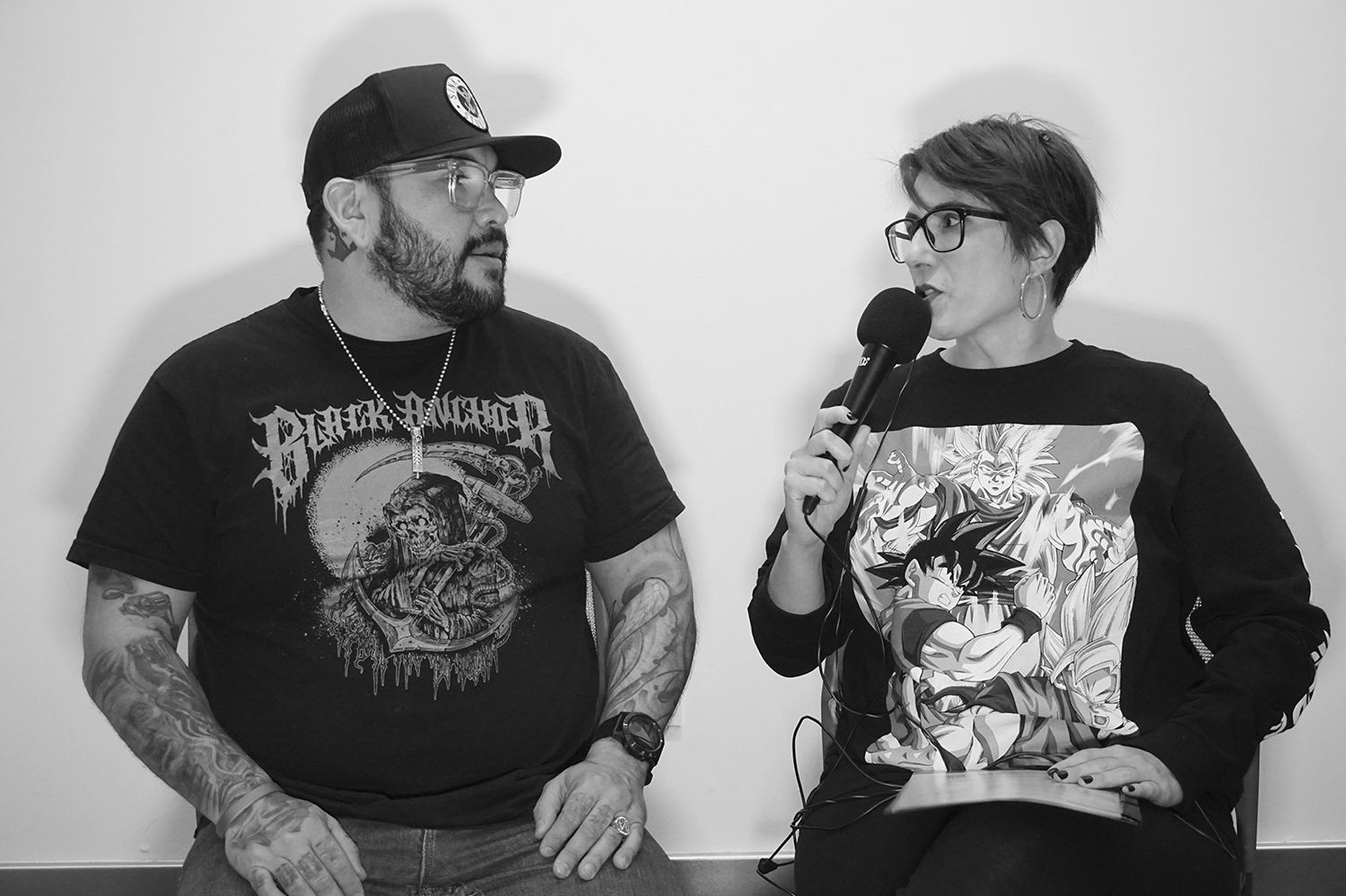 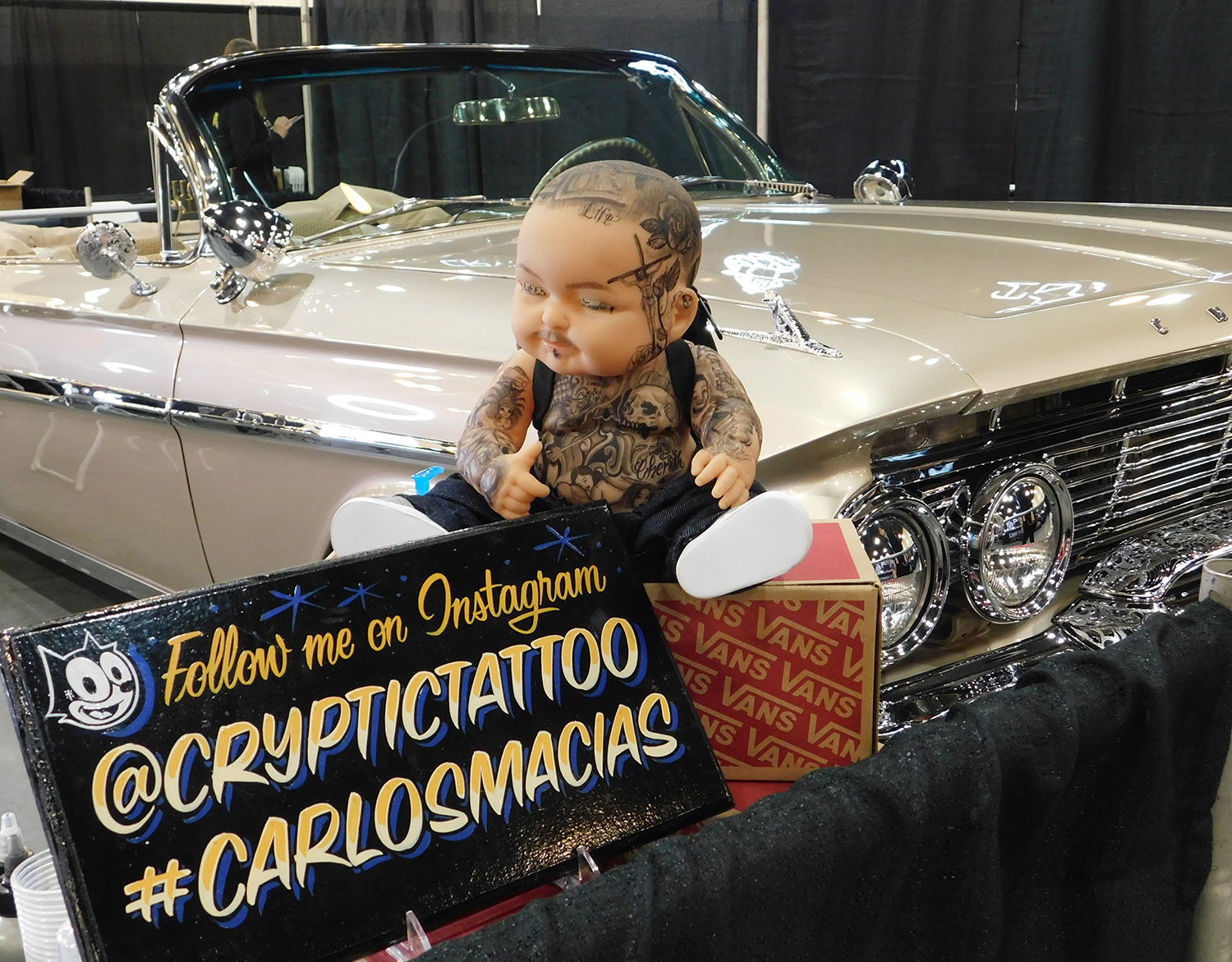