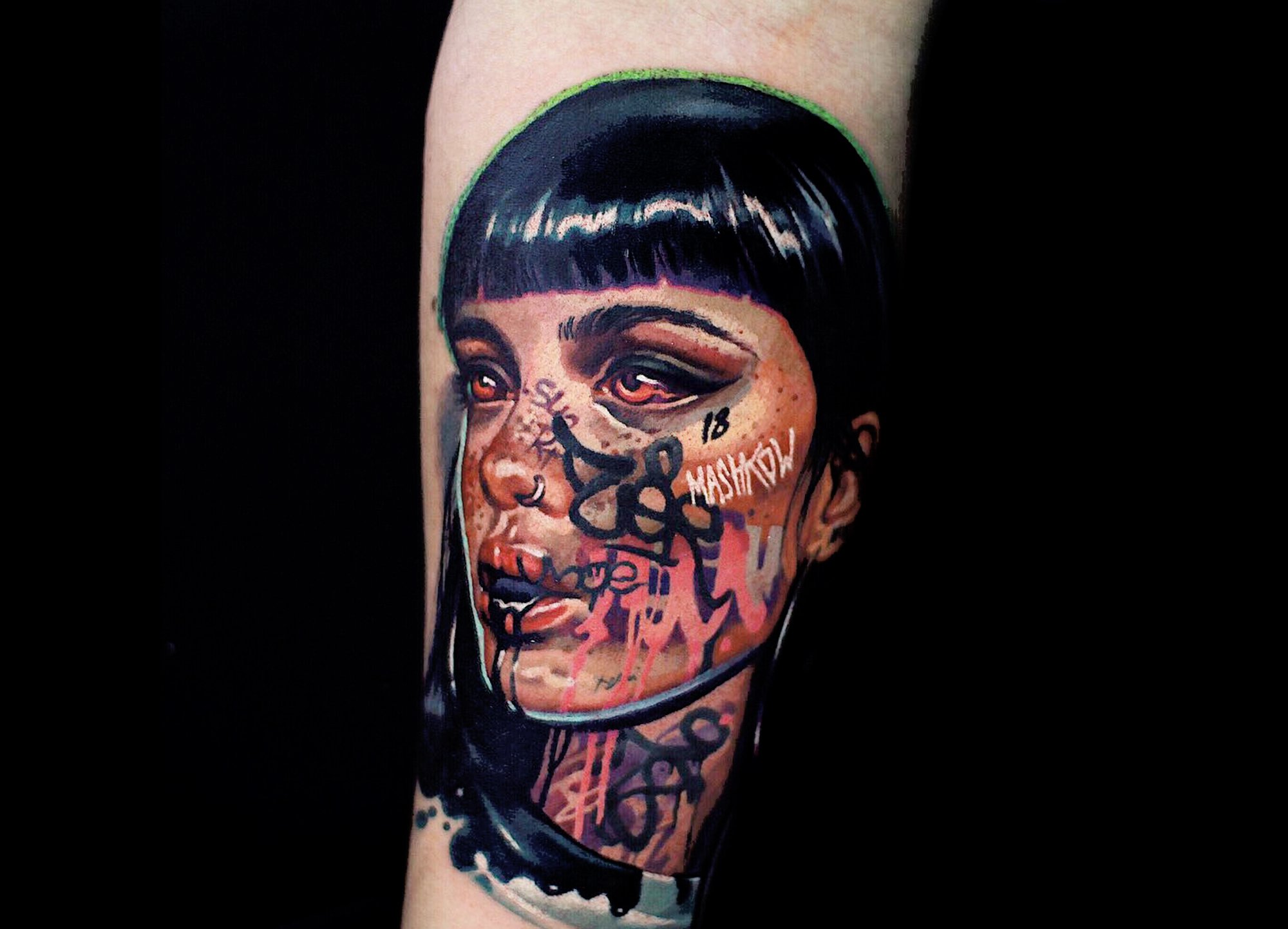 Looking at the portfolio of Russiaâ€™s Mashkow is like a flashback to 90s graffiti in New York City. Instead of walls and subways being bombed, it is his tattoo designs of female faces. Theyâ€™re composed in an emotional and beautiful wayâ€”colors, textures, lettering … showing distinctly how skillful Mashkow is. And for the veracity of graffiti heritage he tags his name on each skin piece. In 2017, his work was in the â€śRealismâ€ť genre but nothing as creative and characteristic as what is shown here (done in 2018). In addition to tattooing, of course he does street art, and oil paintings. See more on Instagram. 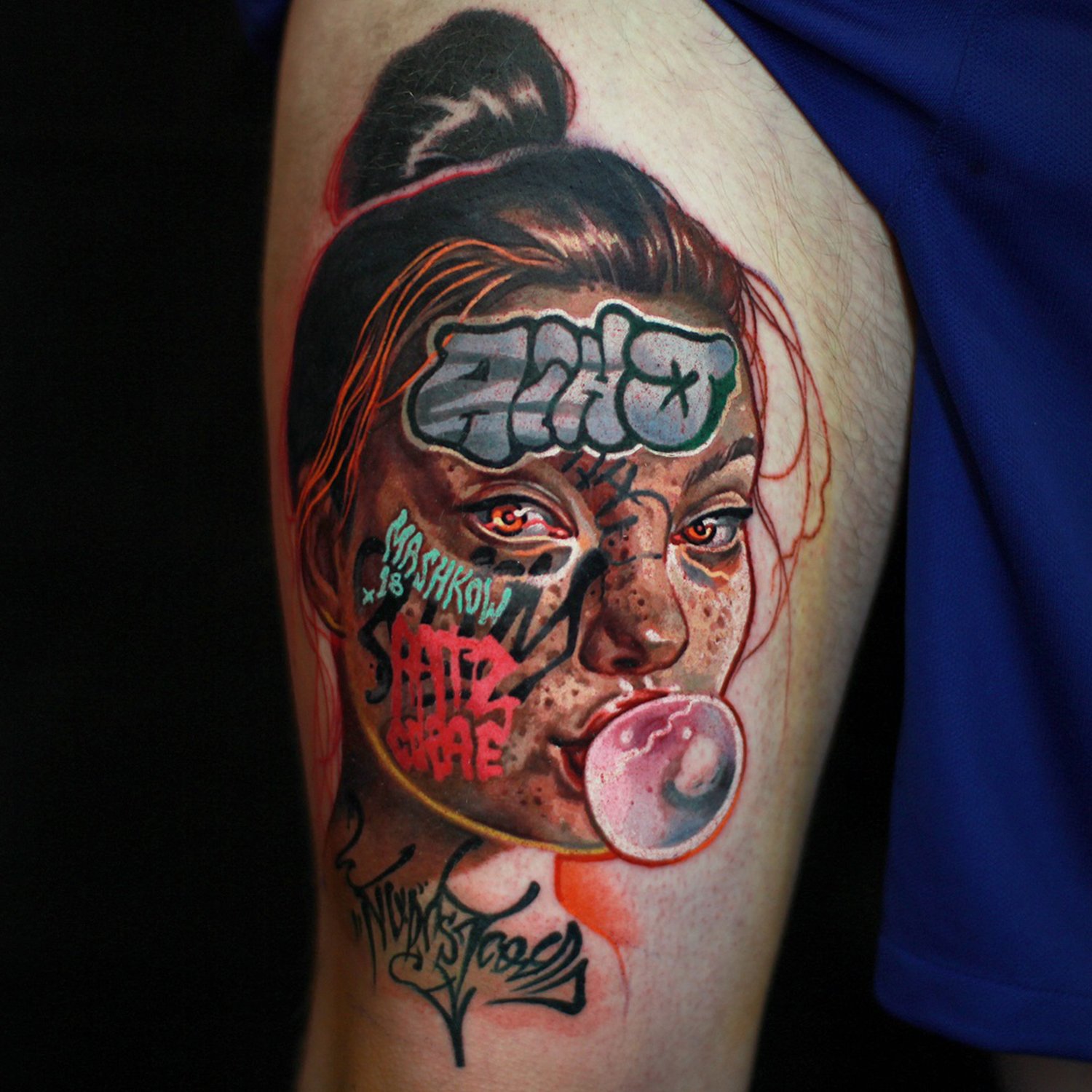 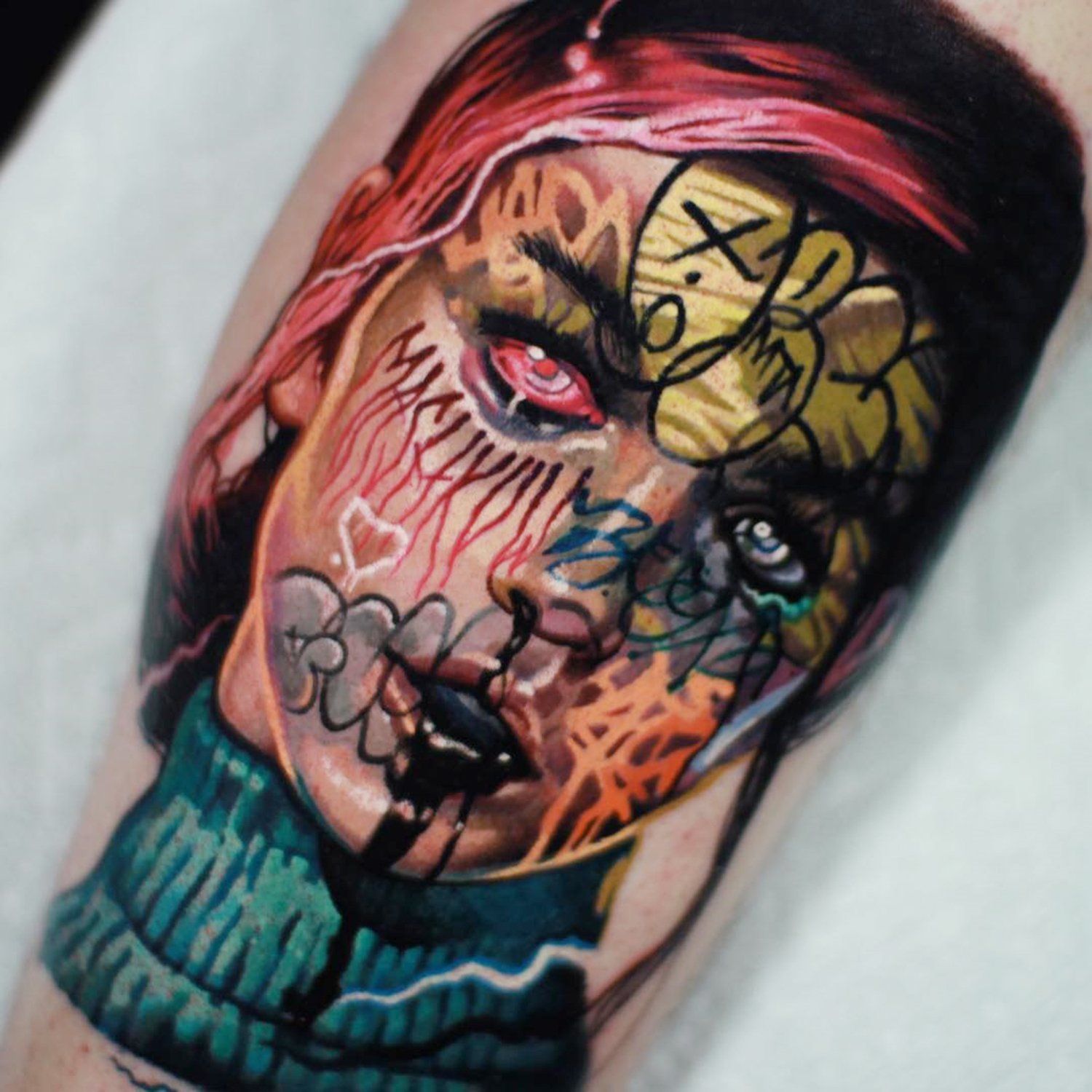 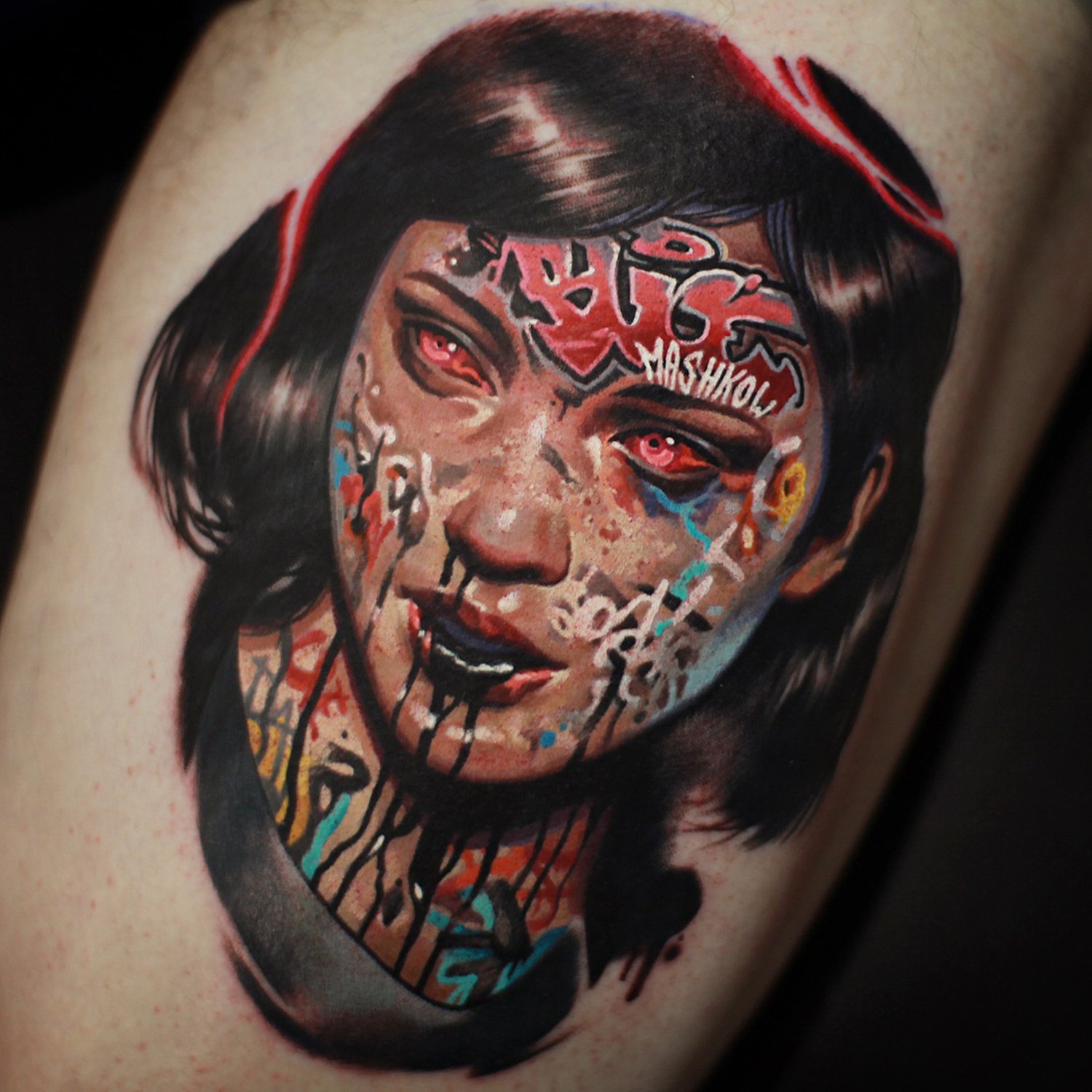 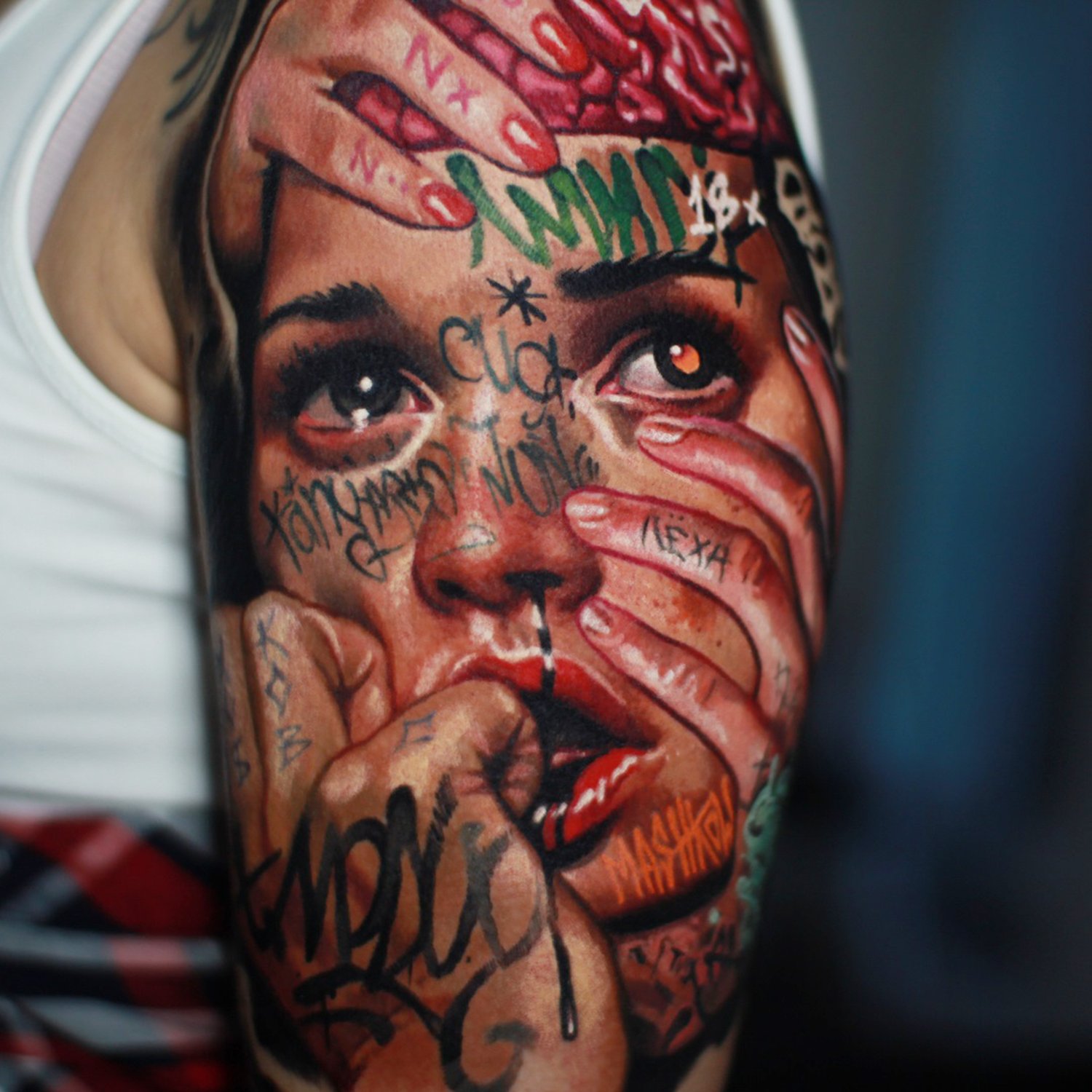 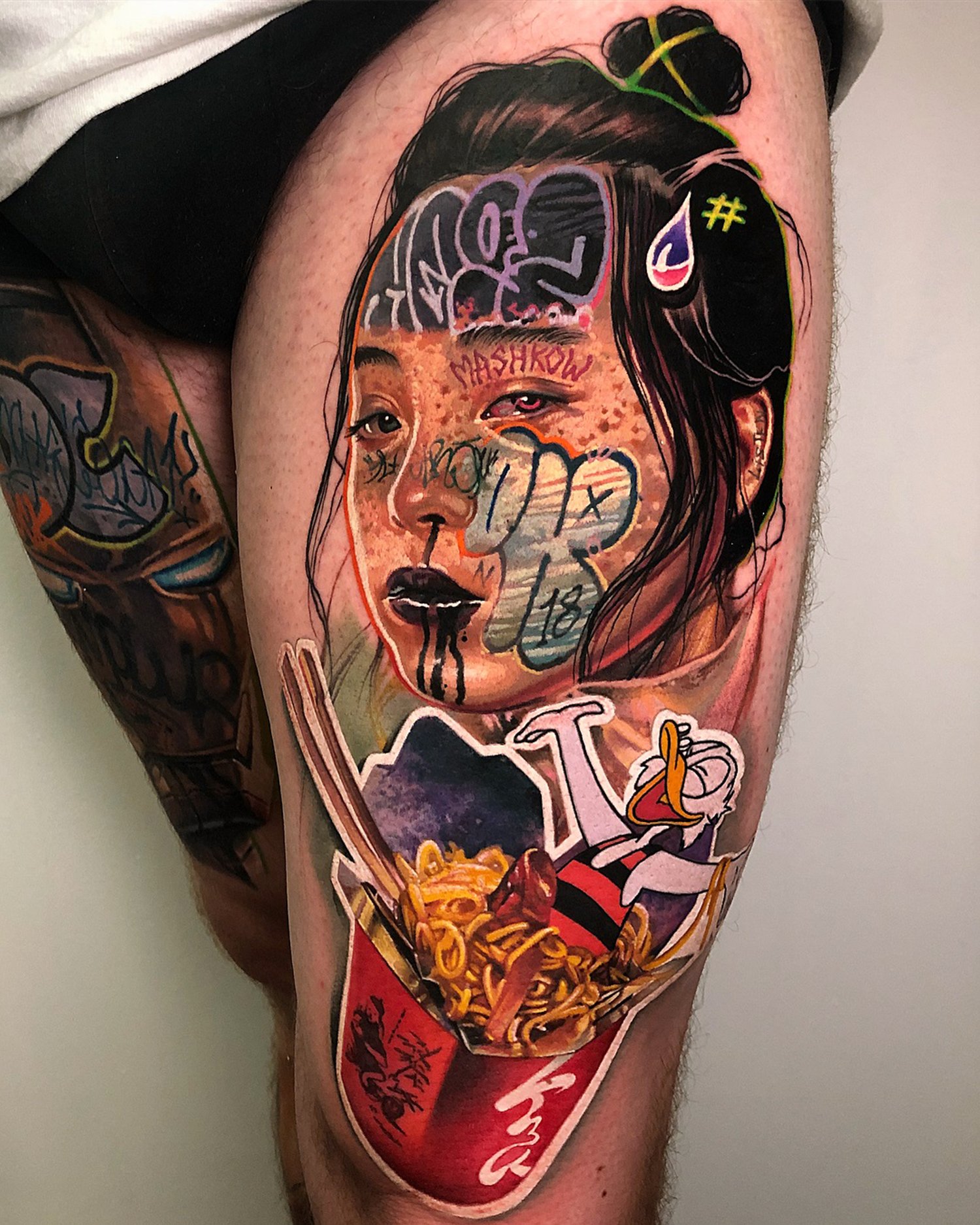 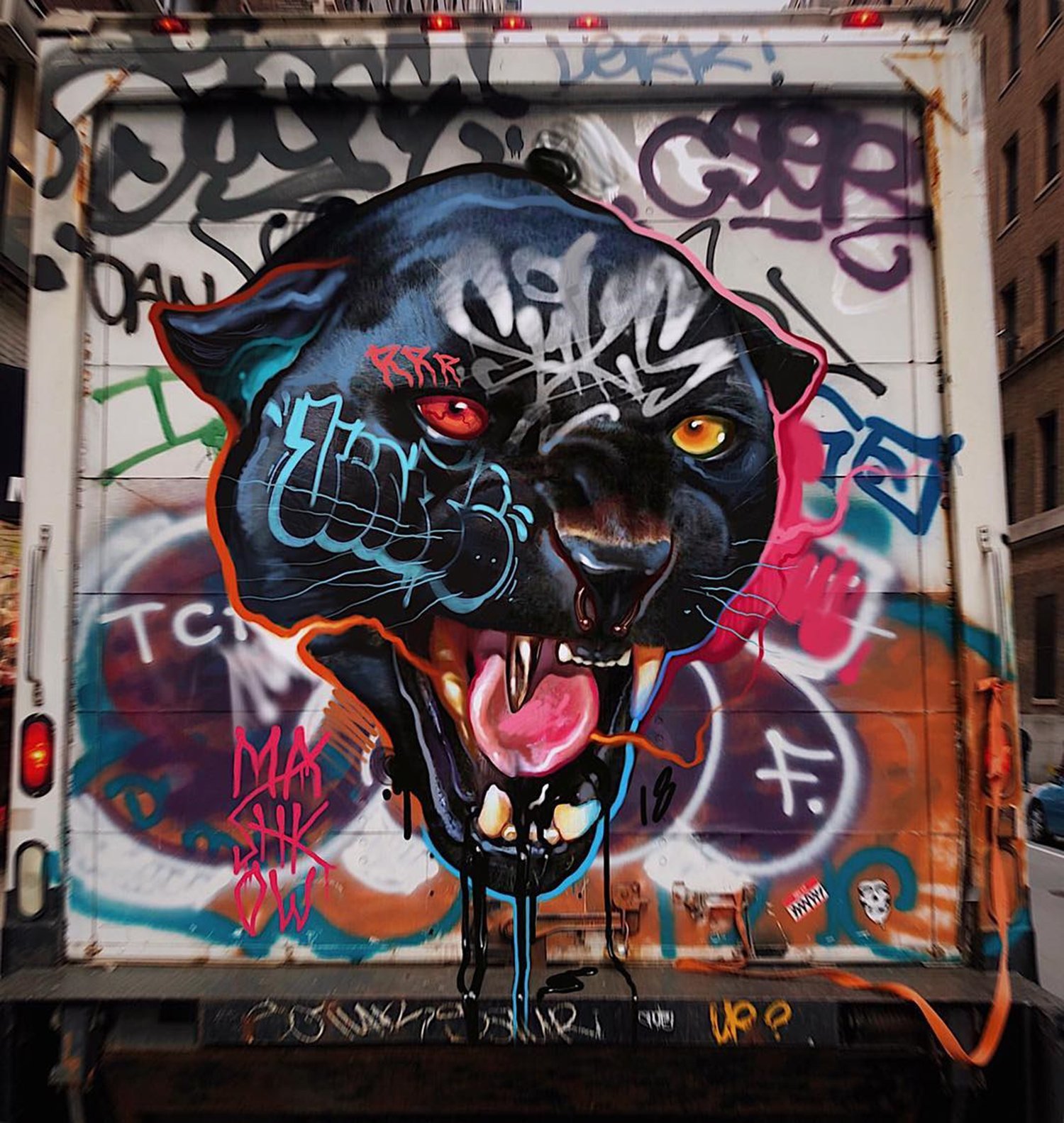