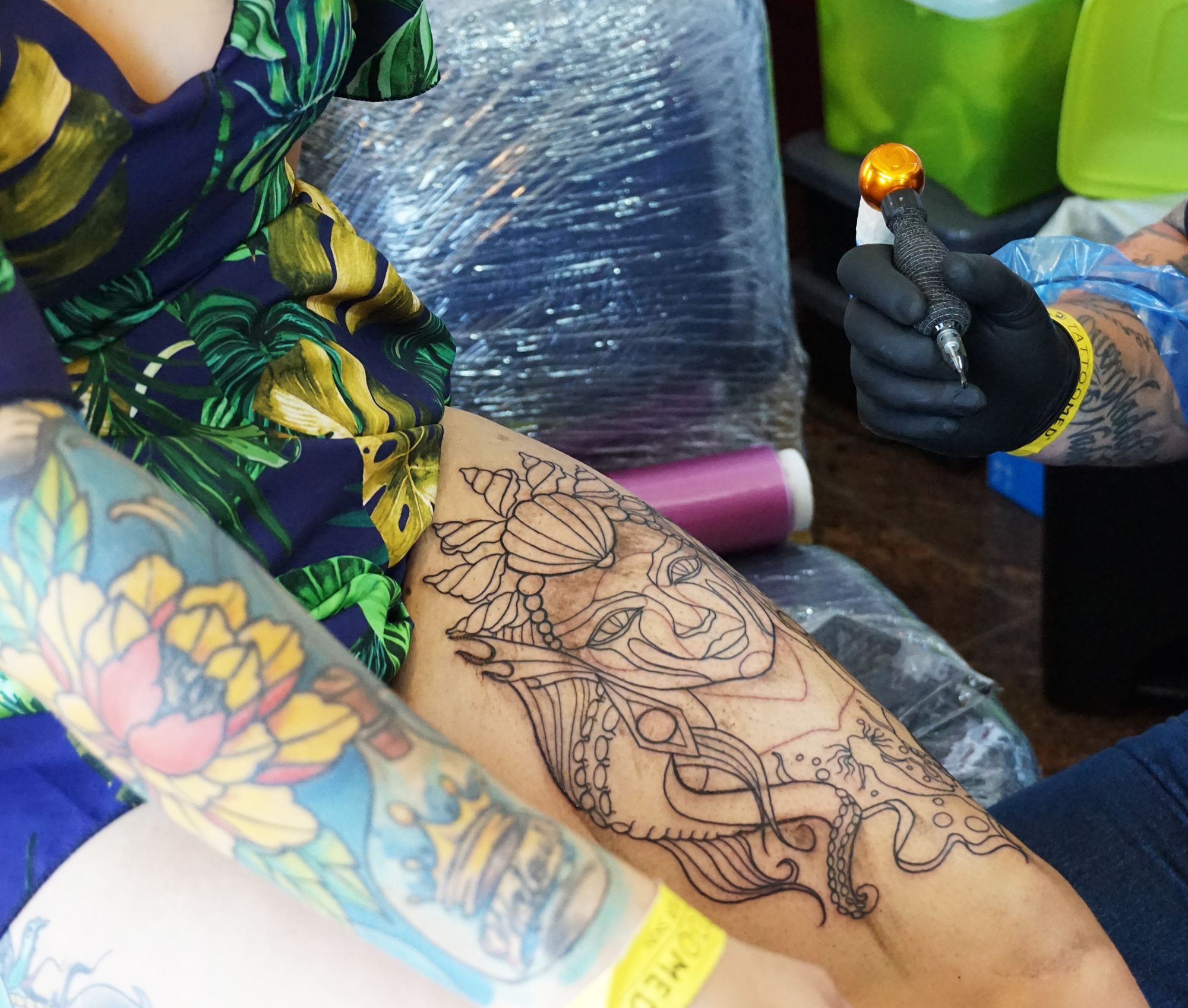 It is another exciting year at the Setubal Tattoo Show located at the Sado Hotel, a former 19th-century manor house, with a terrace providing spectators a crisp panoramic view of the city. The event was more cozy and intimate than 2017, this time with a smaller number of artists in the booths but still highlighting many Portuguese talents like Mauro Amaral, Pepe Felix, Amilcar Sousa, Raya Souza, as well as international ones such as Riccardo Antolini, Tony Tuan Luong, Sowl Art, Pagio Peanuts and more. The booths were closer together, so it was easy to talk to the artistsŌĆömaking it a friendly, family-like environment that is not always present in bigger events.

Tattoos that caught our eye at the show were Lukasz KonsekŌĆÖs (over 10-hours of inking) stylized portrait on his clientŌĆÖs thigh, and Luis FerreiraŌĆÖs two-day-in-the-making of tribute piece of iconic fadista Amalia.

Above: Amilcar Sousa starting the outline of a gorgeous skin piece. 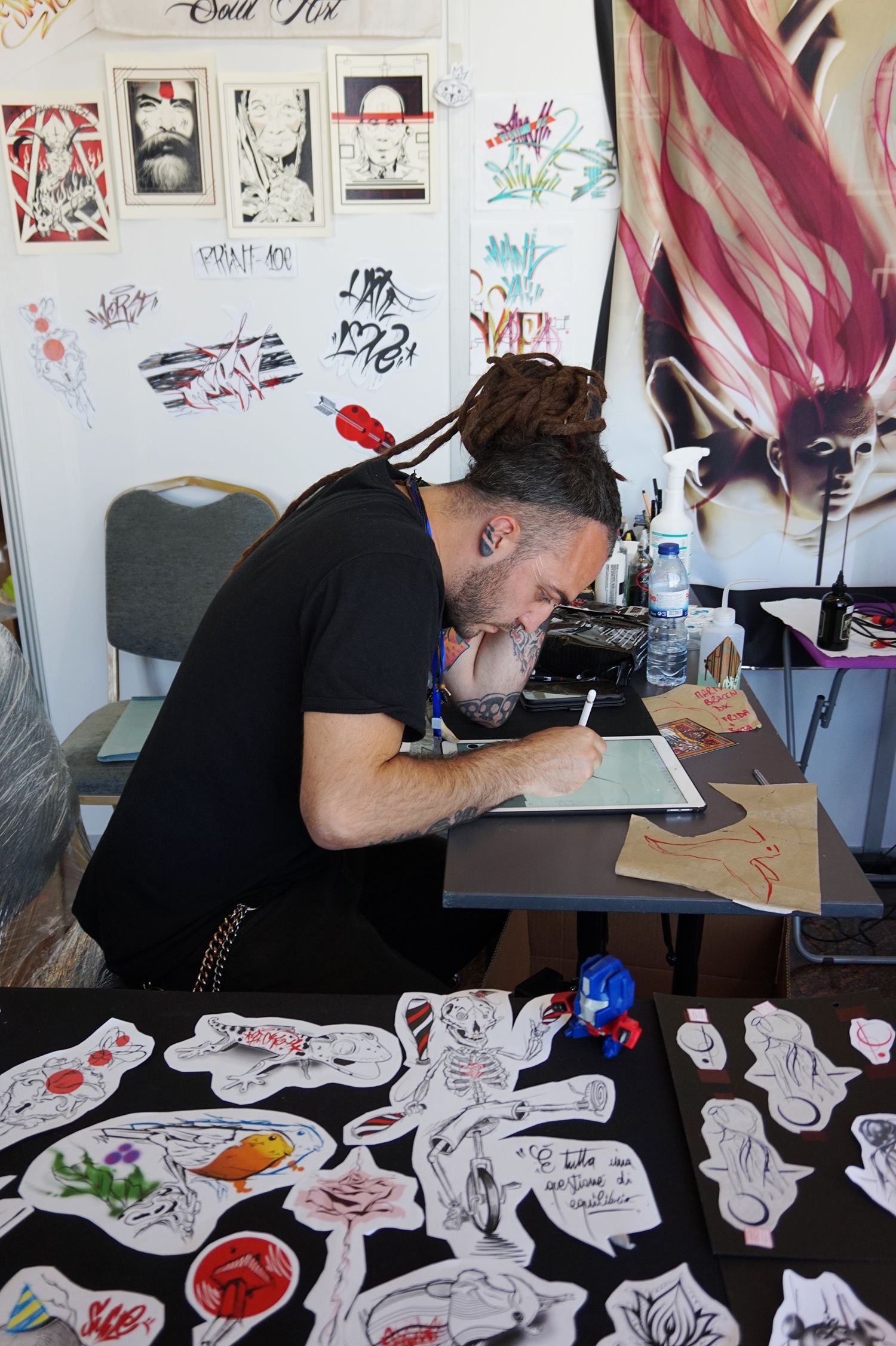 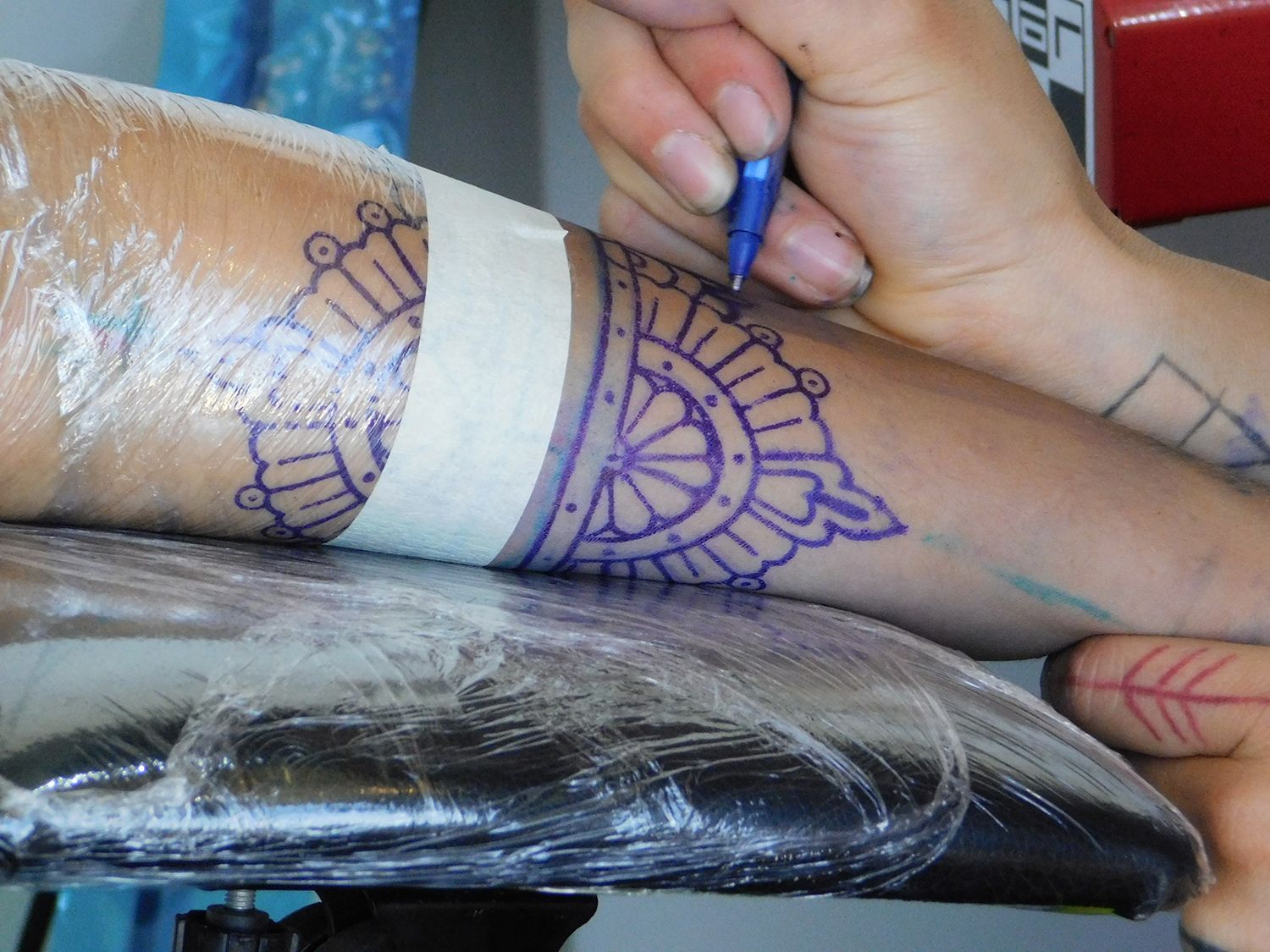 The start of a decorative tattoo by Micronomad. 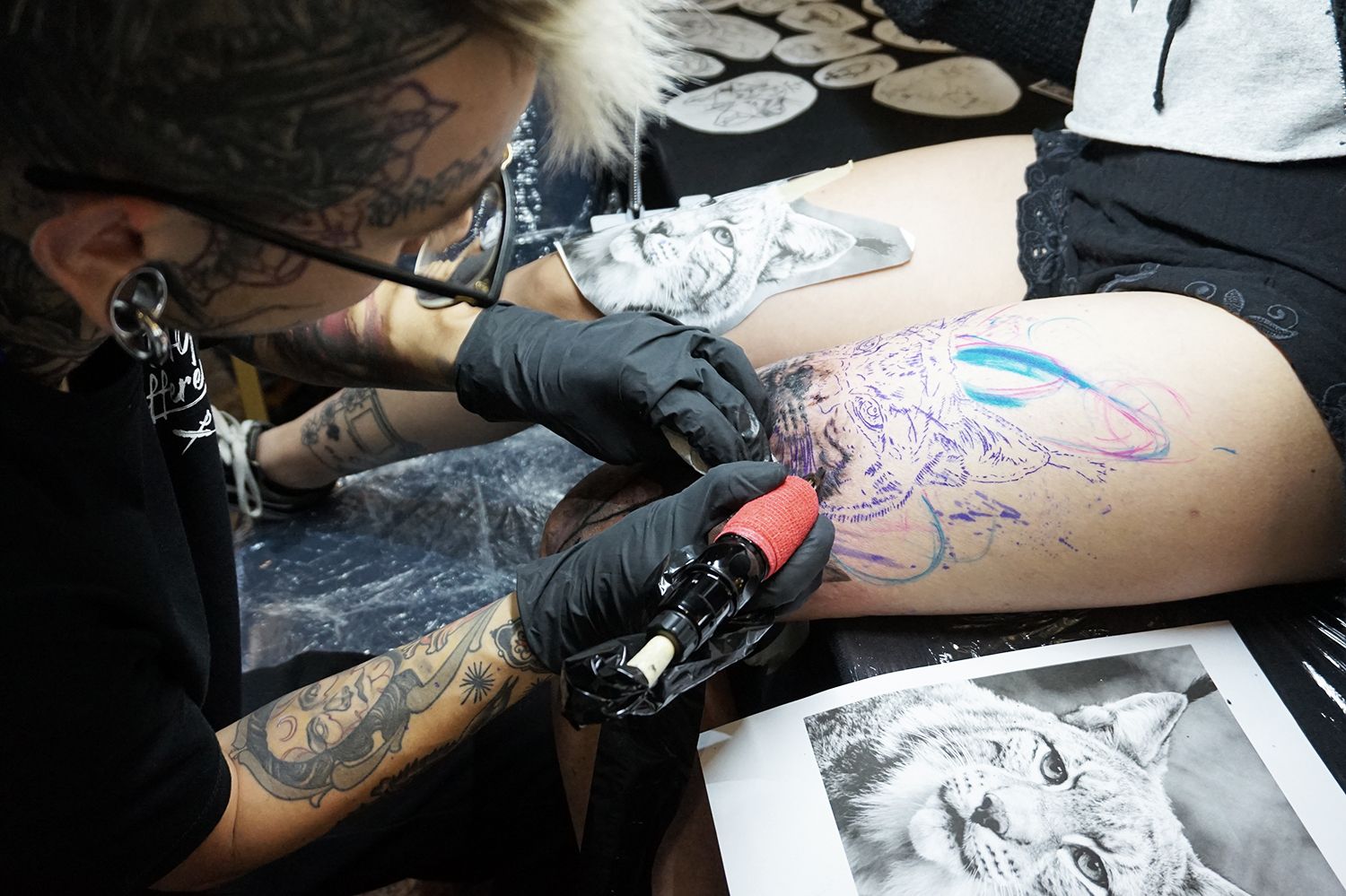 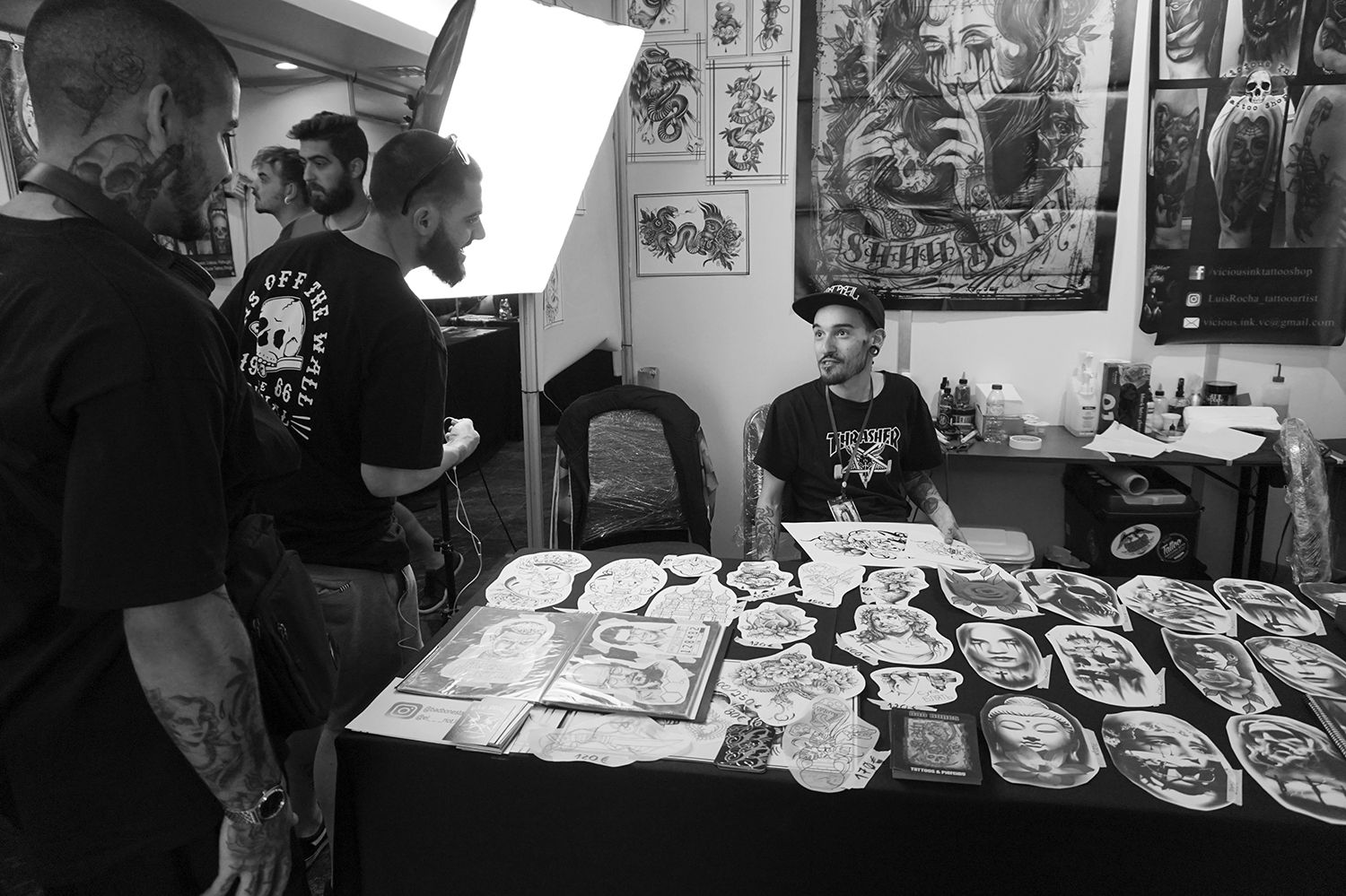 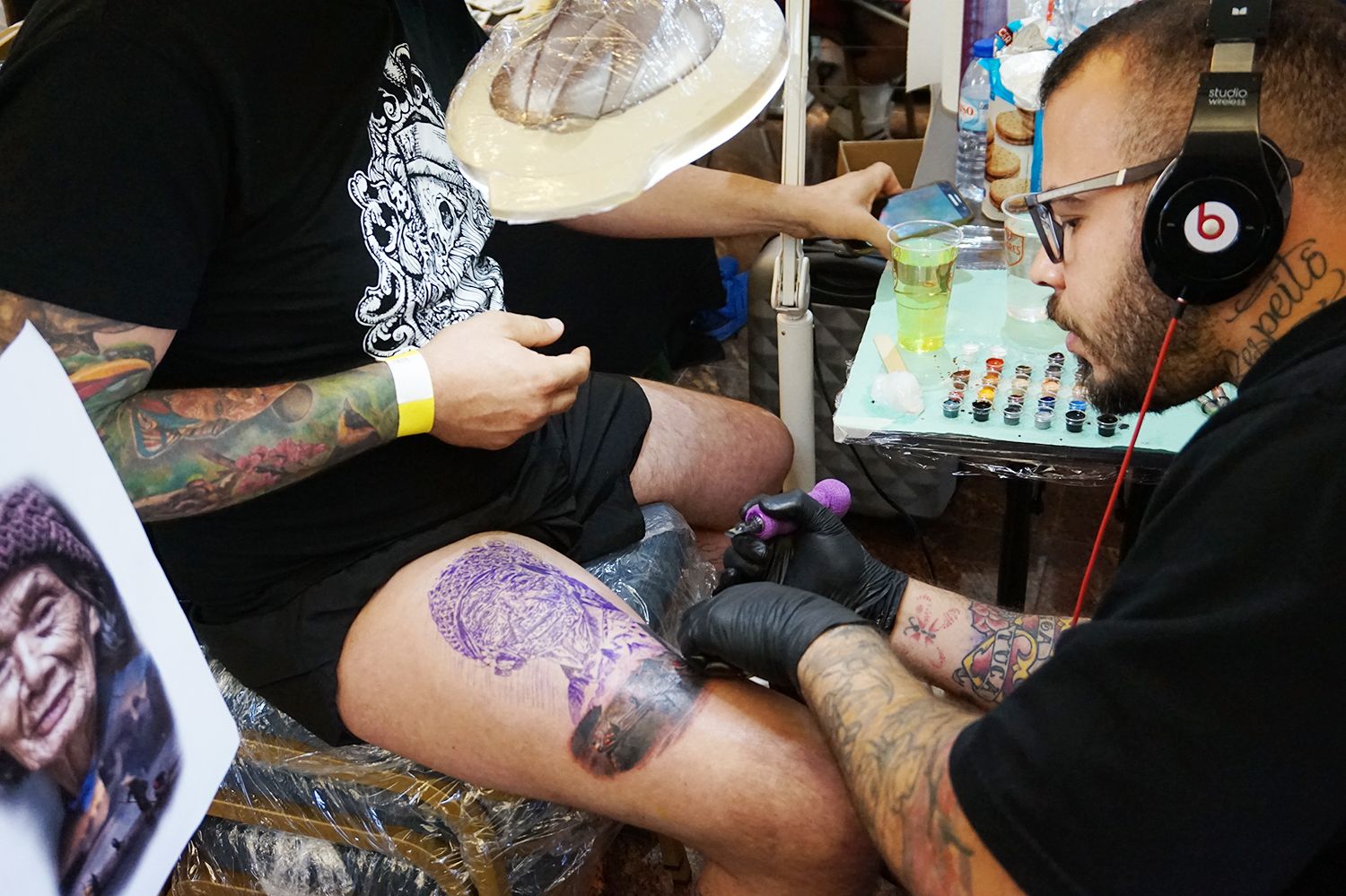 Realistic portrait in the making; by Rodrigo Koala. 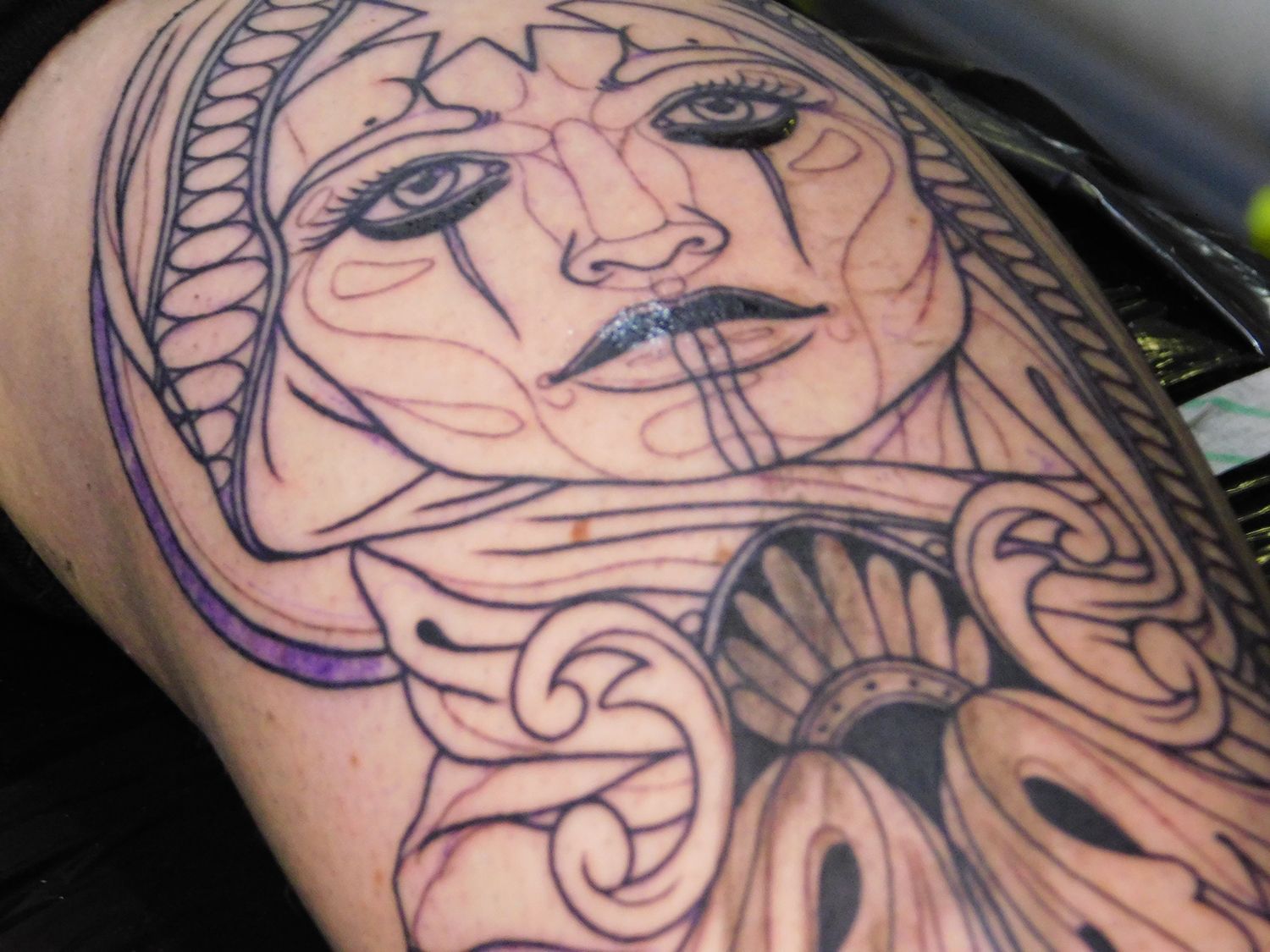 Close up of this elaborate tattoo by Nelson Sacramento. 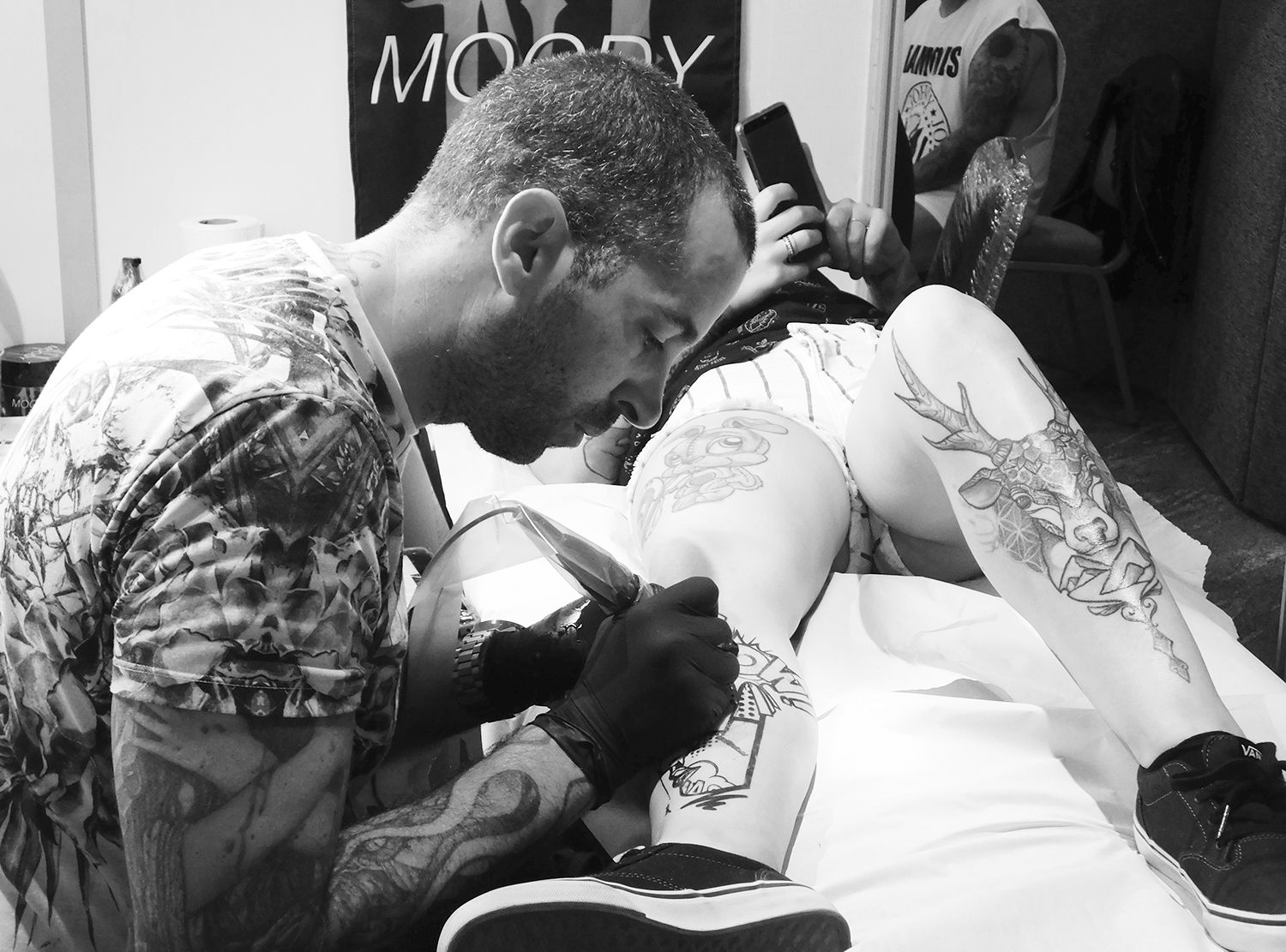 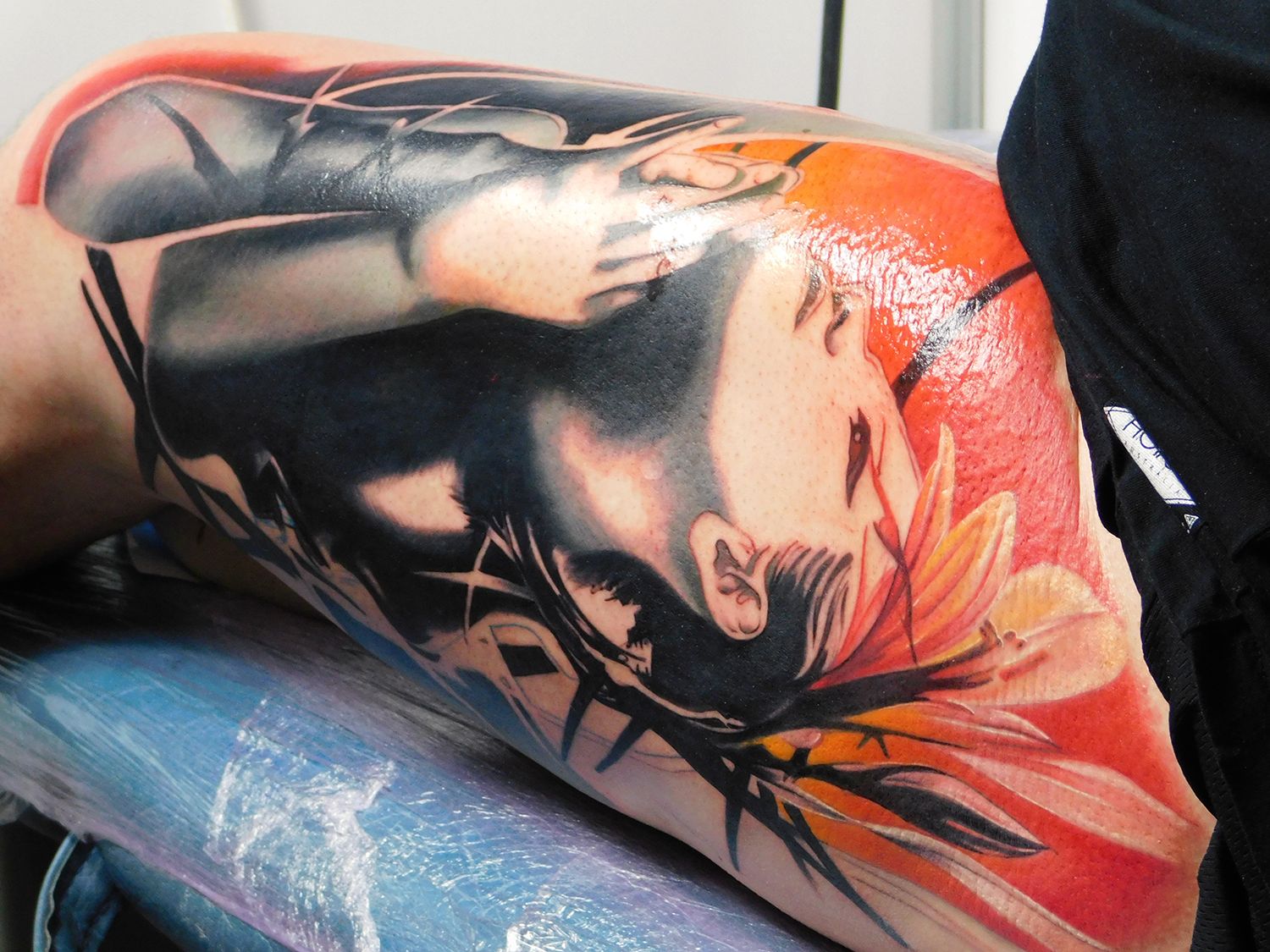 One of the best skins of the show produced by Lukasz ŌĆśKonsŌĆÖ Konsek. 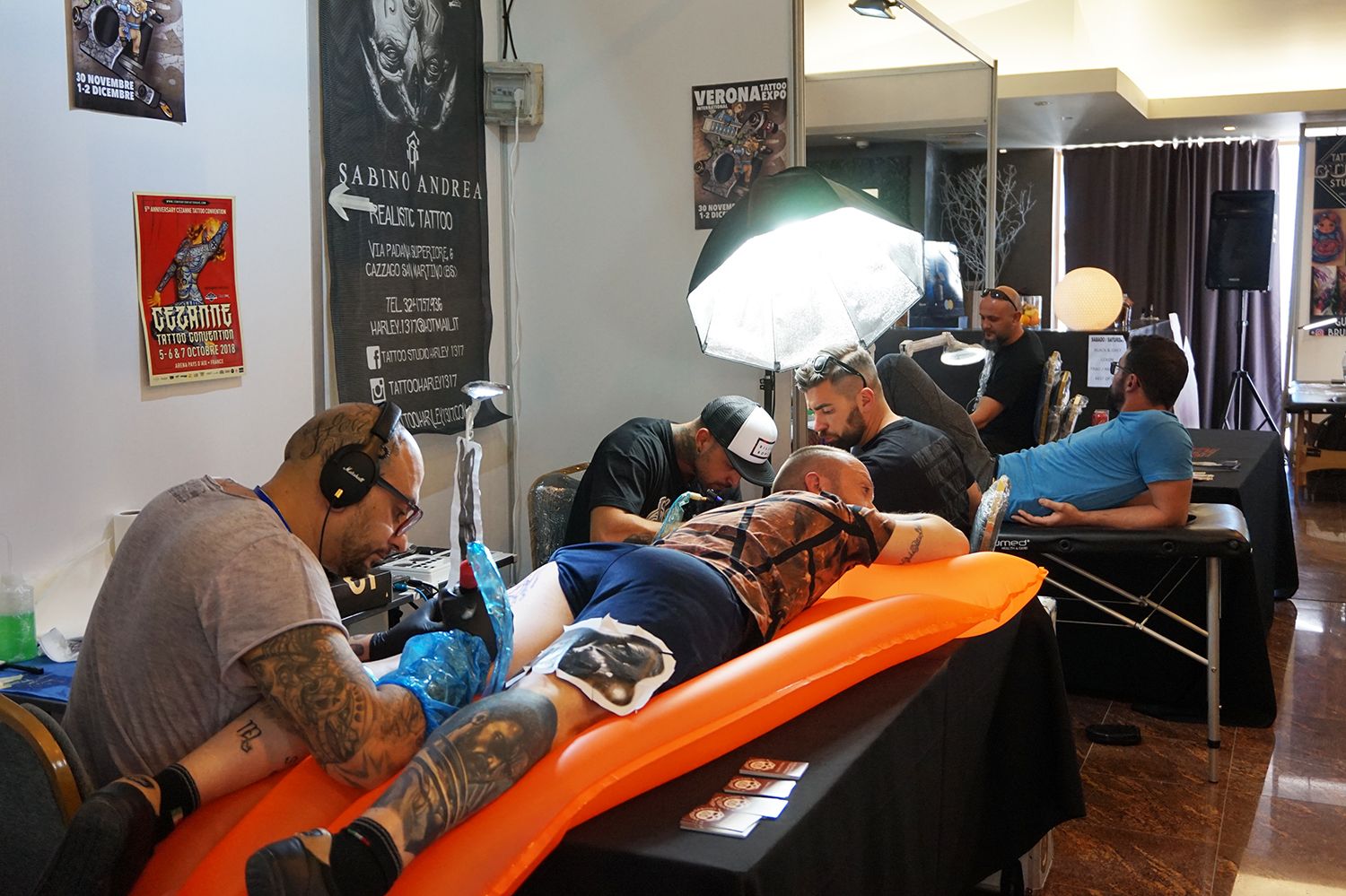 Italian artist Andrea Sabino made sure his client was very comfortable. 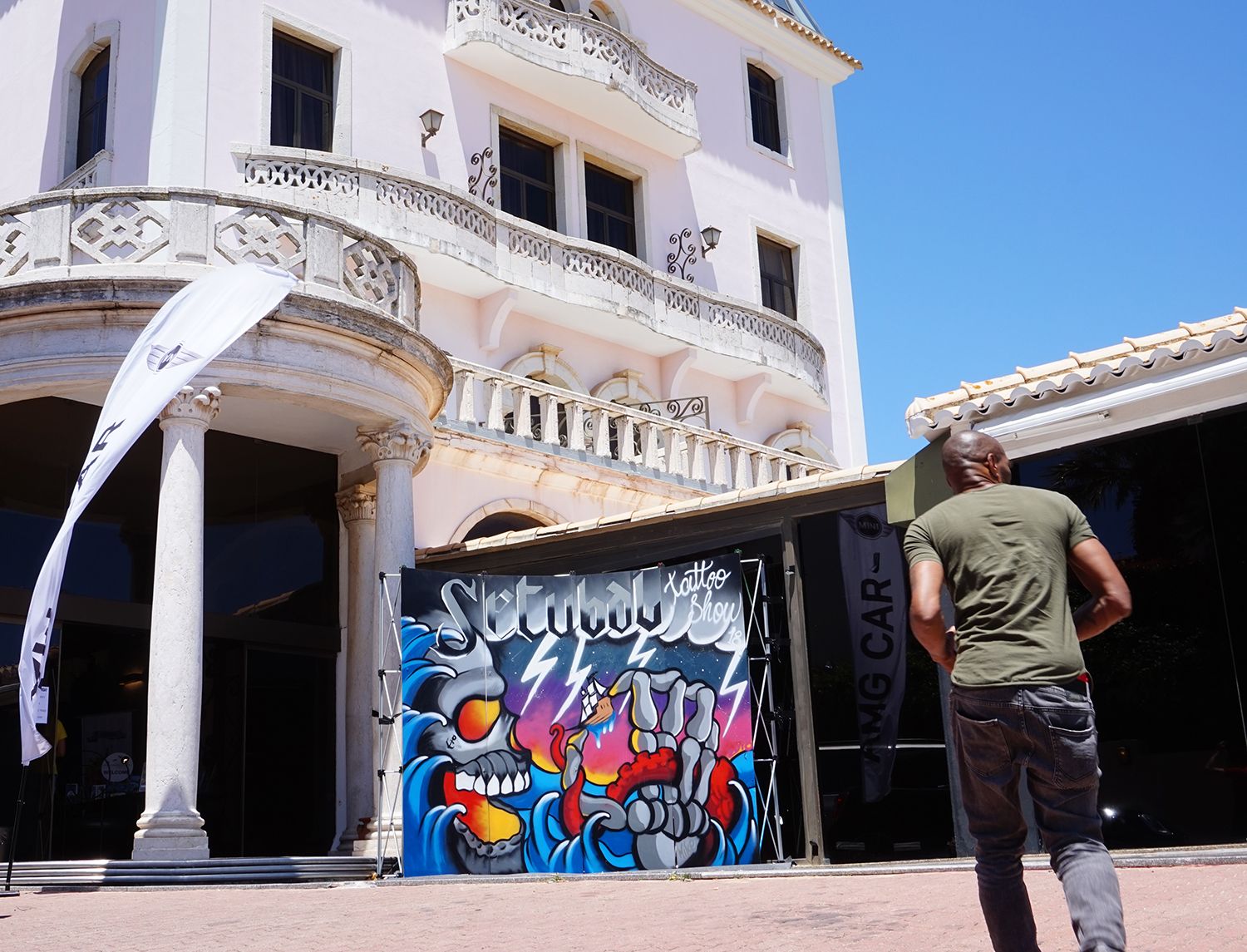 A mural created live at the event by Amilcar Sousa. 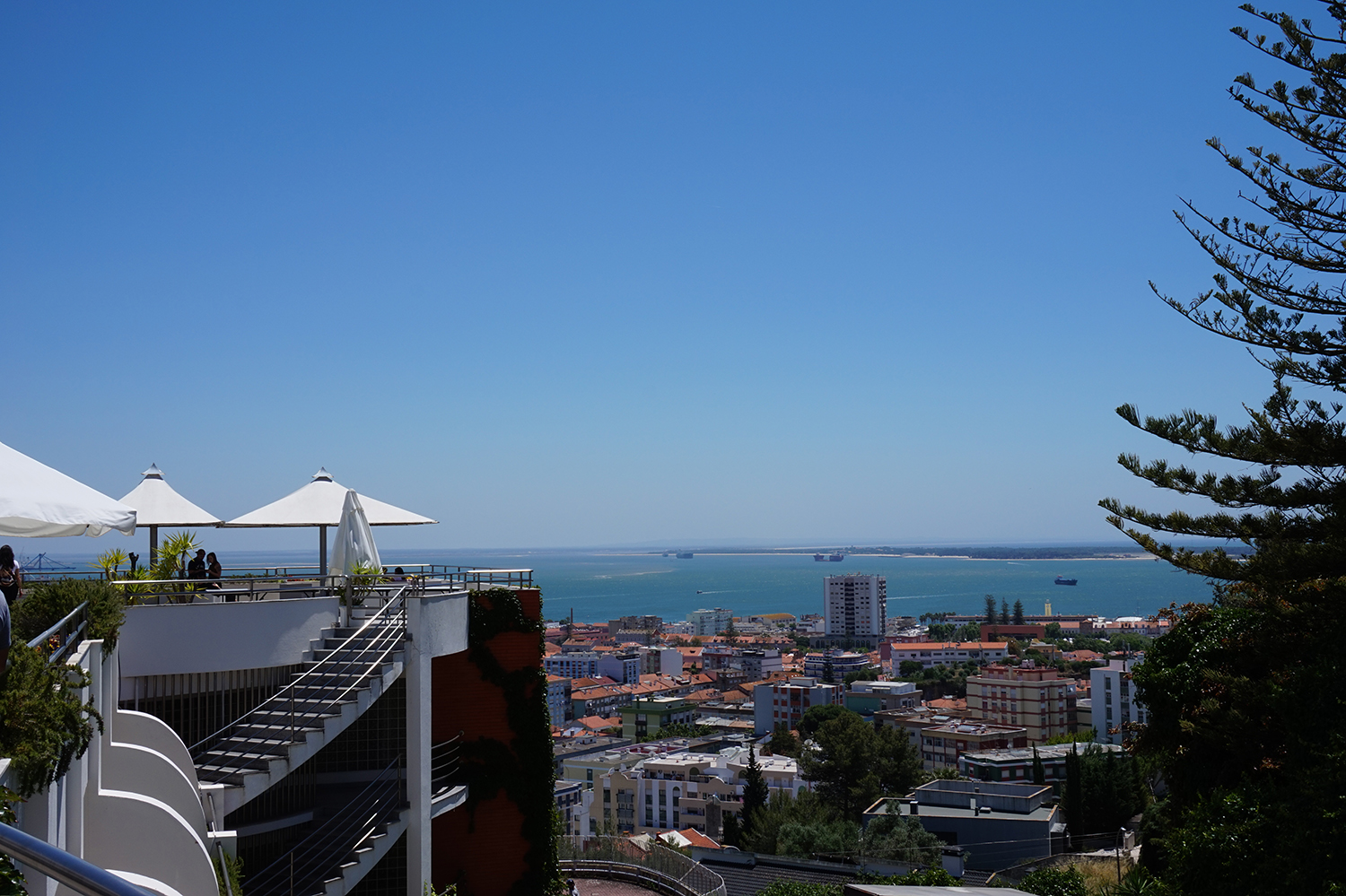 An amazing view from the Sado Hotel.