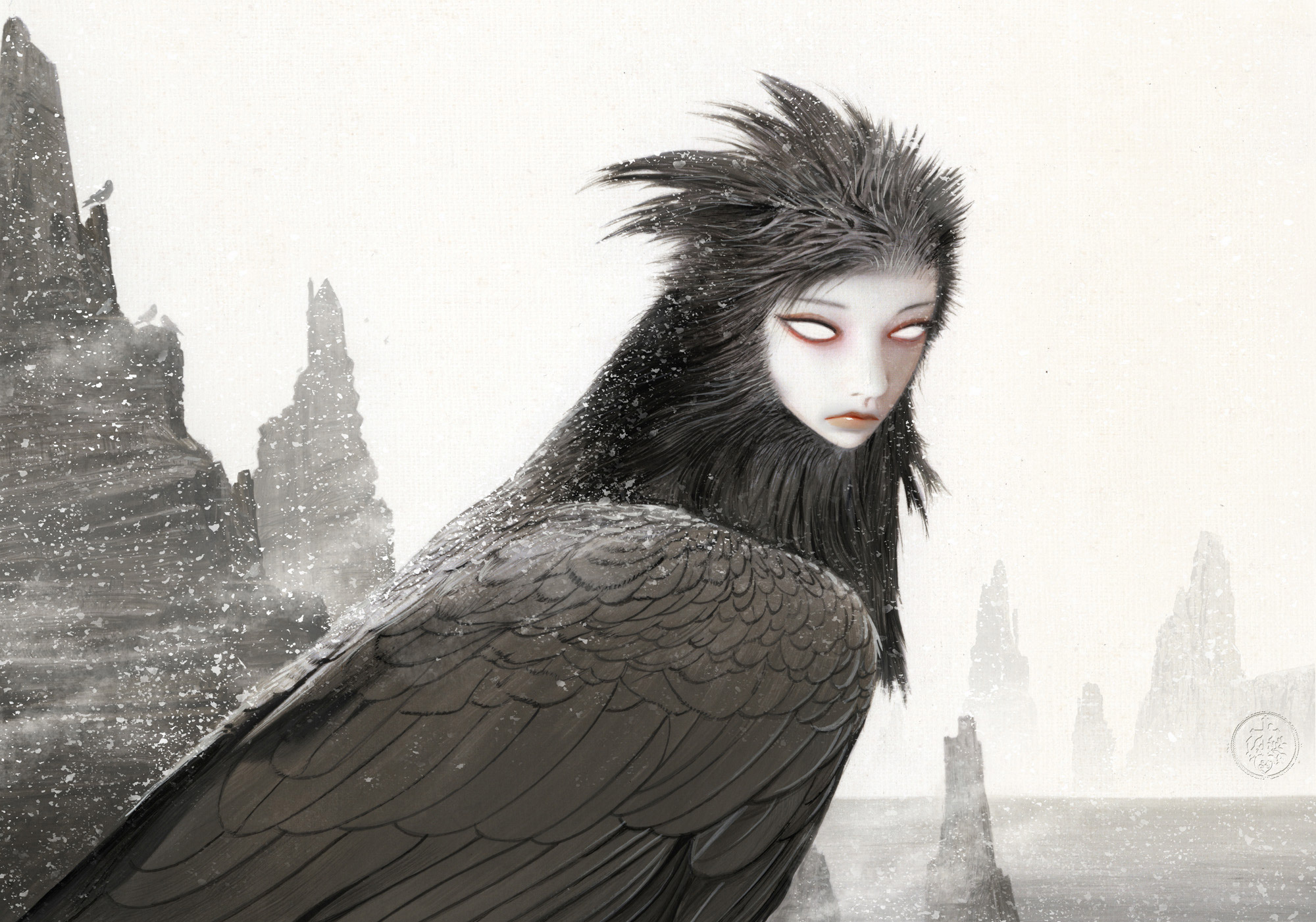 Bill Mayer is a well-known artist currently based in Decatur, Georgia, whose curious creatures have been widely featured on magazines, ads, stamps, posters, and more. Since an early age, Mayer has been attracted to things that are strange; this leaning towards oddity is evident in the selection of gouache paintings shown here, which includeÂ  anthropomorphic animals in Romantic-era garb or people fashionably hybridized with nature. While these characters carry a sense of loftiness about them, there is also some unease (e.g., harbinger crows) and playfulness (ruff-wearing possums). â€śI have always been attracted to that line between humor and horror,â€ť Mayer explained in an interview with WOW x WOW. Like visions from a dark dream, these earnest characters are sentient symbols embodying a vast range of emotional experiences. 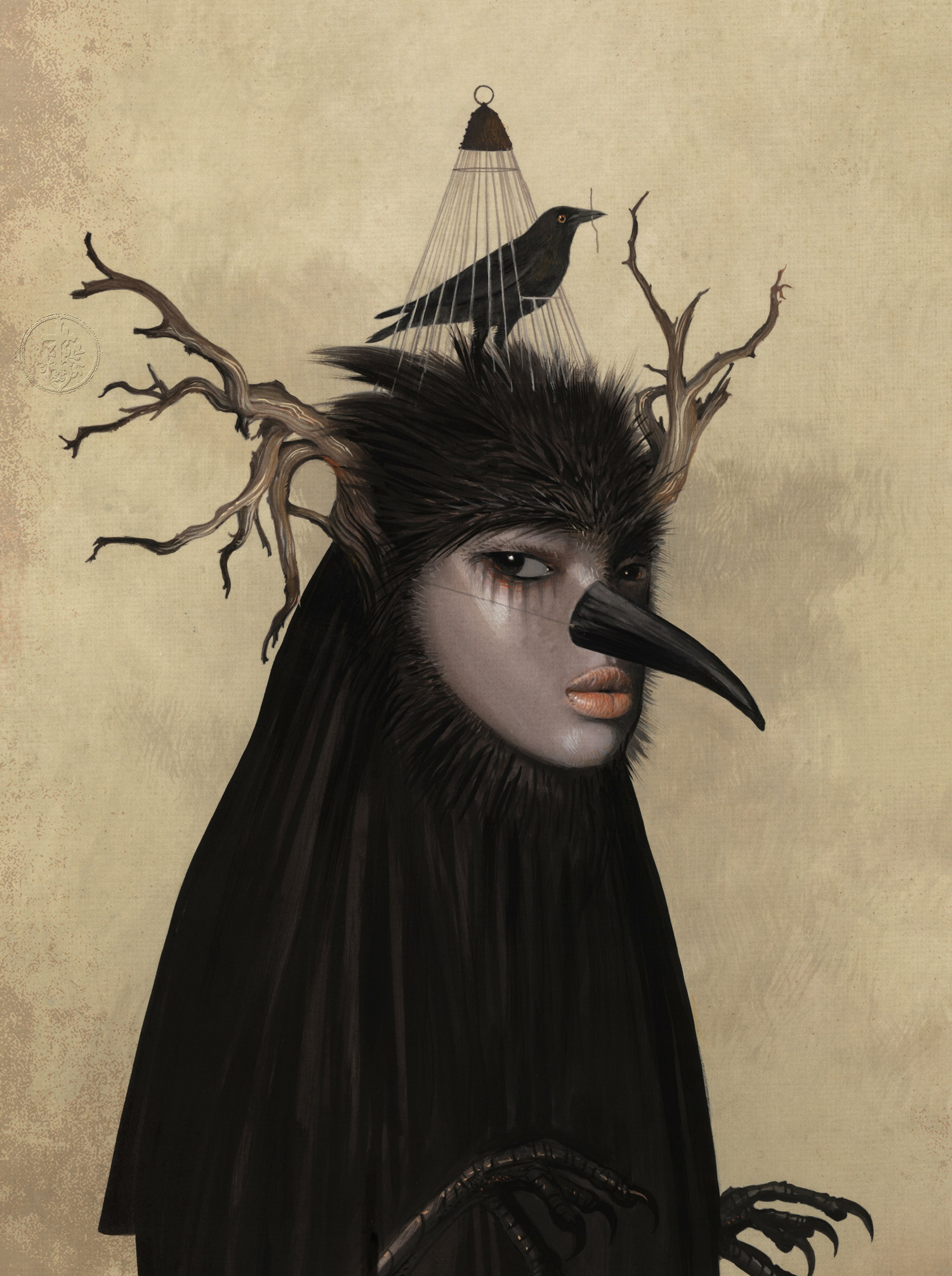 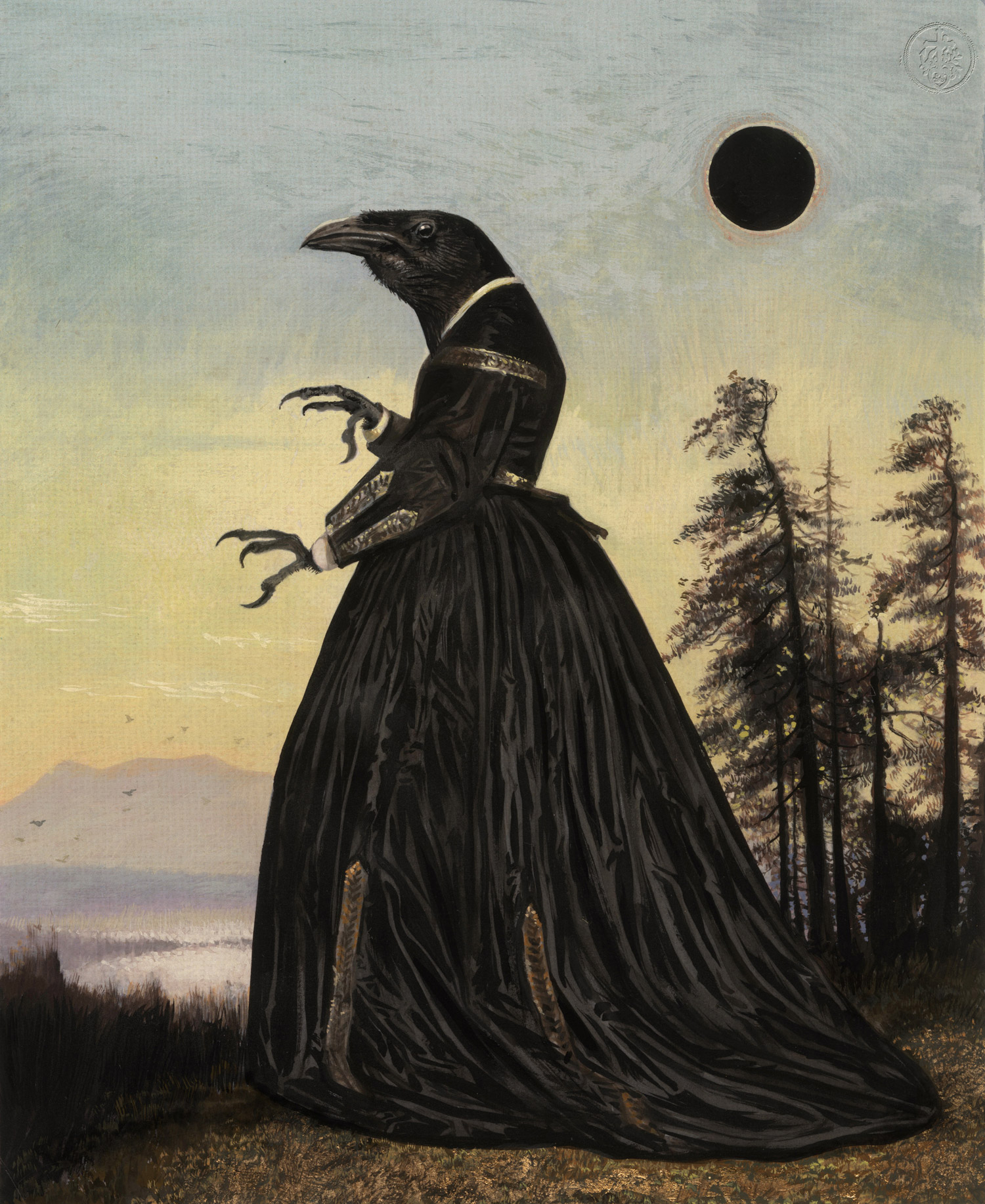 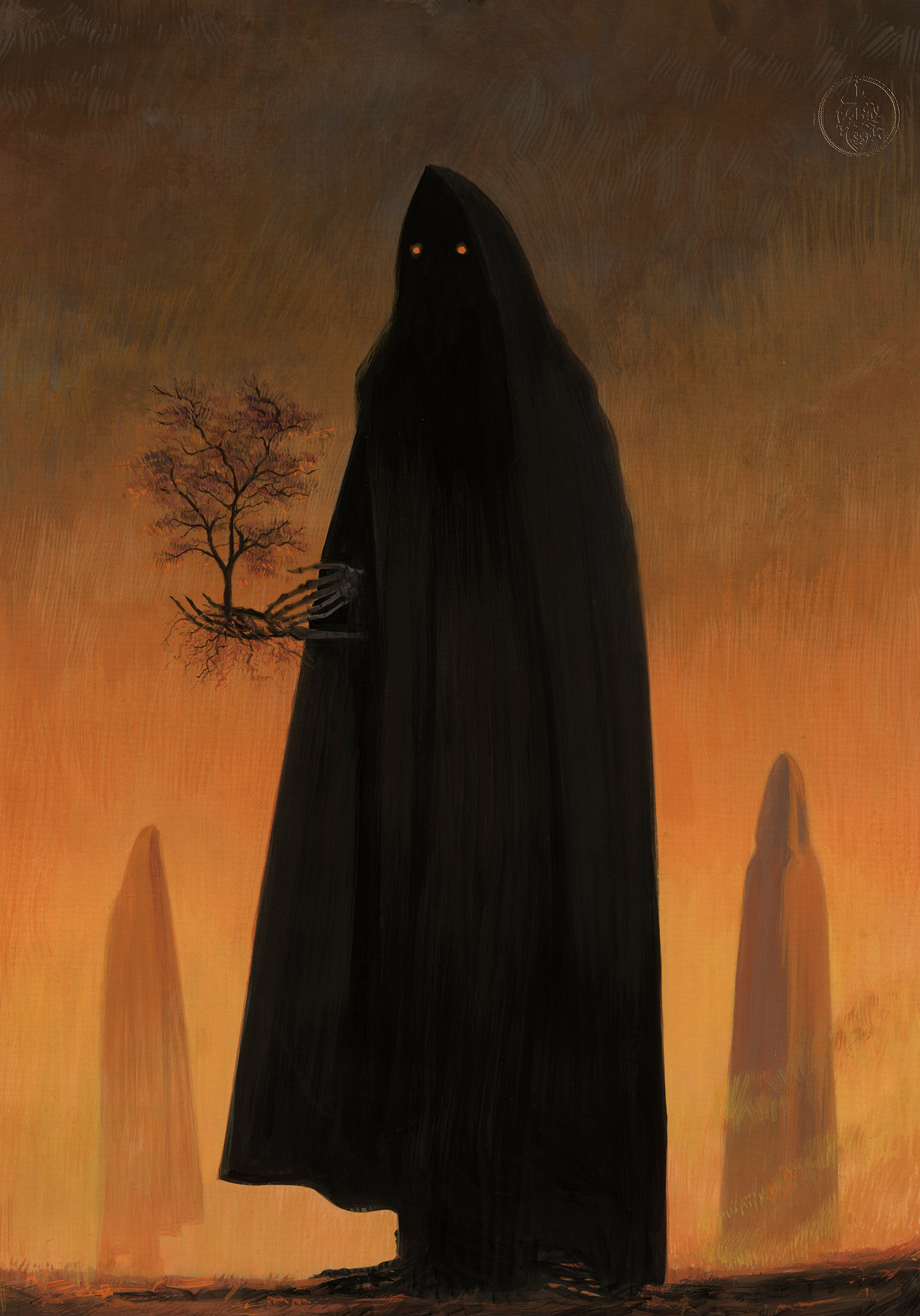 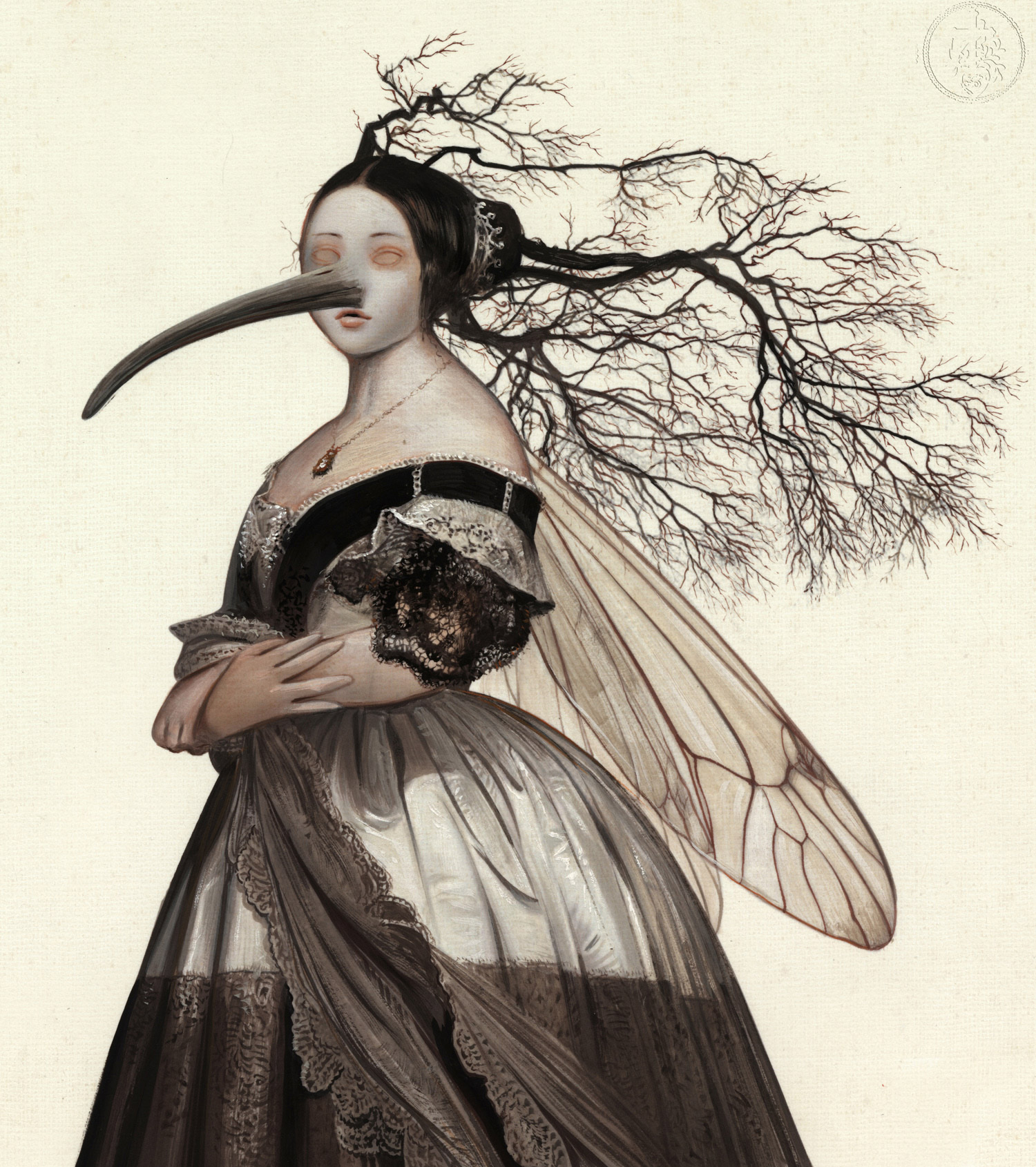 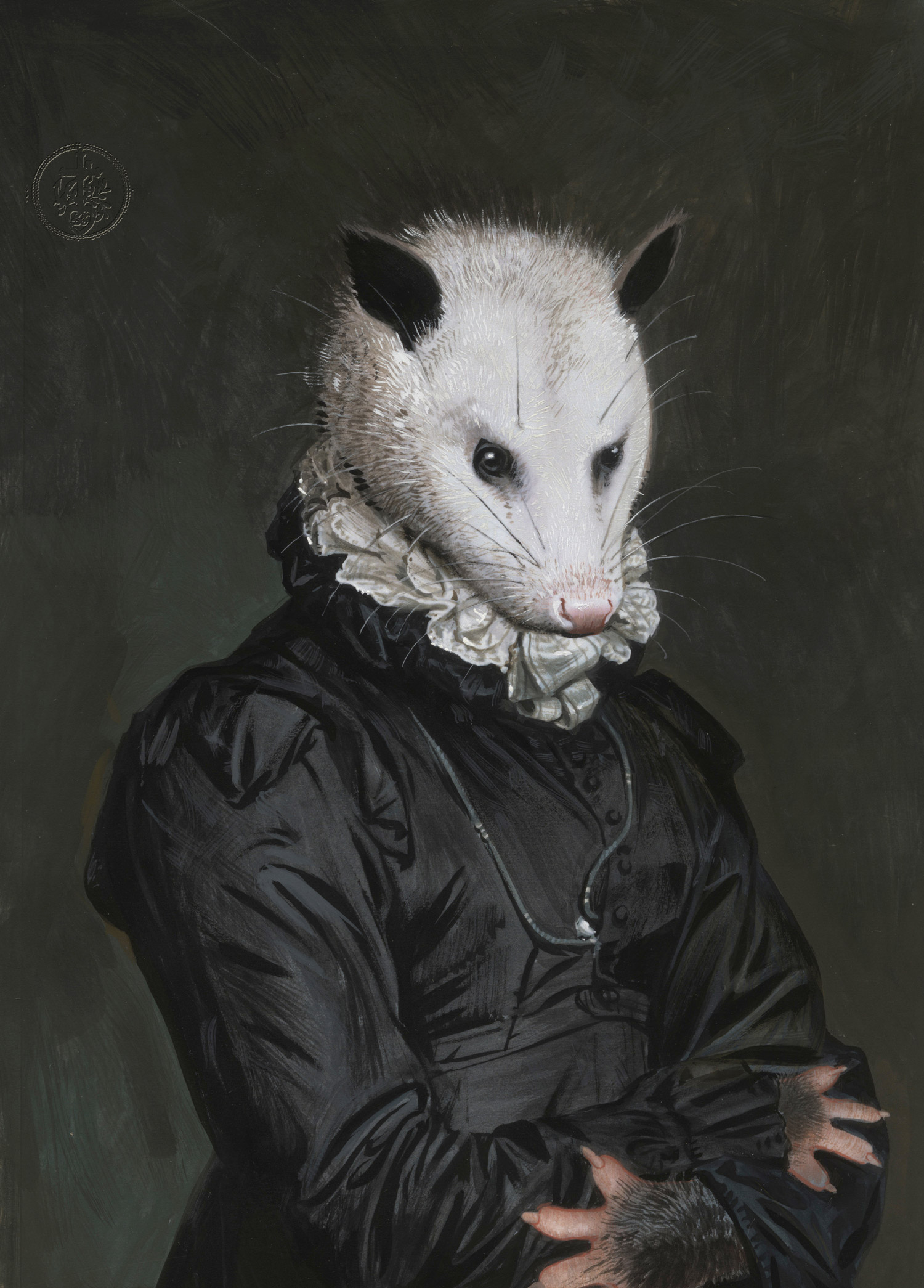 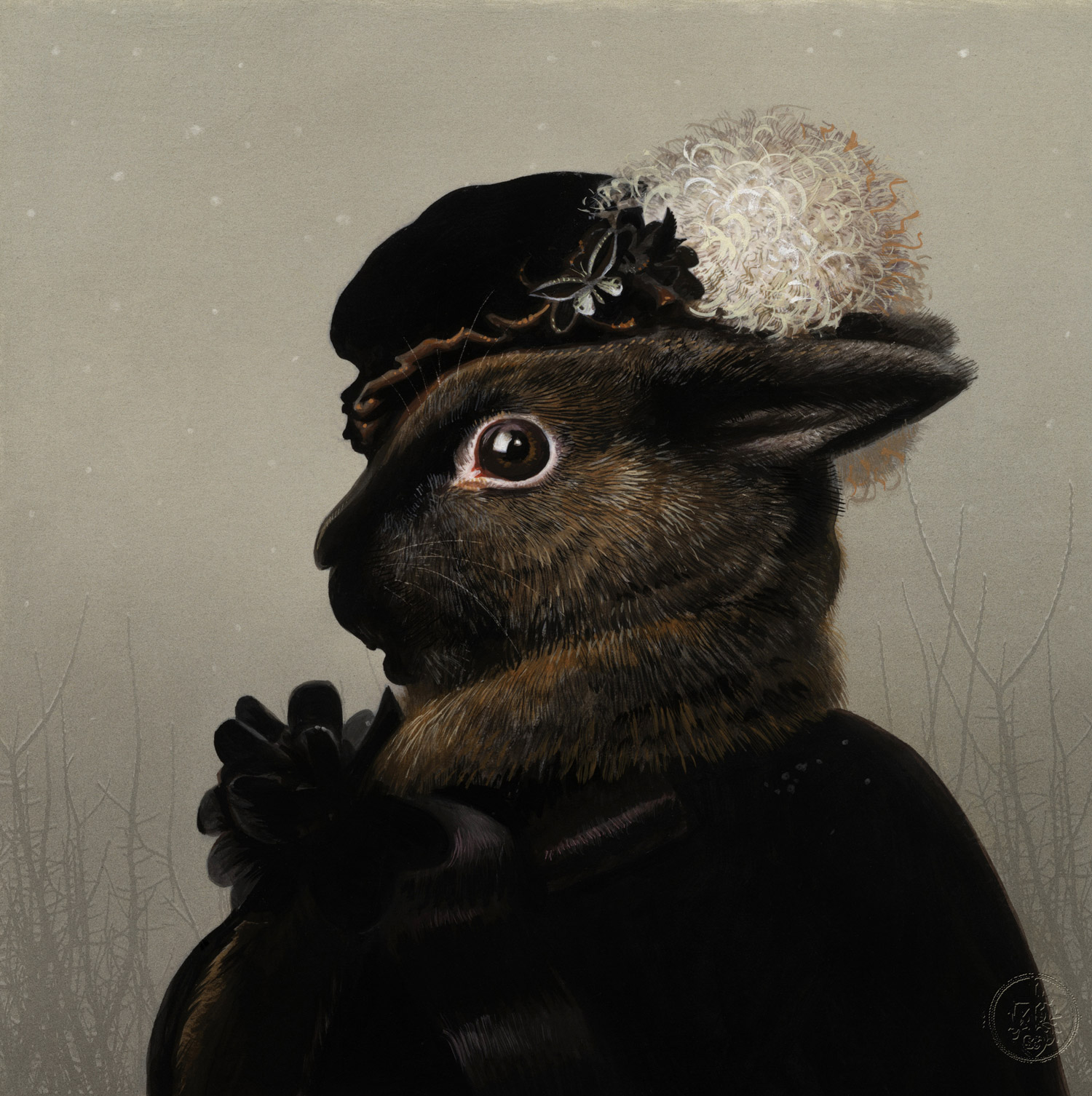 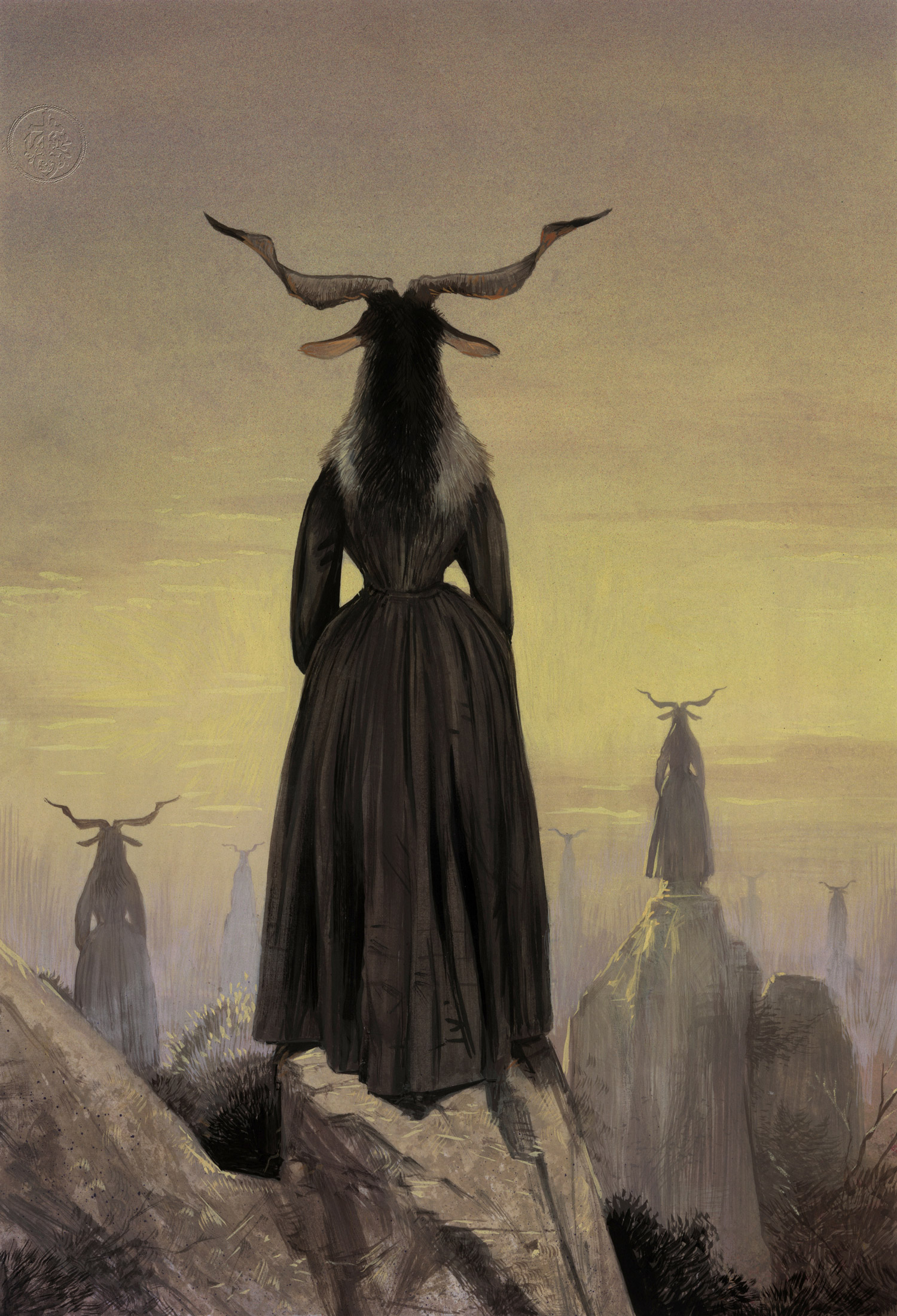 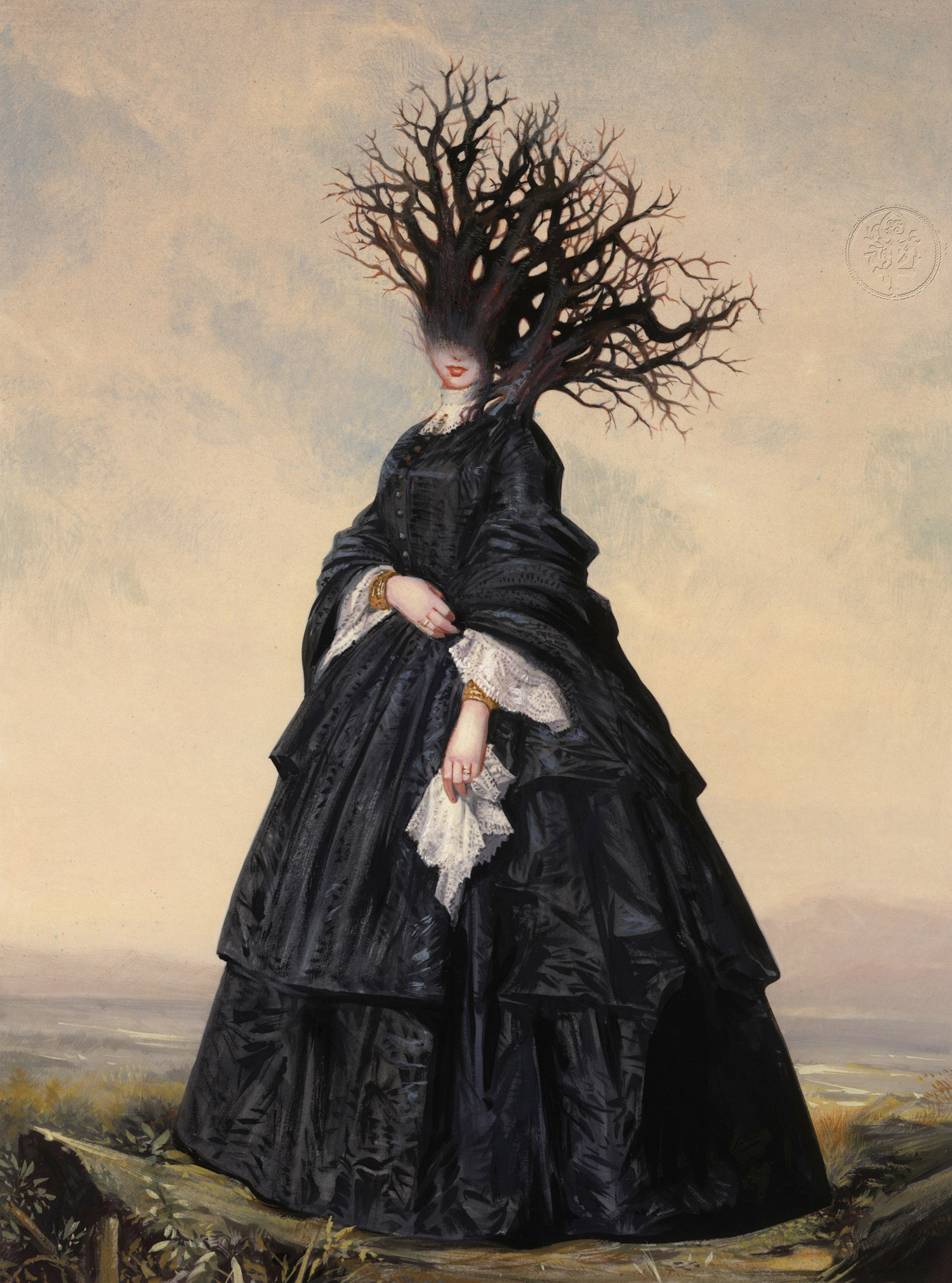