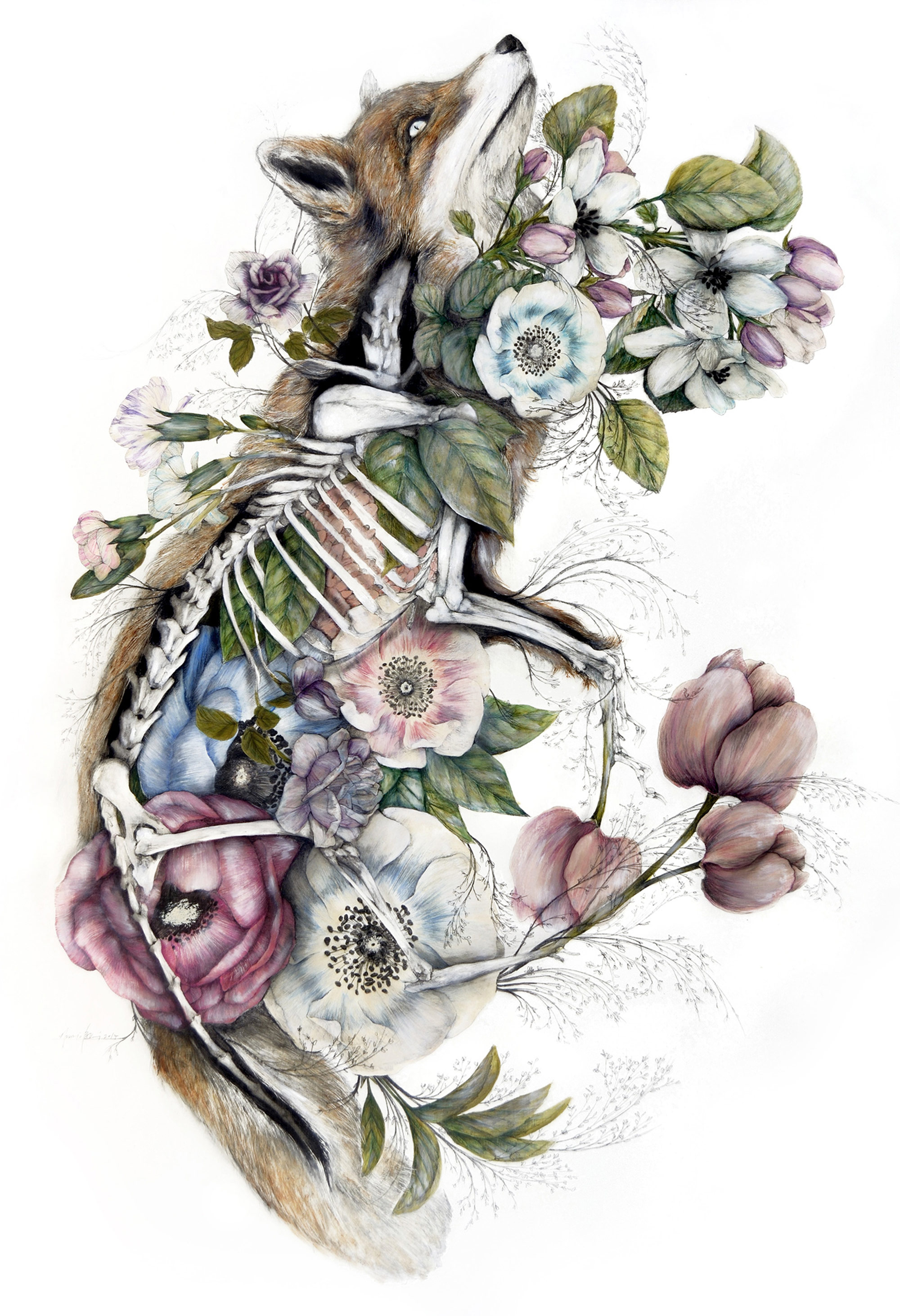 Nunzio Paci is Bologna-based painter and illustrator known for his philosophic re-imaginings of anatomical studies. Themes of death, rebirth, and the undefinable boundaries of the body and spirit have followed him throughout his work. Whereas his older paintings (featured here) explored life as it bloomed from human cadavers, his newer works shift the focus to the animal body. Titled “Mimesis,” this series is interested in the process of evolutionary mimicryâ€”that is, how organisms copy each other to maximize their survival potential. What Paci is most interested in is the way these organisms co-evolve to the point where their identities merge; as Kara de Guzman eloquently explains, “If evolutionary mimicry is a defense against predators, the ultimate mimicry of one entirely becoming another is a defense against the totality of the outside world, an attempt to disappear into the other so fully as to render oneself invisible; to enter, in [Paci’s] words, ‘a refuge where boundaries cannot be crossed.'” See more on Paci’s website and Instagram. 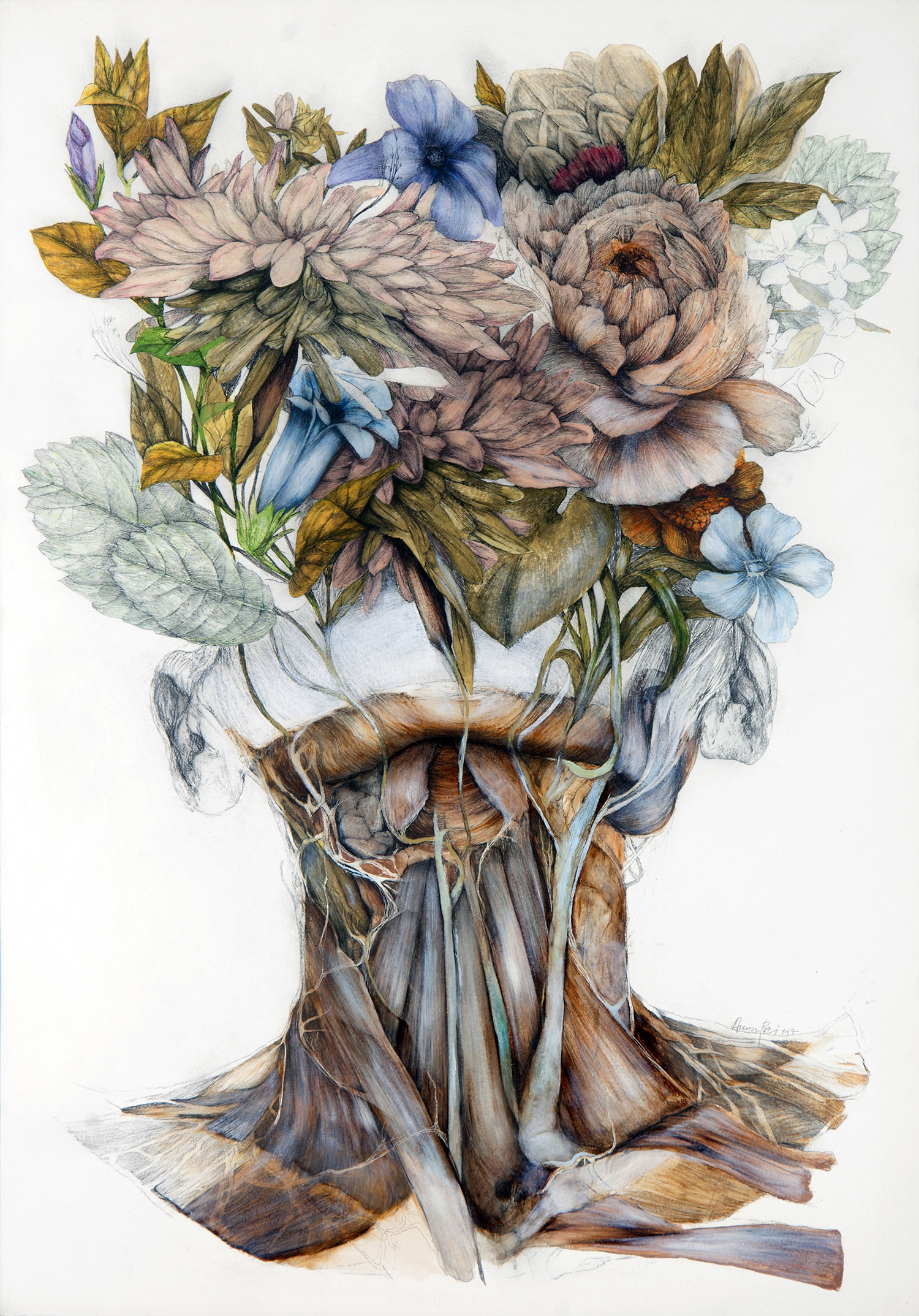 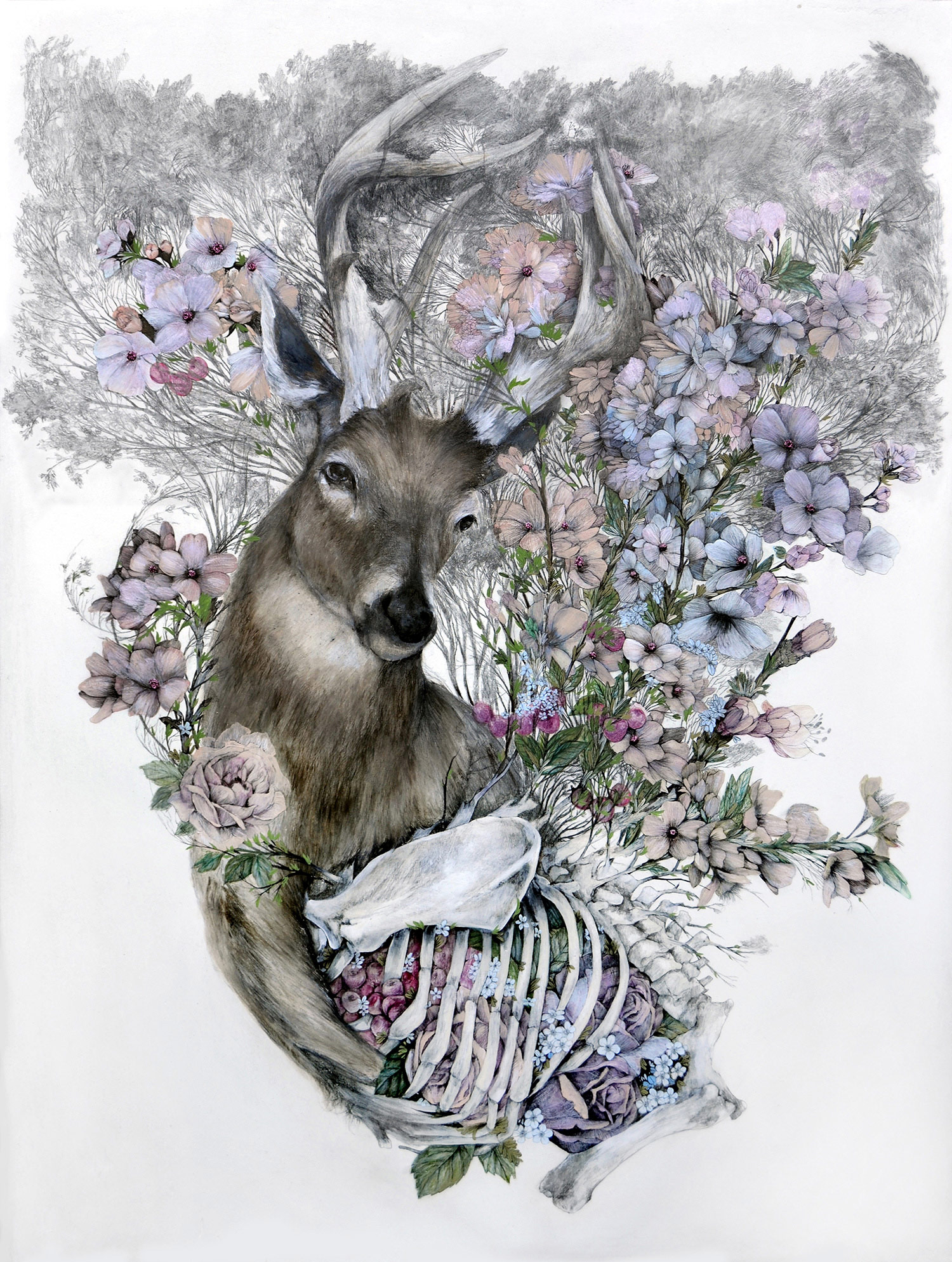 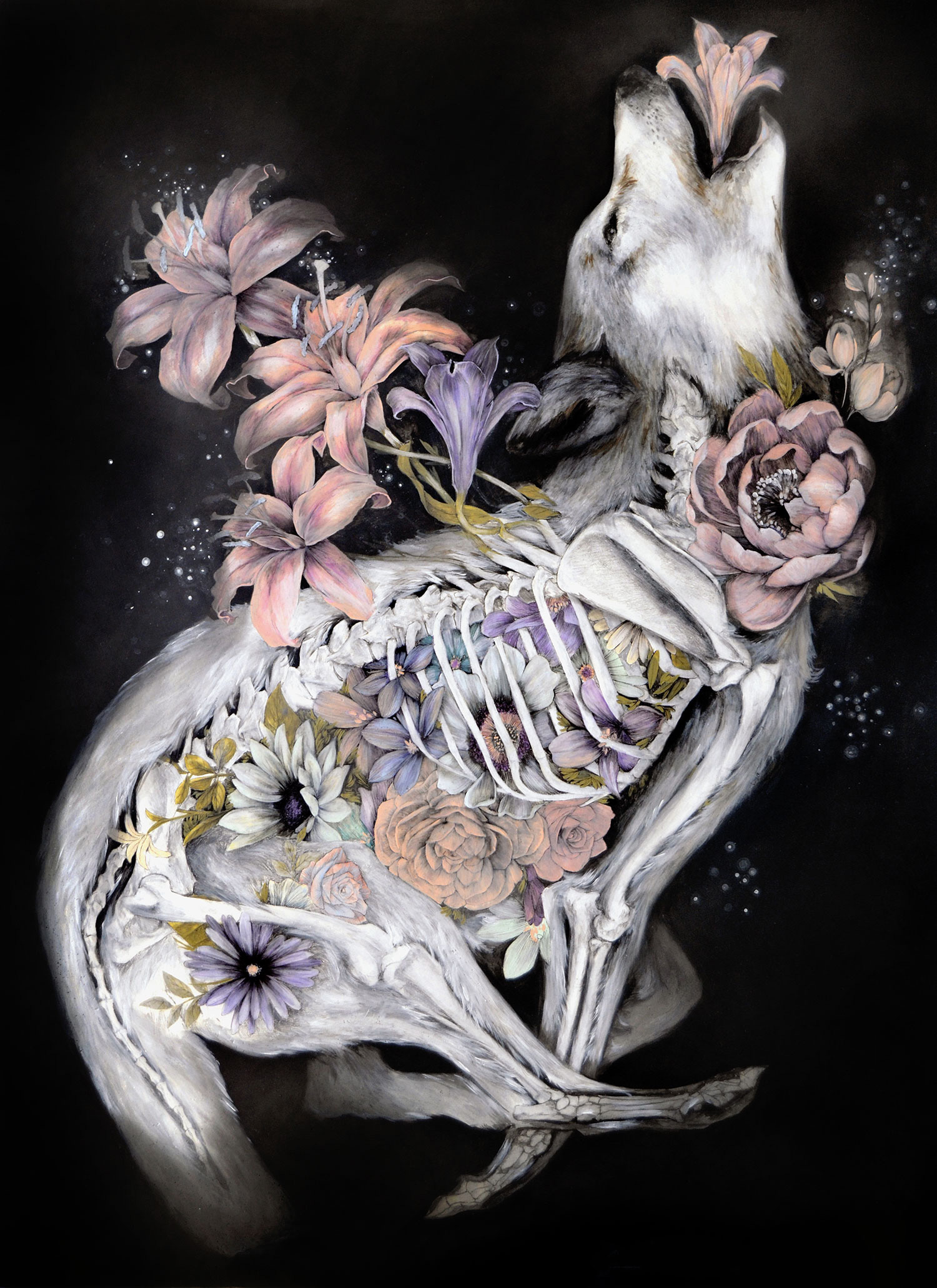 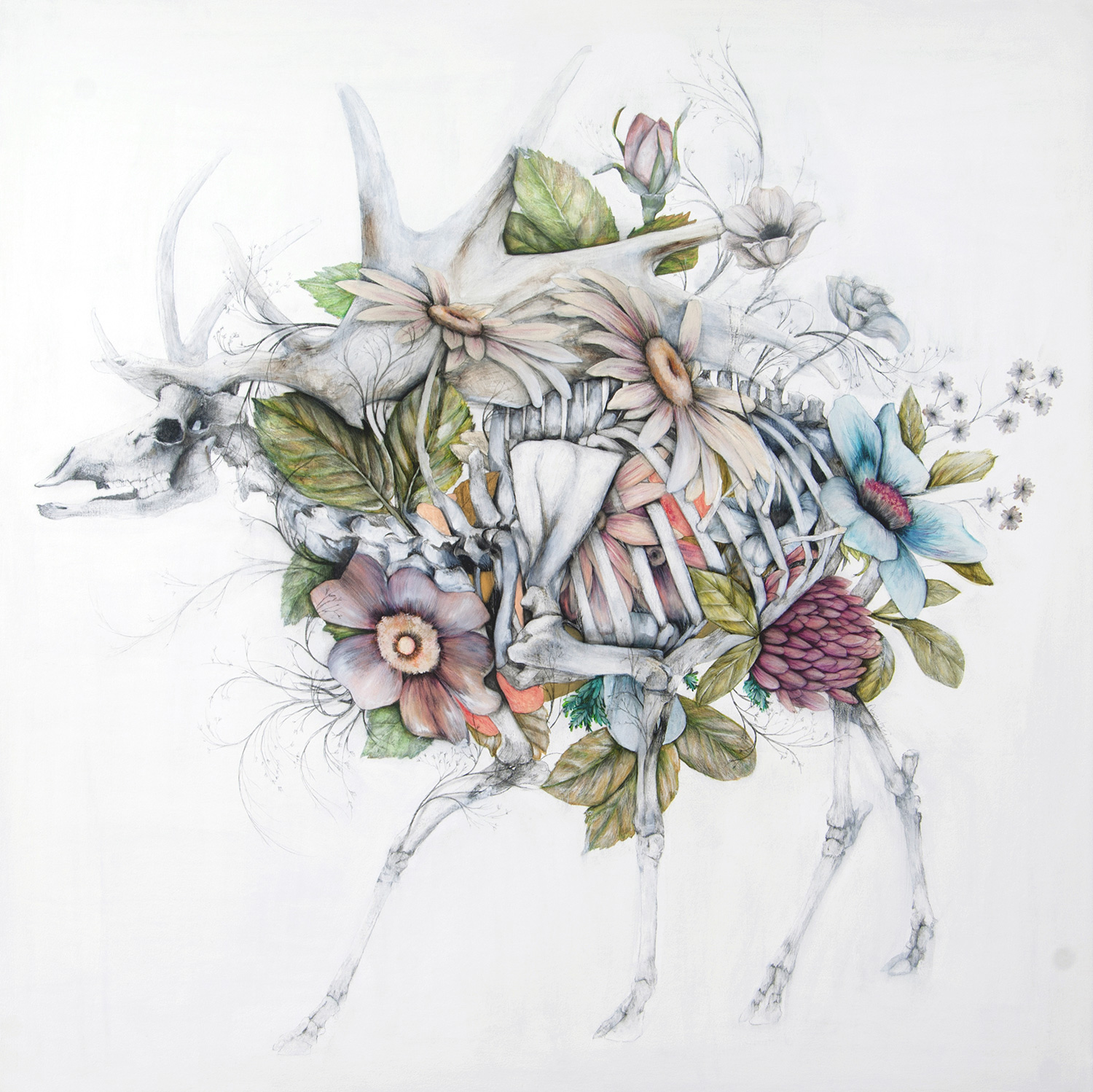 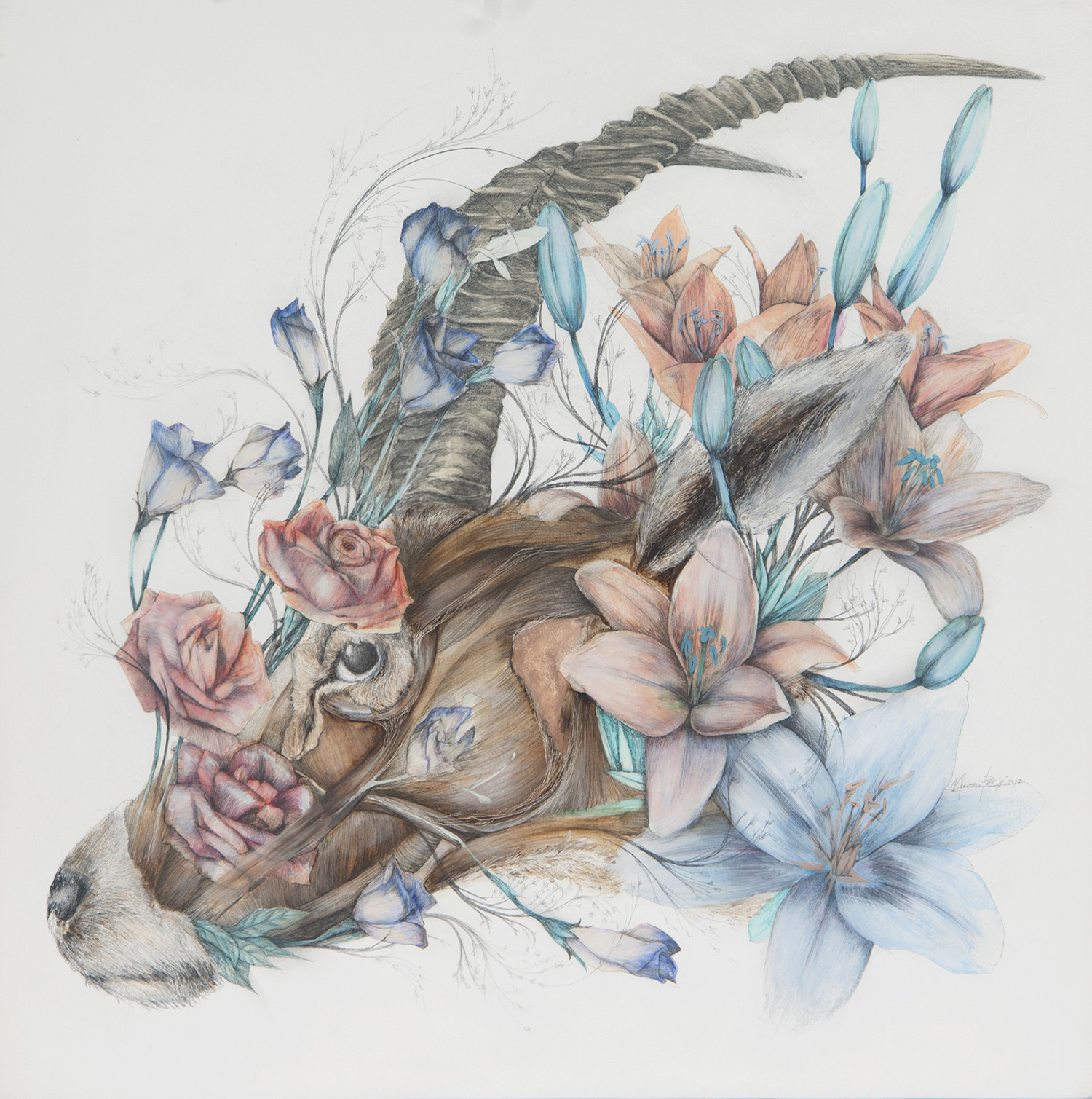 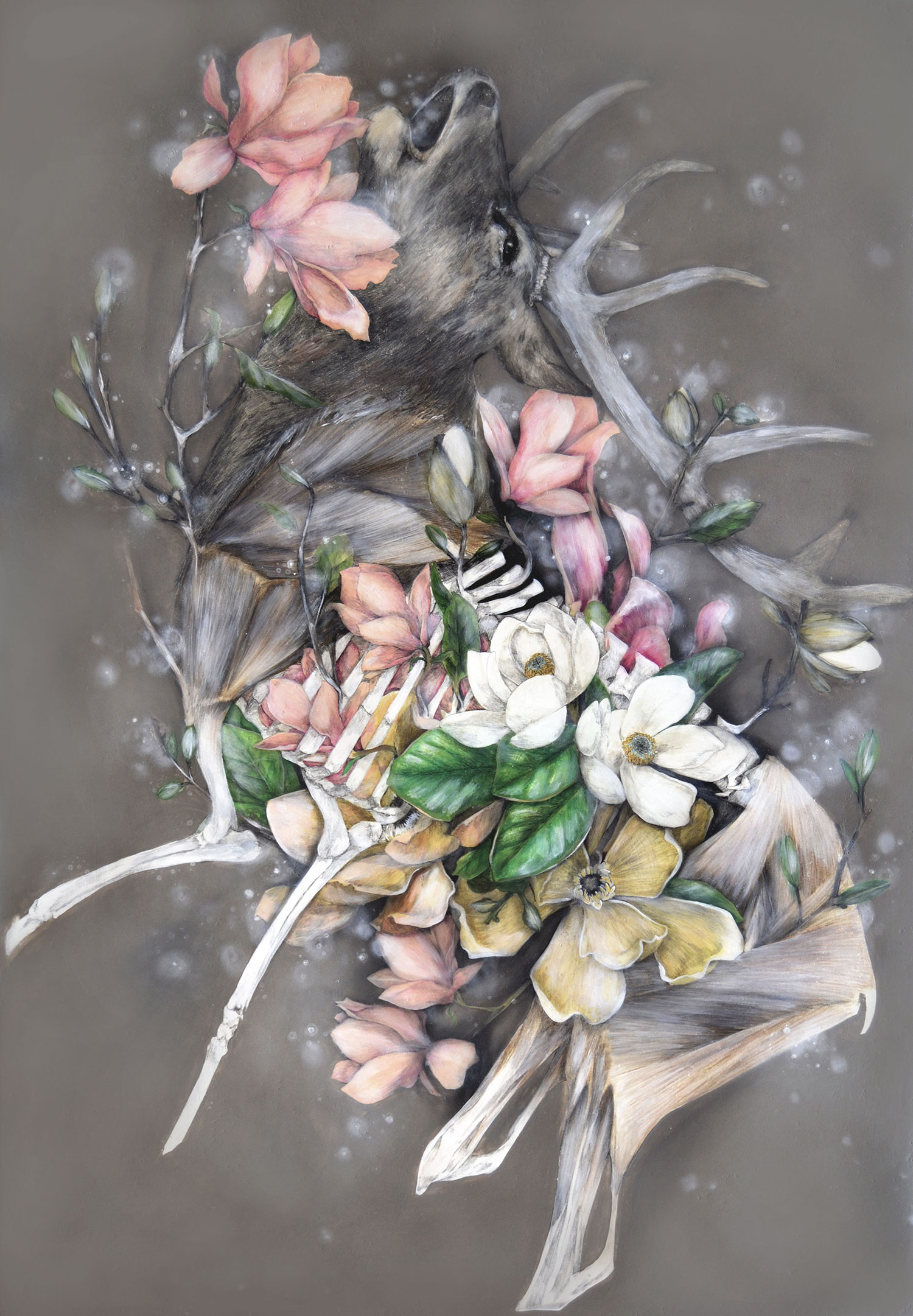 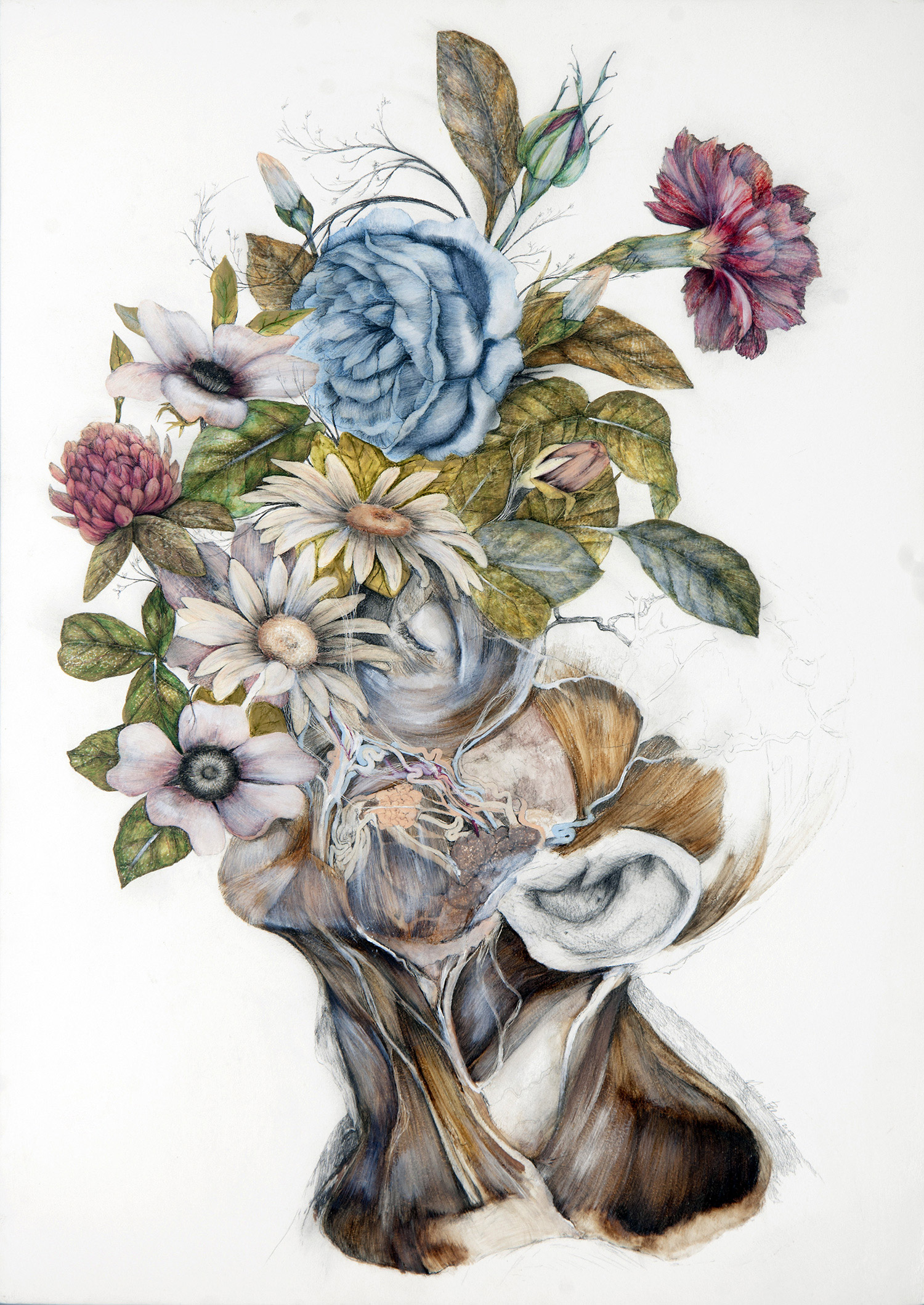 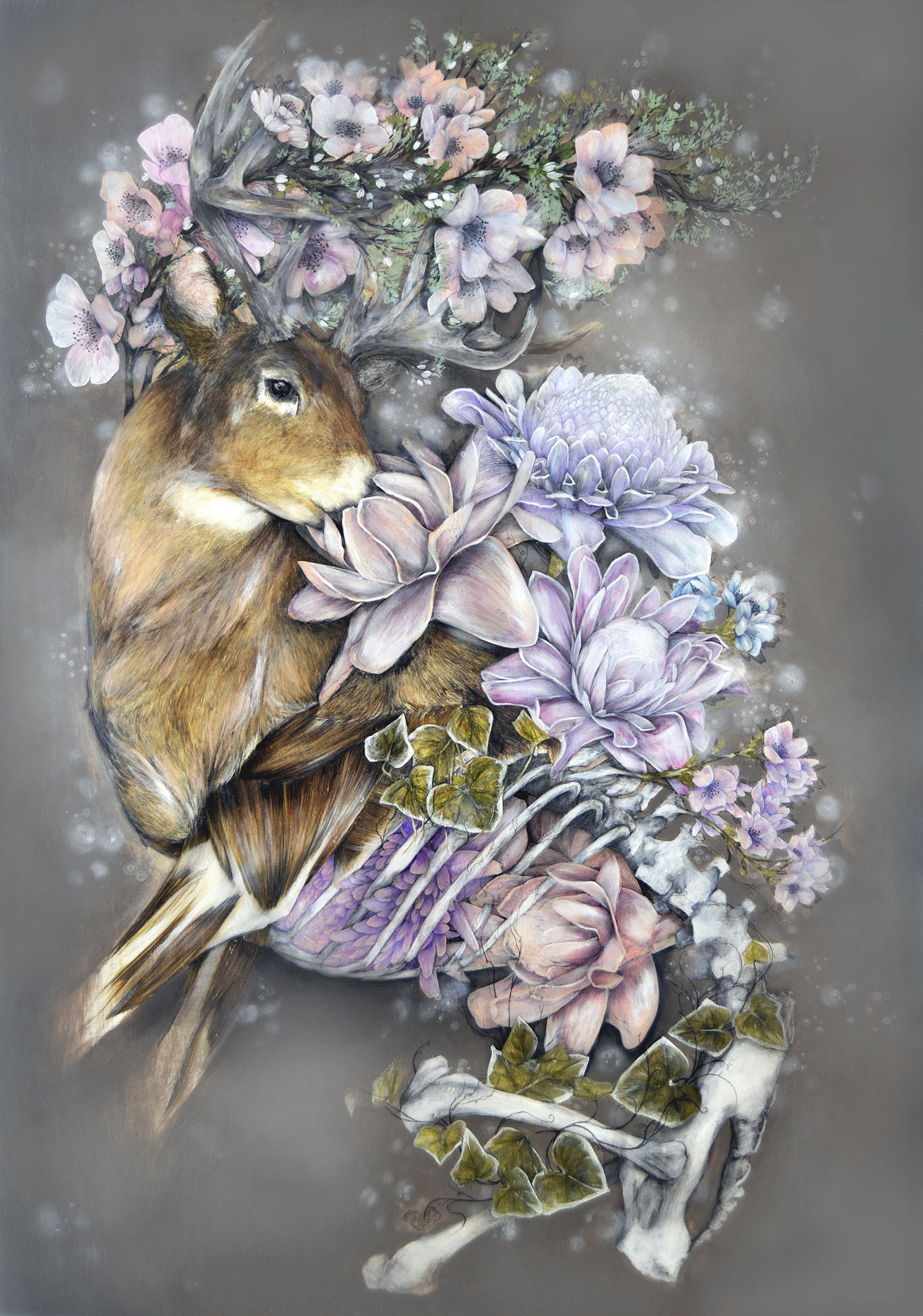 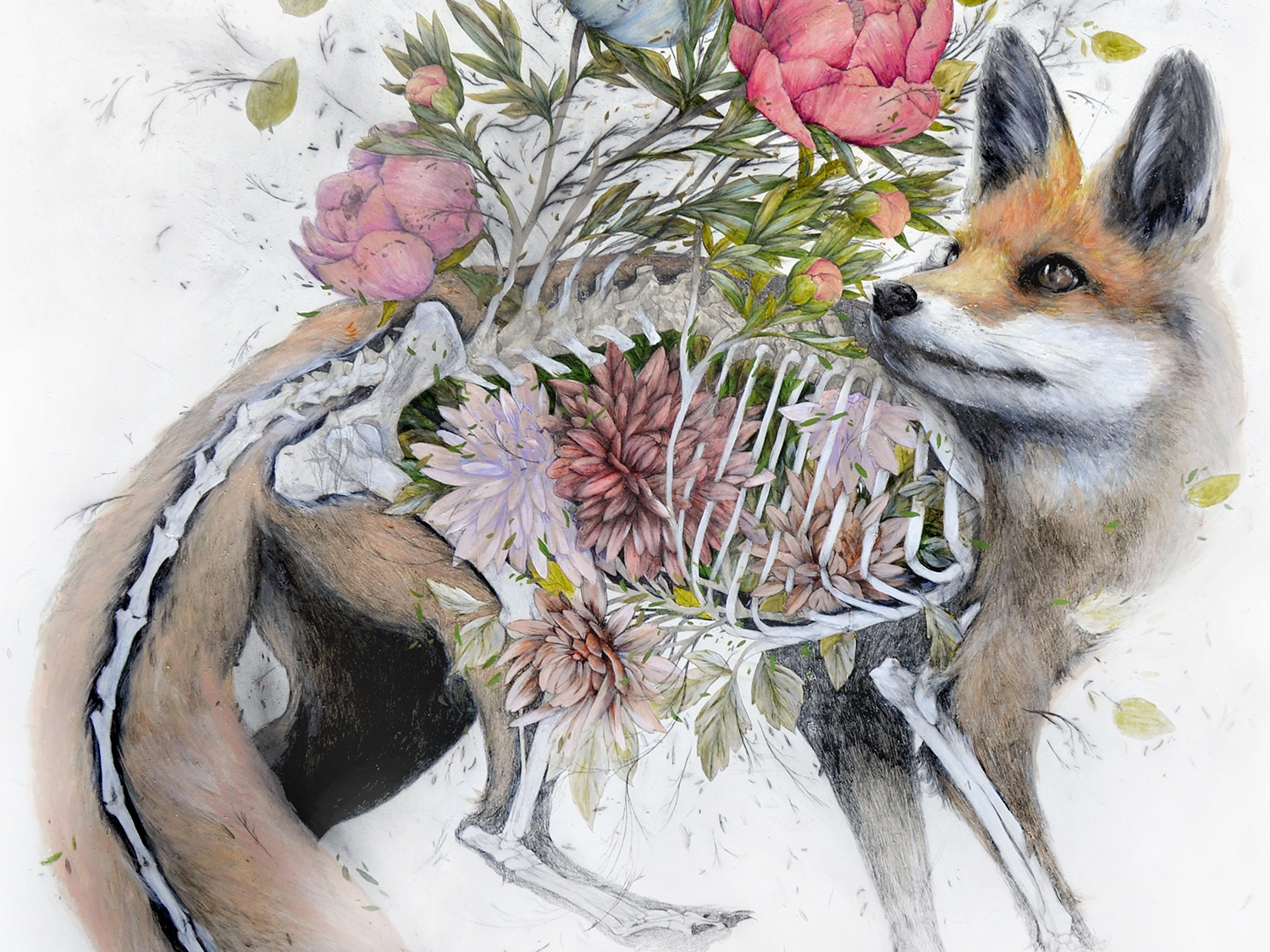