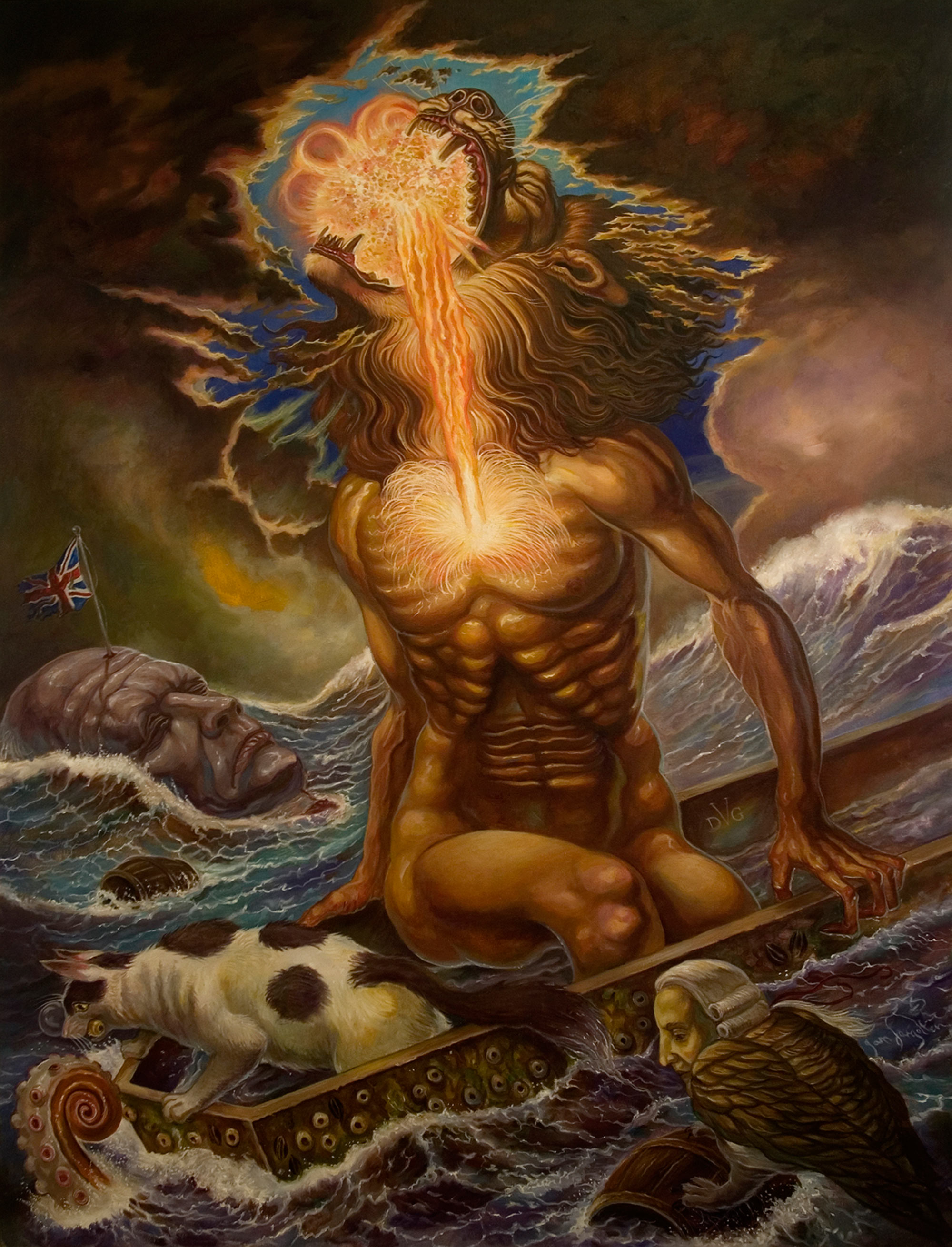 I invite you to lose yourself in the hallucinatory nightmare-worlds of David Van Gough; between the fire-spewing man-lion and the devil wearing an American combat uniform, it’s entirely possible to stumble across an esoteric symbol or two (or three, or ten). Hailing from Liverpool, Van Gough is a self-proclaimed “Necrorealist” (emerging out of Leningrad in the late 1980s, Necrorealism was an art movement that signified the end of Socialist ideologies by personifying them as the “exquisite corpse”). Like personal momento mori, Van Gough’s work meditates on the transience of life by melding together the influences of his youth, which he lists as “horror comics, 70s occultism, electronica, and Catholic guilt.” His paintings are complex, for where there is kitsch and playfulness, there is also discomfort and violence, together gesturing towards an inevitable end for the bodies and cultural eras they depict. “My work sits on the banks of a certain transformative ideology, but it’s shaded by the cold harsh realities of the carcass left behind,” he wrote in an artist’s statement provided to me. “It’s not pretty, and it certainly isn’t for everyone’s tastes, but it isn’t nihilistic because it seeks to excavate some spiritual illumination from darkness.” 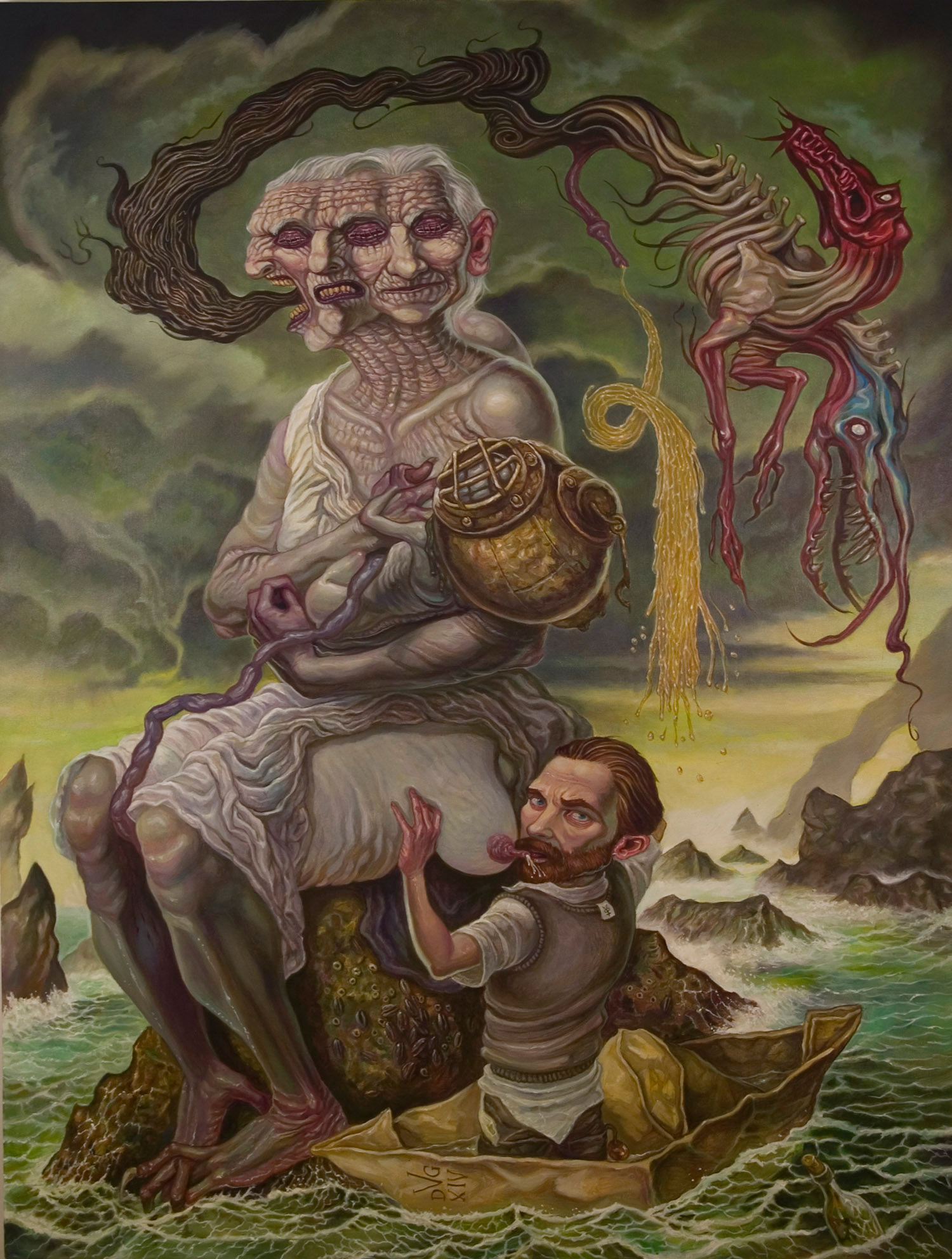 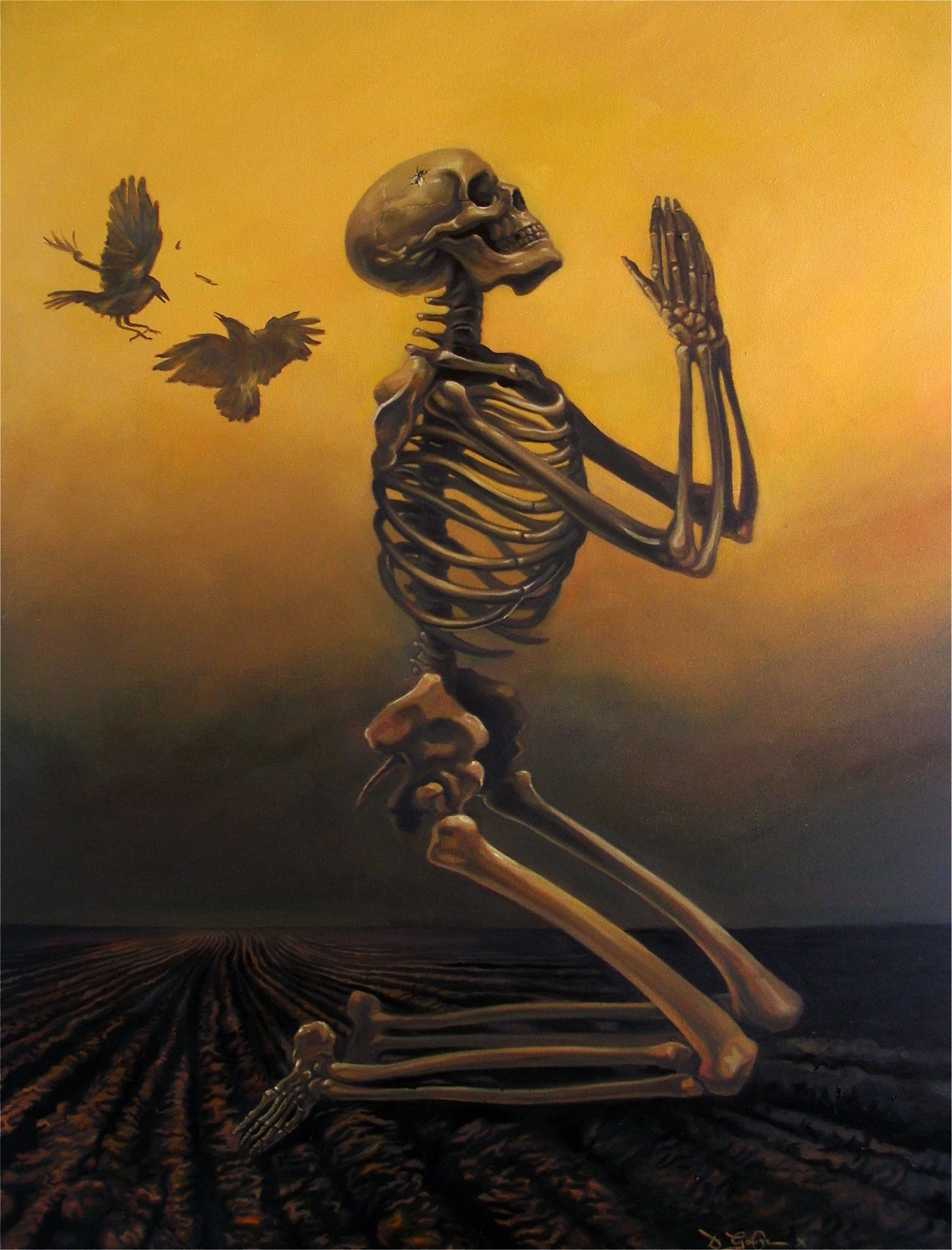 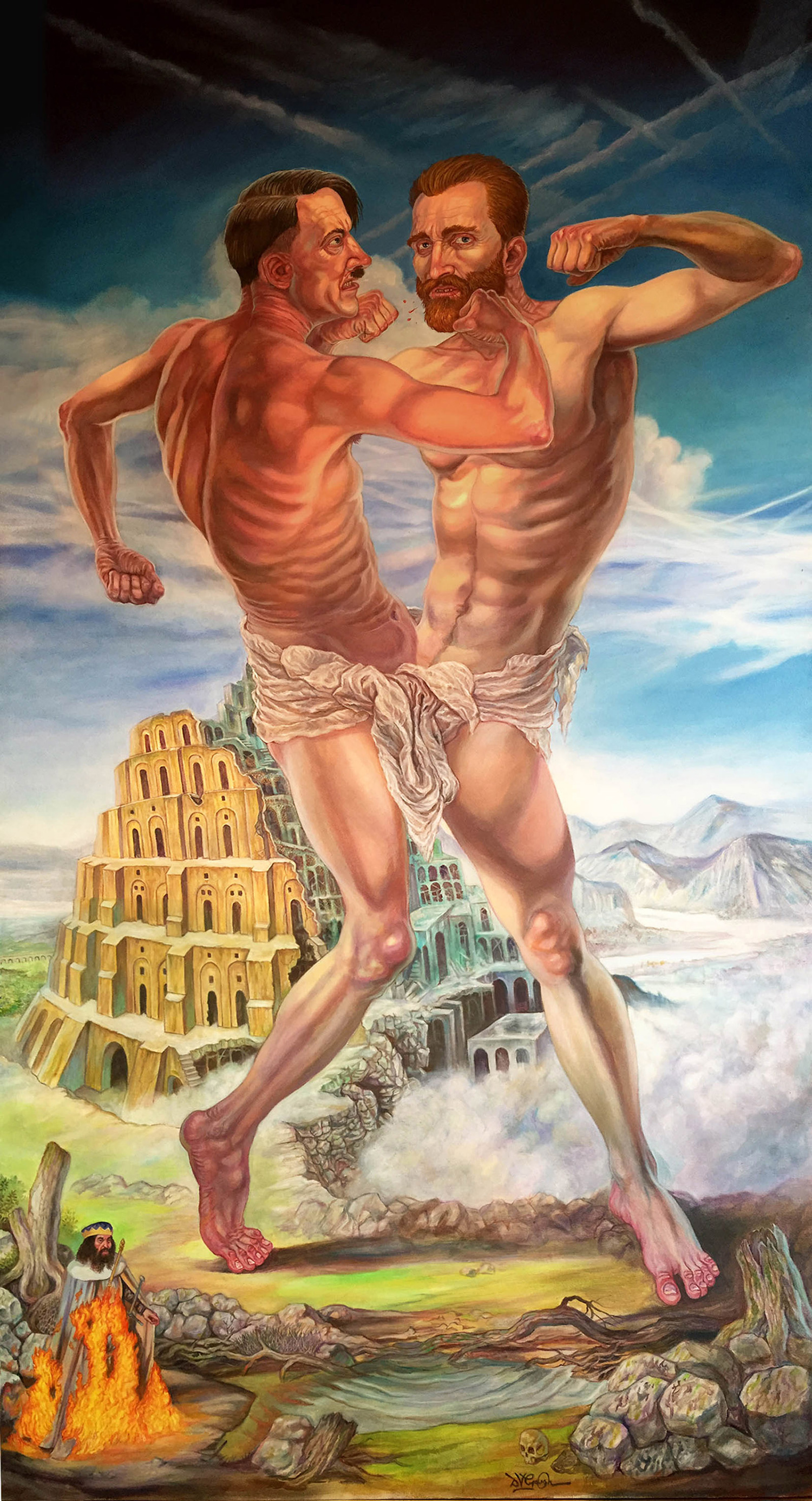 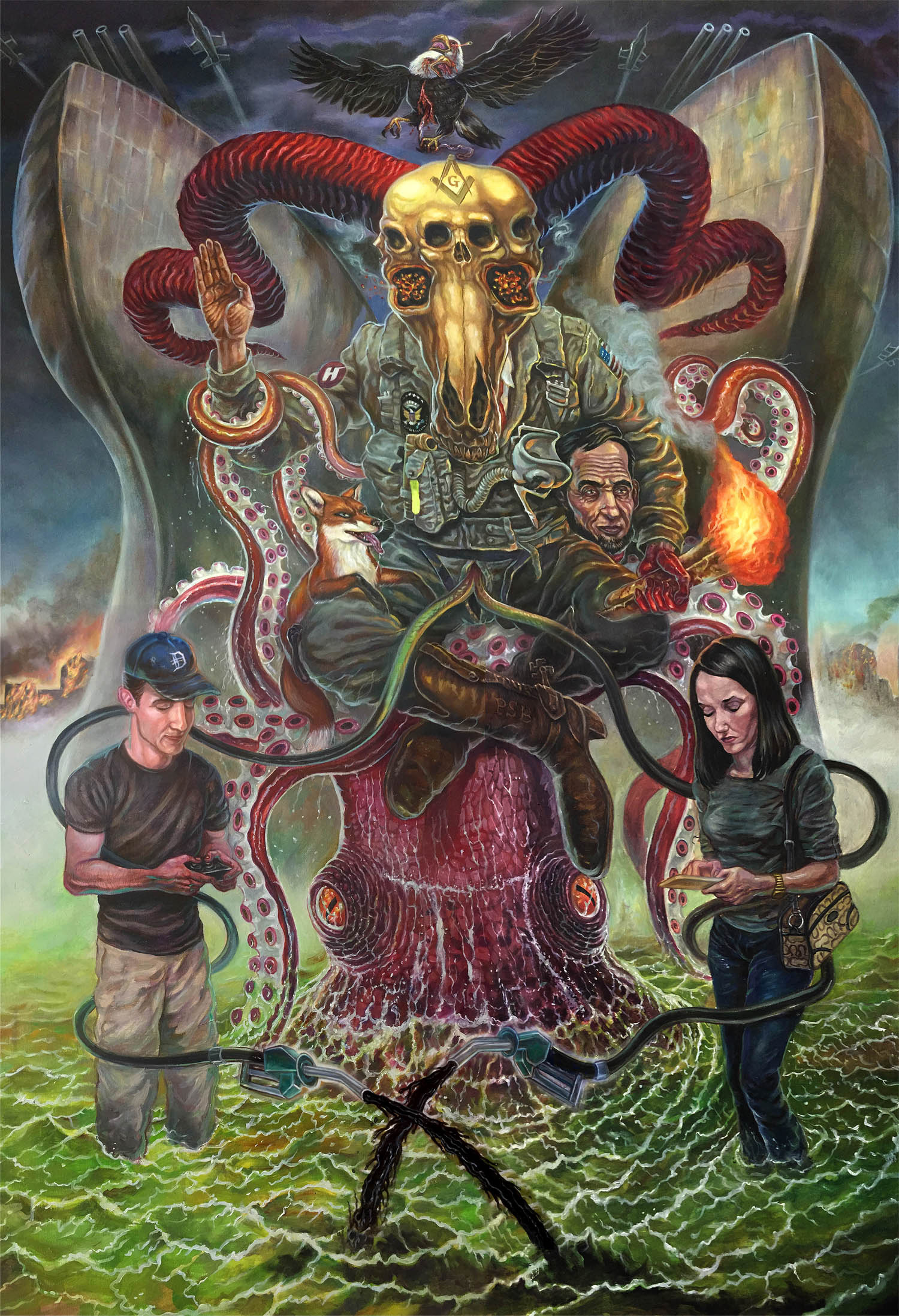 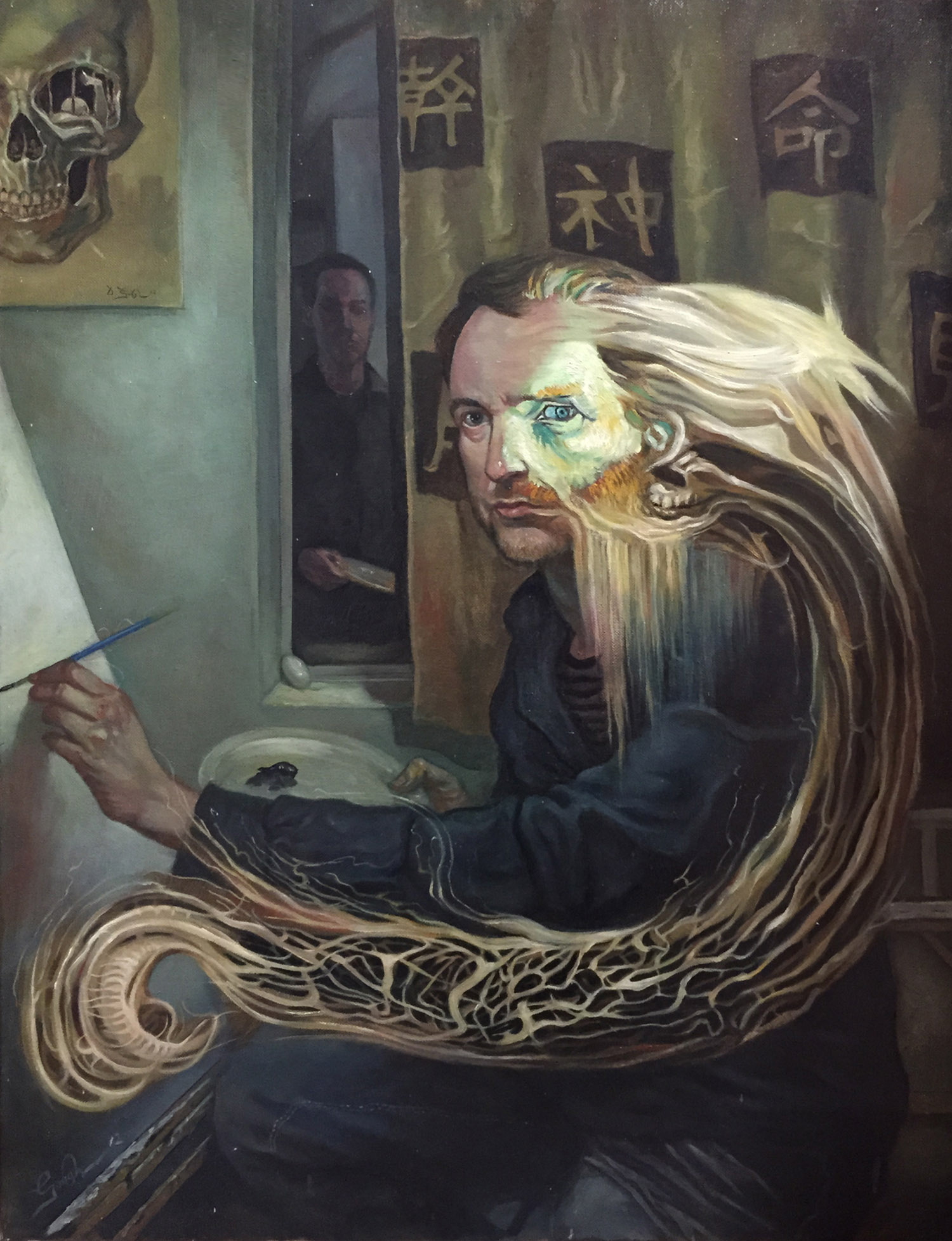