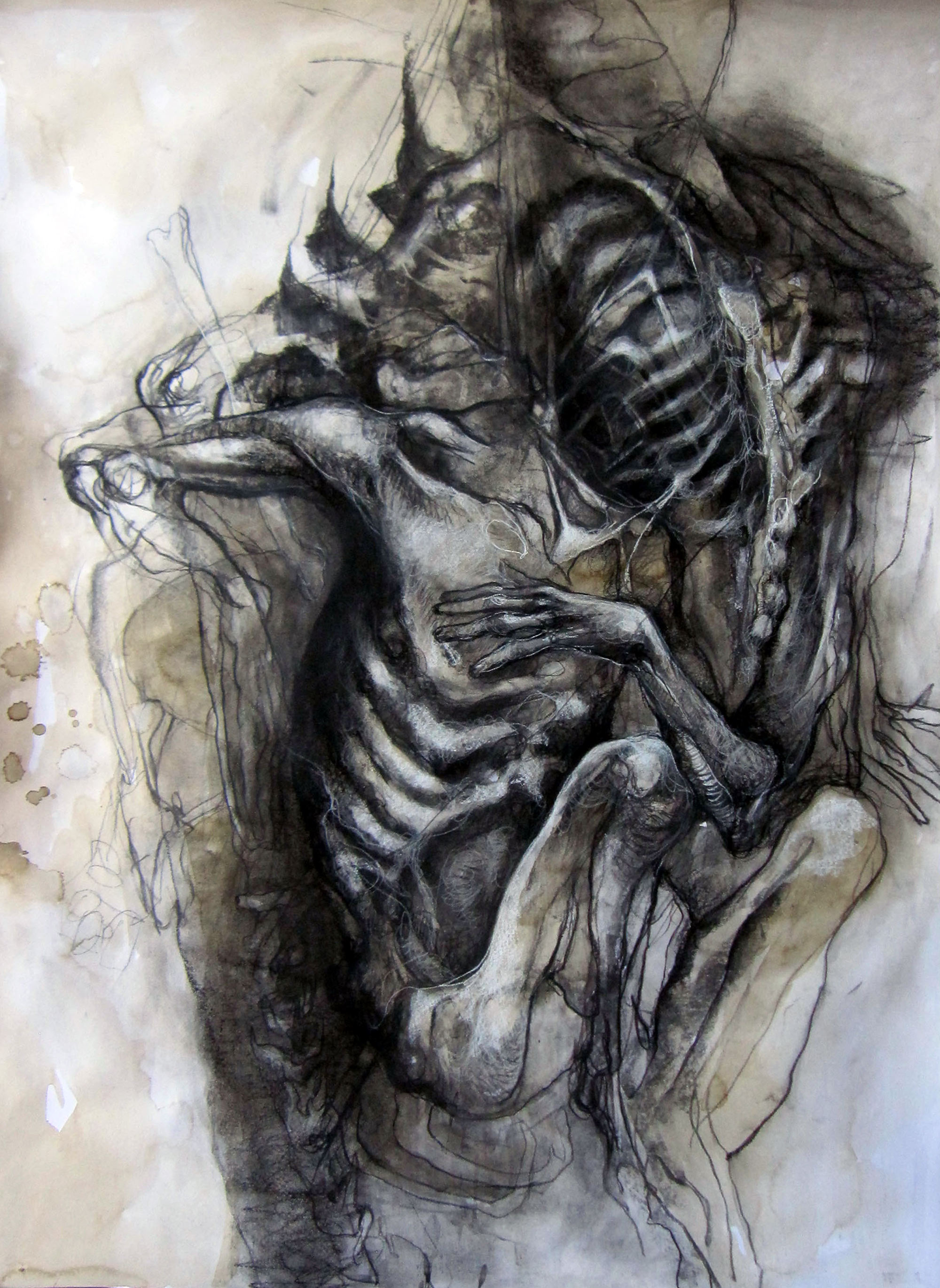 Aurore Lephilipponnat is a French artist who incorporates Japanese Butoh dance into her charcoal drawings. Her visions often comprise of female or hybrid bodies who move gracefully across the page, suspended in various stages of life, death, and decay. In an interview with Artists of France, Lephilipponnat explains how Butoh is an art form capable of externalizing emotions in a simple and silent way; “it can capture one second of a life; [. . .] it presents everything we can’t imagine in a person, in a body, in a story.” Using ink, charcoal, and water and driven by her personal desires, she recreates disembodied expressions of her internal life on paper as a means of releasing pain and creating protection for herself. The death imagery represents a “letting go,” embracing the nature of life as inconsistent, “true, pure, uncontrollable.” Her expressions of darkness are beautiful, transcending fear to reveal strength and the passionate process of rebirth. 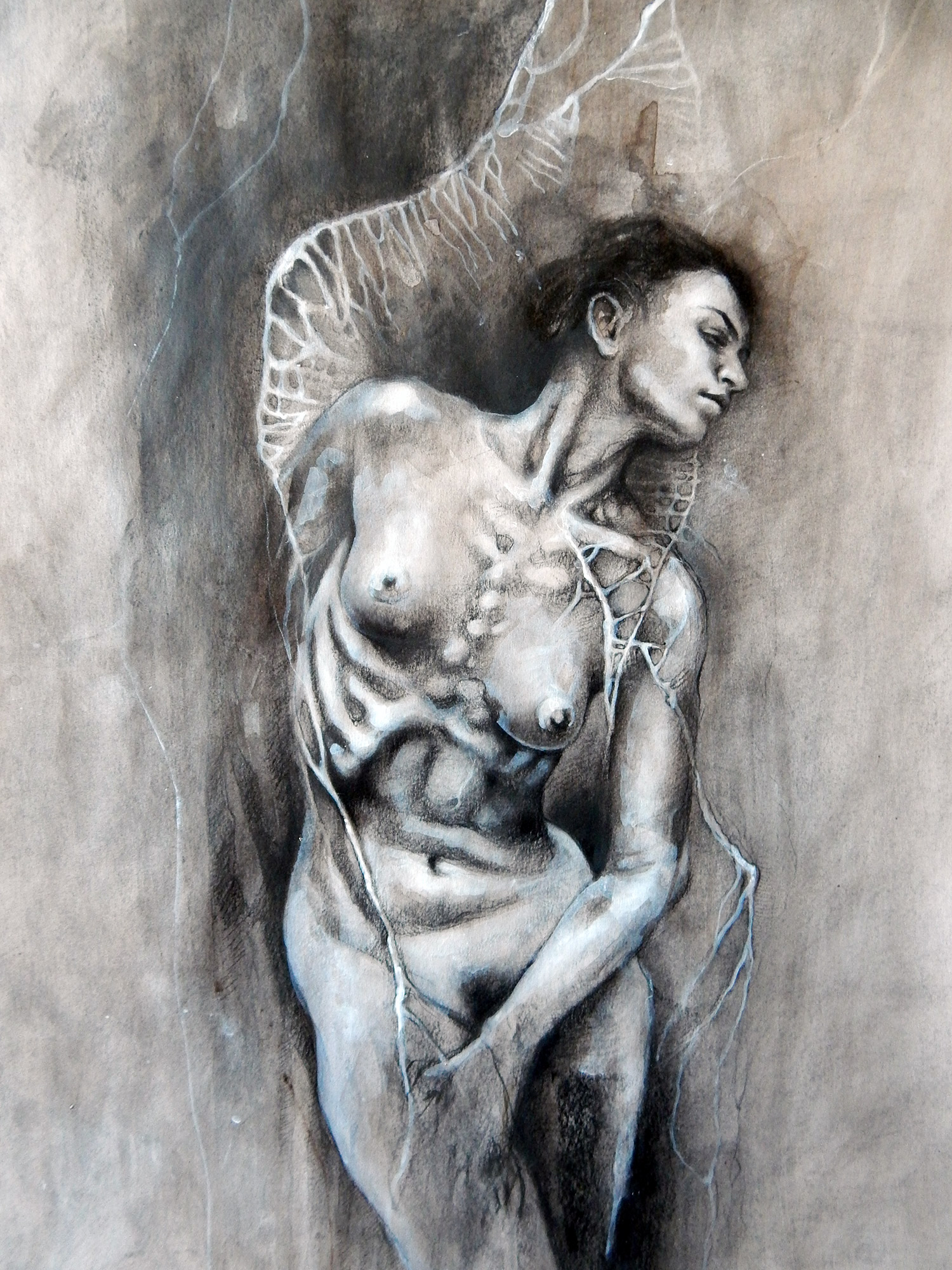 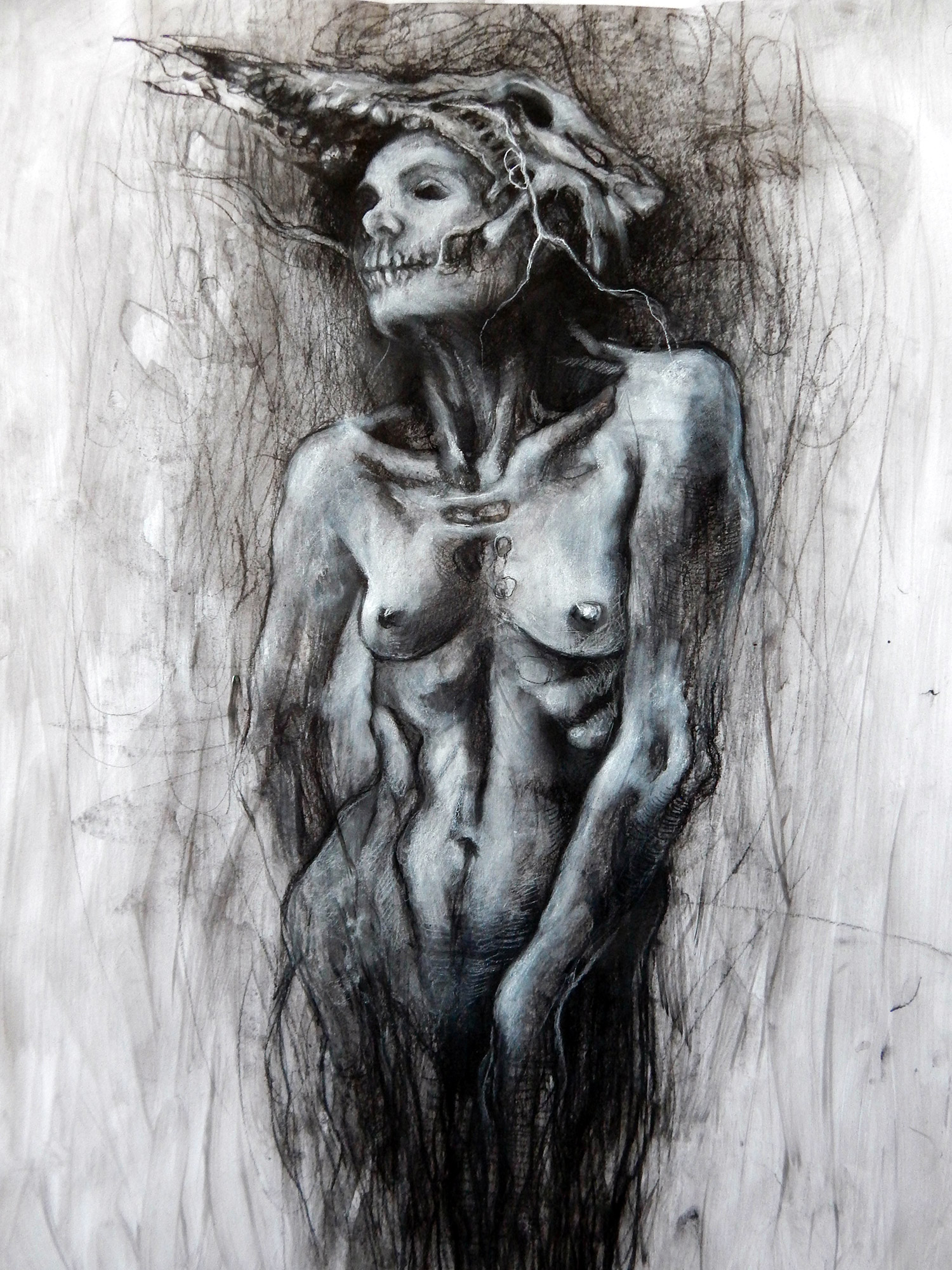 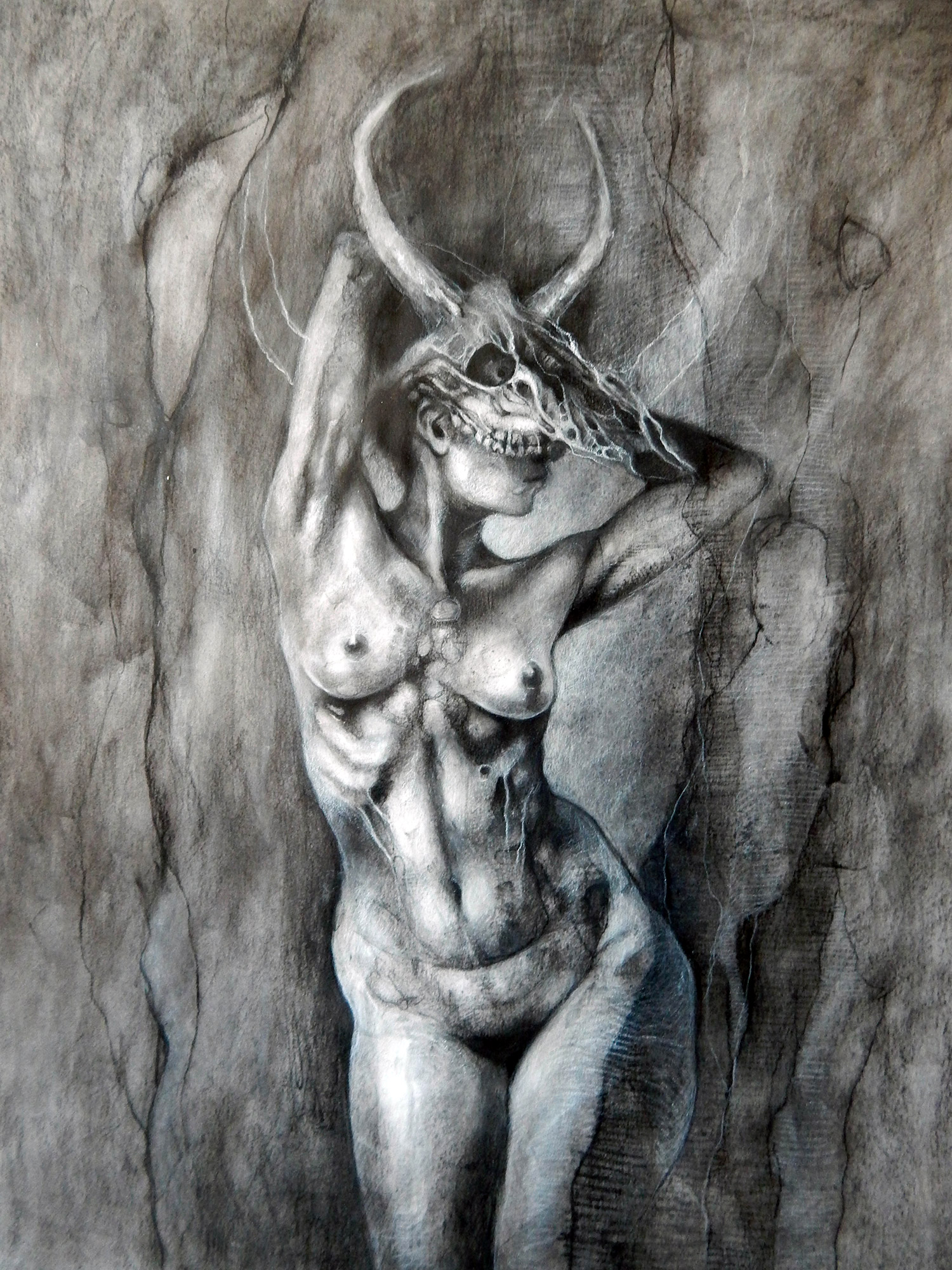 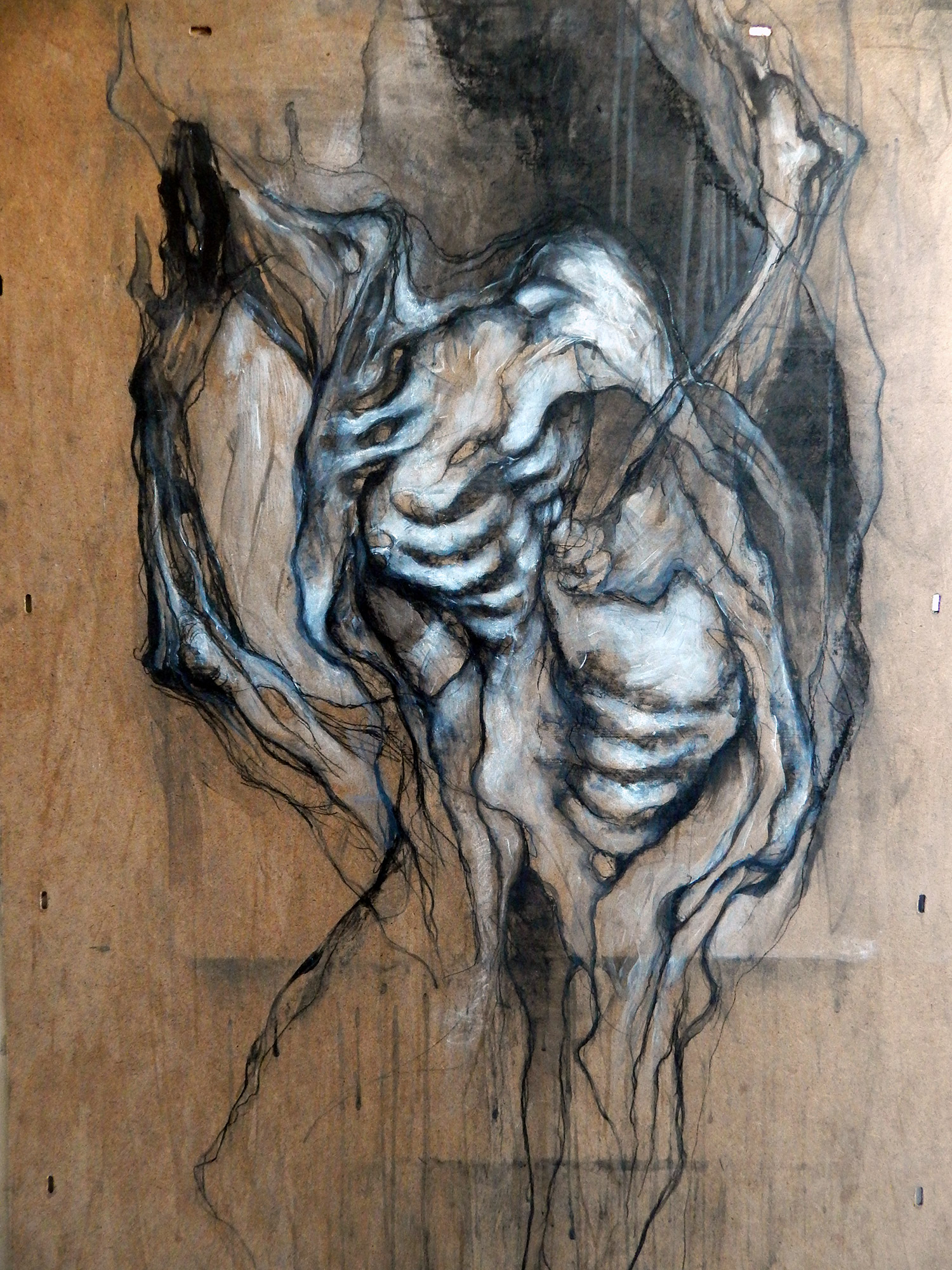 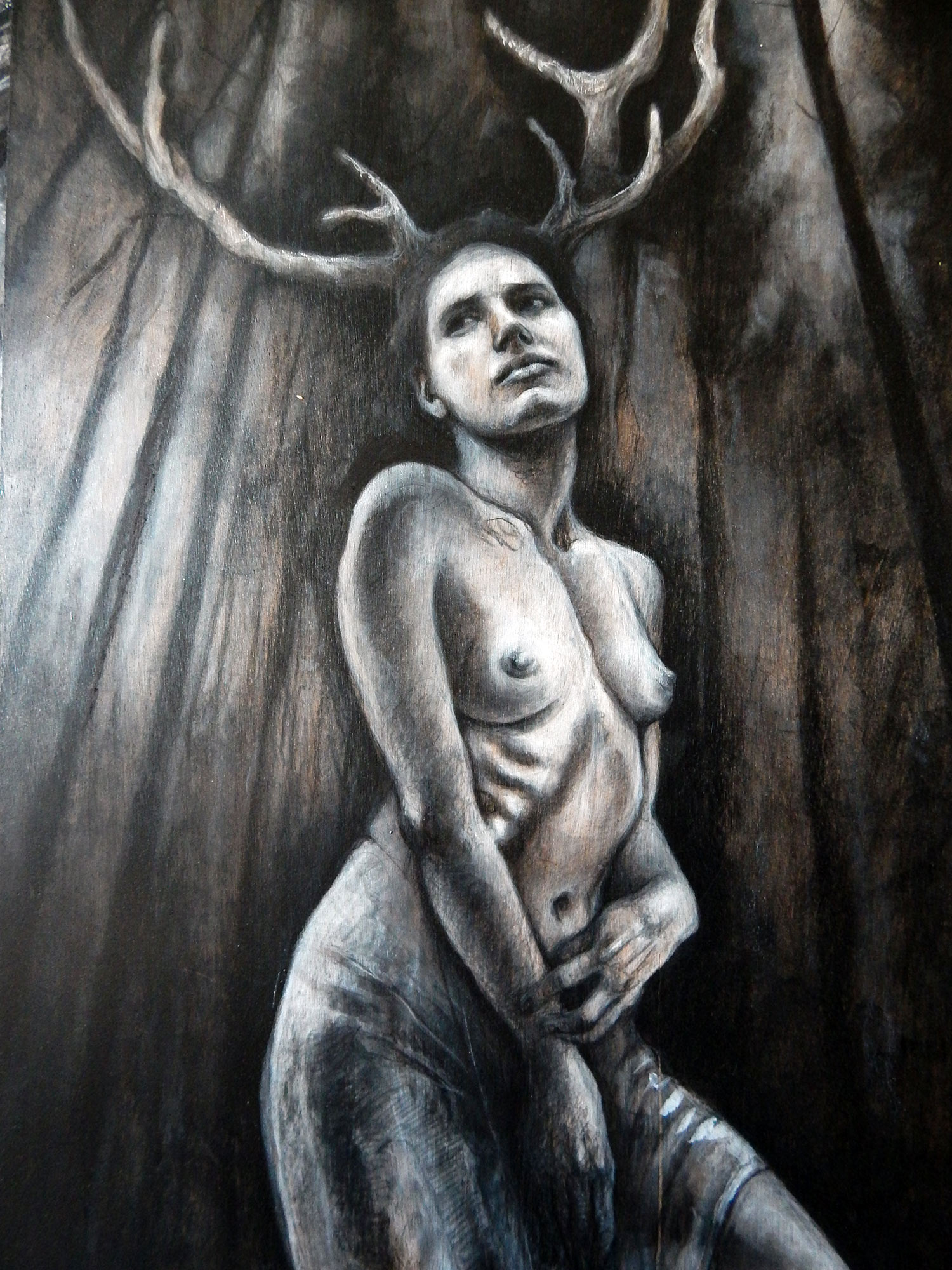 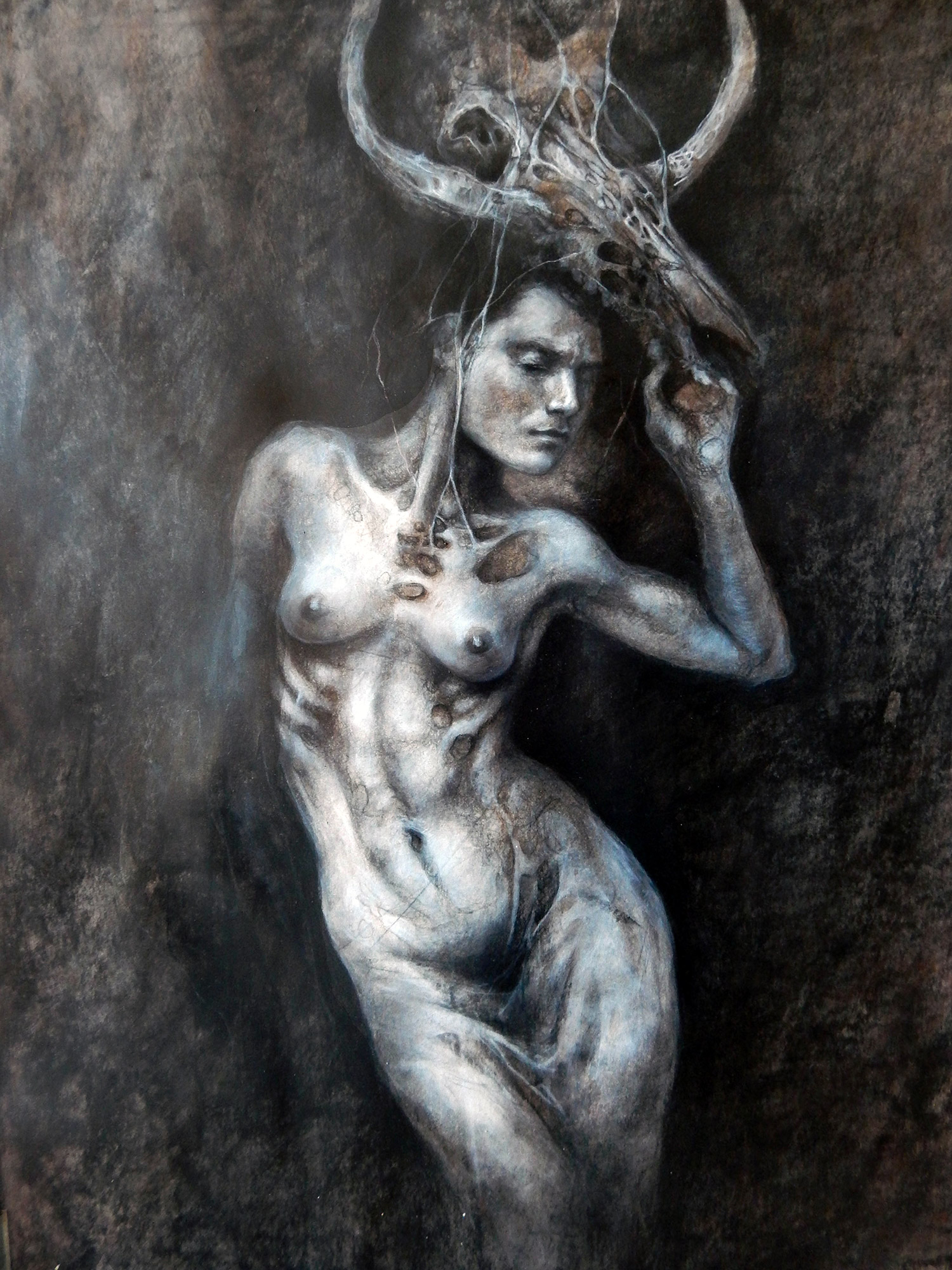 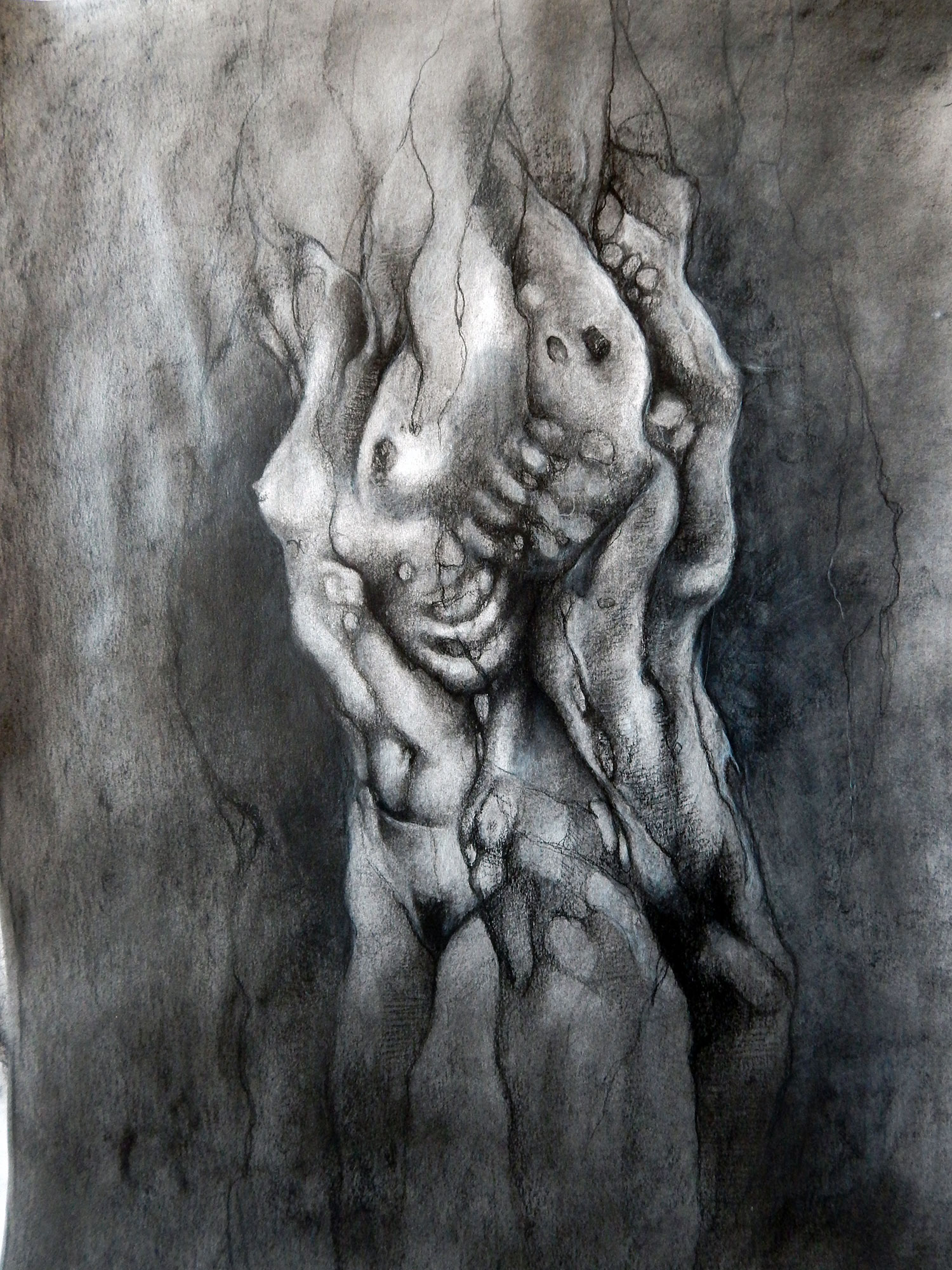 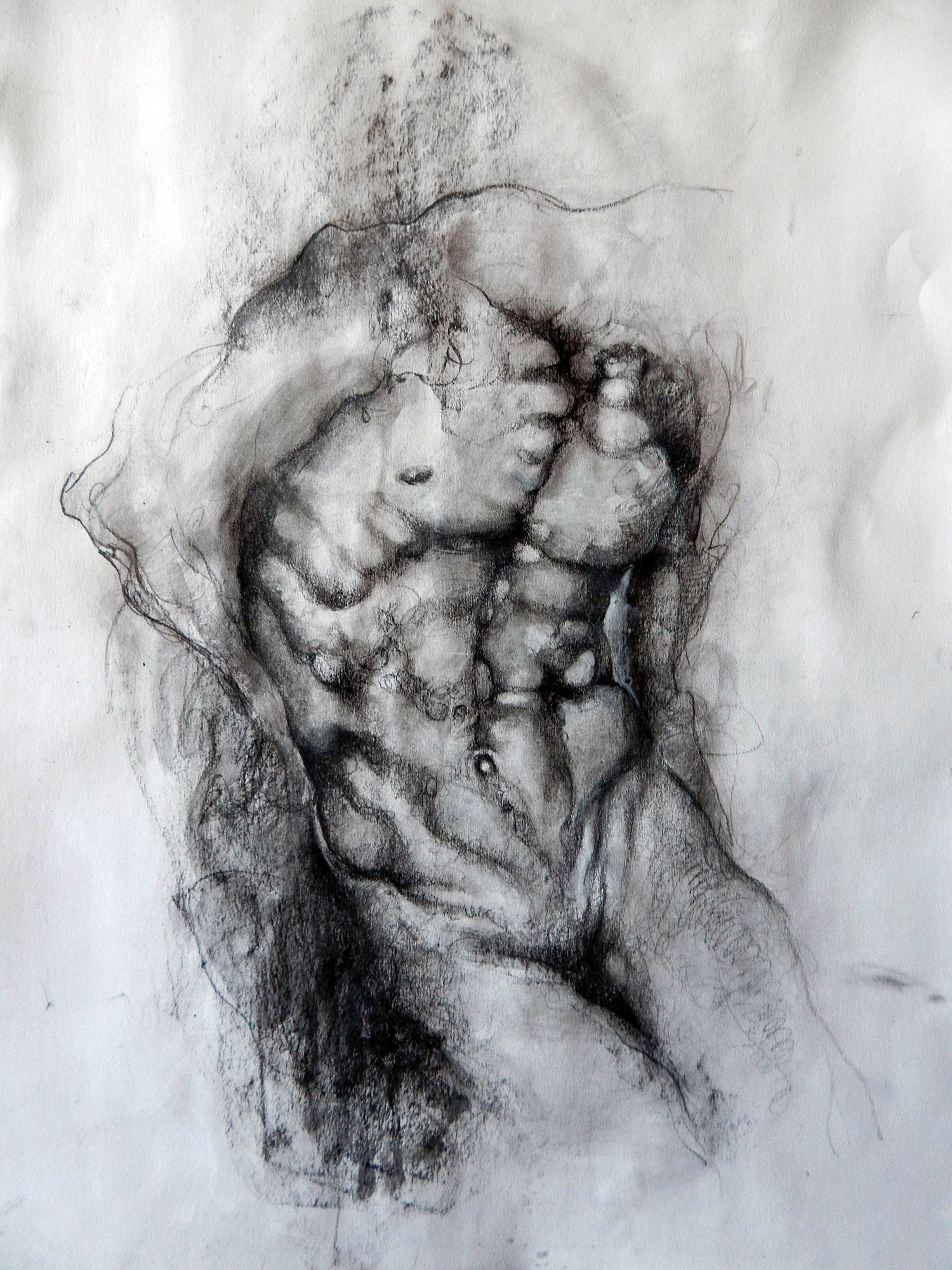 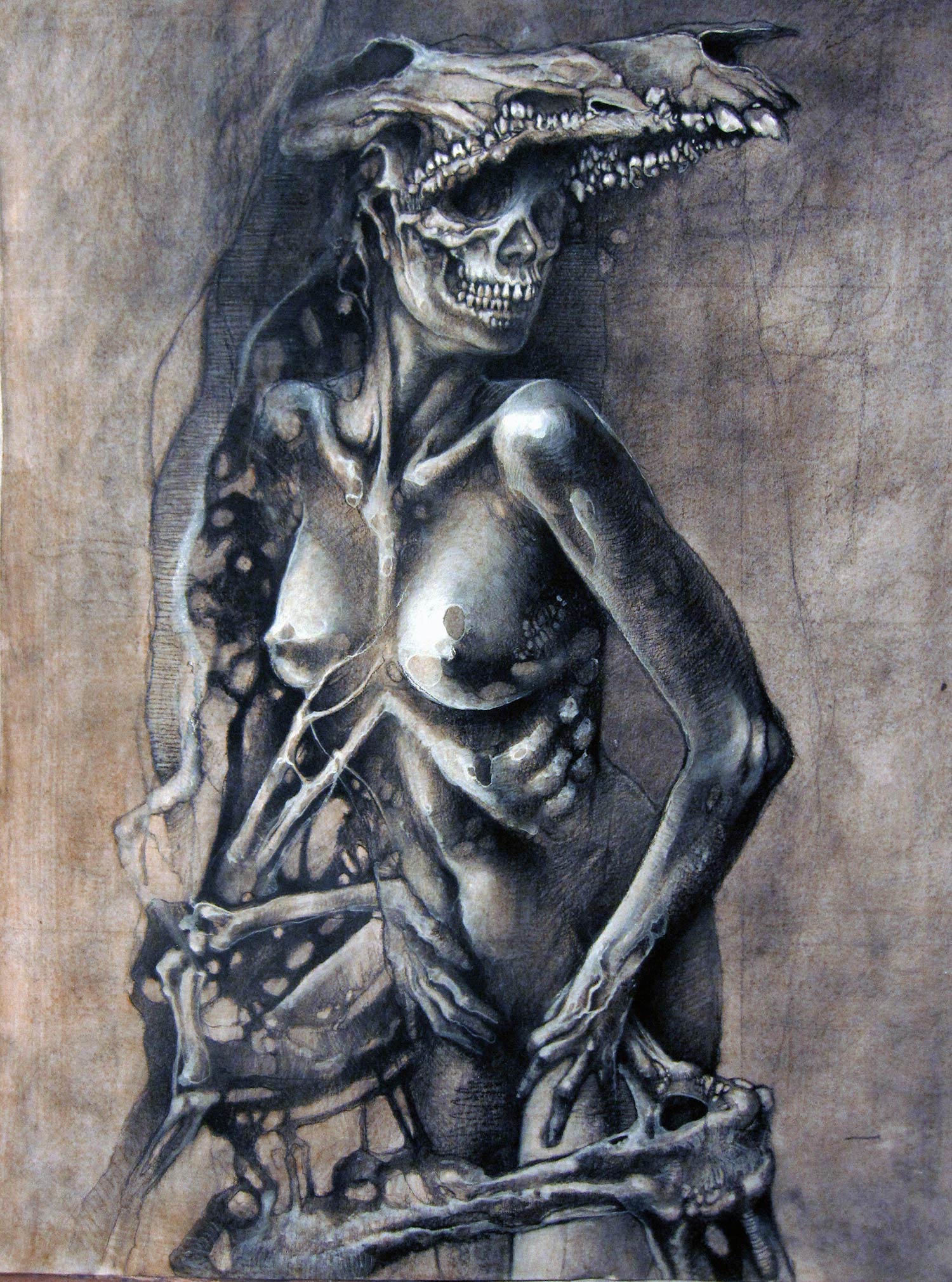