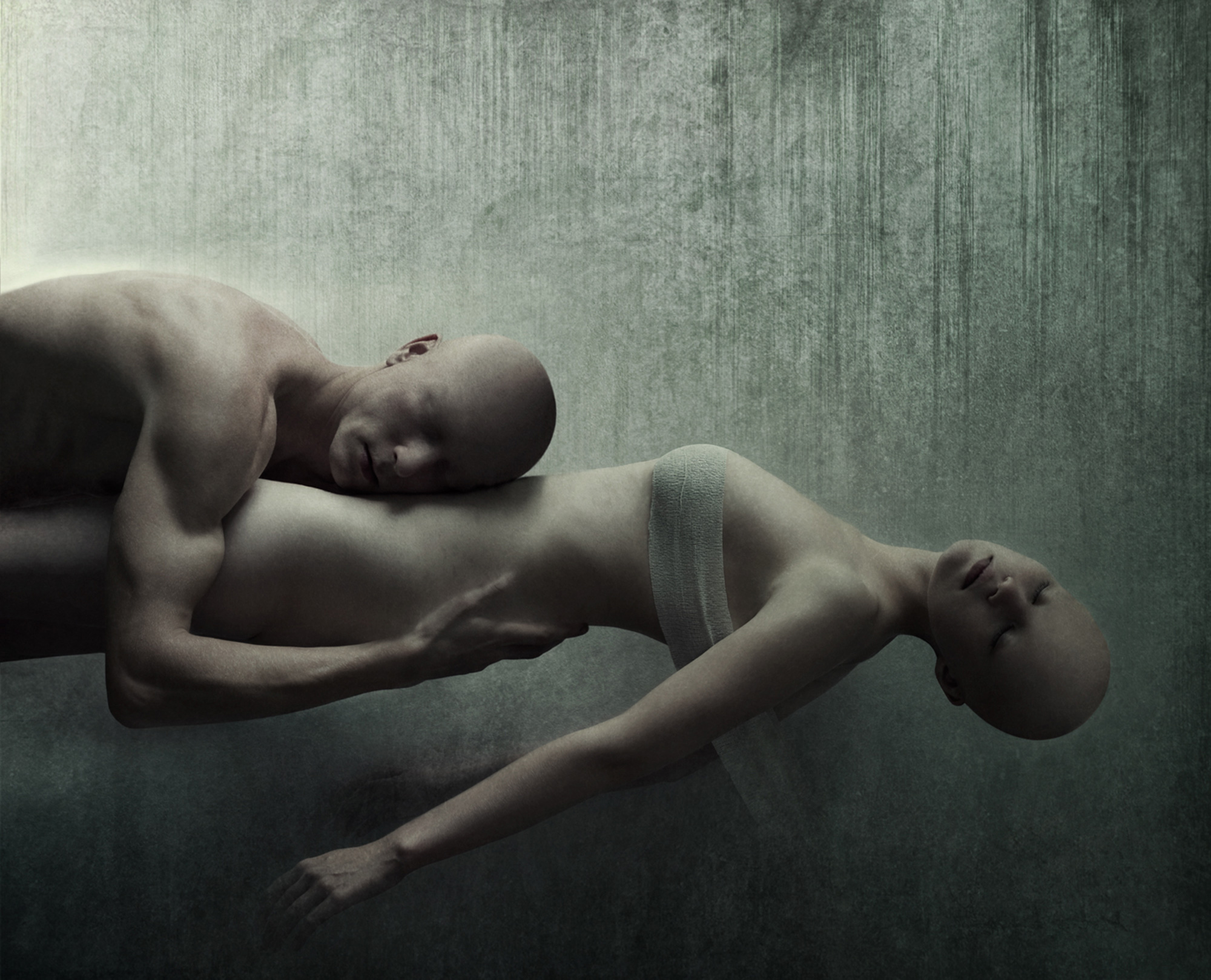 Hailing from Norway, photographer and digital artist Daria Endresen channels her country’s rugged, cold, and vast terrain into frozen poems of stillness and pain. In an interview with The Creators Project, Endresen explains that there’s a “certain dark side to all the Nordic countries,” and that the “lack of light [and] remoteness” has influenced her work. Like pagan visions experienced when one has strayed from the civilized world into the realm of magic, scenes of ritual and sacrifice unfold before us, with the nude subject’s pale skin exposed and vulnerable to the biting-bright ice and ceremony structures. In other images, Endresen has brought this chilly aesthetic indoors, portraying pale, hairless, wraith-like figures as they yeild their frail bodies to their restraints and captors like objects of experimentation. With a complex narrative of mythology, sacrifice, ritual, and the wilderness, Endresen fuses an ancient ethos with universal notions of human vulnerability, and at the same time, reveals our modern separation from the world of magic that still exists along the borders of consciousness. 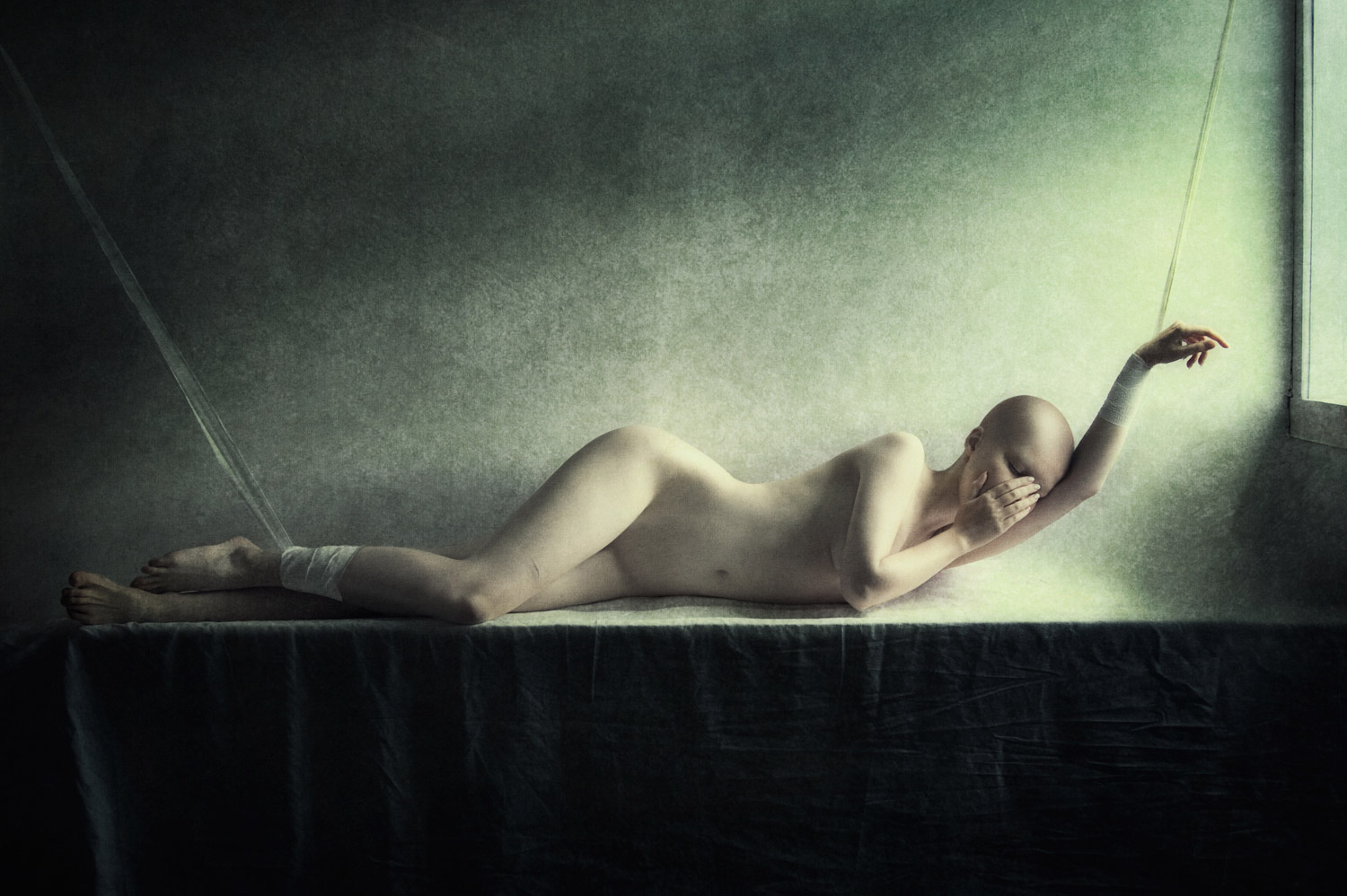 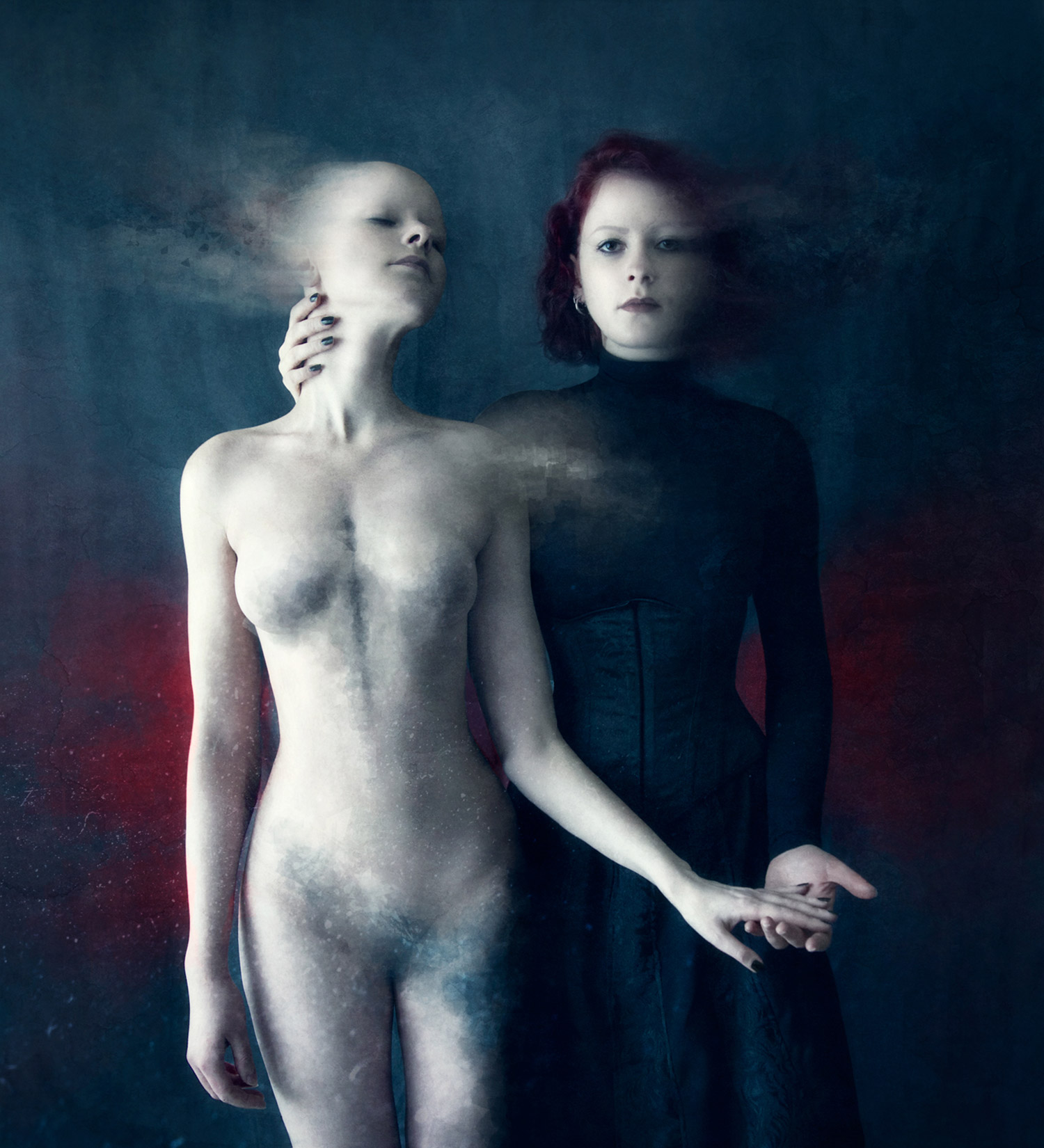 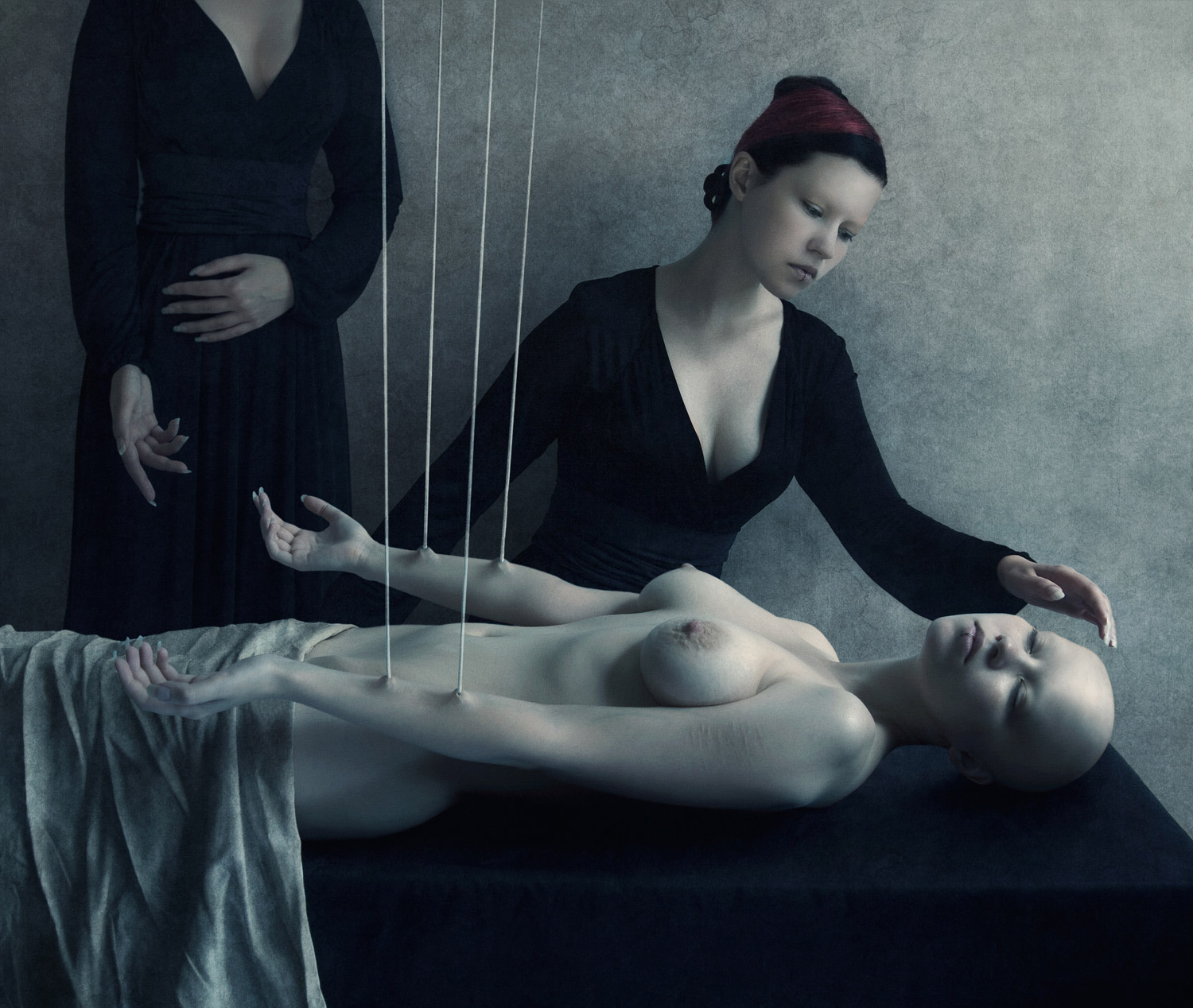 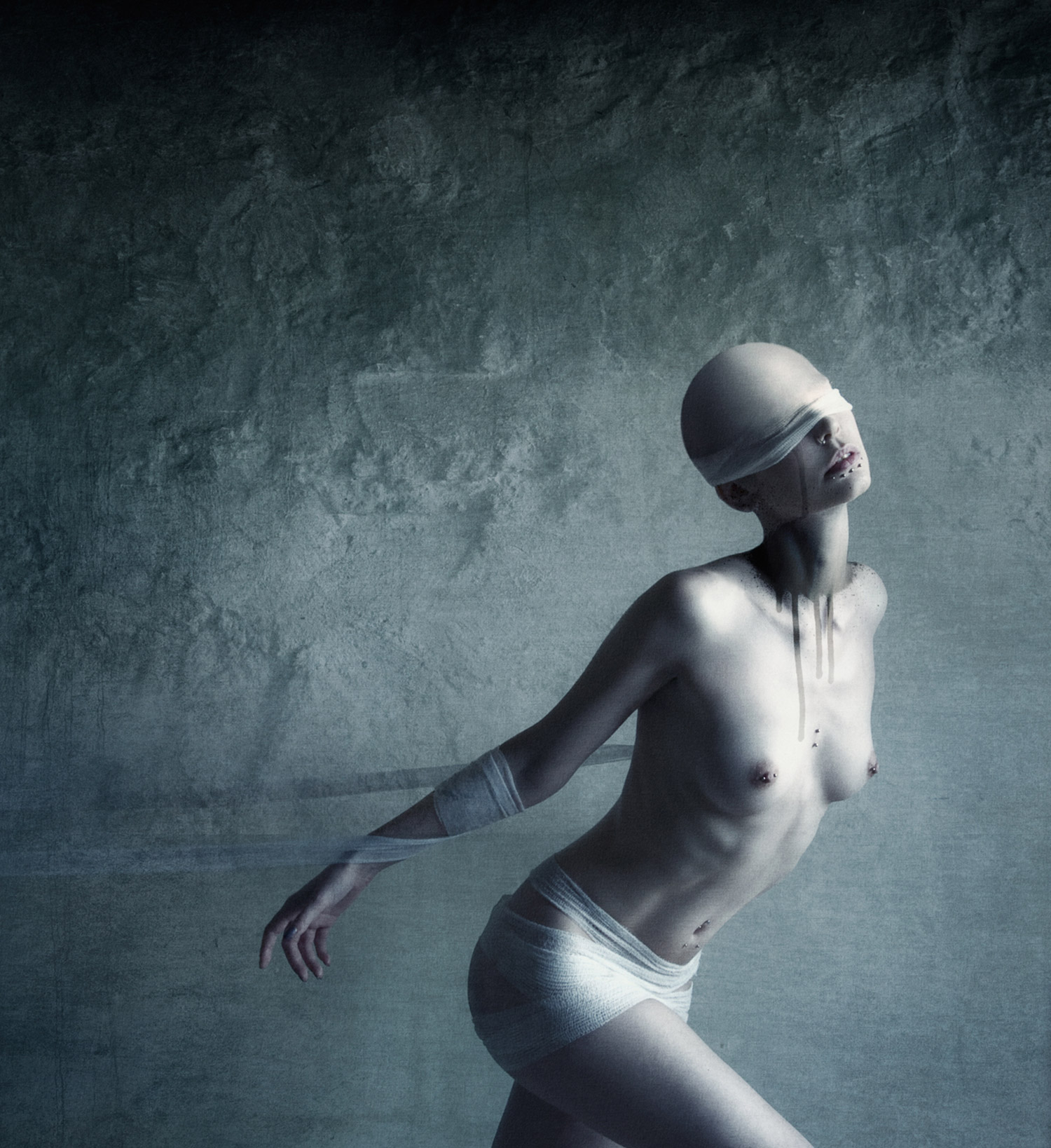 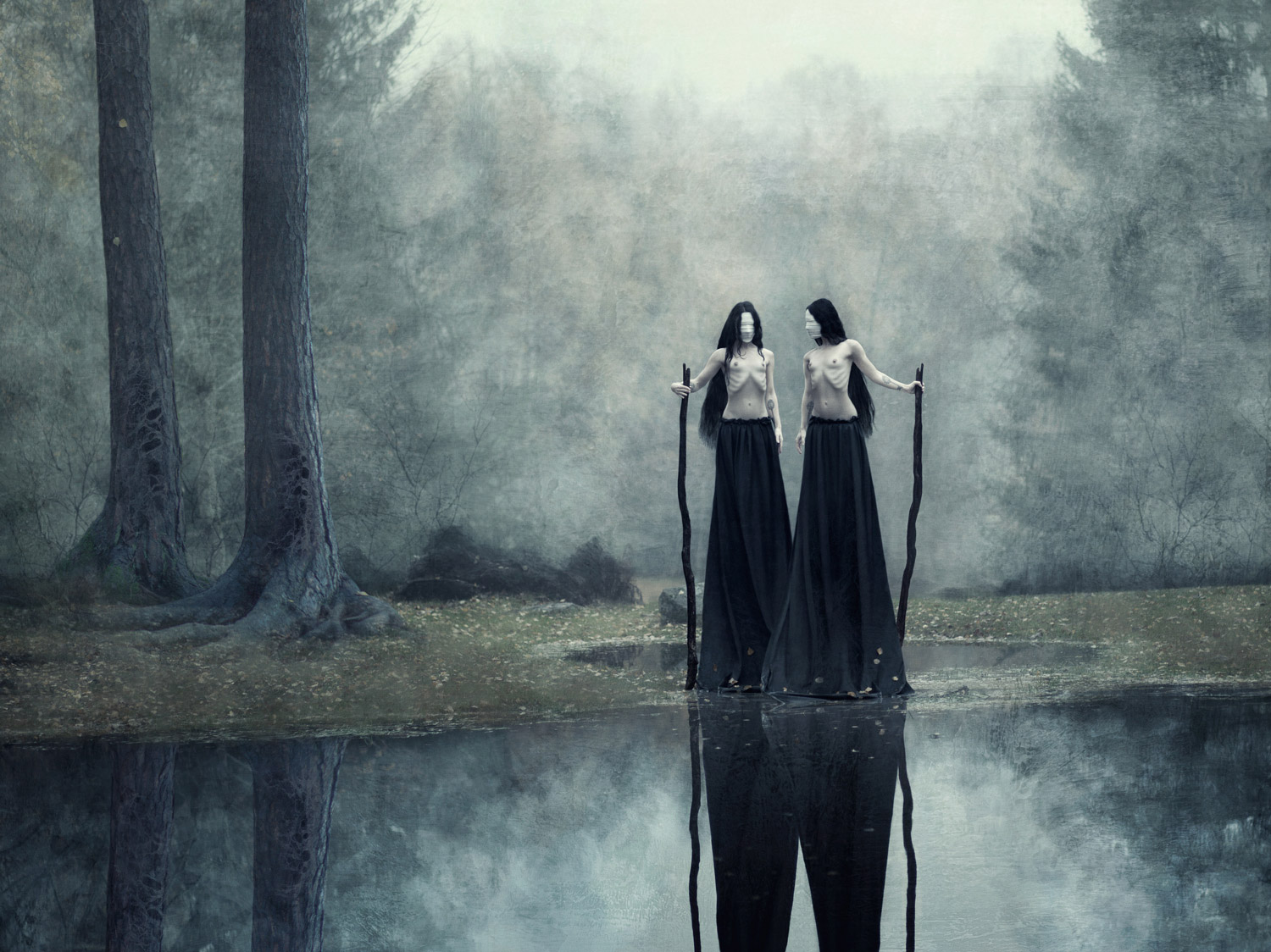 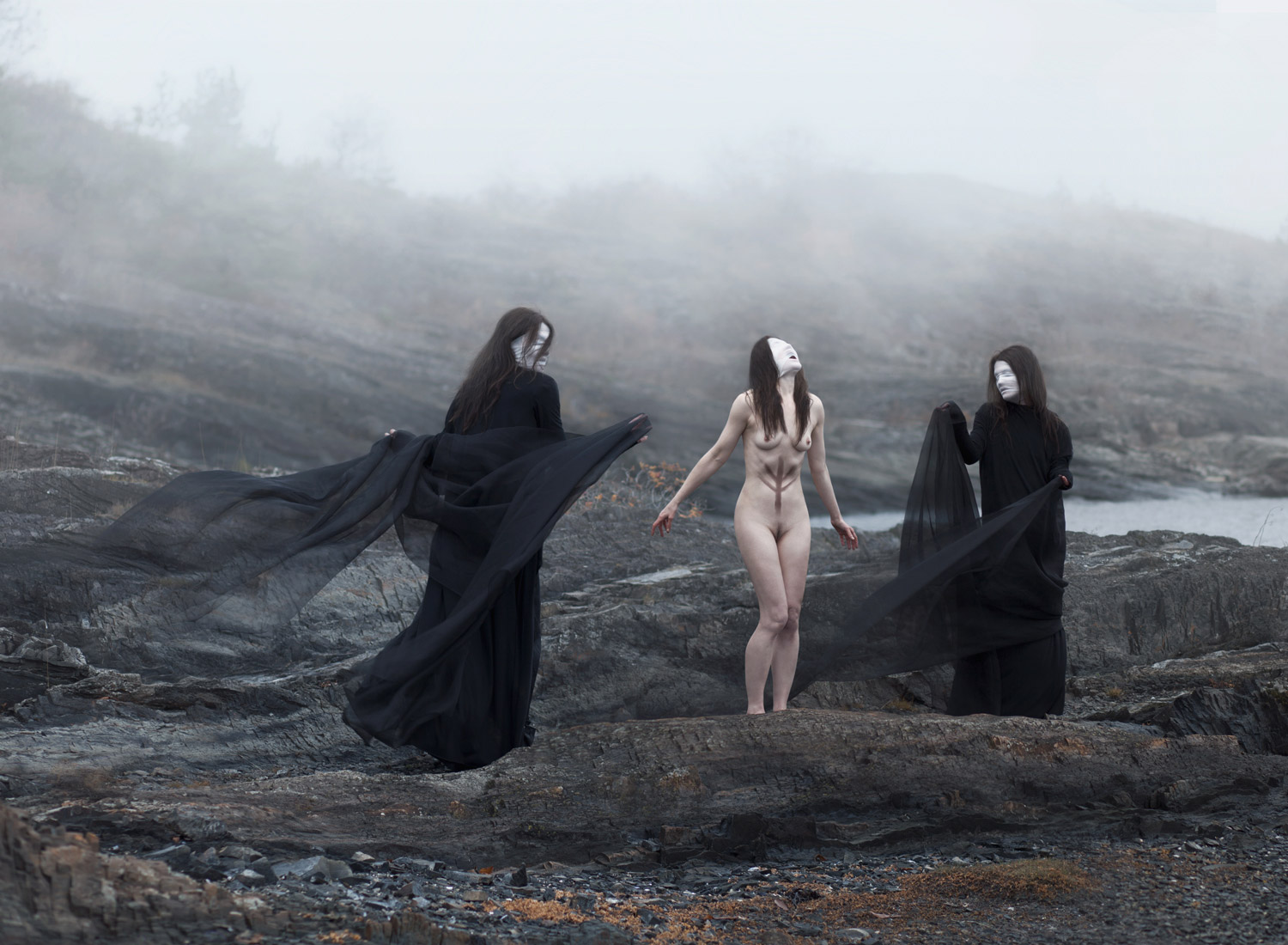 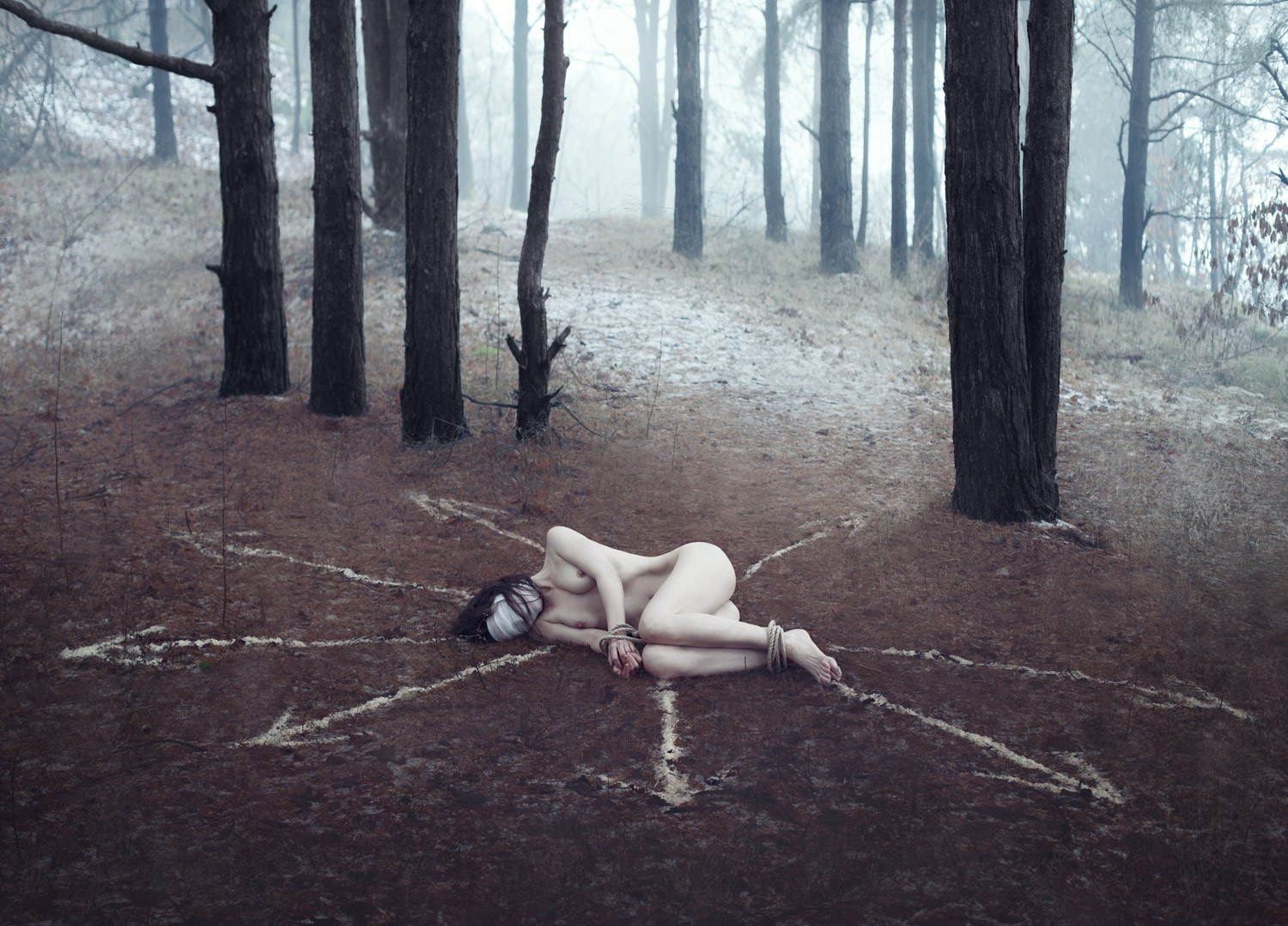 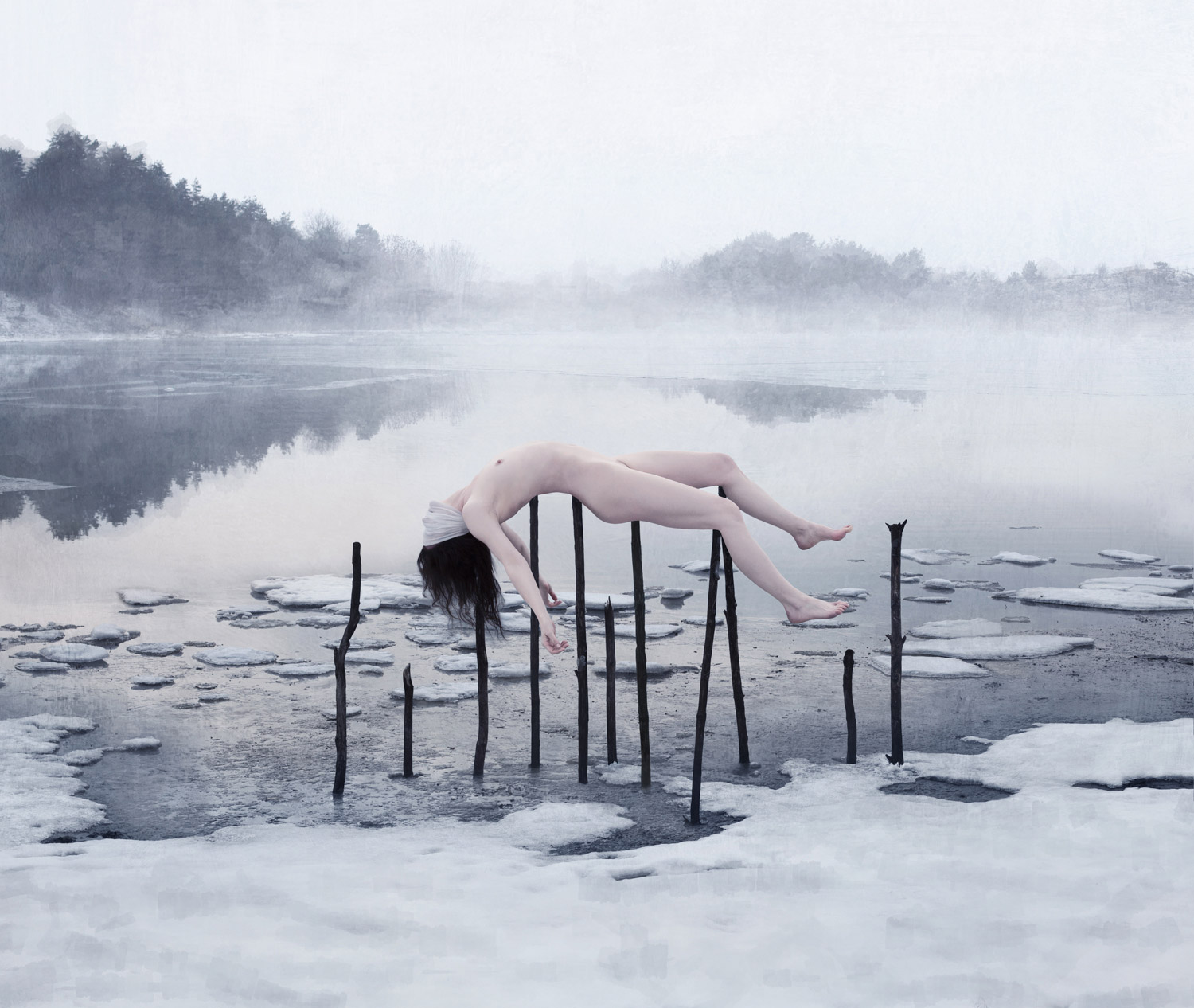 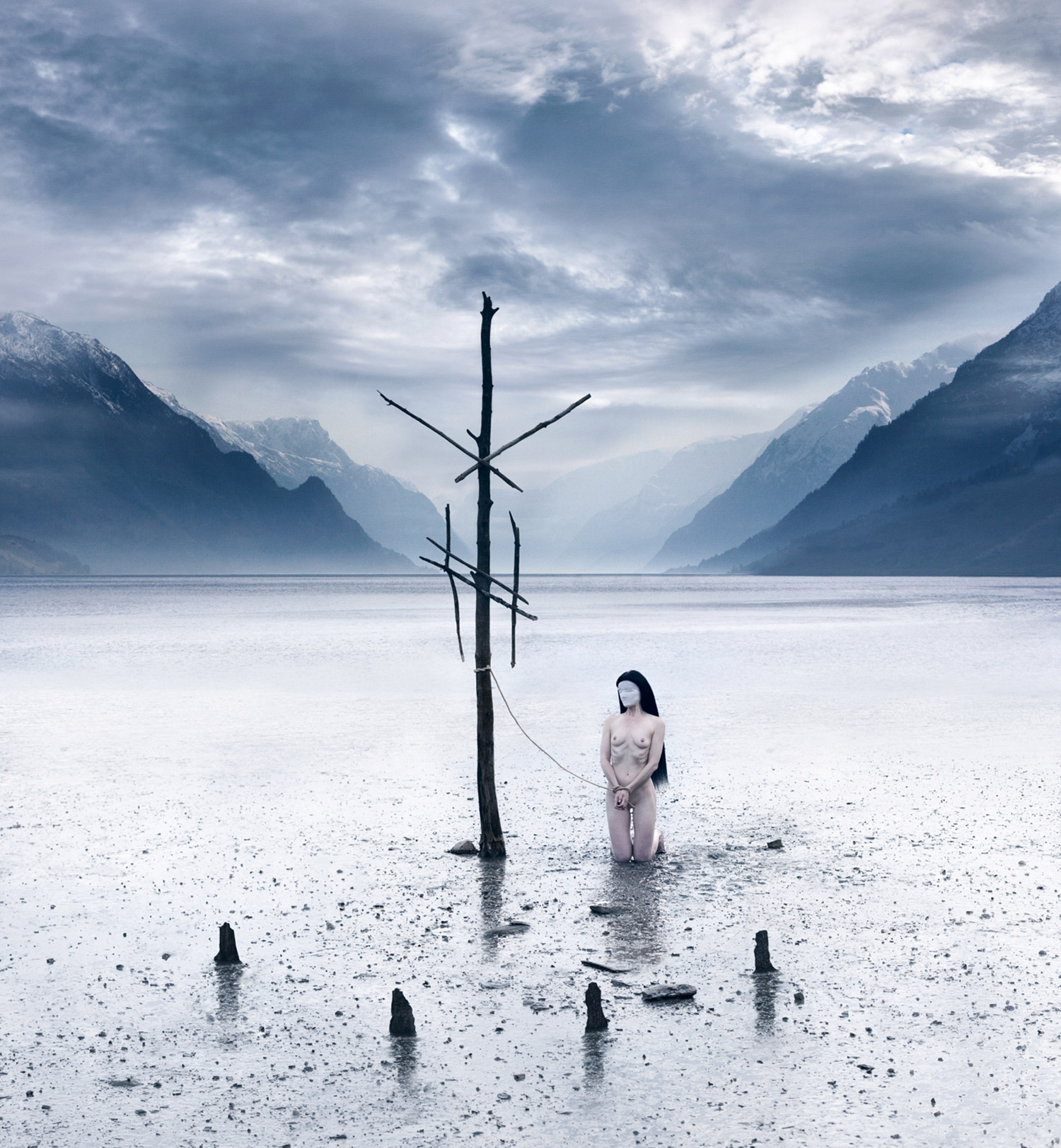