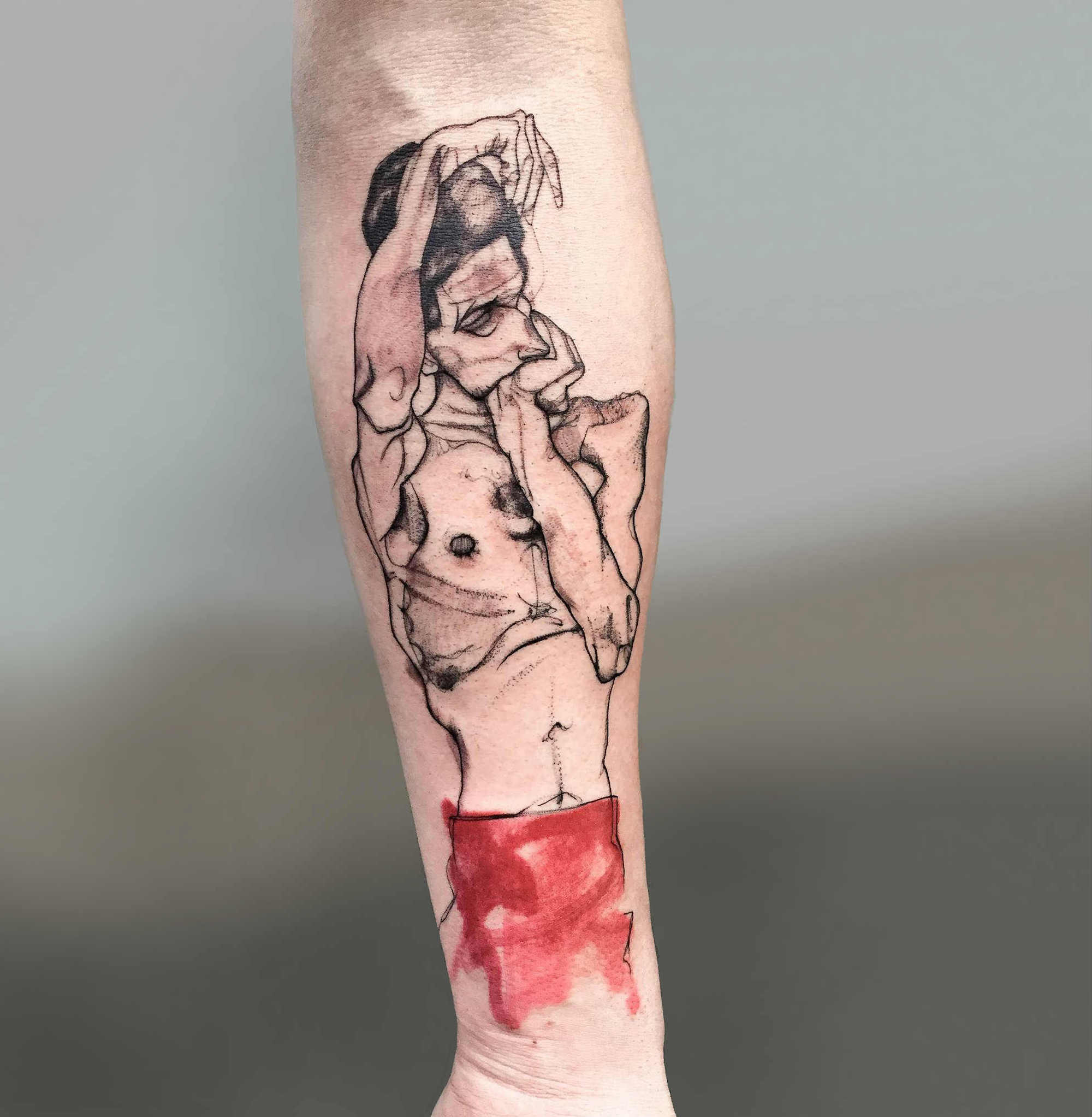 Egon Schiele normalized nudity, and it landed him in jail. Along with his mentor, Gustav Klimt, he was accused of peddling smut. He did enjoy┬Ādrawing strong women who spread their legs with confidence, never shame. But he also loved casual nakedness, sketching people as they relaxed or dried their hair.

His figures were neither virgins nor whores, they were regular humans with animal bodies. Sexuality was complex, and taboos were uptight. For this point of view, Schiele was called a degenerate and a pervert. And when he ultimately showed some paintings to kids, he was arrested for soliciting a minor.

Tattoo reproductions of Schiele are everywhere. Maybe people see skin as the perfect place to protest sexual censors. Or, it could be that tattooers just know another misunderstood artist when they see one.

Above: An adaptation of “Standing Male Nude With Red Loincloth” by Federica Stefanello. 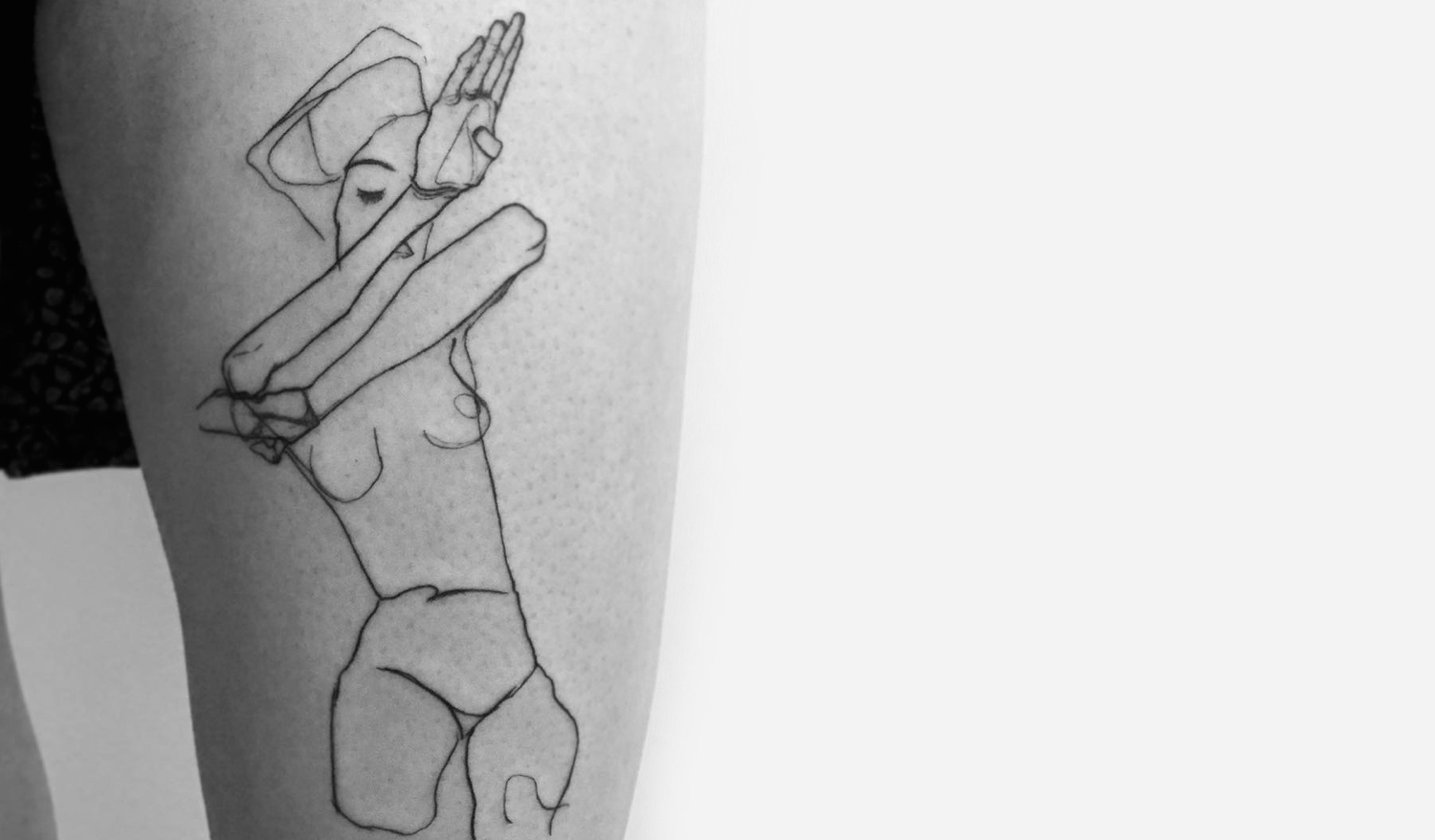 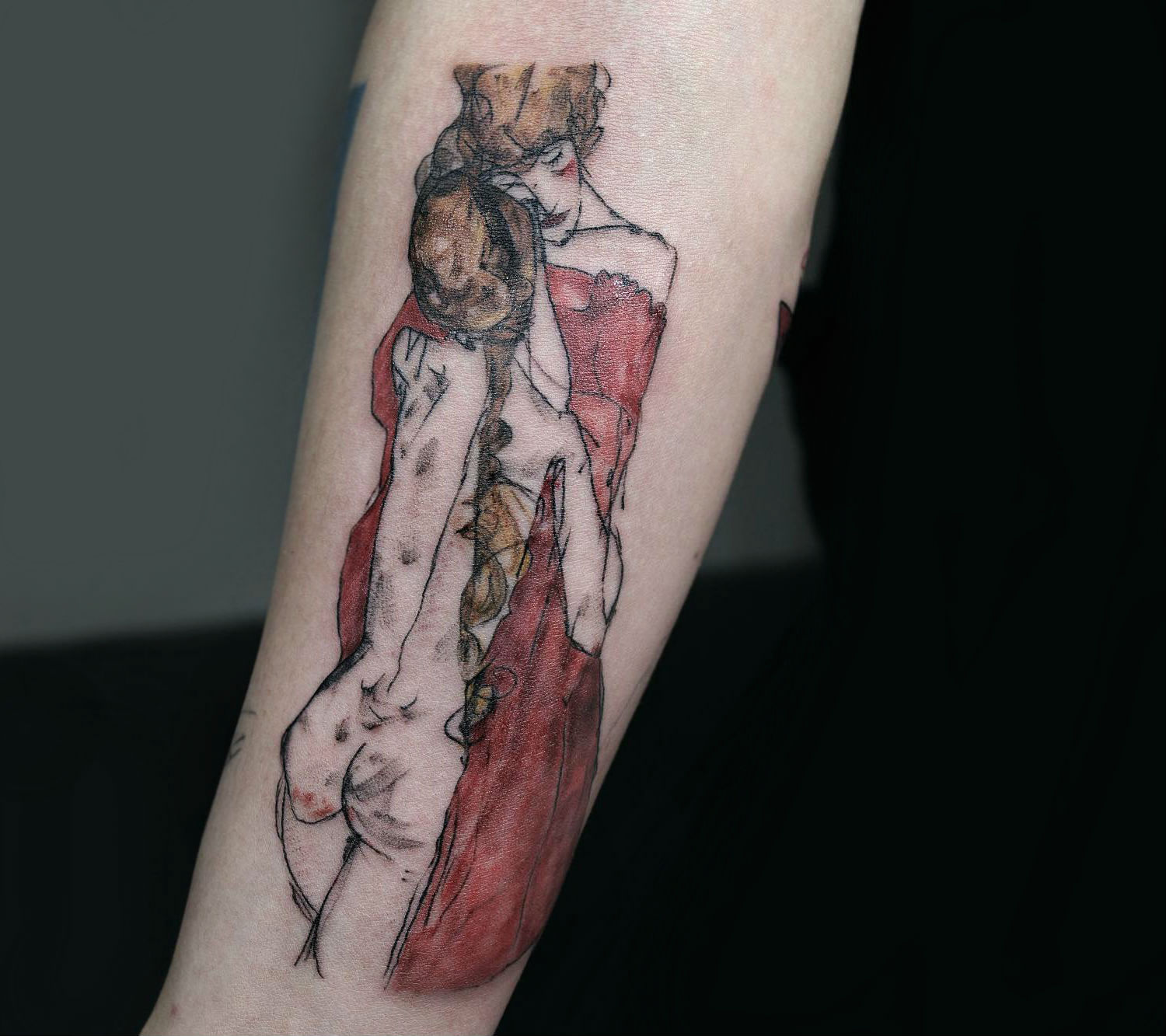 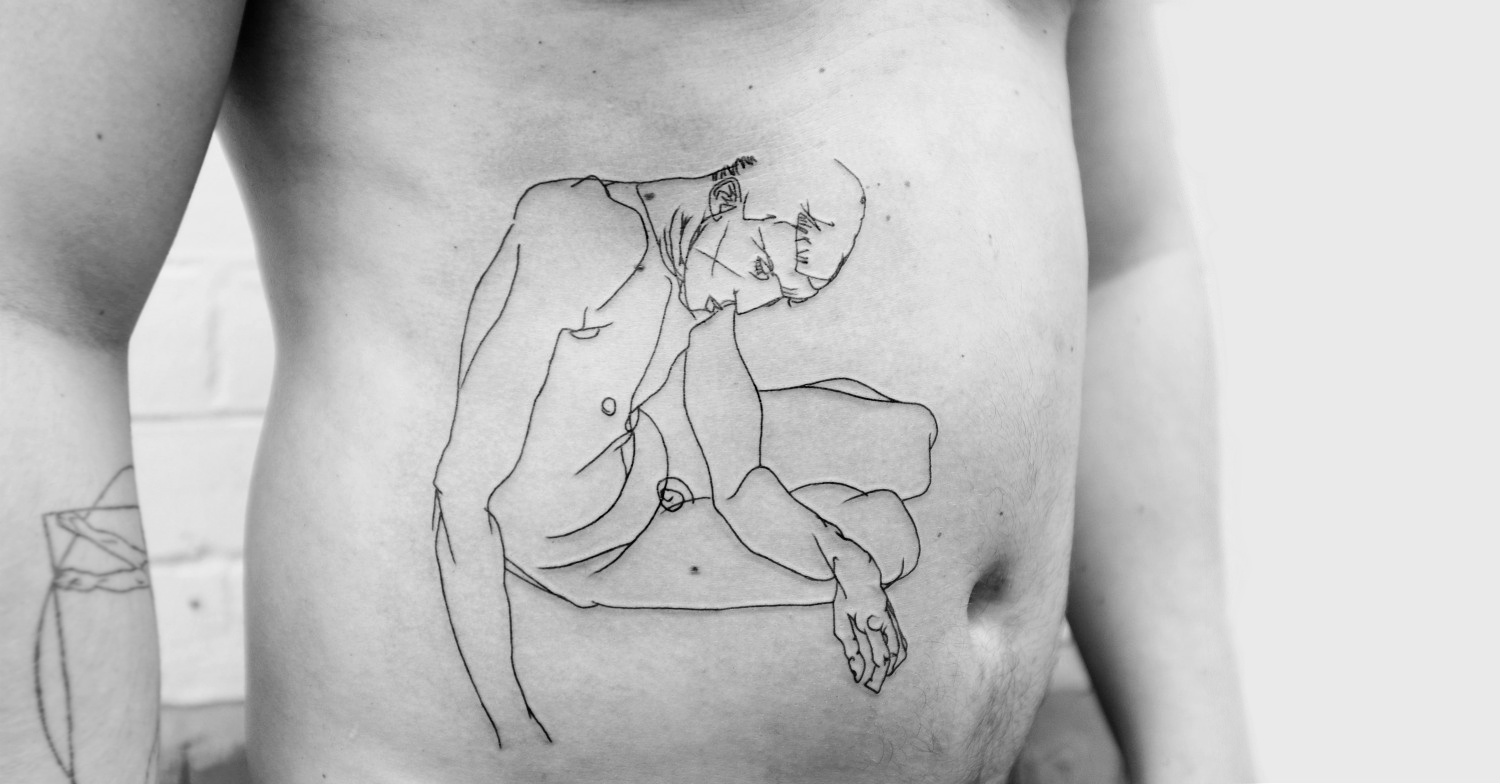 Georgie Harrison┬Āinvites one nude man to embody another. 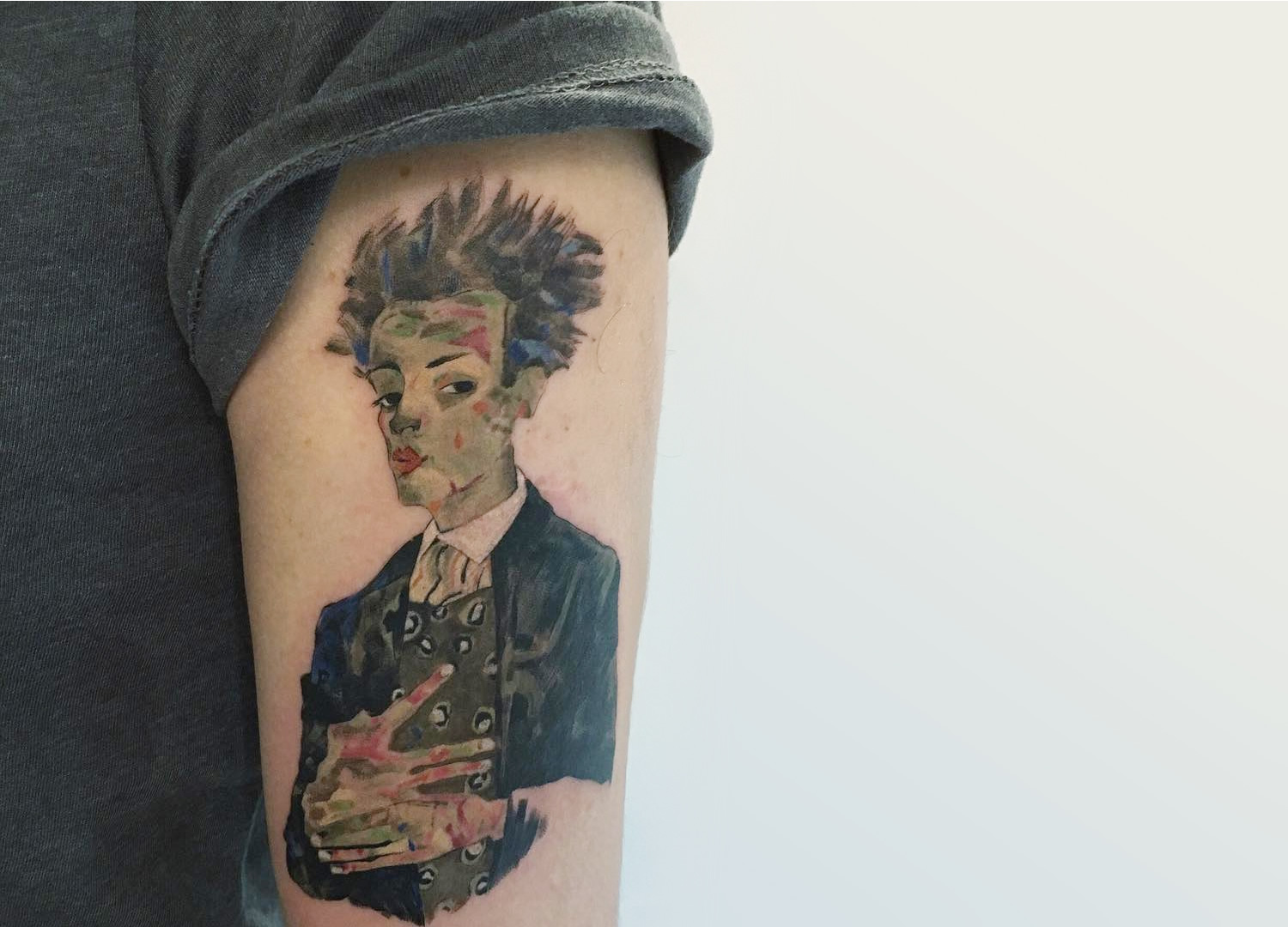 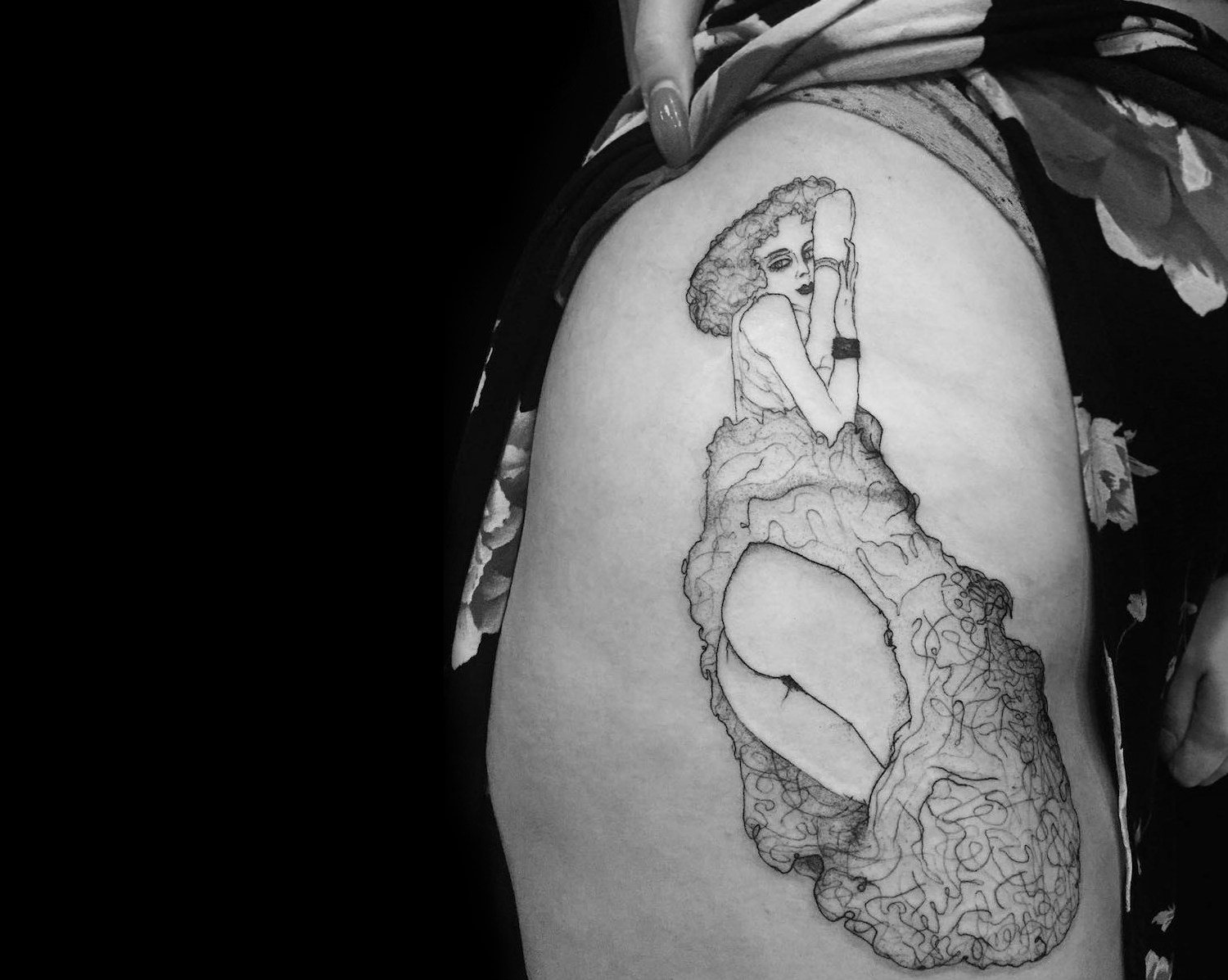 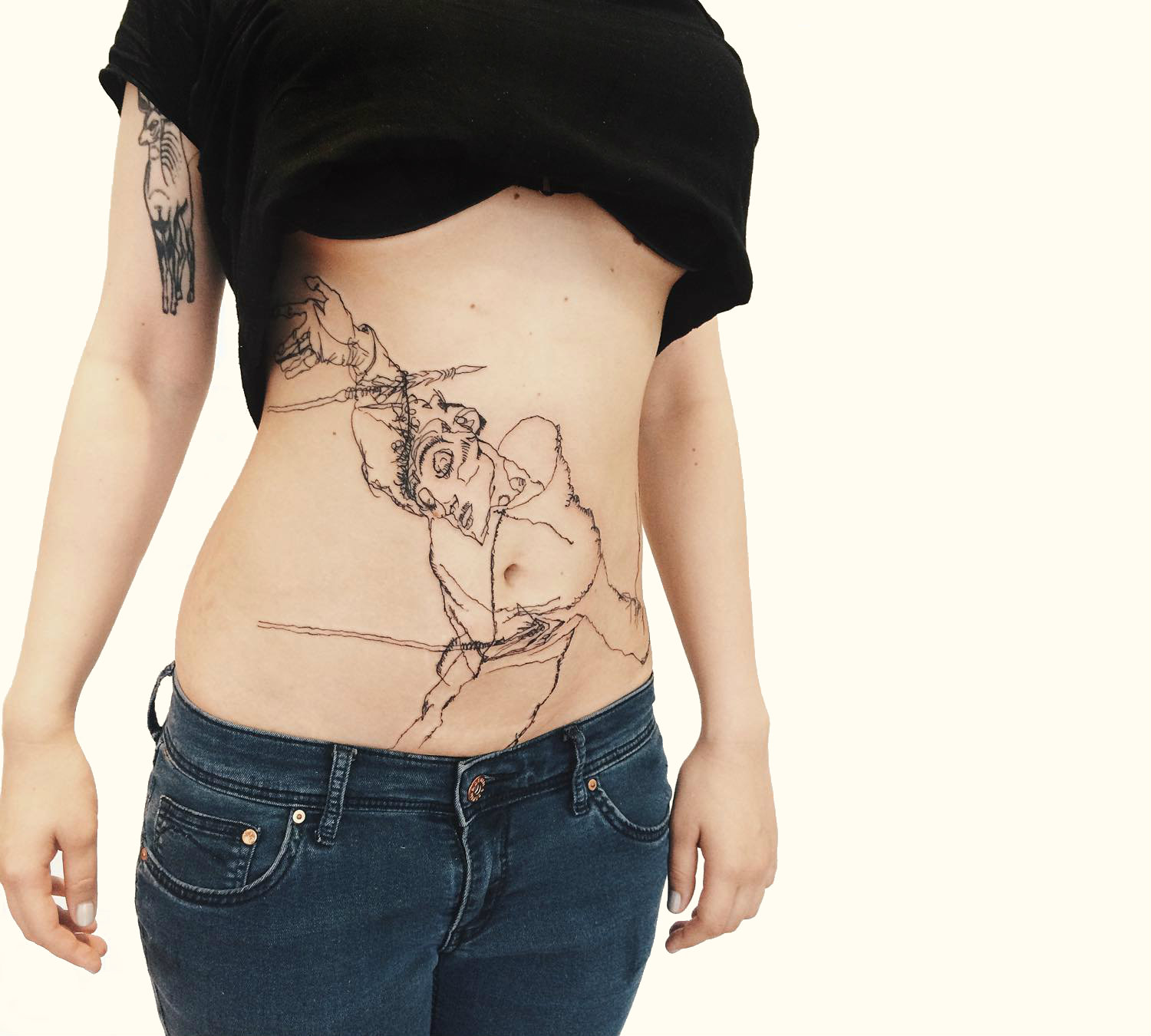 Remova Zhenya┬Āopts for bold placement of “Self Portrait As St. Sebastian.” 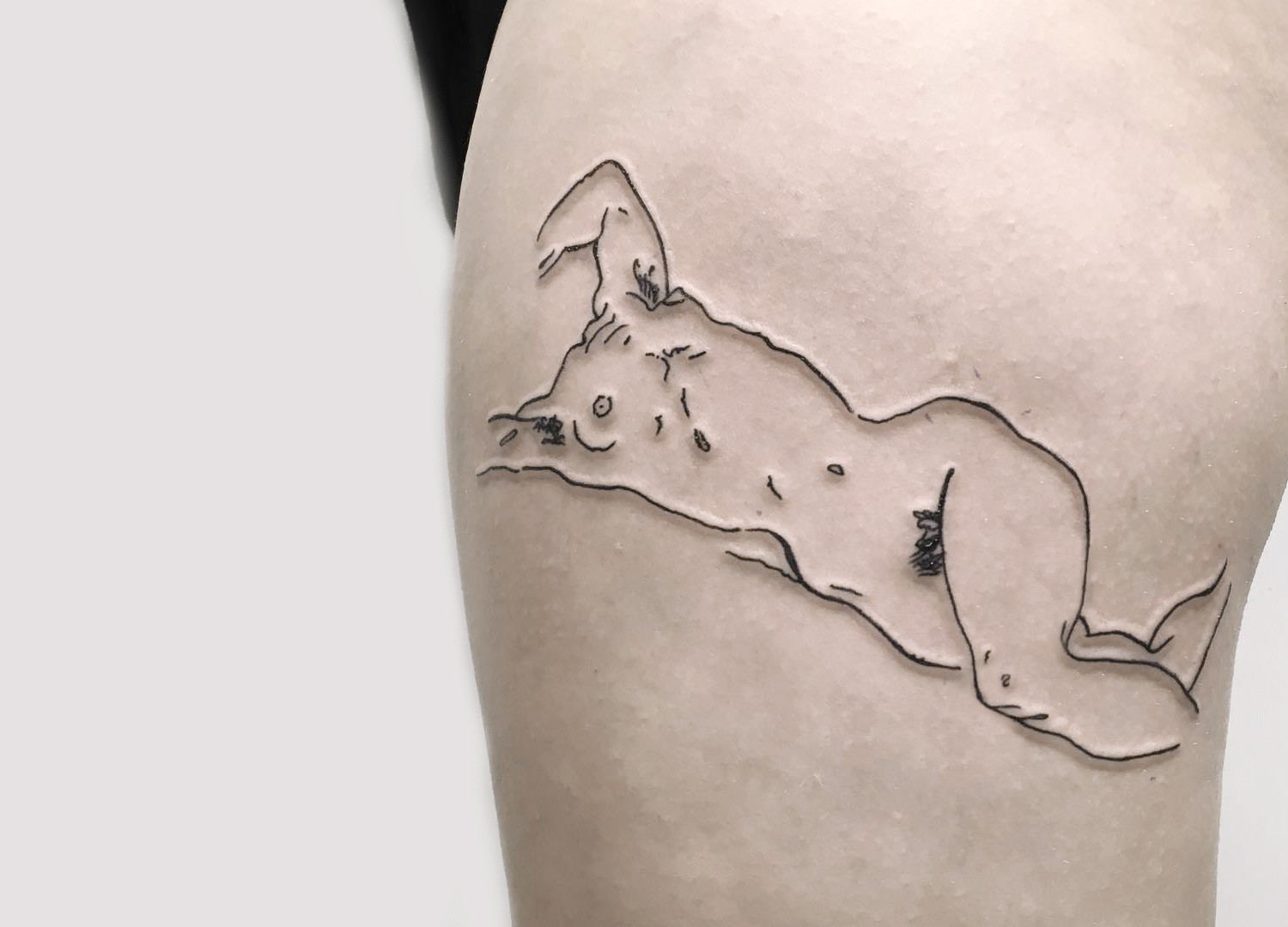 One of Schiele’s reclining nude sketches finds a new home, by Mishka Mal. 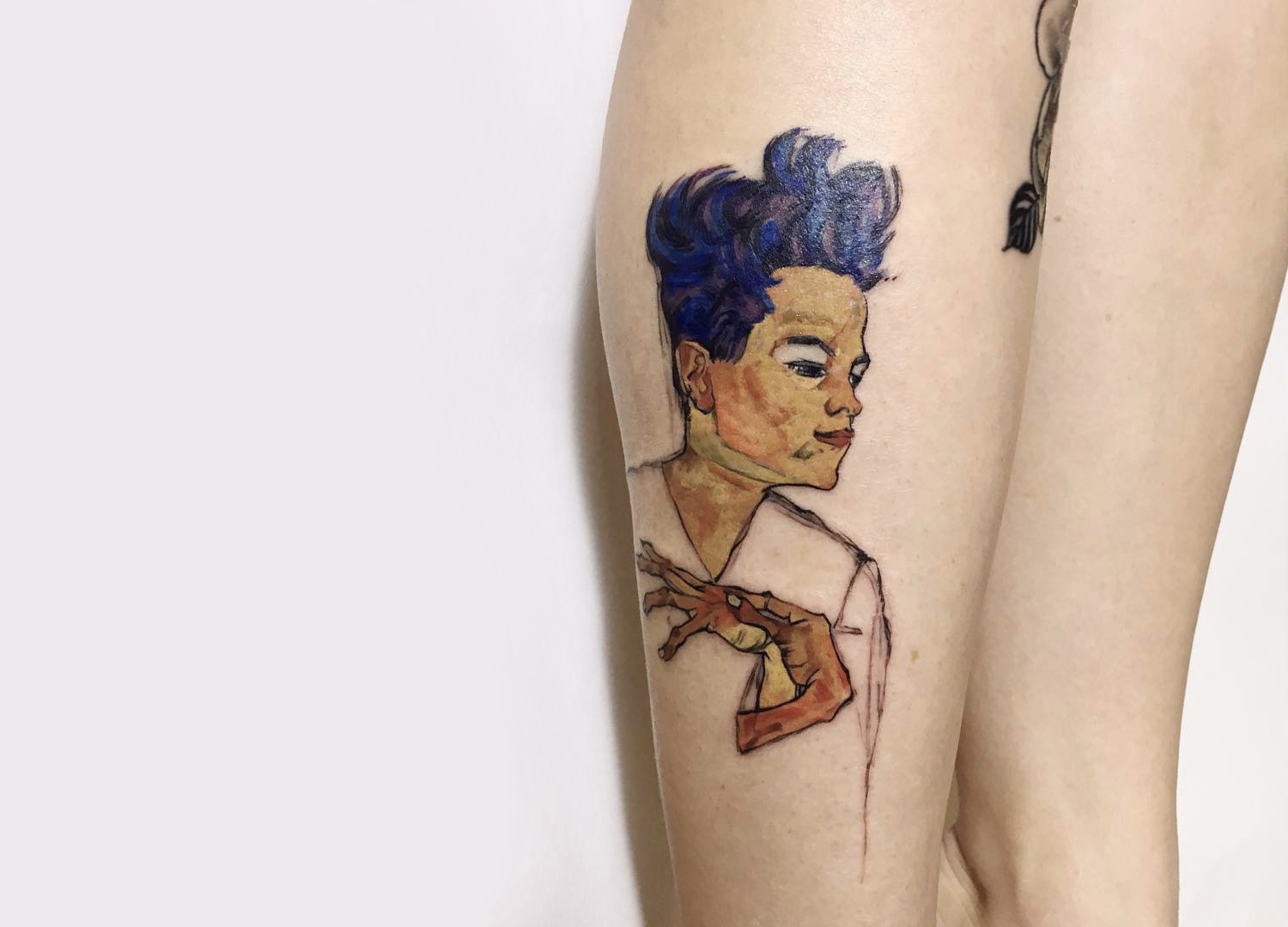 Rit Kit adapts┬ĀSchiele’s “Self Portrait With Hands On Chest” in full color. 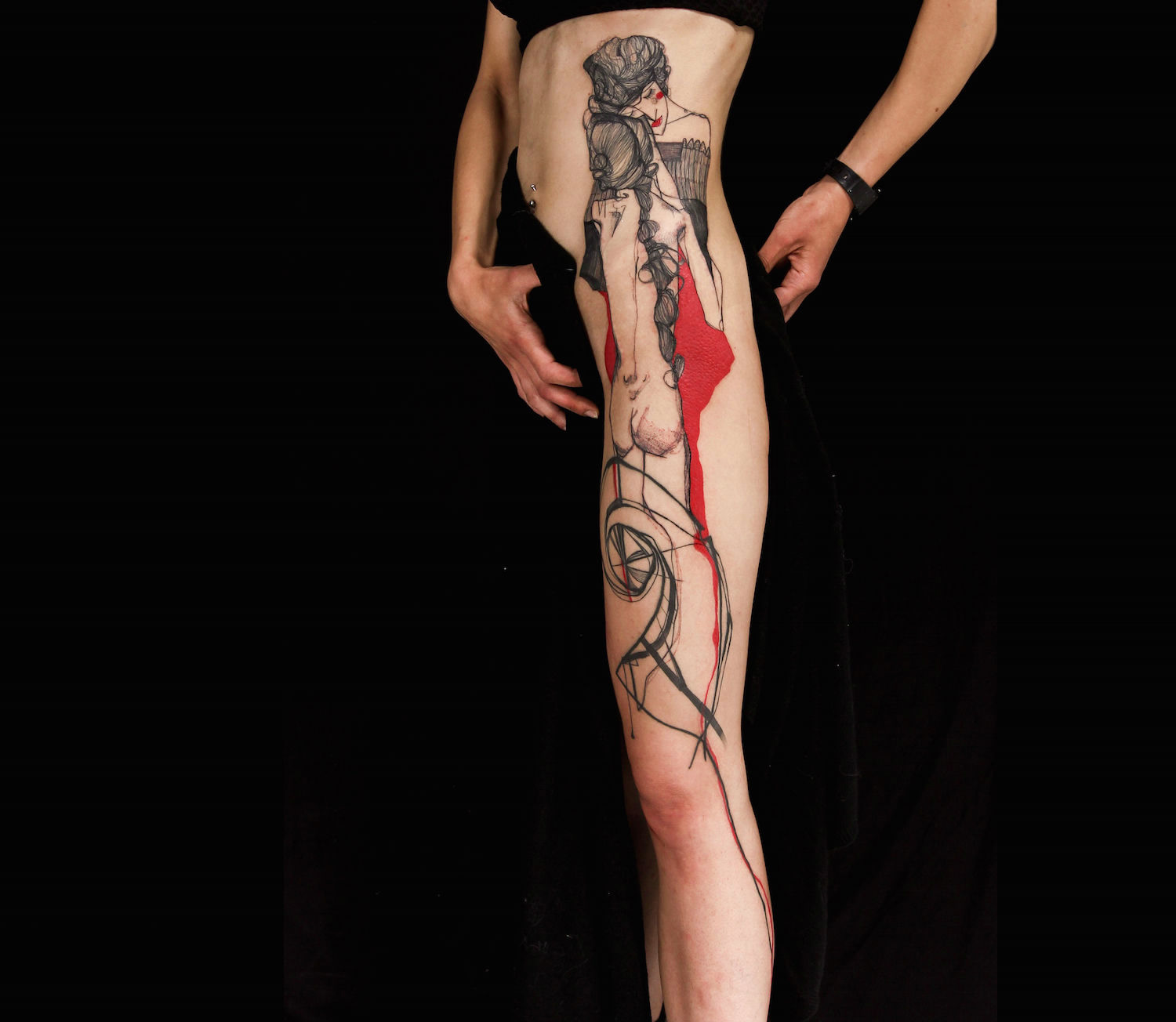